MetaNox aims to be a strategy based P2E game which runs on web3 ; By staking and strategically strengthening the overall defences and attack users can earn rewards 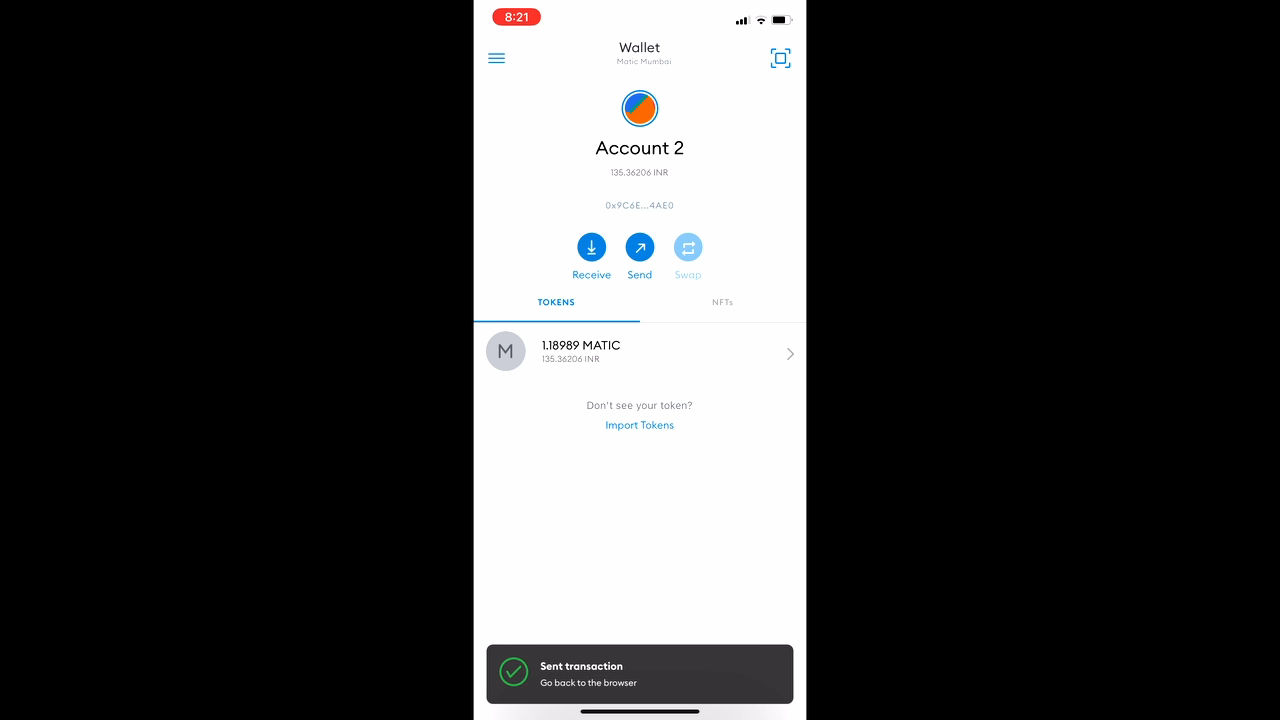 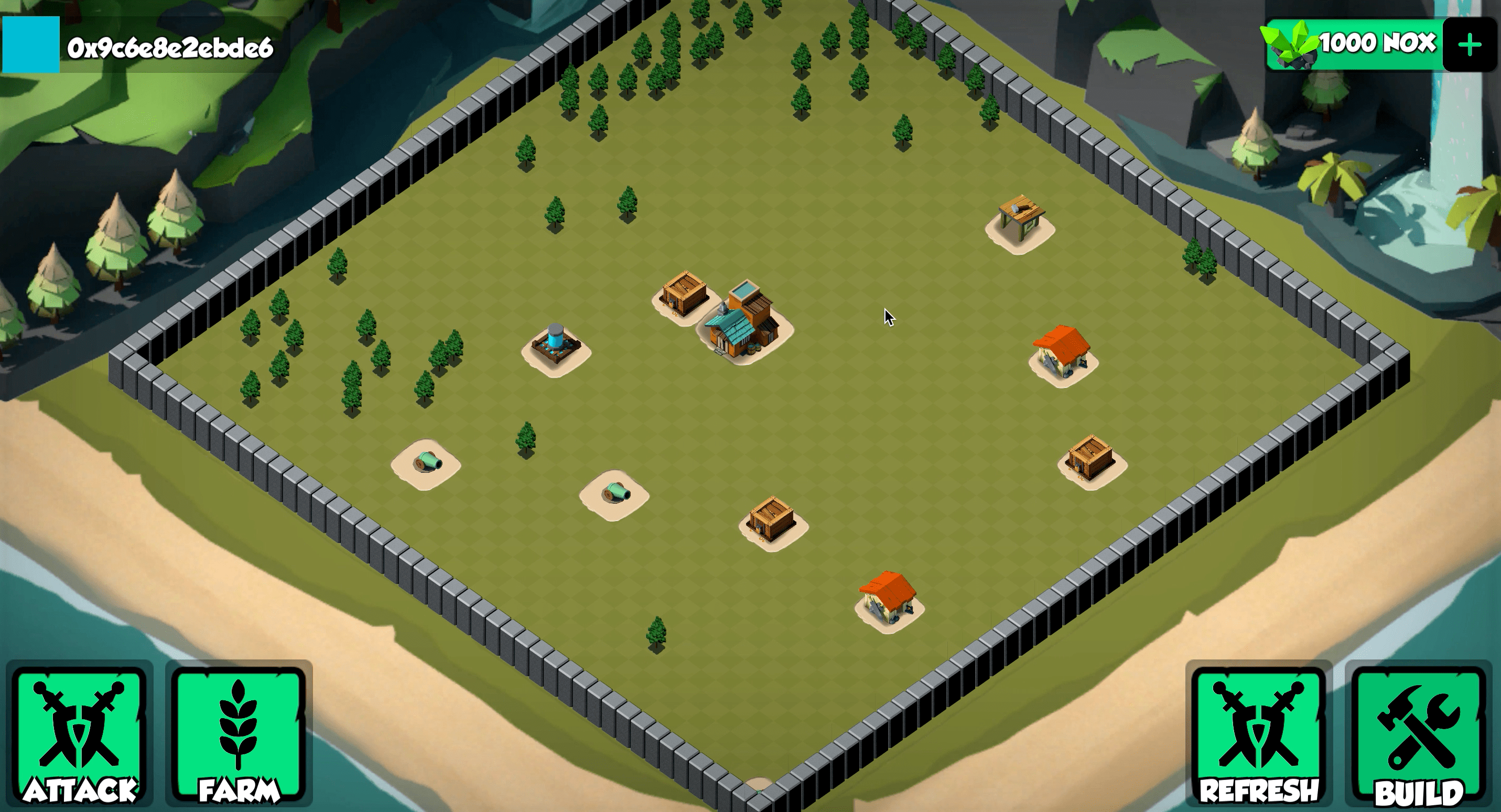 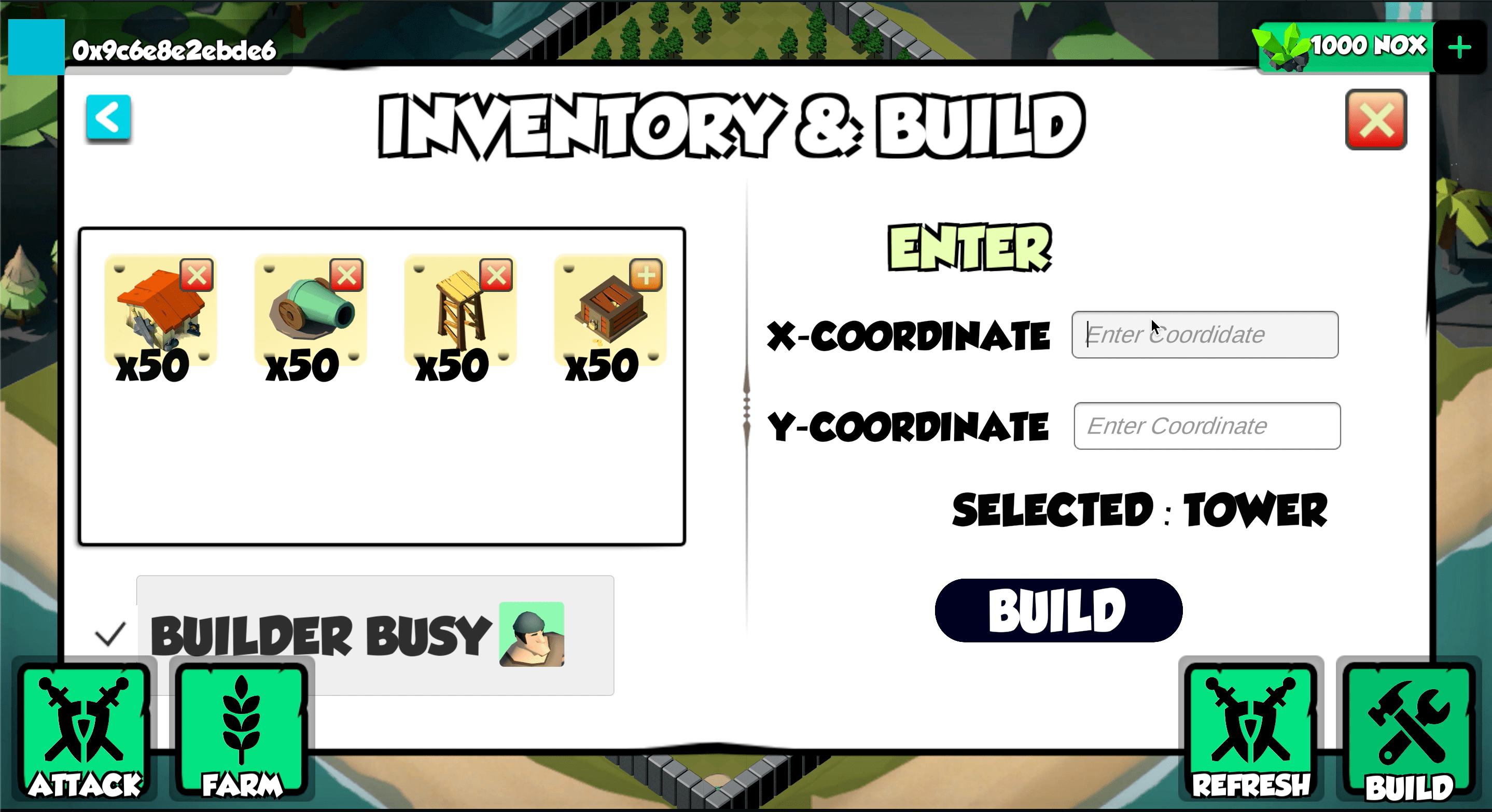 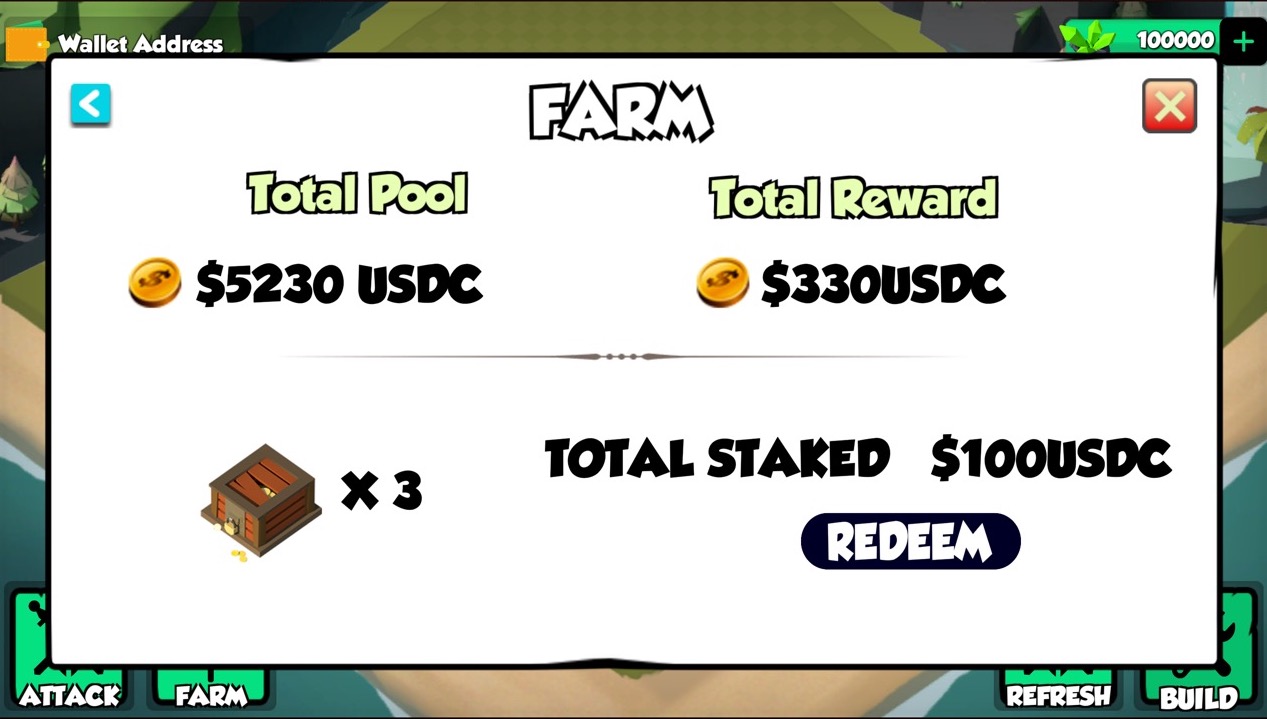 MetaNox is a strategy based web3 game - powered by Polygon; Each player has it’s own base and can add defenses (cannons, towers etc) and attacking (archers,warriors etc) to the base. Each base has a single builder a every asset takes time to build along with the in game tokens.Along with these there are gold boxes which are used in the farming model In farming mode, the users can lock in stablecoins into the gold boxes placed on their lands. In every farming cycle, the total pool of stable coins accumulated is deposited into the aave lending pool And the total interest generated can be redeemed by the players in the farming cycle. The redeemed amount cannot be withdrawn until the farming cycle has ended Once the farming cycle ends , the player gets back the staked amount and a random reward from the total interest generated. Also the player can raid on each others bases and steal the locked rewards of the other user. By staking and strategically strengthening the overall defences and attack users can earn a good amount from the rewards pool Know More: https://docs.google.com/presentation/d/1-1f_DsuN0j1pIparBW-sWHqy9wR8Z0Orss9Vmqm8QQs/edit?usp=sharing

Build on unity and moralis and pinata, polygon makes it extremly fast for contract and moralis web3sdk did made seamless user onboarding possible; integrating unity with web3 was difficult but moralis made it possible; also pinata helped host game assets in a decentralised way; would love to explore more on netherum library and build tools around it.