Allow for purchase of NFT Worlds land plots, and give unique data to each plot holder using Pinata Submarine 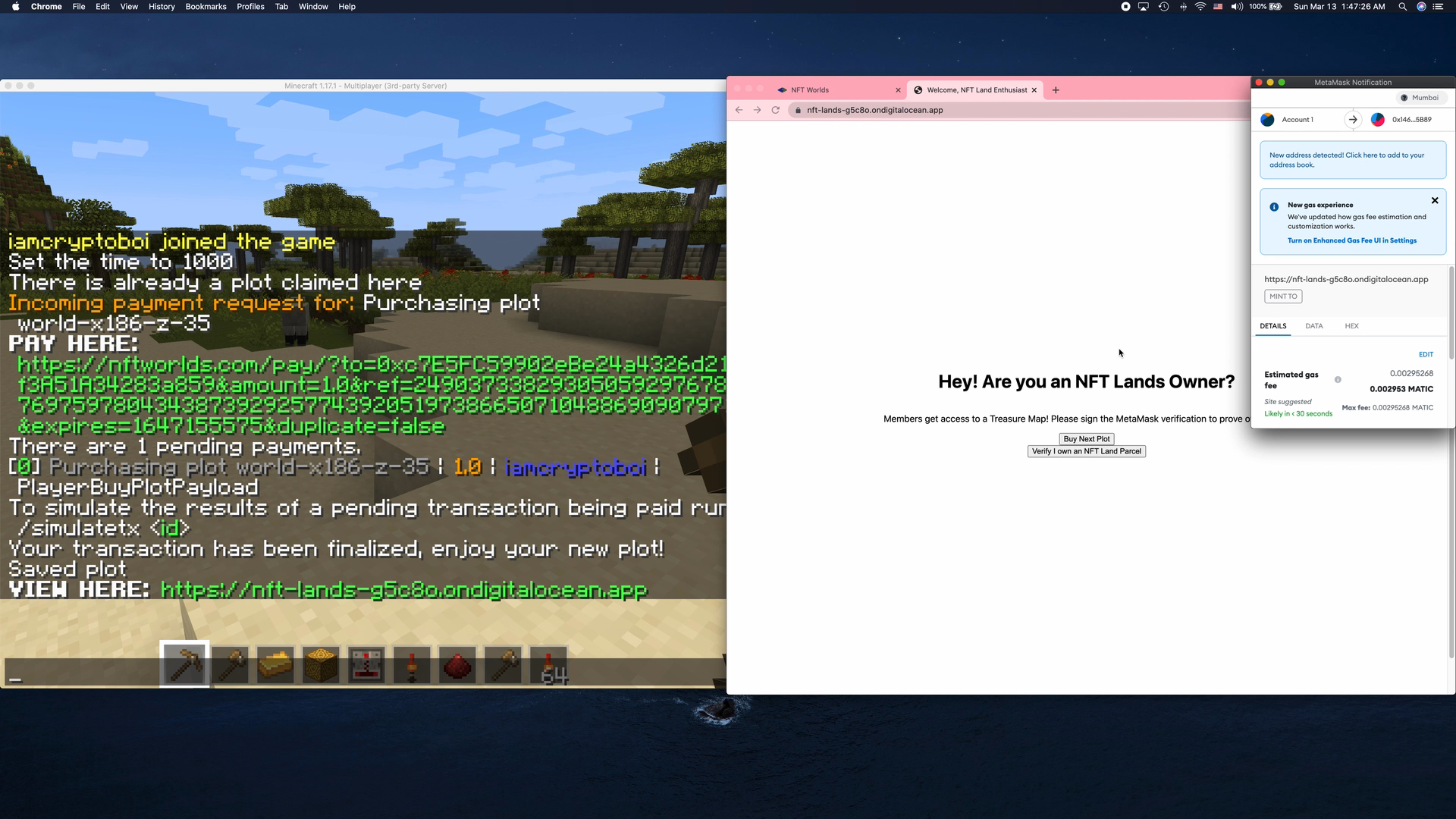 NFT Lands is a build-to-earn (similar to play-to-earn) Minecraft game built on NFT Worlds where players are rewarded to own land and build exciting experiences. Players also will have opportunity to earn by charging for experiences. Rewards will be based on voting by the community, which can be done in game and will be distributed from a server wallet based on milestones met in terms of number of votes. This encourages players to build attractive art, exciting mini-games, and exhilarating experiences for other players. When land is purchased by players, metadata (including land coordinates and ownership information) will be send to IPFS, which will be created into an NFT. This will enable decentralization and players to sell their plot of land in-game as well as out-of-game. To entice players to build, we will have a treasure map that leads to more earnings and can only be unlocked when land is purchased. Pinata’s Submarining feature is used to conceal the map until players verify their land holdings. Hidden treasure map is an innovative way to circumvent cheating players that use x-ray vision to find in-game treasures. 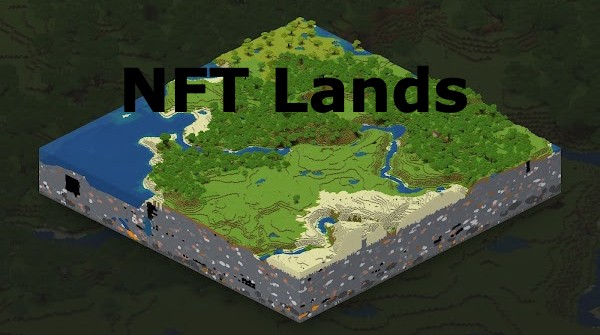 Here is how to used sponsor technologies: IPFS - store metadata (including land coordinates and ownership information) and to create NFT Pinata Submarining - hide treasure map data. Hidden treasure map is an innovative way to circumvent cheating players that use Minecraft cheats, such as, x-ray vision to find in-game treasures. Polygon - leverage inexpensive gas and fast transactions. $WRLD token can be sent gasless due to this and contract interactions are inexpensive. How are they pieced together? The player in game purchases land which then sends them to contract to pay and in return gets allocated the land and stored in IPFS. This is then visible on opensea as an NFT. Verifying this NFT gives the player access to another metadata, the treasure map, which is done by Pinata’s Submarining feature. Combining Minecraft (a game played by over 140 million players) and crypto was notable and impressed us about the possibilities of innovation.