Ollie Verse is an NFT Trading Card Game that allows player to create and mint their own trading cards. These trading cards can be traded and playable in the game. 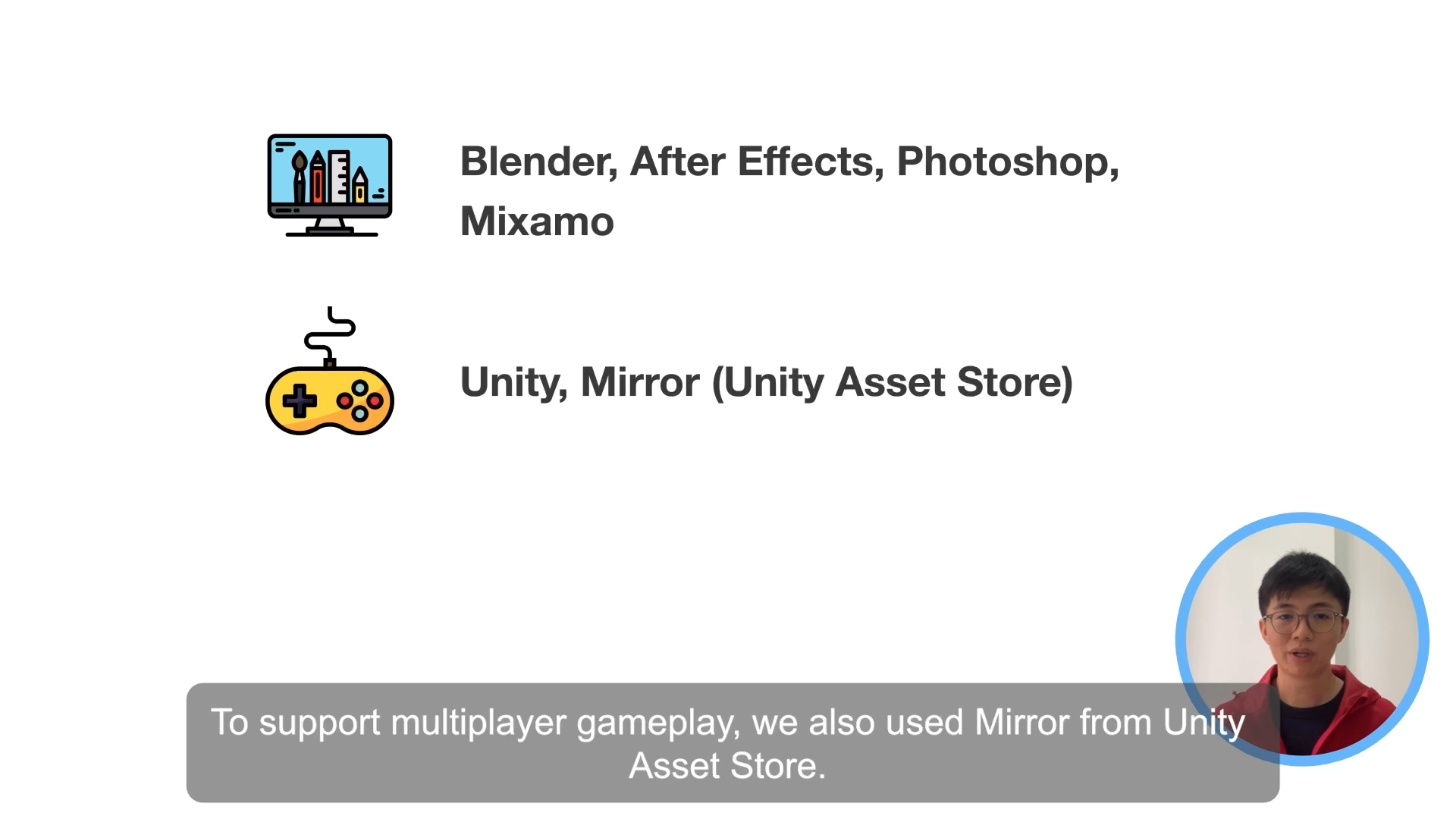 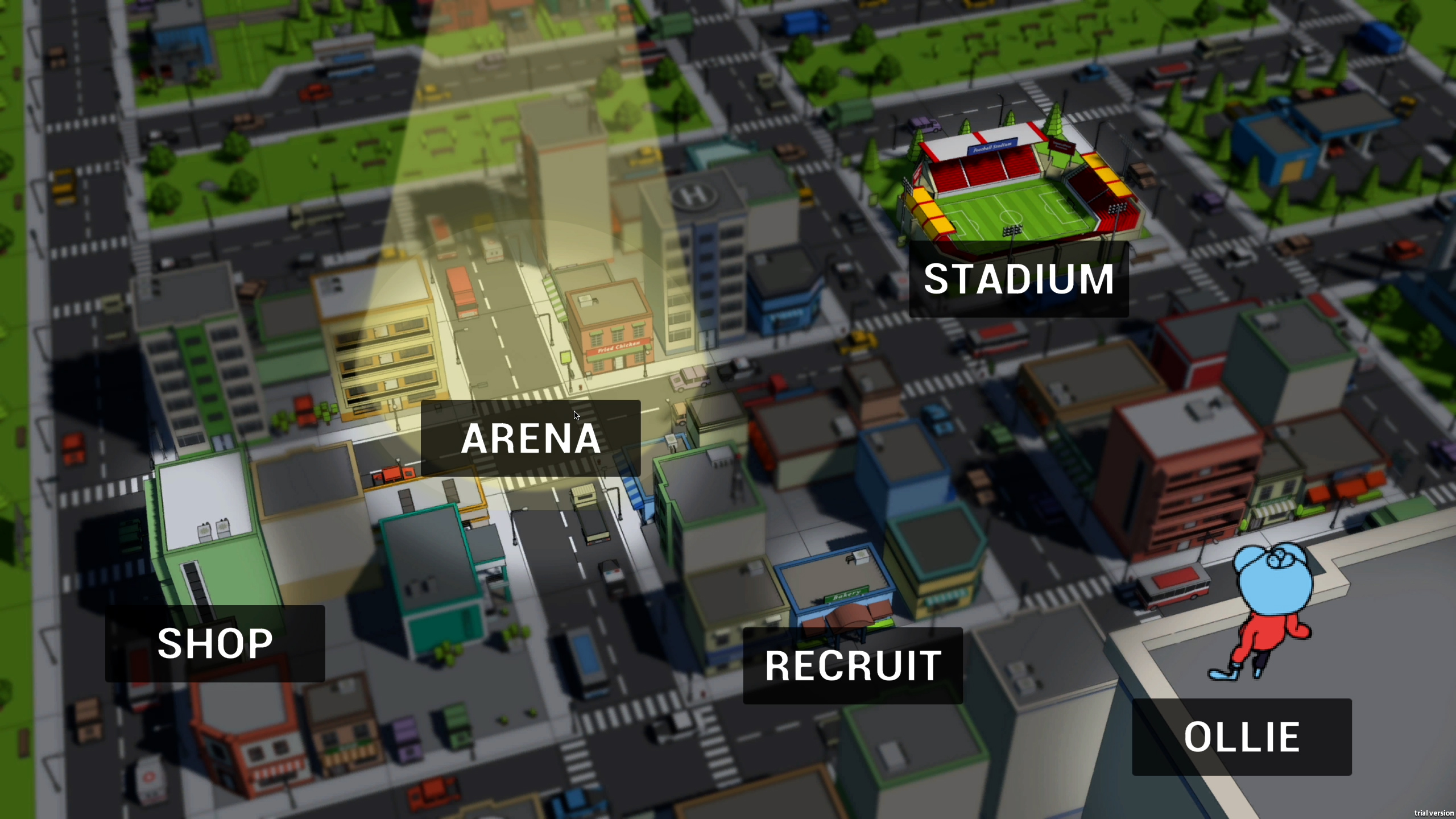 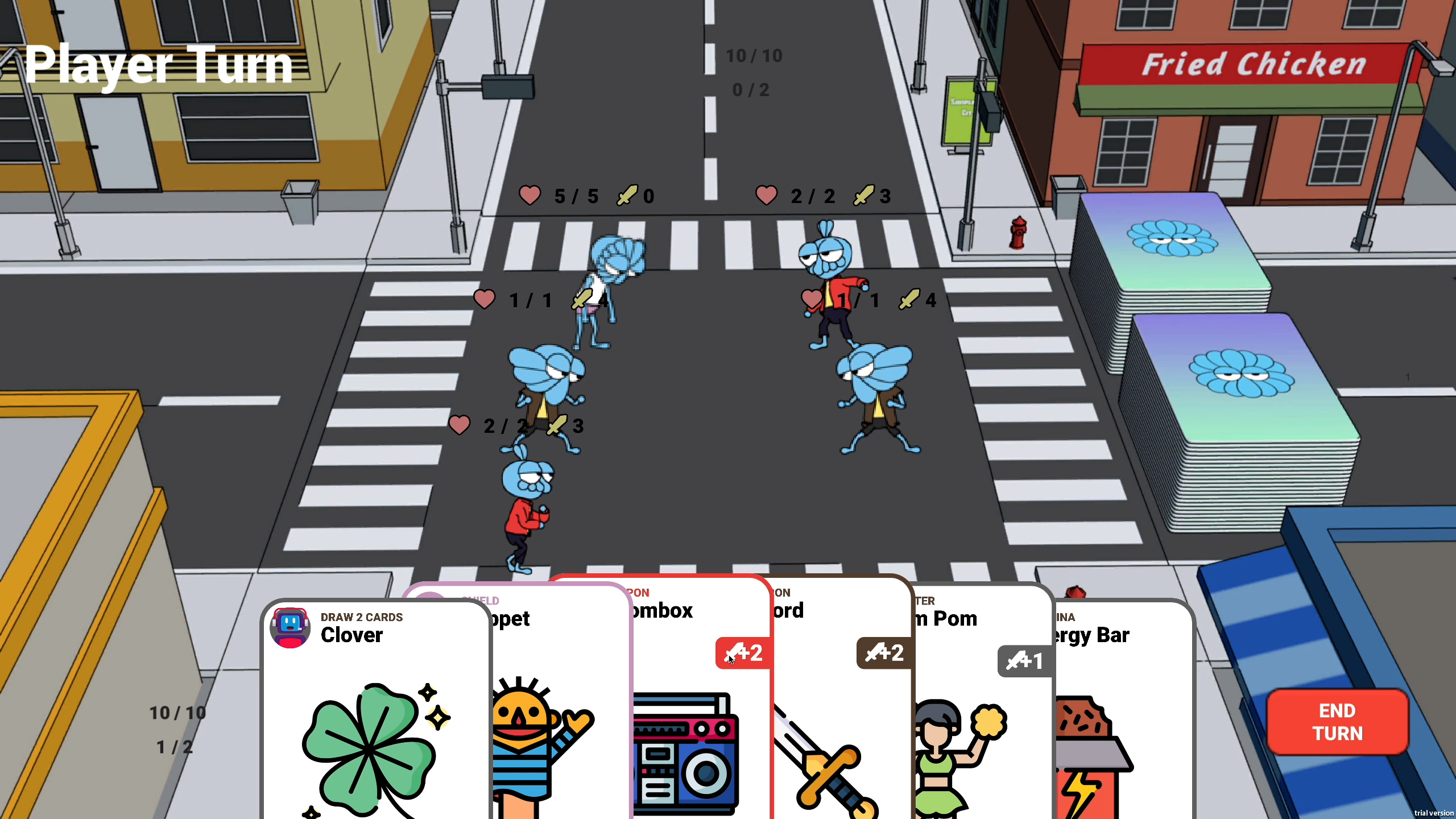 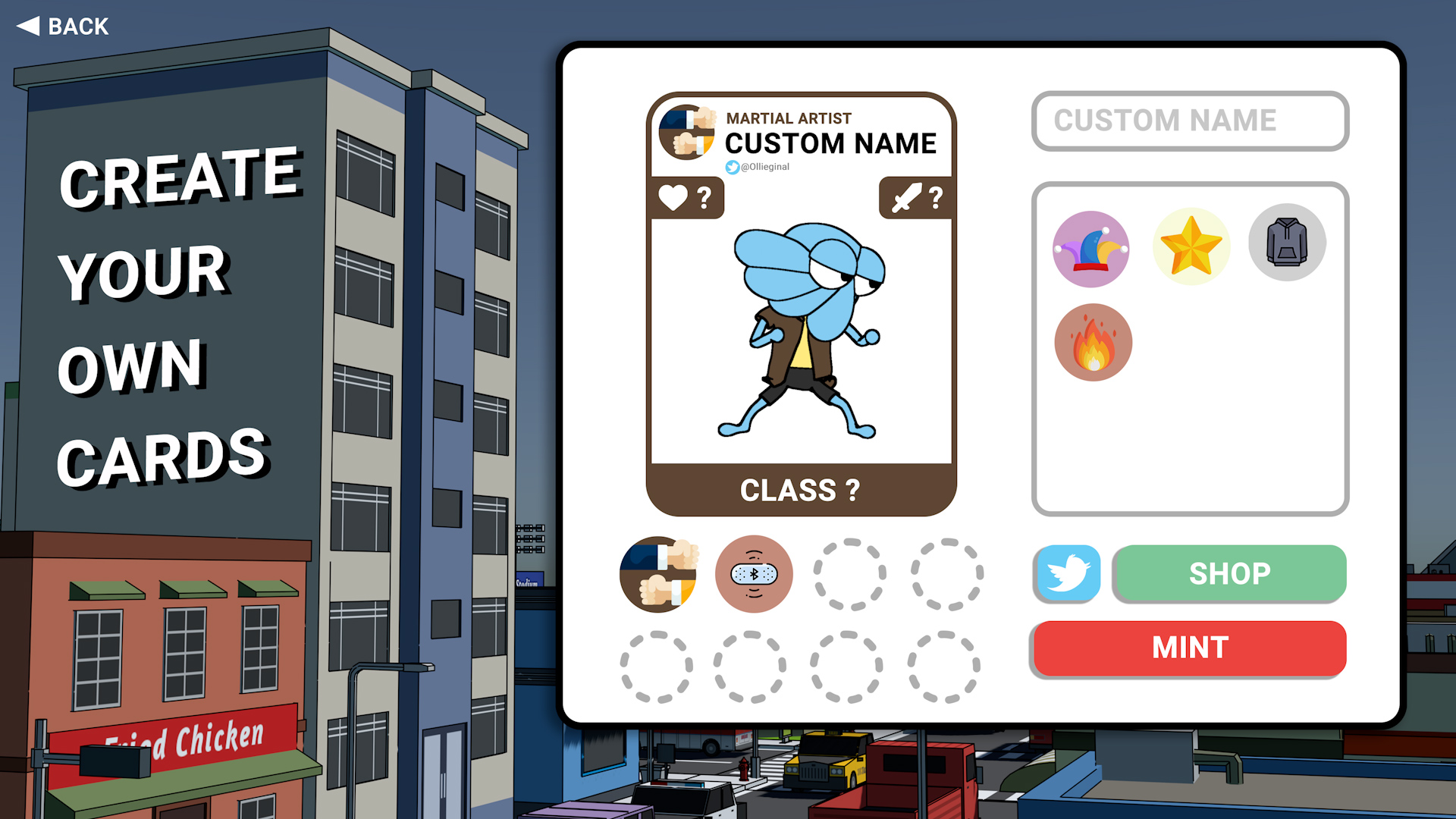 CONCEPT The concept of a Trading Card Game is not new, and so is the concept of NFT Trading Card Game. However, the rarity of a trading card is not decentralised because it is determined by the game creator. In other words, the game creator “owns” the rarity configuration of the entire game. So, we want to decentralise rarity configuration by giving players the power to customise and mint their own trading cards. In other words, the rarity of the trading cards is determined by: 1. The items used by the player during the creation of the new trading card. These items can be obtained after each game or purchased in-game. 2. The identity of the player who created the trading cards. Since the wallet address used to create the custom Trading Cards is stored in the blockchain, the authenticity of the trading card can be verified. In the future, the game will verify the identity of the player and include his/her Twitter handle on the card to show the original creator. As a result, the game creator has little control over the marketplace and the metagame i.e. the game of the game. In addition, players can sell trading cards as NFTs, which is playable when purchased by another player. Trading cards that are minted by the player will automatically appear in their OpenSea account, and players can list them for sale as NFTs. When sold, the trading cards are transferred to the buyers, and they can be used by the new owners to build their own decks. GAME MECHANICS Ollie Verse is a combat style trading card game with the goal to reduce the opponent’s health to zero. The combatants are known as “performers”. The gameplay is action-packed as the performers fight in the arena based on the cards played by the players. Rules • Player Health: 10 • Cards drawn per round: 2 • Stamina per round: 2 (Non-accumulative?)* • Cost of stamina per action (to summon performer and use power cards): 1 • Total performer slots available on stage: 5 • Cost of performer slot: o Class 1 → 1 Slot o Class 2 → 2 Slots o Class 3 → 3 Slots • Max card limit in hand: None • Max card in the deck: 30 • the Same performer can attack more than once in the same round: Yes* • Attack goes through performer and reduces opponent’s health: Yes Card Type: Performer Each performer has a set of Attack and Health stats. For this Hackathon, we created 3 types of performers: Martial Artist (High Attack, Low Health), Comedian (No Attack, High Health), and Dancer (Balanced Attack-Health stats). There are 3 classes of performers, namely class 1 to class 3. The higher the performer’s class, the greater the performer stats. While high-class performers are powerful, they cost more slots to be summoned on Stage. The class number determined the cost of slots i.e. the higher the class, the more the cost is required to be summoned. Card Type: Power Cards These are special cards that benefit the player and their performers. For this Hackathon, we created 4 Power Cards: • Energy Bar. Player gains 1 more stamina (Can take one more action) • Pom Pom. Increase one performer’s attack (+2) and Health (+1) throughout the game. • Lucky Clover. Draw 2 more cards • Ad Break. Stop opponent from attacking for the next round. Card Type: Performer-Specific Power Cards These are Power Cards that can only be used with compatible performers to upgrade performers’ Health or Attack stats. For this Hackathon, we created 3 performer-specific Power Cards: • Sword. Can be used by Martial Artist to gain attack (+2) • Boombox. Can be used by Dancer to gain attack (+2) • Puppet. Can be used by Comedian to gain health (+2) The effect of these cards will last throughout the game. Game Flow 1. Draw 5 cards for each player 2. One of the players will be selected to start first. 3. First player draw 2 cards. 4. Player can perform 3 types of actions and each action costs 1 stamina: 1. Summon performer 2. Use Power Cards 3. Attack opponent’s performer or opponents directly. 5. When attacking an opponent’s performer, the player’s performer takes damage from the opponent’s attack and vice versa. 6. If player performer’s attack > opponent performer’s health, the "remaining" attack “hits” the opponent player directly. 7. Performer can hit opponent player directly if the opponent has no performers on stage. 8. The game ends when one player’s health is zero. CUSTOMISING AND MINTING One of the main features of Ollie Verse is the custom creation and minting of new Trading Cards. After each Trading Card gameplay, players can collect items that can be used to customise and create new Trading Cards. For now, the following are customisable: Performer name Background image In near future, we’ll be adding more features that can allow players to customise even further. To create a performer card, players need to use at least two items: 1. A certificate item, and 2. Any other items. A certificate determines the performer “type”, such as Martial Artist, Dancer, and Comedian. The additional items can be added to the slots and they are seen as “useful” items that build the performer’s stats. For example, a “Bluetooth speaker” item would be more useful and gives better attack and health stats when used for a dancer. Type of Items For now, there are 3 types of items: • Certificates. The choice of certificate would determine the type of performers that’ll be created. • Weapons & Tools. To enhance the overall Attack and Health stats of the performer. • Background Image. To further enhance the overall stats of the performers. In addition, Weapons & Tools and Background Image are further sub-categorized as bronze, silver, and gold to reflect Class1, 2, and 3 of performers that will be created respectively. Before minting, the stats of the performer is unknown i.e. (Attack:?, Health:?, Class:?) because they will only appear after it has been minted. Then, after minting their own Trading Card, players can either put it up for sale in a marketplace such as OpenSea. Alternatively, they can also start using their newly minted card for the next gameplay. 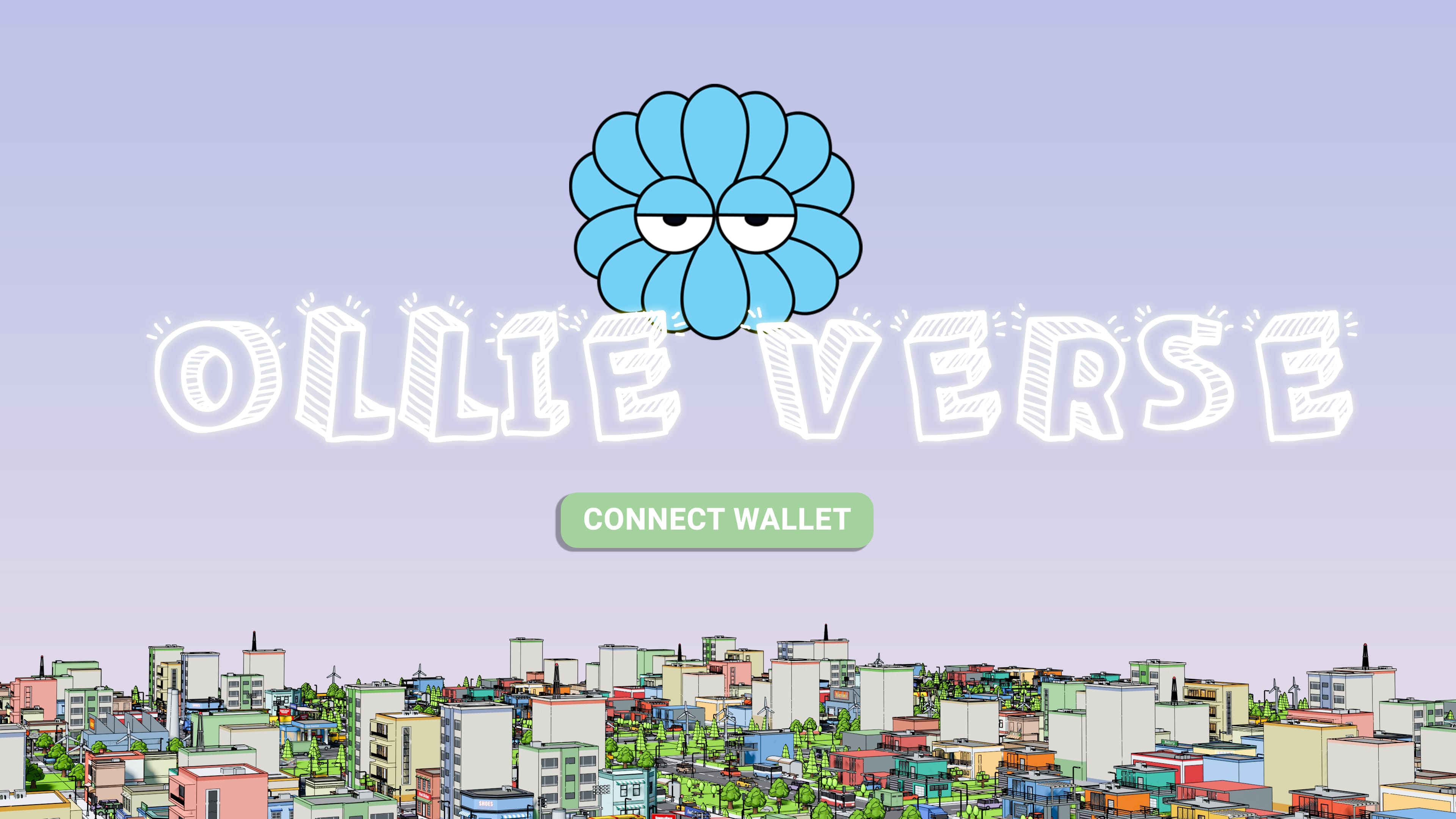 DESIGN The characters and background scenes were created in Blender. For the performers, we used motion capture data from Mixamo to bring the performers to life. In total, we created 3 types of performers and each of them has 6 types of animations. GAME ENGINE The game was built using Unity. During the Hackathon, we created the following scenes: • Login: To allow players to log in with their Metamask Wallet • Stage Selection: This is the scene for stage selection and basic player setting configuration. • Arena: This is a multiplayer gameplay mode. • Stadium: Single Player gameplay mode with bots for training purposes. • Recruit: This scene allows players to create and mint their own trading cards. To enable multiplayer mode, we also used Mirror from Unity Asset Store. WEB3 The following are the tools used for blockchain-related features: ChainSafe SDK. To allow players to log in with Metamask wallet using the Polygon Network. NFTPort. We used NFTPort to enable in-game minting of the customised Trading Cards. Since minting is free, there is no need for the player to leave the game to sign a blockchain transaction. We also used this as a promotional feature for new players to create and mint up to 5 Trading Cards for free. Tableland. We’re using Tableland to store all gameplay, player, card and item data. In total, we created 13 tables in Tableland to store relevant information. IPFS. To store the image and metadata of the NFT Trading cards, we used IPFS to store all card images.