A 2D top-down - rally game, embracing the power of web3.0 to mint your own car and compete with others

Rally game created in React with Phaser 3 engine - players have to mint firstly their own NFT as driver profile and car specs, then then can take a part of rally, and compete with others. Additionally, on the track there are billboards with ads that can be bought as a metaverse land so that whoever own the related NFT, can change the advertisement. 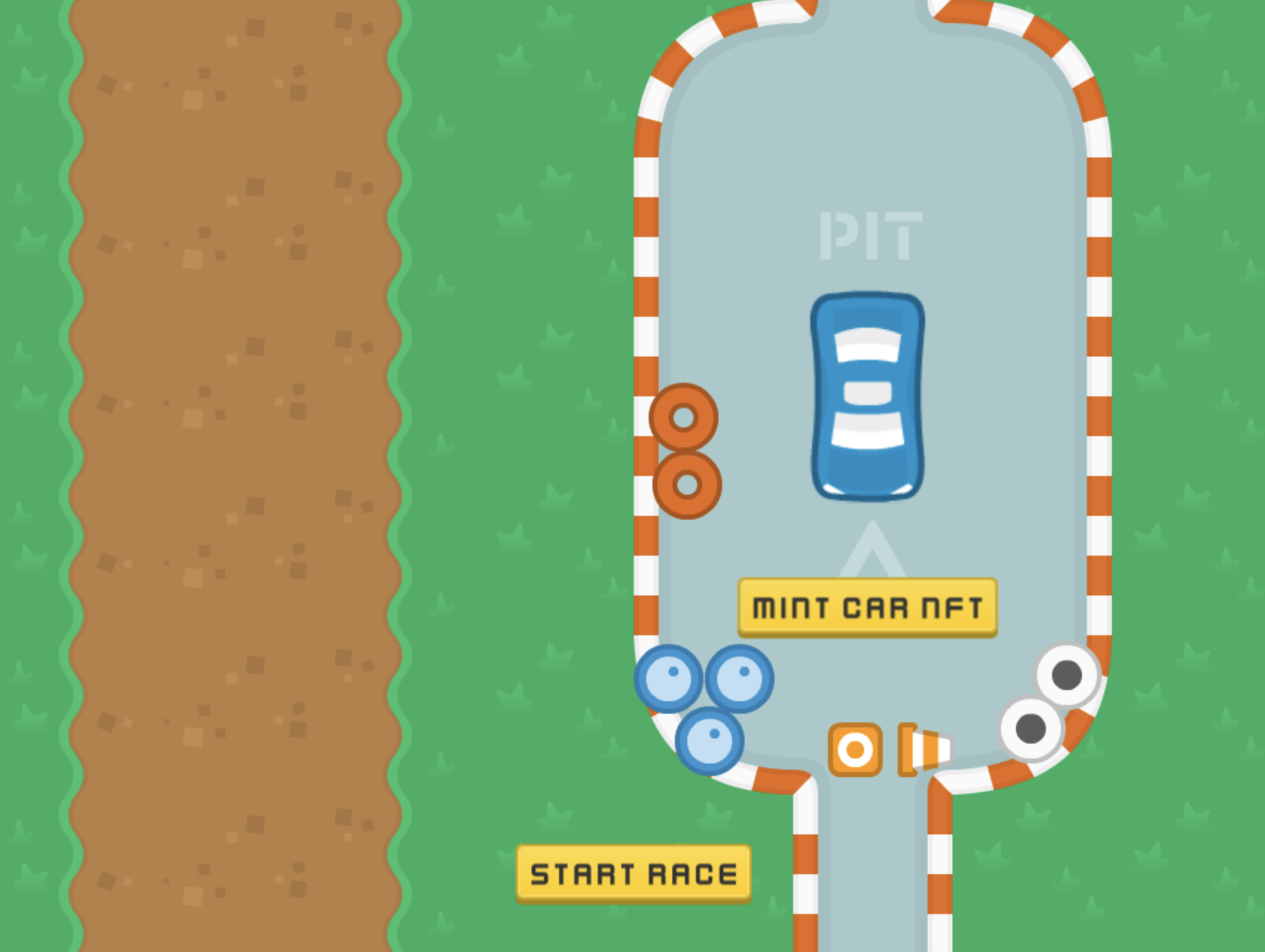 On the frontend it uses React and Phaser 3, the smart contract is written in Solidity, and deployed via Alchemy and Hardhat to the Rinkeby test network. Ads can modified thanks to the power of Tableland. There are other tools used such as ethers, IPFS storage, and Moralis. Possibly Moralis can be used to store users data such as times, and even showing other players on the map. With ImmutableX players could resell their cars on the ImmutableX marketplace, and the same it applicable for ads.