Swift is a decentralized HTML play to earn game based on popular Memory Card Game. 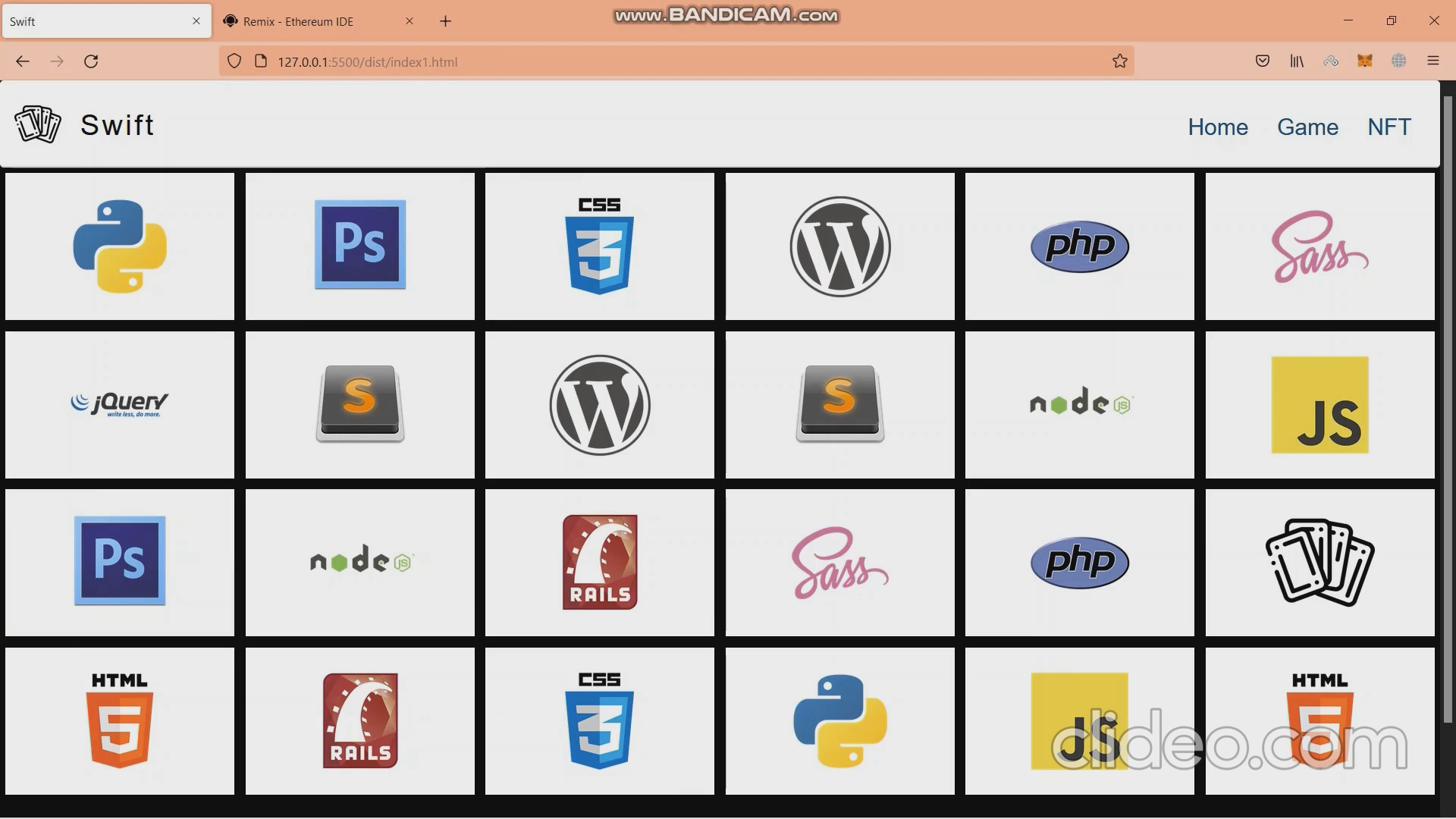 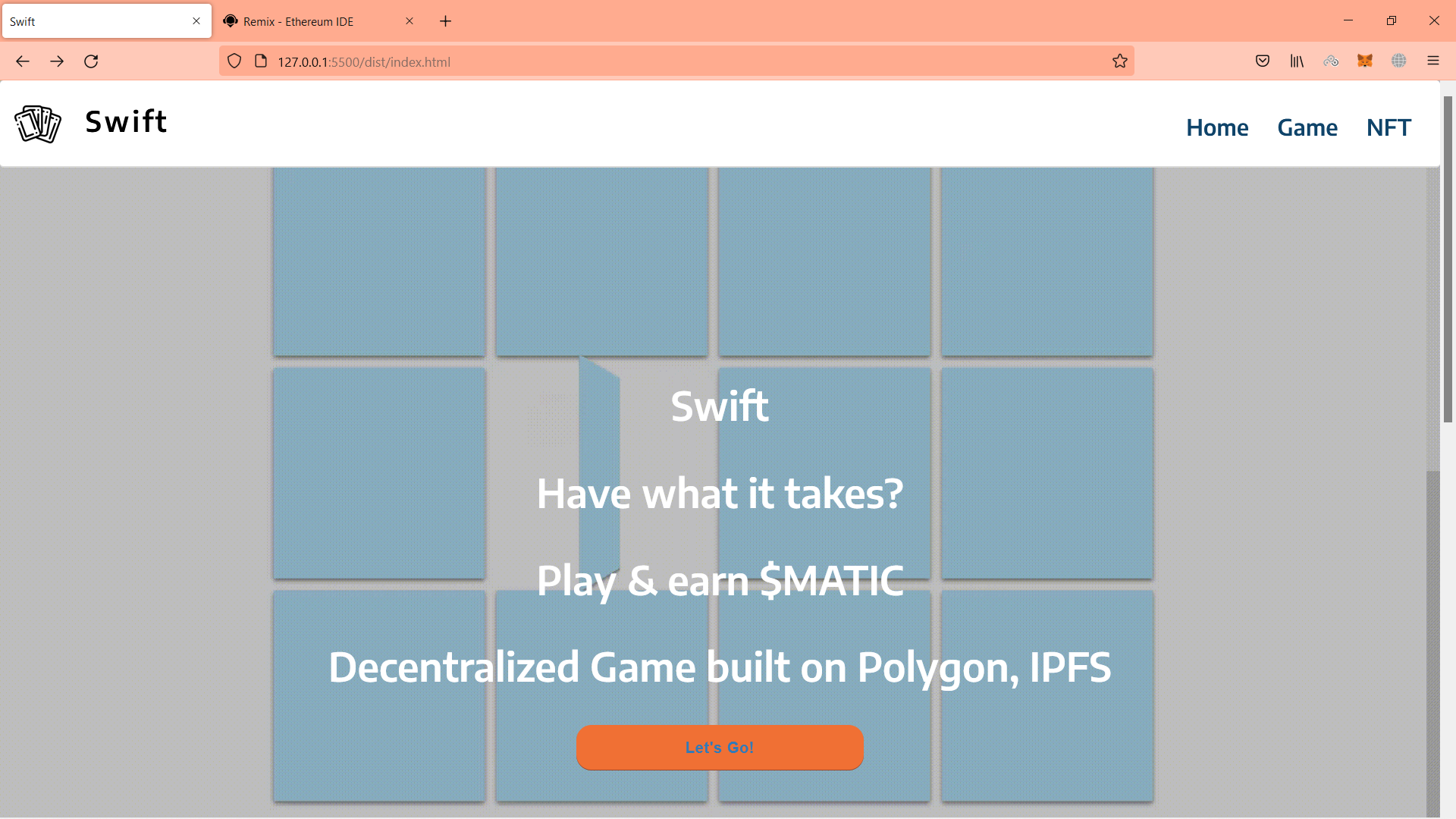 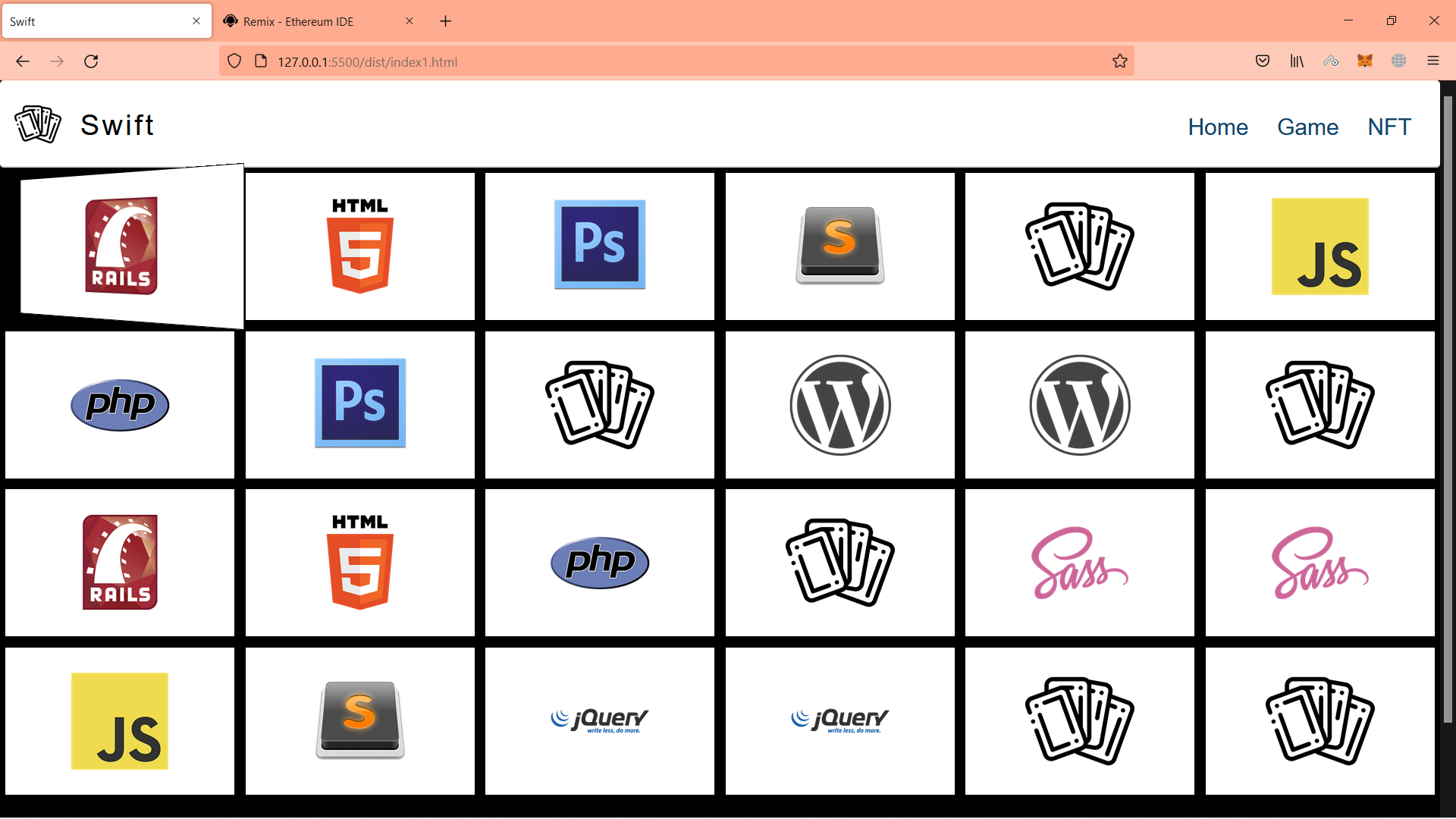 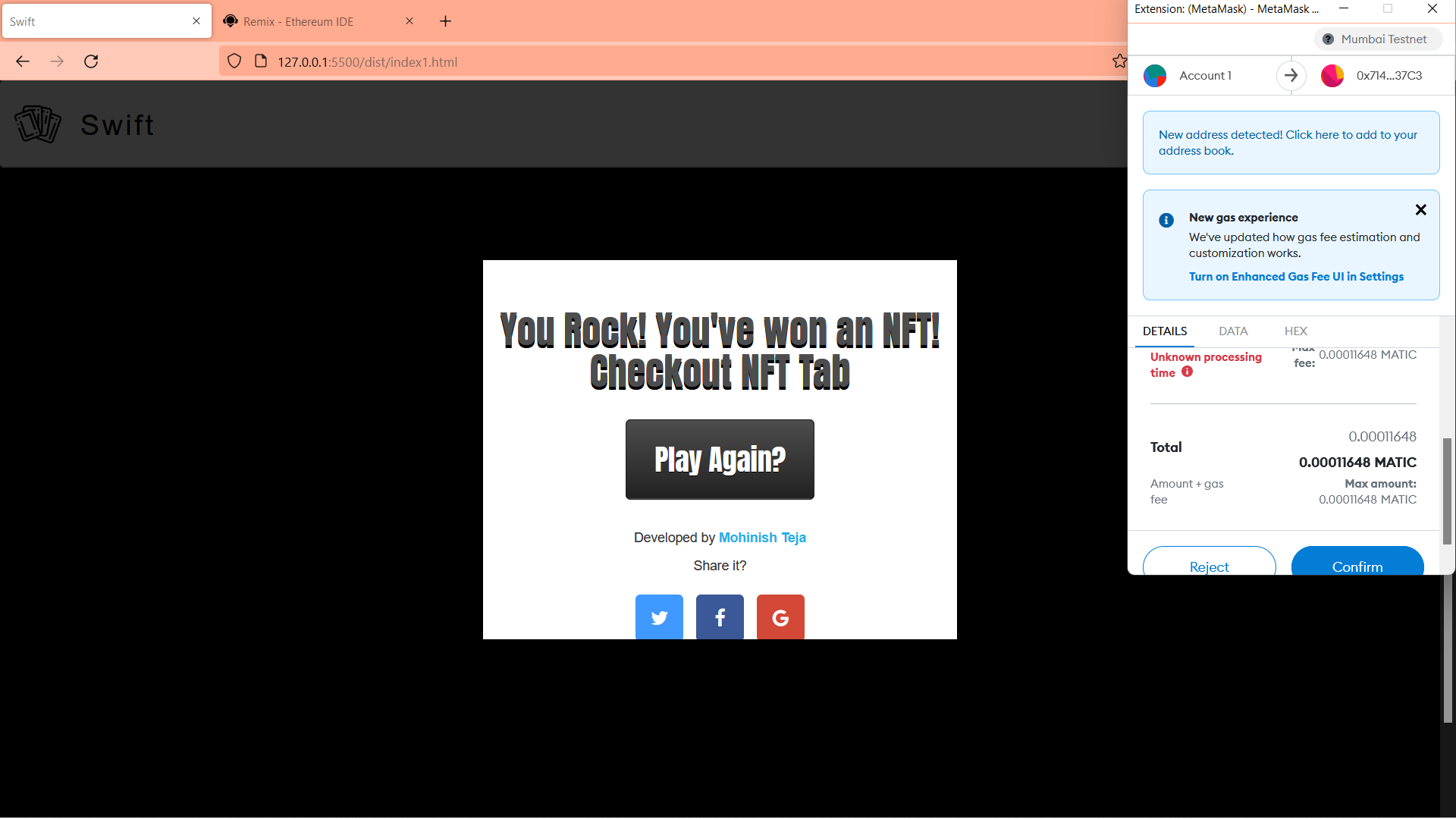 Swift is a decentralised memory card game with which you can earn by staking some amount initially. Faster you finish the game greater will be your returns. Exclusive NFT's will be minted to User upon completing different levels. This DApp is designed for people of all levels of expertise, ages and is a fun game to play. Blockchain and Crypto newbies can easily use this DApp without much efforts. Main bottle neck problems for crypto and blockchain mass adoption are Gas fee, Transaction speed. Solutions to all these key issues are addressed in this DApp thus making it friendly for newbies and even experienced ones. Smart Contract automatically disburses the stake after completion of game based on time taken. Users who finishes the game in less than 40 seconds gets twice their staked amount of MATIC whereas users who finish it between 40 to 80 tokens get 2.5 times their staked value. Users who play for than 80 seconds gets only half of their staked MATIC. According to a study over 80% of users cannot complete the memory card game within 80 seconds initially thus maintaining the equilibrium between Winners and Losers. Probability of finishing the game in a single go is 1 in 32,000 times which is very favorable for smart contract. Smart Contract hence has enough tokens to payout users based on their performance. As this is a game which requires quick response from blockchain network, Polygon stands out for Faster execution and lower gas fee.

Entire DApp frontend is built using mainly JS and HTML. Smart Contracts are written in Solidity and deployed through Polygon network for high scalability. IPFS is used entirely to store all the images and deployed through Fleek platform. NFT's are also minted and stored in IPFS. Swift is a beginner friendly play to earn HTML game. Simple and minimalistic UI is used all over the Swift along with beautiful backgrounds and colors.