Competitive wordle, think wordle battleship! Choose a word for your opponent to guess and win NFTs. 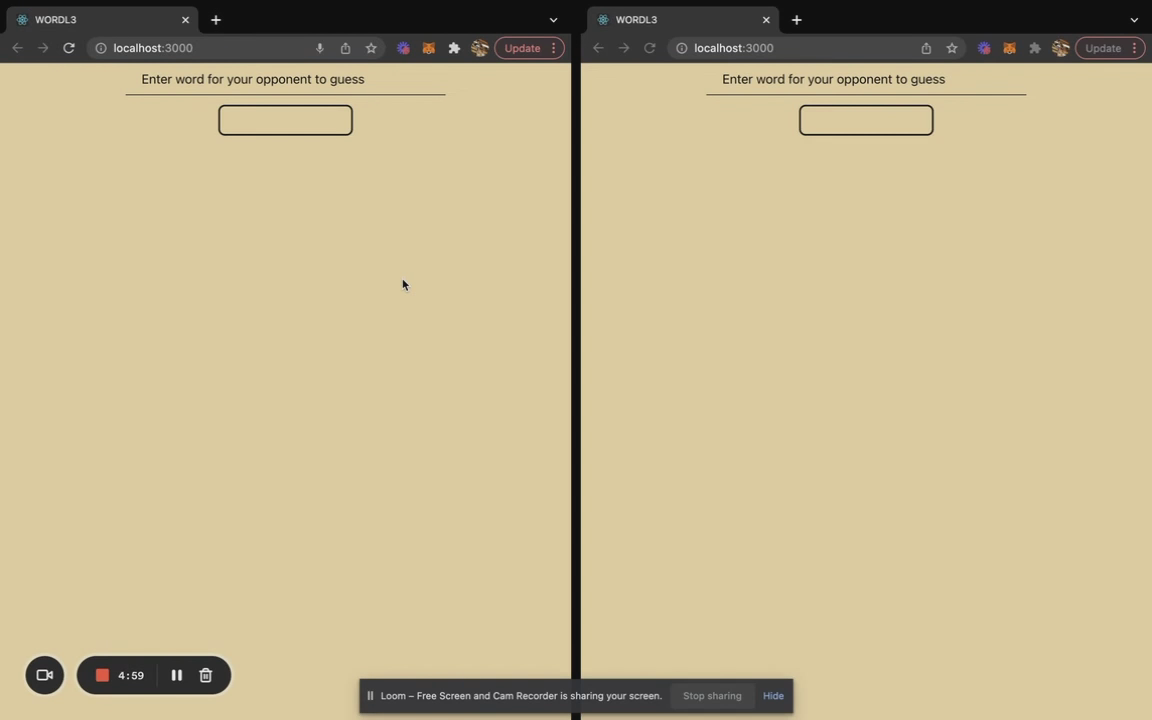 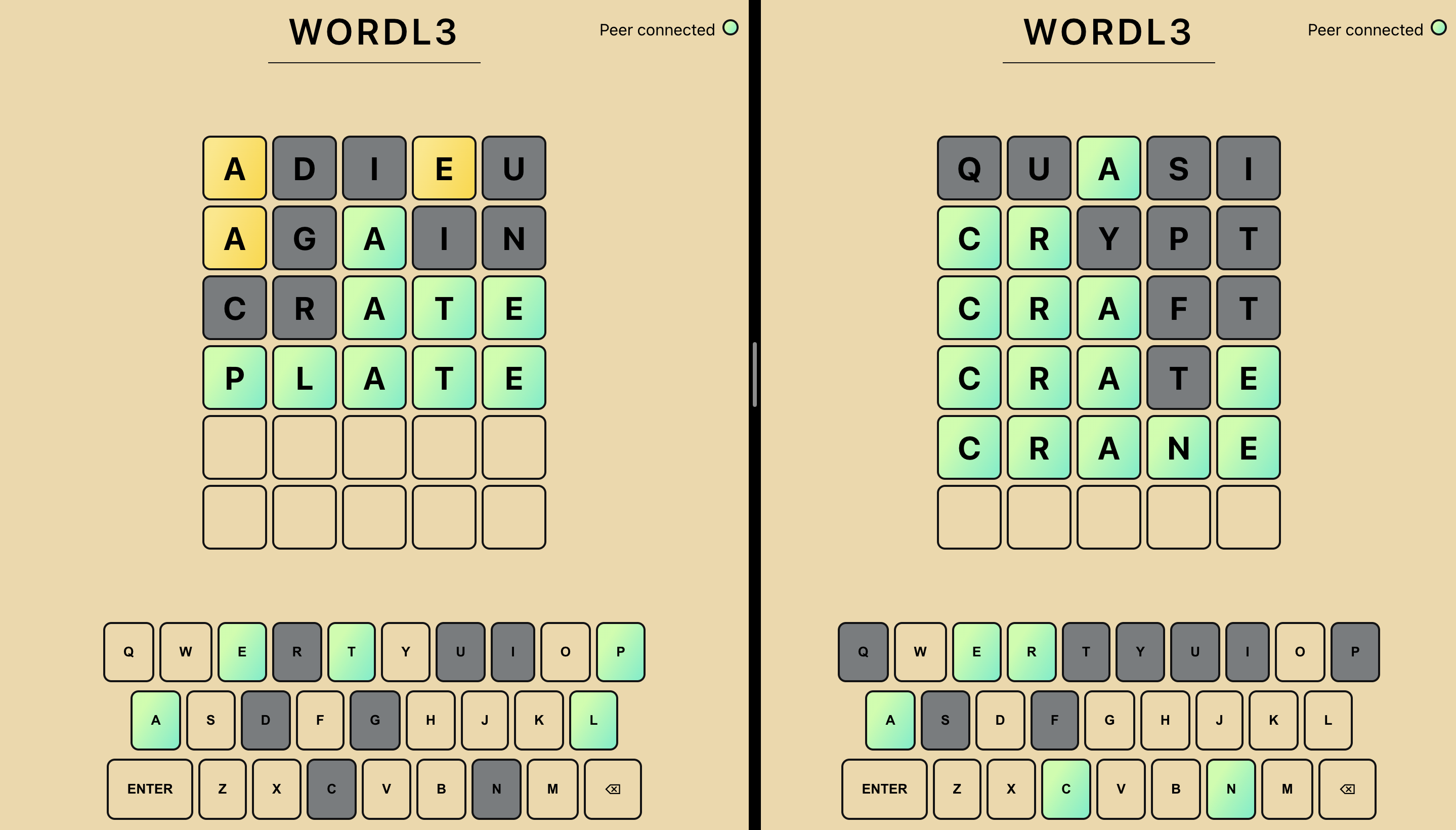 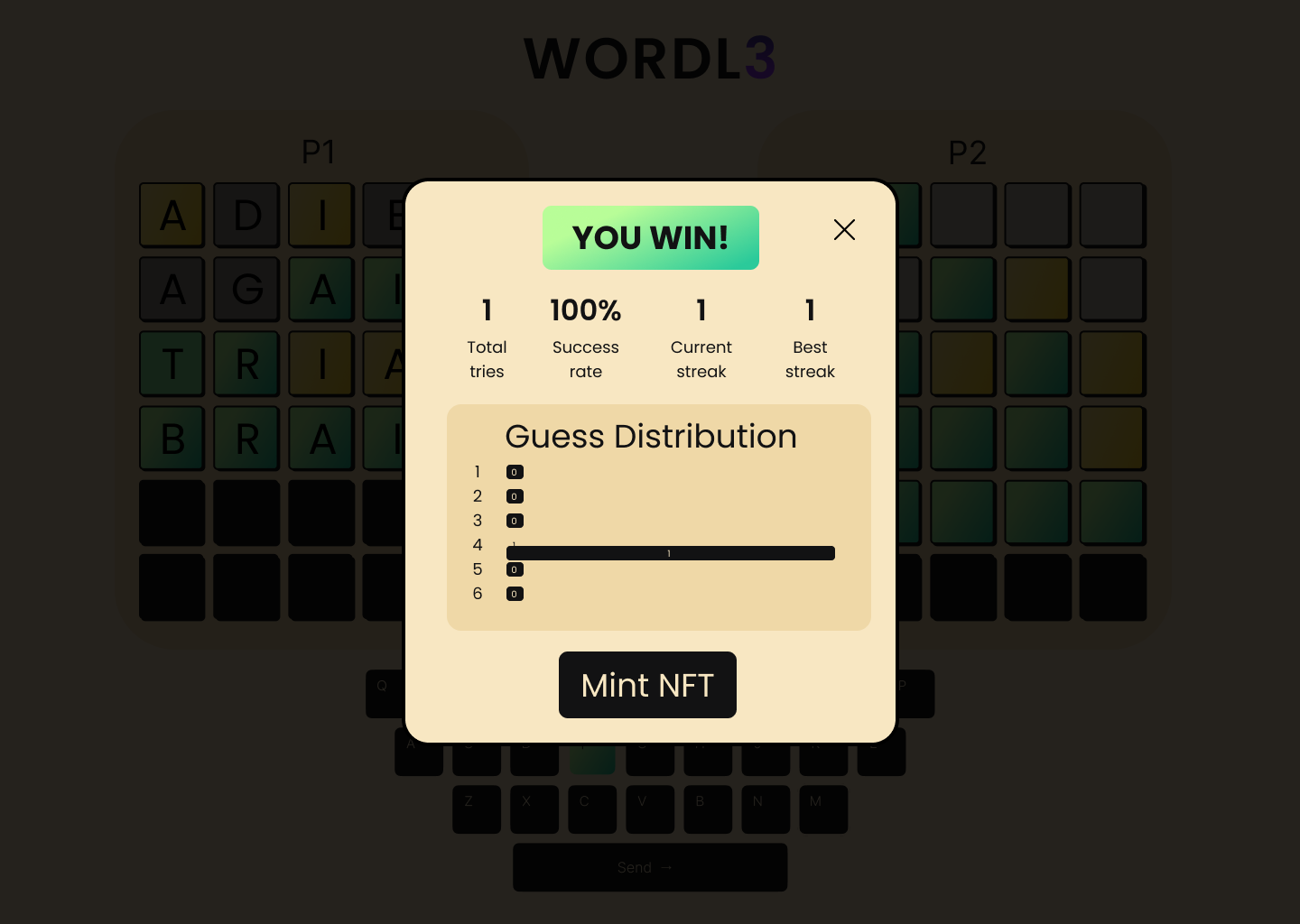 Being brand new to web3, our team wanted to decentralize a popular HTML5 game. We picked Wordle, as it is super popular amongst us and our friends. We wanted to build something we can share with our family and friends. Enter WORDL3, a multiplayer game built over IPFS. Players can play wordle against an opponent. There is no way to cheat in this multiplayer game, because it is operated on P2P networks on IPFS! That means no centralized server that could be hacked/backdoored, no cheating by changing your opponents word half way. Winners win NFTs of their score that they can use to brag to everyone else, and show off on their OpenSea account! Future plans include the ability to link wallets, send invite codes, stake/bet an amount of crypto for the game, and win the prize pool from the bets. 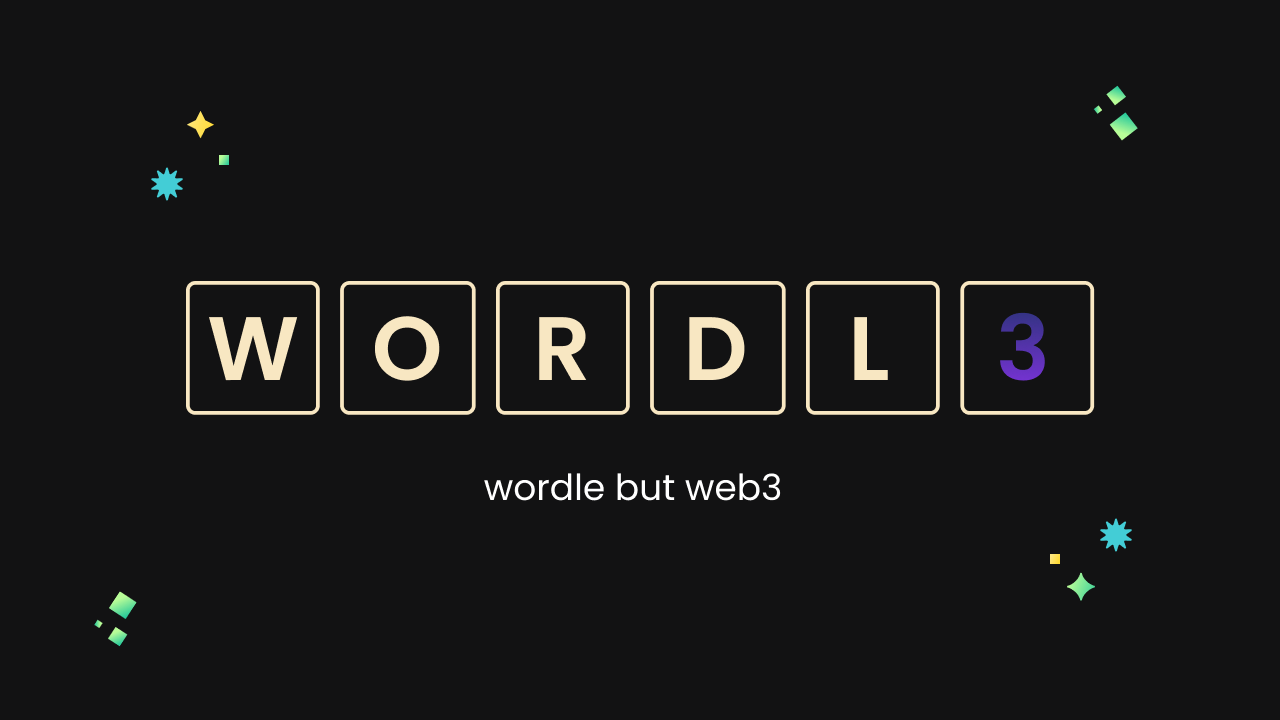 Because the game is implemented without a centralized server, we had to come up with a custom protocol to restrict players from cheating, while still making the game playable. Over IPFS, players send each other hashed versions of their "target word". This will be used to verify game authenticity later on. To play the game, each player sends each other a guess. This guess is passed to the other player. The other player's client will calculate the game state based on the "target word", and pass the game state, without the solution, to the player. Then, at the end of the game, the player receives the "target word", which the client now hashes to verify that the player who gave the target word didn't cheat. We utilized IPFS pubsub to communicate between clients, over the P2P network.