Bao Wao is a DAO's best friend. Modular DAO smart contracts to help deal with the many facets of running a Decentralize Autonomous Organization. Complete with on and off-chain options, and a library of community contracts, BAOWAO will help form the perfect DAO for your use case. 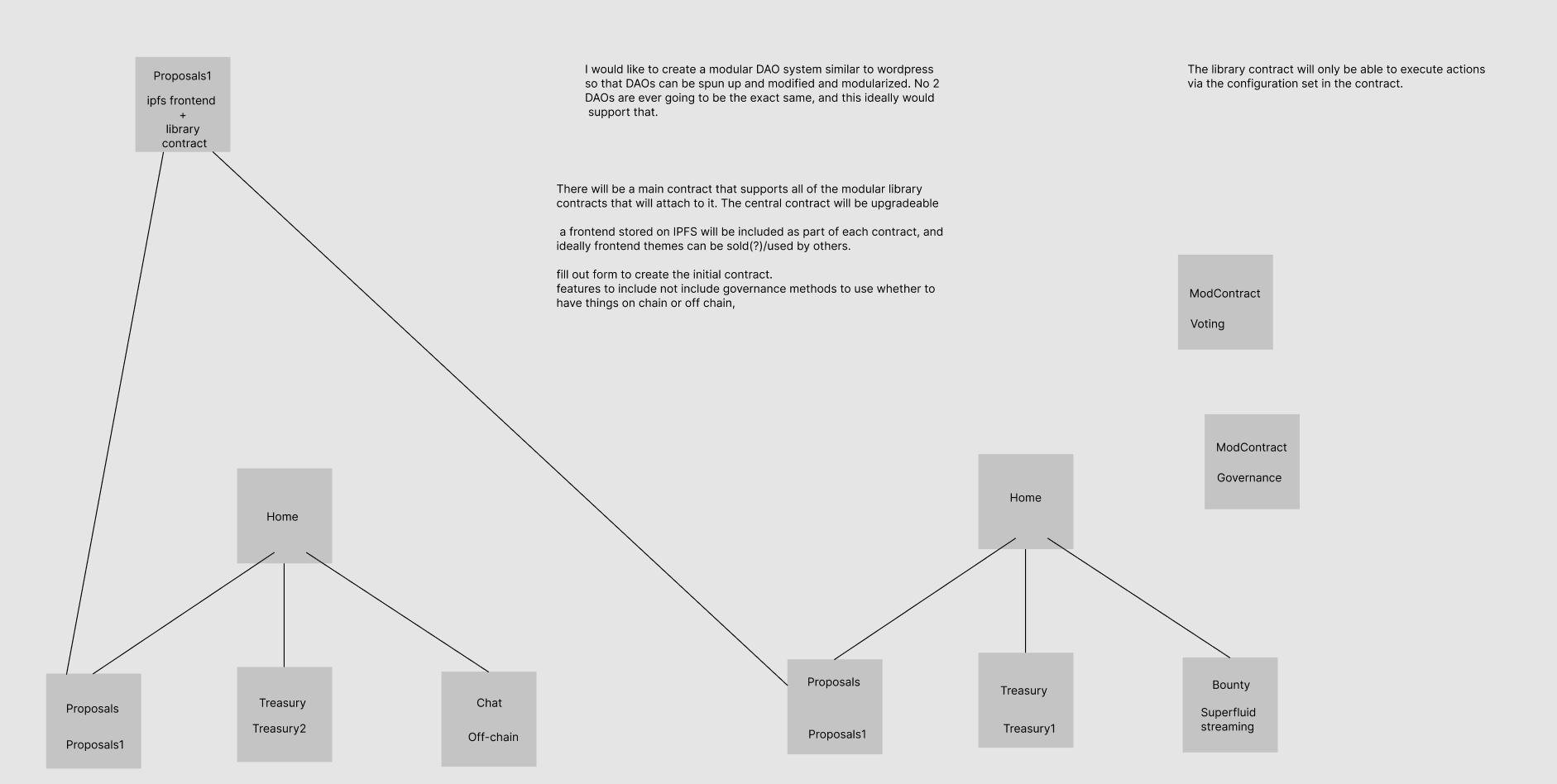 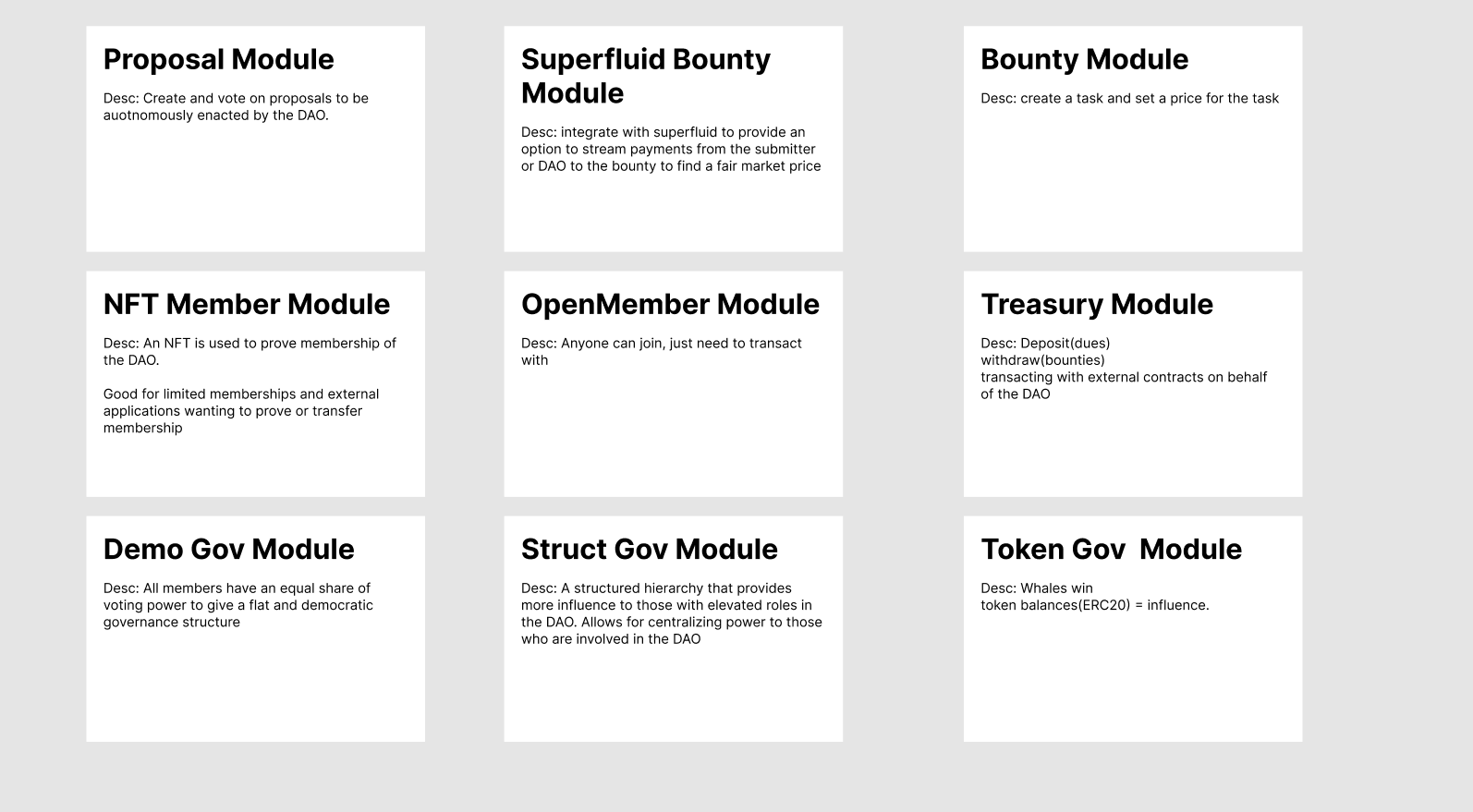 BaoWao is a protocol for building a modular DAO and corresponding UI made up of plugins submitted by the community. The plugins would consist of library contracts and single page frontends built with HTML CSS and Vanilla Javascript The idea was to have a collection of Plugins that would consist of a minimalistic frontend page and contract library backend that can be combined to form all the necessary functionality of a DAO. The front ends for the plugins were intended to be single page vanilla html, css, and js files that would be uploaded to IPFS. The back ends for each plugin would be a library contract or custom contract conforming to the standard module interfaces. The chosen plugins would be orchestrated by a central Home contract. the home contract would delegate calls to the library contracts and store the ipfs hashes of the plugin frontends, which would be connected to their respective library contract. Through the voting process initially determined by the DAO. the home contract could be to change the module being used since all contracts would conform to the interfaces for each plugin. For example, changing the protocol for creating work requests to be fulfilled. For example, moving from creating a task and corresponding reward to a pricefinding task, taking advantage of superfluid. I intended on using superfluid to create one such plugin for fulfilling tasks for the DAO that would create a pay stream from the treasury to the bounty contract, increasing the value of the bounty until it is at a price where a member is willing to perform the requested task. This would ideally allow the bounty tasks to find a fair market price. Creators would be able to use on-chain and off-chain options for parts of the DAO. Trading fewer on-chain transactions for more centralization. For example, if gas costs are a concern a DAO might choose to have centralized voting.

This project uses solidity, html, css, and javascript to create interfaces for interacting with superfluid and IPFS. IPFS as sponsor technology would have been an invaluable tool to prevent the need for a database backend to the protocol. Superfluid would have also made a great addition for the contracting out work needs by the DAO.