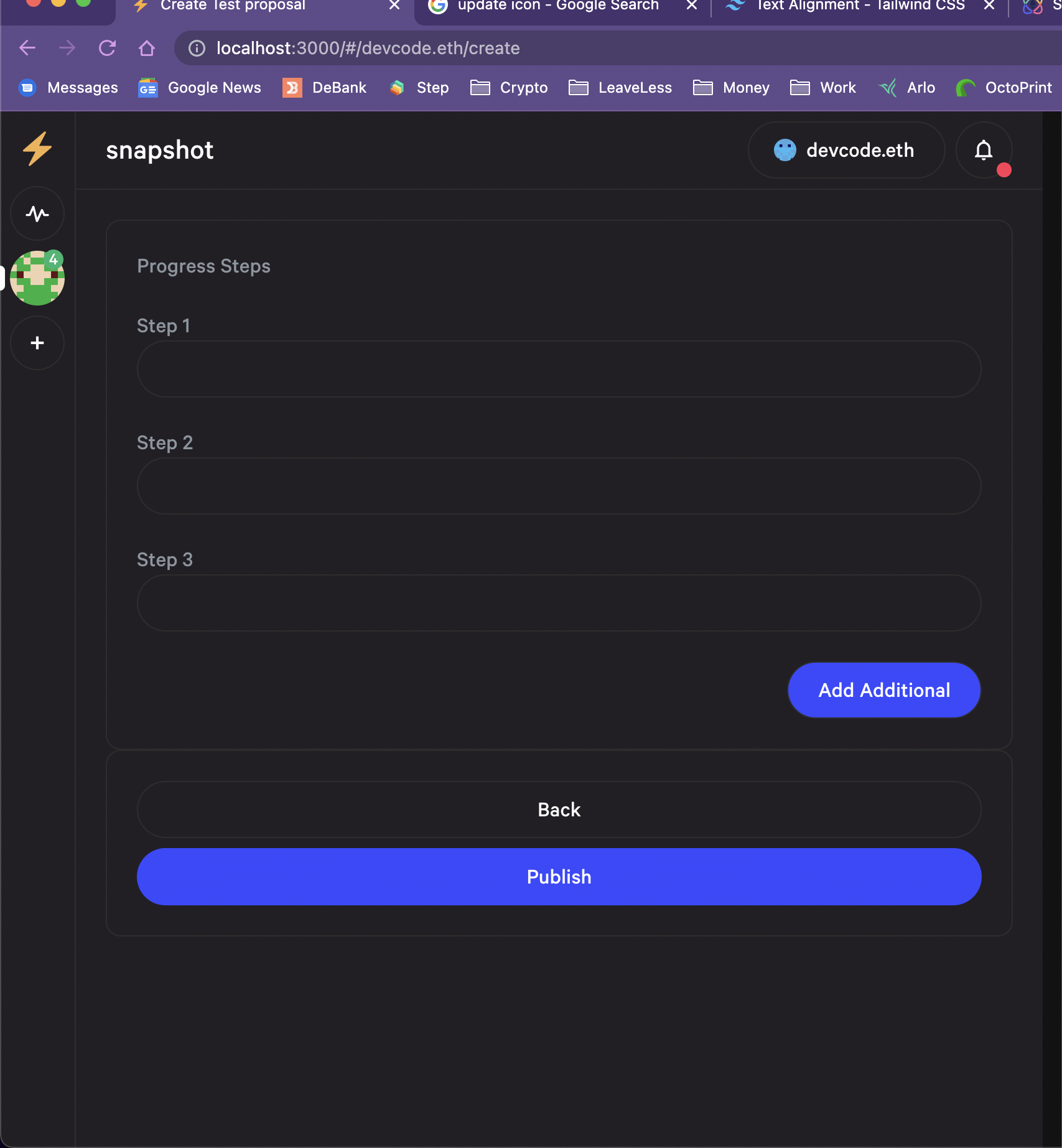 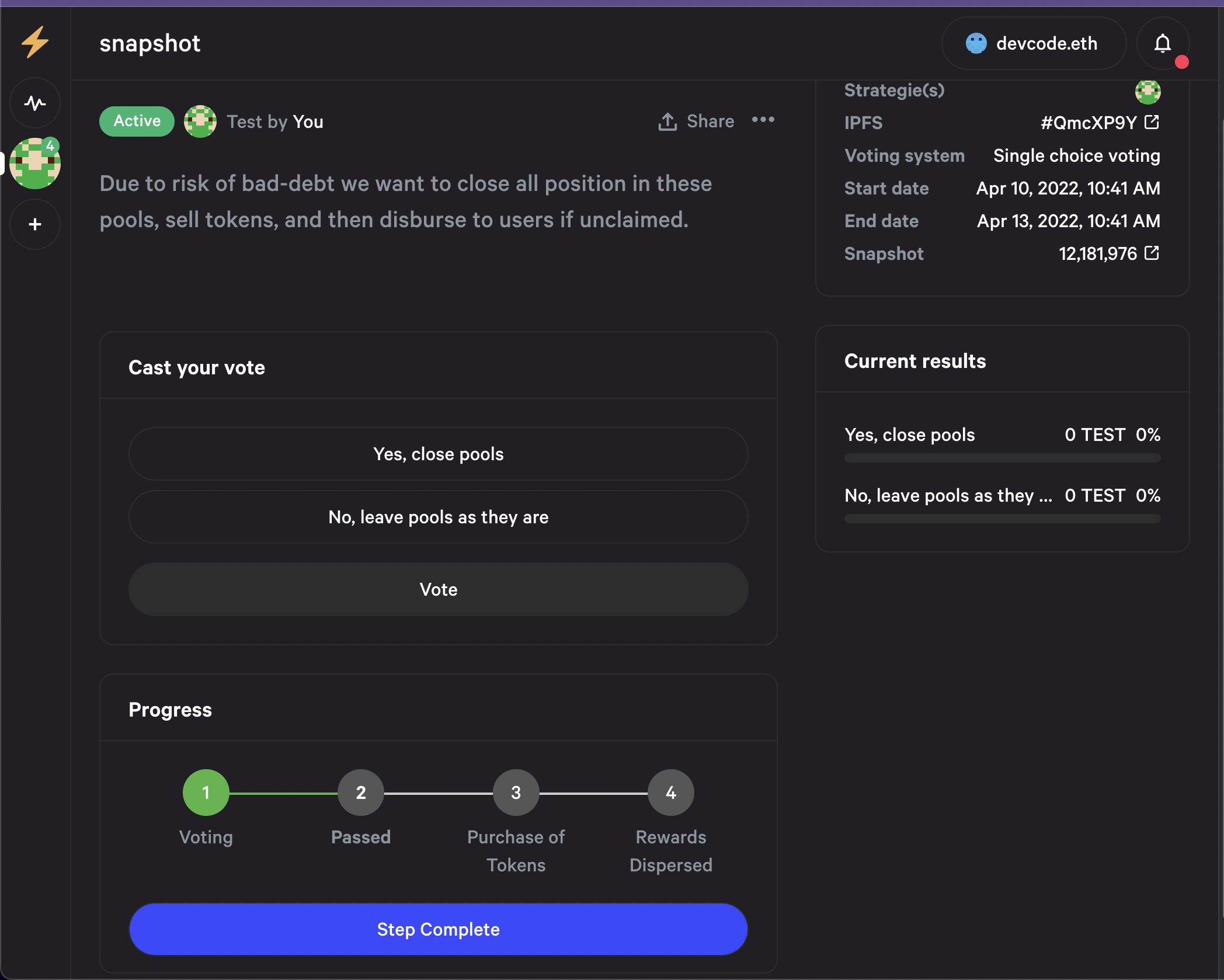 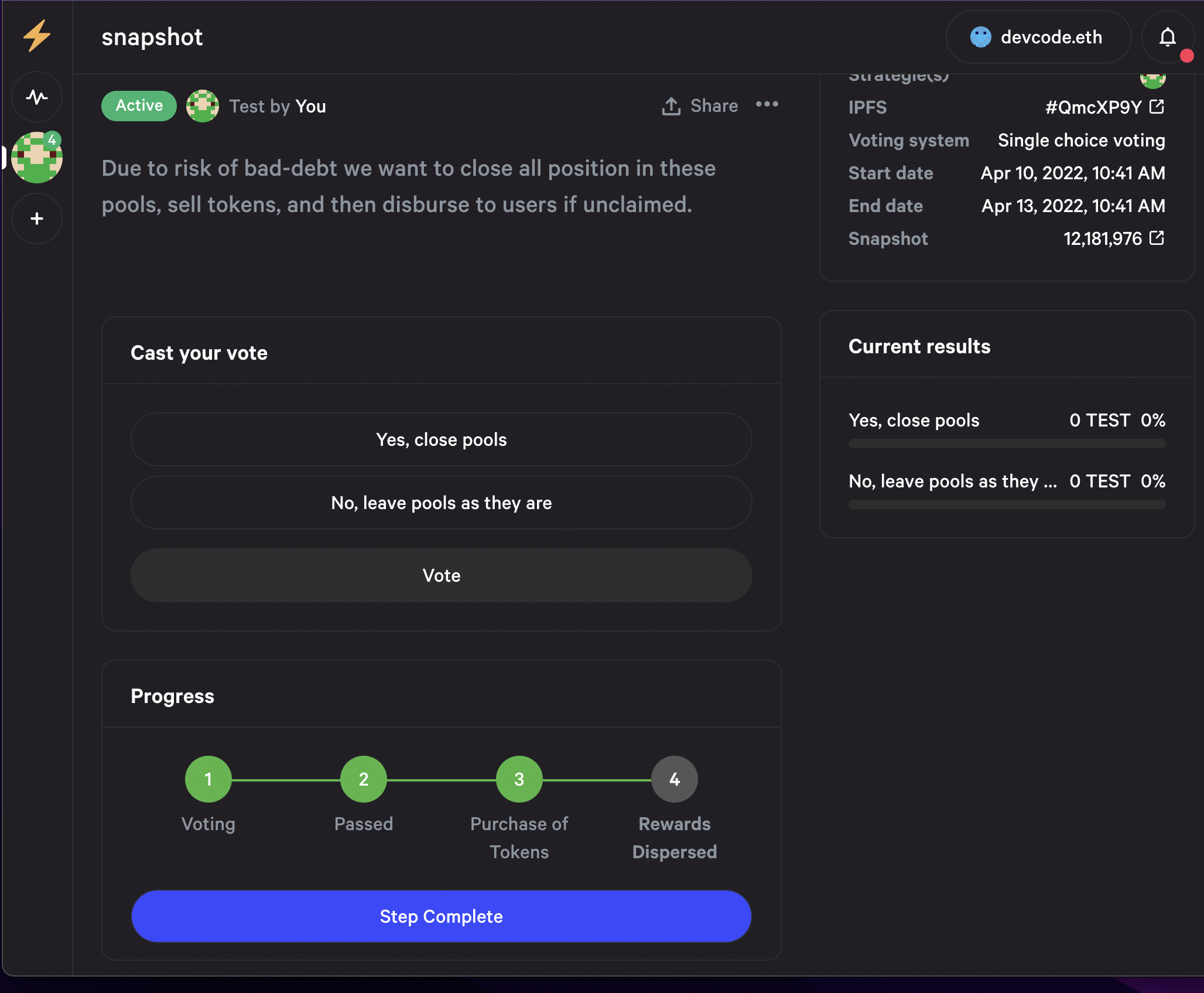 One of the main issues I see within Snapshot.org is that, after proposals have been passed, there's no visual indicator as to how the proposal has progressed and/or has been executed. It relies on people actively watching and following on Twitter, Discord, Telegram. To solve this I'm working on a plugin that is a simple progress, or step bar, that displays on the Snapshot.orgs proposal page. When creating a proposal, the creator has the ability to enter in what steps may be applicable for the proposal (eg Voting, Passed, Purchase of Tokens, Dispersement of Proceeds). Once the proposal has been created, the creator or space admin can then update the progress as need be.

As a plugin for Snapshot.org, the plugin is written using Vue and leverages several pieces of functionality from the Snapshot project. From the front-end, the plan (not yet implemented) is that when an admin/proposal creator wants to increment the progress of a proposal, they sign a message, and this will be used for authorization in calling a AWS Lambda function, which will be interacting with a Dynamo DB to store a simple record of proposalId's and what their current 'activeStep' is.