NFTGuru is a off-chain NFT valuation oracle allowing your NFTs to be used as collateral for DeFi. 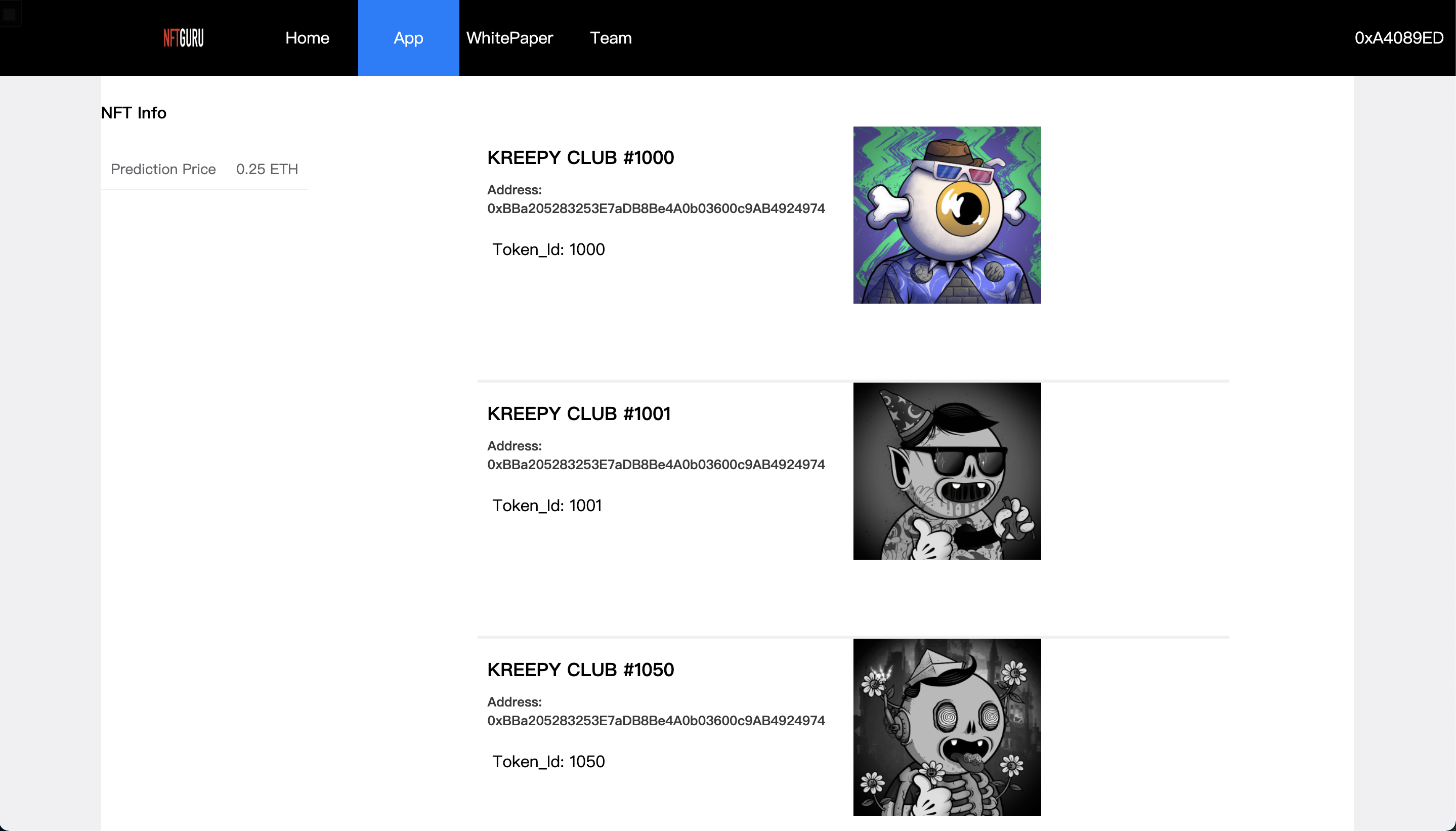 NFTGuru uses a valuation model written in Python which estimates NFT value based on rarity of traits within a collection. The results of the model are deployed as an oracle in a Solidity-compatible blockchain and can be integrated in a Dapp smart contract or displayed in a frontend. NFTGuru includes a Dapp which displays the value of the NFTs owned by an account and allows them to be used as a collateral for a DeFi app such loans, insurance.

We built an tool which evaluates the model of each NFT owned by a wallet and deploys the valuation on the blockchain. We use a valuation model which calculates the estimated value of an NFT based on the history of transactions of NFTs in the same collection with similar trait rarity. This model is serviced by an API (api.py), which is read by an oracle smart contract from Provable (NFToracle.sol). The NFTGuru web app loads the NFTs owned by an address, accessed by Metamask, and displays the NFTs, which can be evaluated by the model. Their values can be deployed to the blockchain to be used in DeFi apps.