Social task manager helping you to commit to your goals. The idea is that you and your peers stake together, and if one person doesn't finish the task all money is lost.

Stake Frens allows you to stick to a specific goal together with your frens by commiting some amount of xDAI. To use the platform, one user has to set and define the overarching goal and the corresponding subtasks. Their frens are then able to join this goal by using an initially generated goal ID as well as their wallet addresses. Each user is assigned a specific subtask and has to commit a certain amount of xDAI. Once all users complete their subtask before the set due date, the committed amount is returned to all users. In case at least one user fails to complete their subtask in time, the amount is not returned and sent to charity instead. Being honest, all of us were beginners and we really struggled trying to get this done. In the end, although we have a great front-end, we failed to fully execute the backend logic we had in mind. 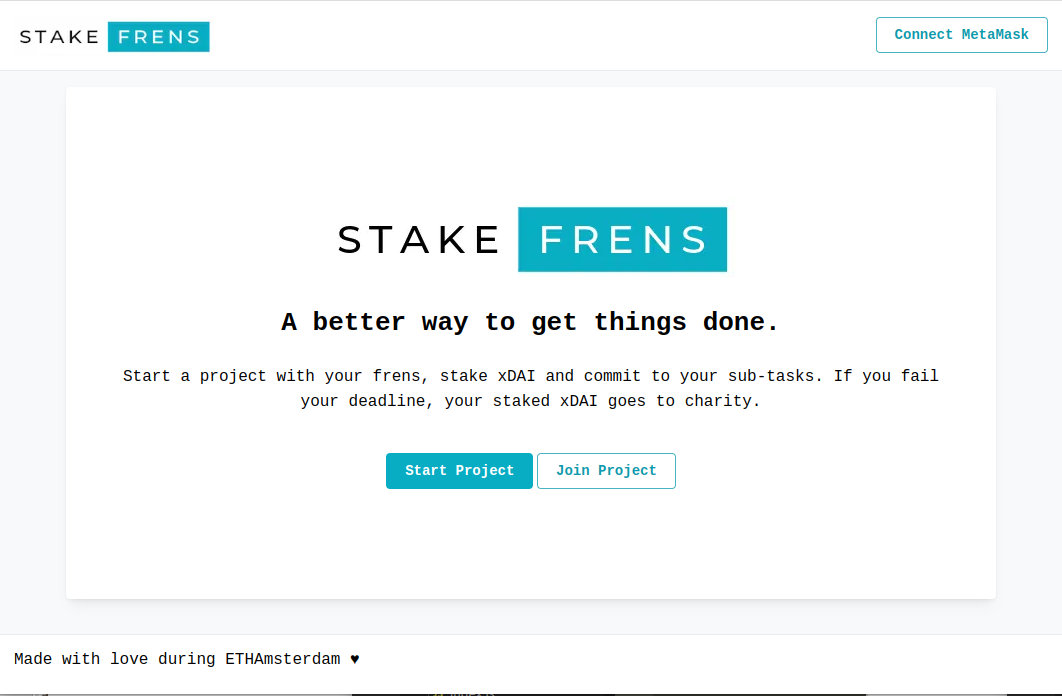 We are keeping this section rather brief as we did not manage to fully execute on our idea. We used Hardhat a development environment to compile and deploy our smart contract, which we wrote in Solidity. For the frontend we used React.js. We intended to use the Superfluid technology to stream cash in order to commit it. This last part is also where we struggled the most with and eventually failed to fully get it done.