a new fully on-chain MMORPG based around credit, built atop of Union, hosted on IPFS & utilising a subgraph for data. 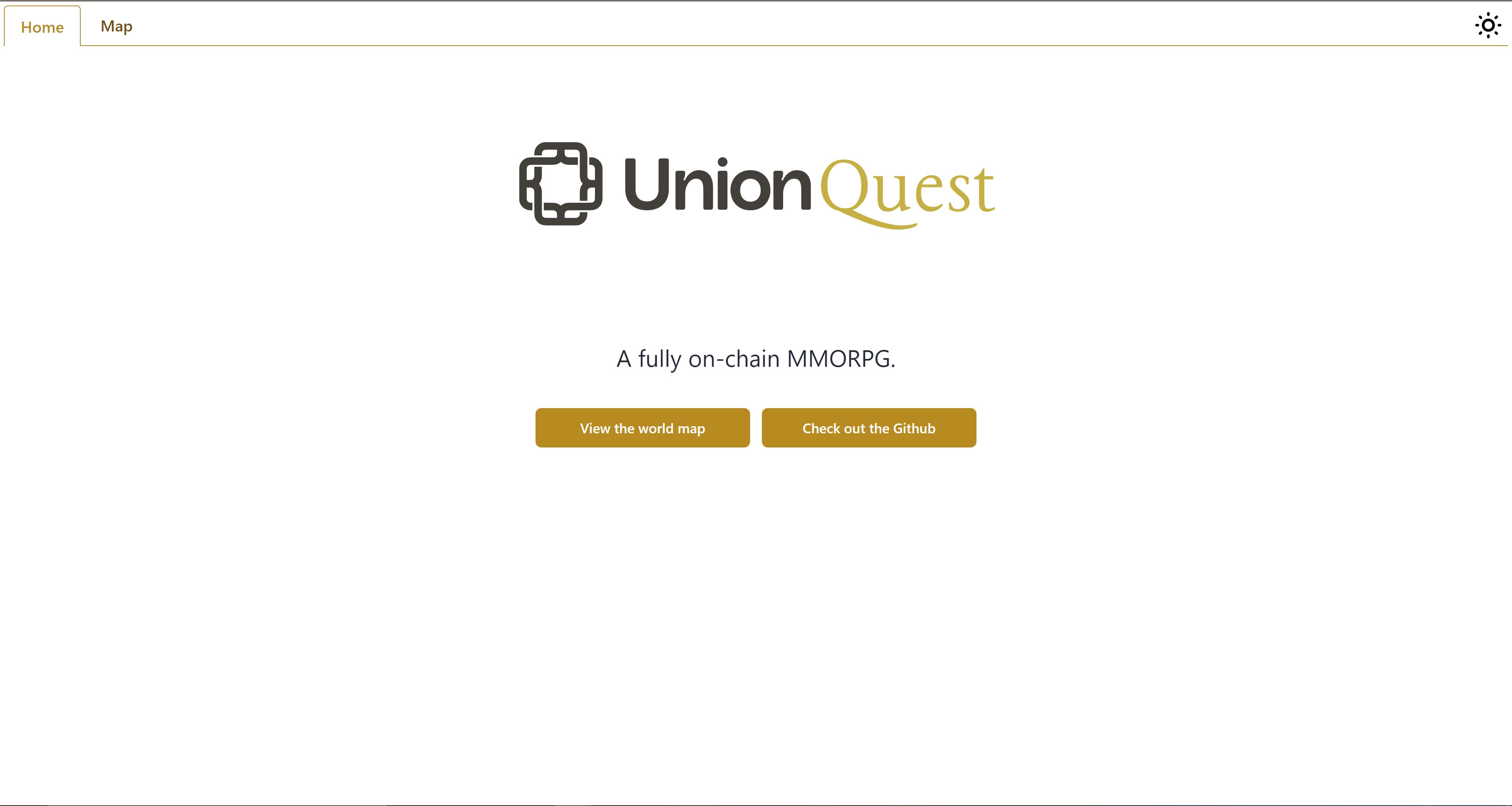 Union Quest uses credit & trust as an intrinsic part of the game eco-system, by completing quests near a town, you are trusted by the town (in the form of a union vouch). In-game stats Users' credit scores can be translated to in-game stats. This creates a symbiotic relationship between Union⇔UnionQuest: Gamers use Union to get an advantage in the game. Union power users play the game because they start with a free advantage. Lending as a key part of the economy The in-game economy should provide as much opportunity for lending as possible and be super integrated with Union. Renting BS one-use items for boss fights. “lend this player money” button in-app Credit limit-gated quests Quests that only unlock globally after enough TVL in the protocol Using Union also saves us from writing the code ourselves and also saves users the time of vouching again etc. DeFi-pilling gamers If the game is fun+rewarding on its own, regular gamers will want to play it. By first requiring them to register with Union, we can “sneak” them into DeFi in a fun way. Like a Trojan horse. Built in social network People usually lend to their friends. We can create a “friends list” based on which people users trust.

This project is built on top of the Union Protocol, interacting with their smart contracts via our own contracts written in solidity, with a js front end, built from using the jolly-roger dapp framework (https://github.com/wighawag/jolly-roger), which we are then currently hosting on IPFS and using an ENS & eth.limo for our domain. Theoretically since all data is accessible, the game could have multiple different UI themes, created by different studios of the same game.