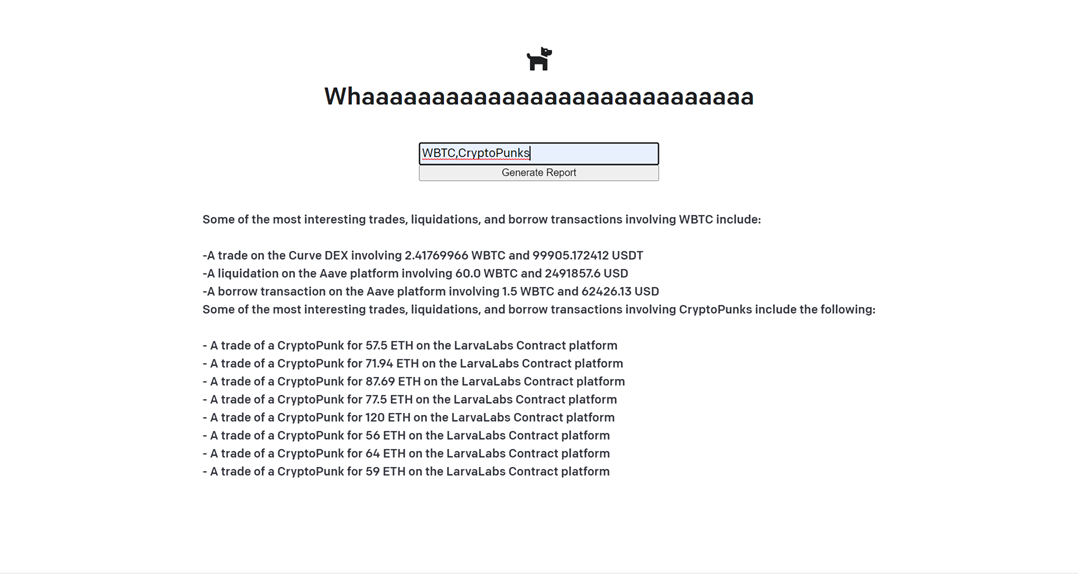 The project uses pre-downloaded csv files from Dune. The data is converted to JSONL to be fed into GTP-3. The front-end uses python flask to take tags which are also fed into GTP-3. The project is somewhat limited by the query rate limits GTP-3 offers. Up to 4000 tokens, equivalent to about 3000 words, can be used in a query including the prompt and response. This was somewhat avoided by uploading a file which is searched semantically for relevant transactions in one query before the report is produced in another query. By requiring the user to enter tags, the pool of potential transactions to be included in the query is also reduced.