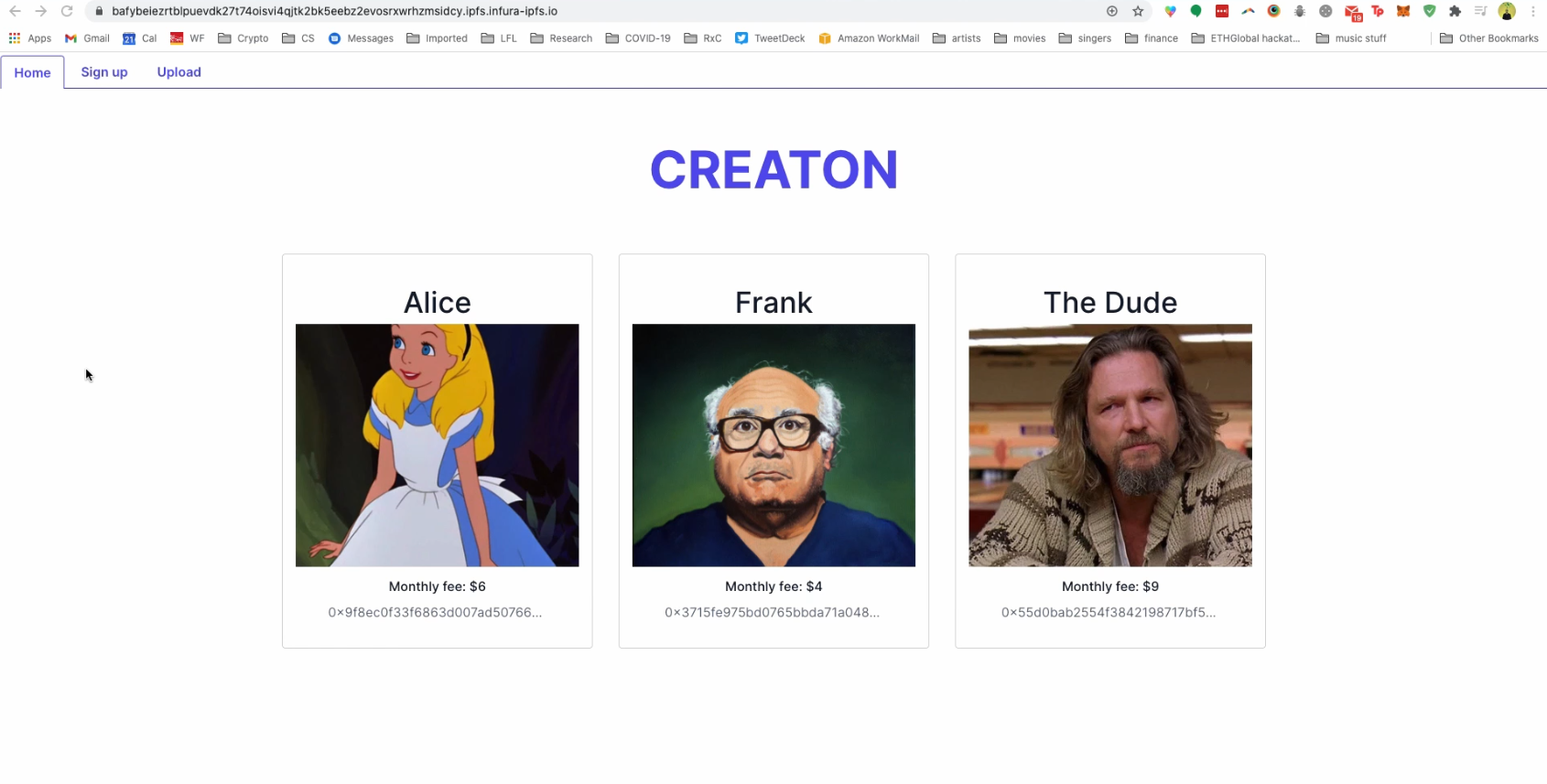 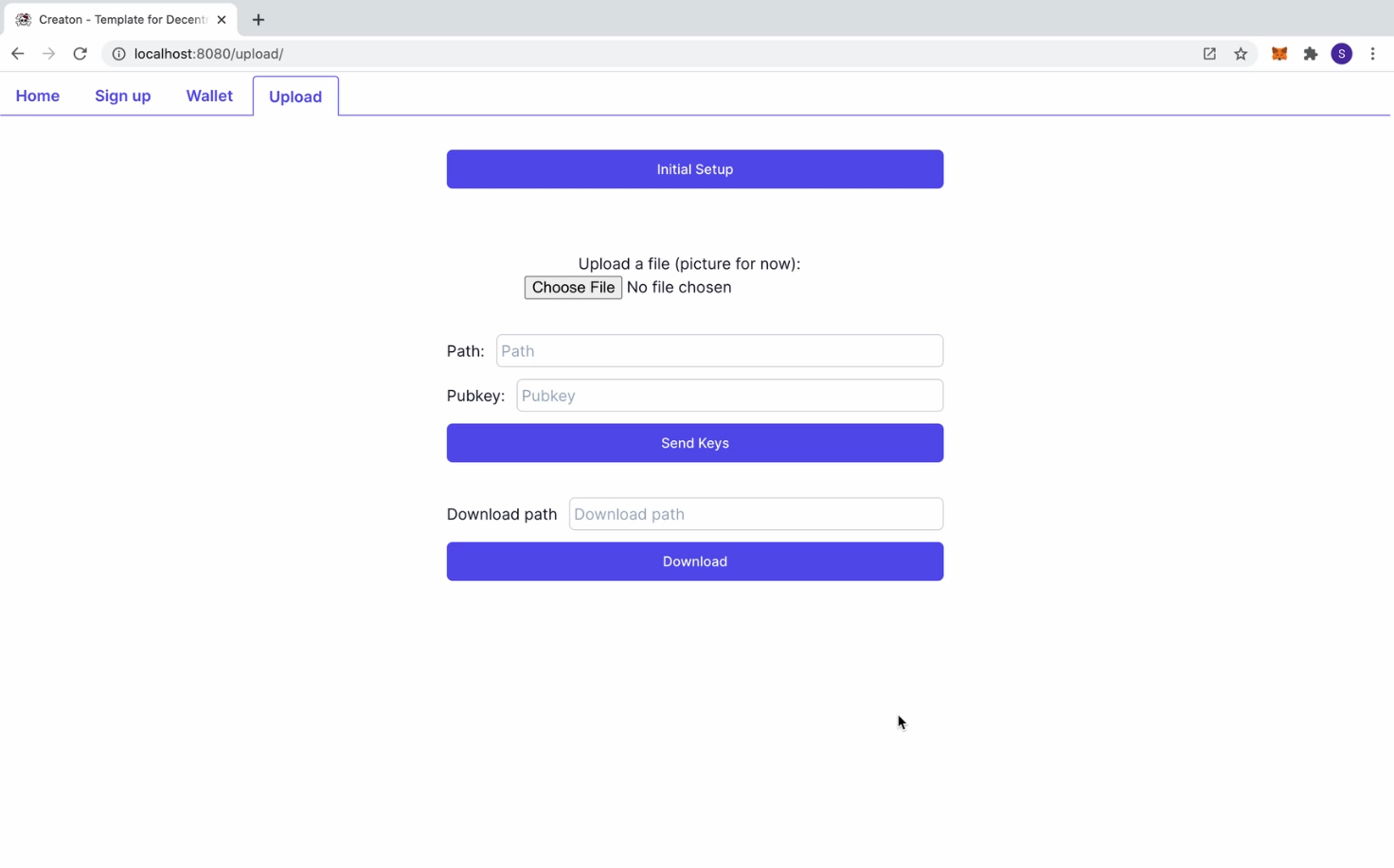 For our hackathon submission, we built Creaton, a decentralized, permissionless platform for creators to host encrypted content that their supporters can gain access to via streaming stablecoin subscriptions. We think a platform like Creaton could help any content creator to capture value from their supporters without the problems that come with unnecessary middlemen or centralized services. The way it works is a creator signs up, providing their name, an avatar image, and a stablecoin-denominated subscription fee that would cover a specified time period. At that point, the fee is sent to the Creator’s contract as collateral, and if the supporter decides to ever unsubscribe, she will receive a refund of her collateral minus the fee based on how many blocks have surpassed since she subscribed. Simultaneously, a unique ERC20 Creator token is issued back to the supporter, proportionate the amount that they have contributed. For the content encryption portion of the app, we leveraged the power of Textile, enabling us to not require a server and maintain decentralization. Unfortunately, we weren’t able to get everything fully implemented. However, we were able to deploy a master factory contract that deploys creator contracts with the essential data. We were also able to build a subgraph using The Graph, the watches the creator contract deployment event and indexes that data for the web app. Future plans include adding NFT integration associated with the content, tiered subscriber levels, and the ability for creators to reward supporters by acting as market makers of the creator tokens in secondary markets like Balancer and Uniswap (ie: Creator yield farming 👨‍🌾) 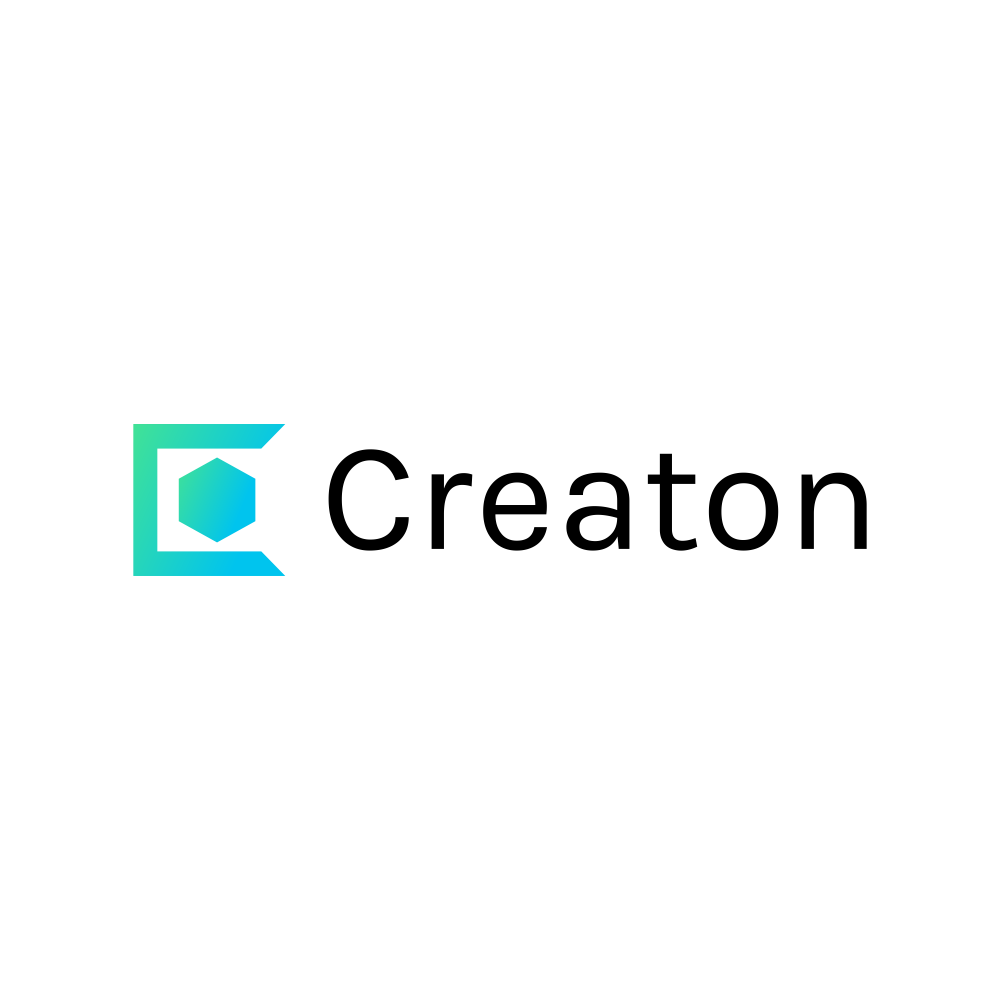