Decentralised Reddit. Durple combines everything you love about forums with a decentralised platform that allows communities to thrive free of censorship. Live Demo on MATIC Mumbai. 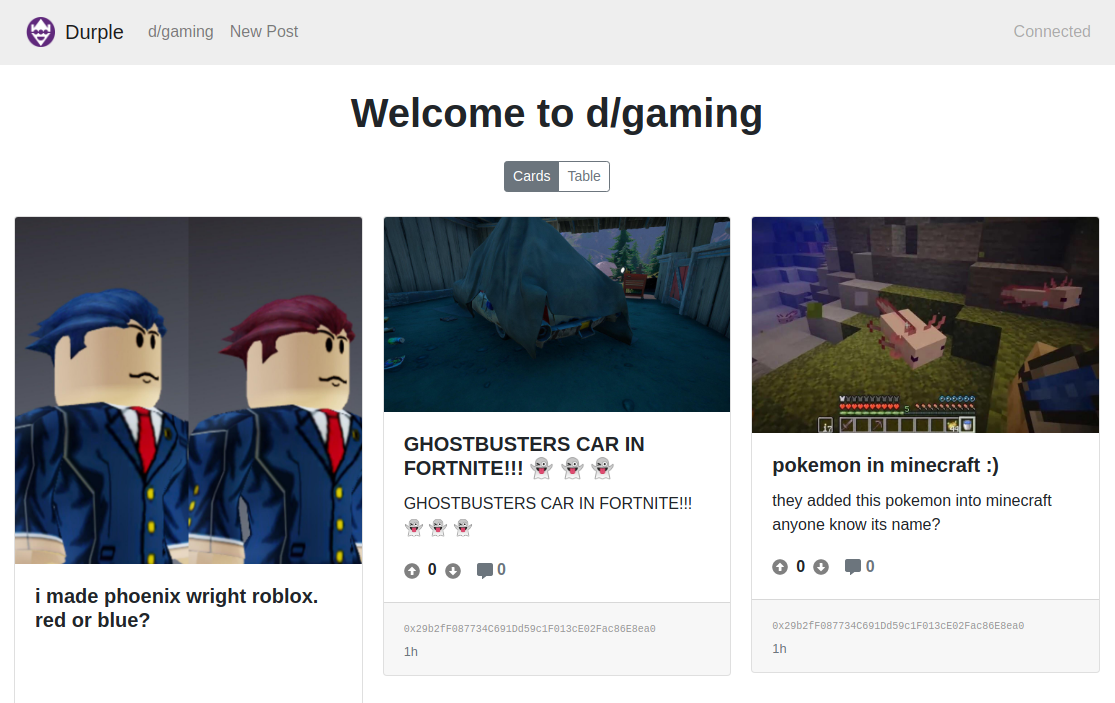 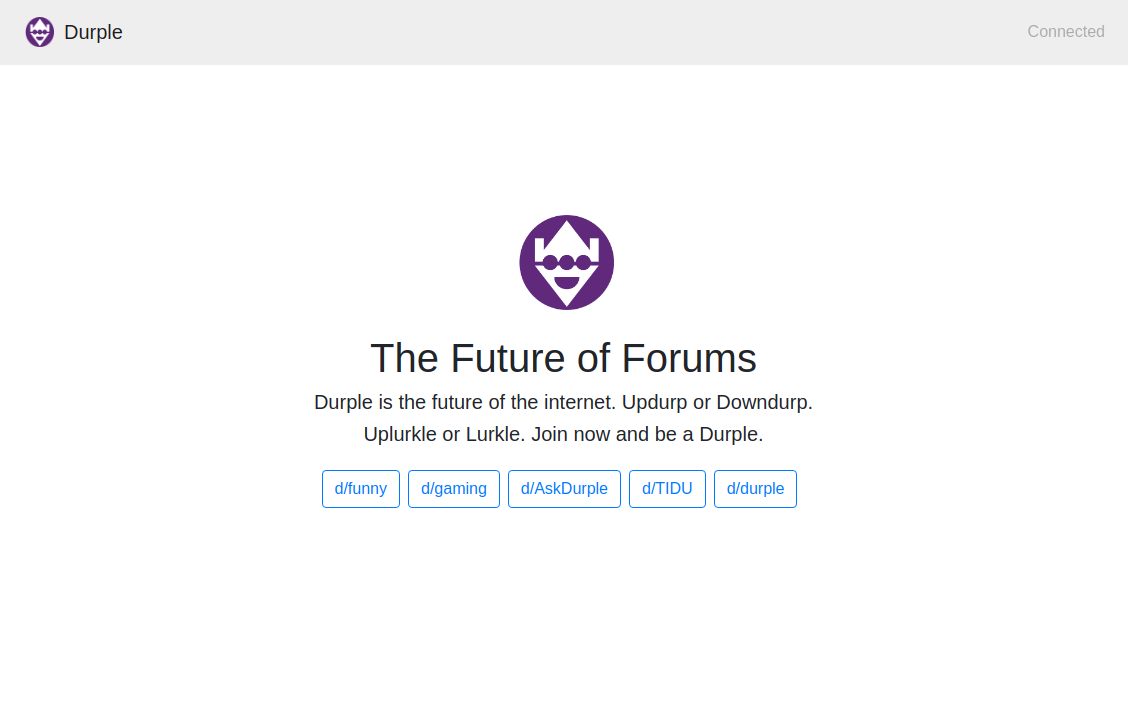 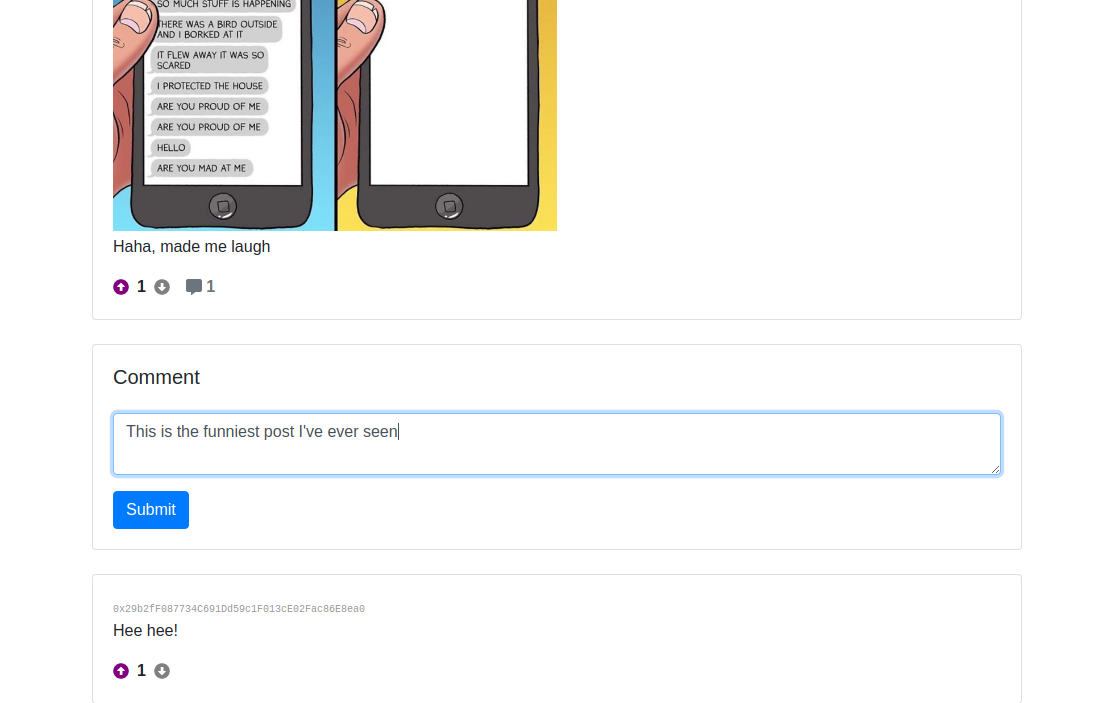 Durple is a forum website similar to Reddit. You can lurk, post, comment, updurp and downdurp on all your favourite subdurples. The differentiating feature of Durple is the freedom that it provides to build amazing communities. Anyone can create a subdurple by deploying a smart contract that implements Durple's standard interface, then visit their subdurple by visiting d/{smart contract address} on the Durple website. However, the details of the implementation are totally open ended. You can make a sub that has no moderation or a sub with all the moderation. You can make a sub that is actually a video game or a sub that awards ERC20 tokens for community involvement . The sky is really the limit. So far we've created a simple starter smart contract template that features basic posting and commenting features. We've also created an official read-only sub for information. We're excited to see what people do on Durple! 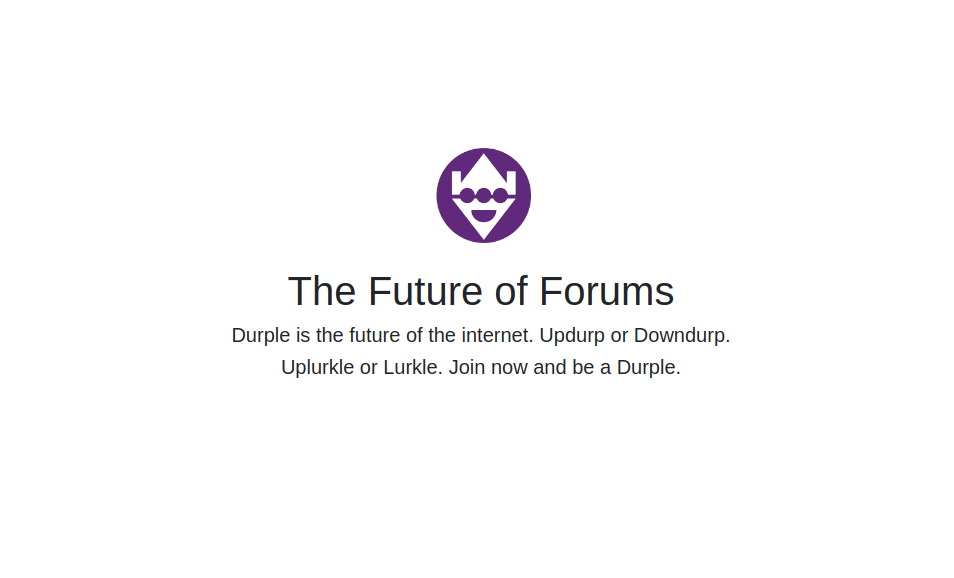 The backend for Durple consists of two main smart contracts. There is the main Durple contract that allows us to control which subdurples are featured on the frontpage and a Sub contract that represents a subdurple. Any number of subdurples can be deployed and visited on Durple, but only featured ones will be recommended to new durplers. The frontend for Durple is made in React with ethers.js. Durple stores all post and comment data on IPFS. Right now, it does not pin files but we are working on it. We've deployed Durple on MATIC for quicker block times and lower gas fees, making it better for social networking.