The open, permissionless and user-owned AR/VR metaverse of the future 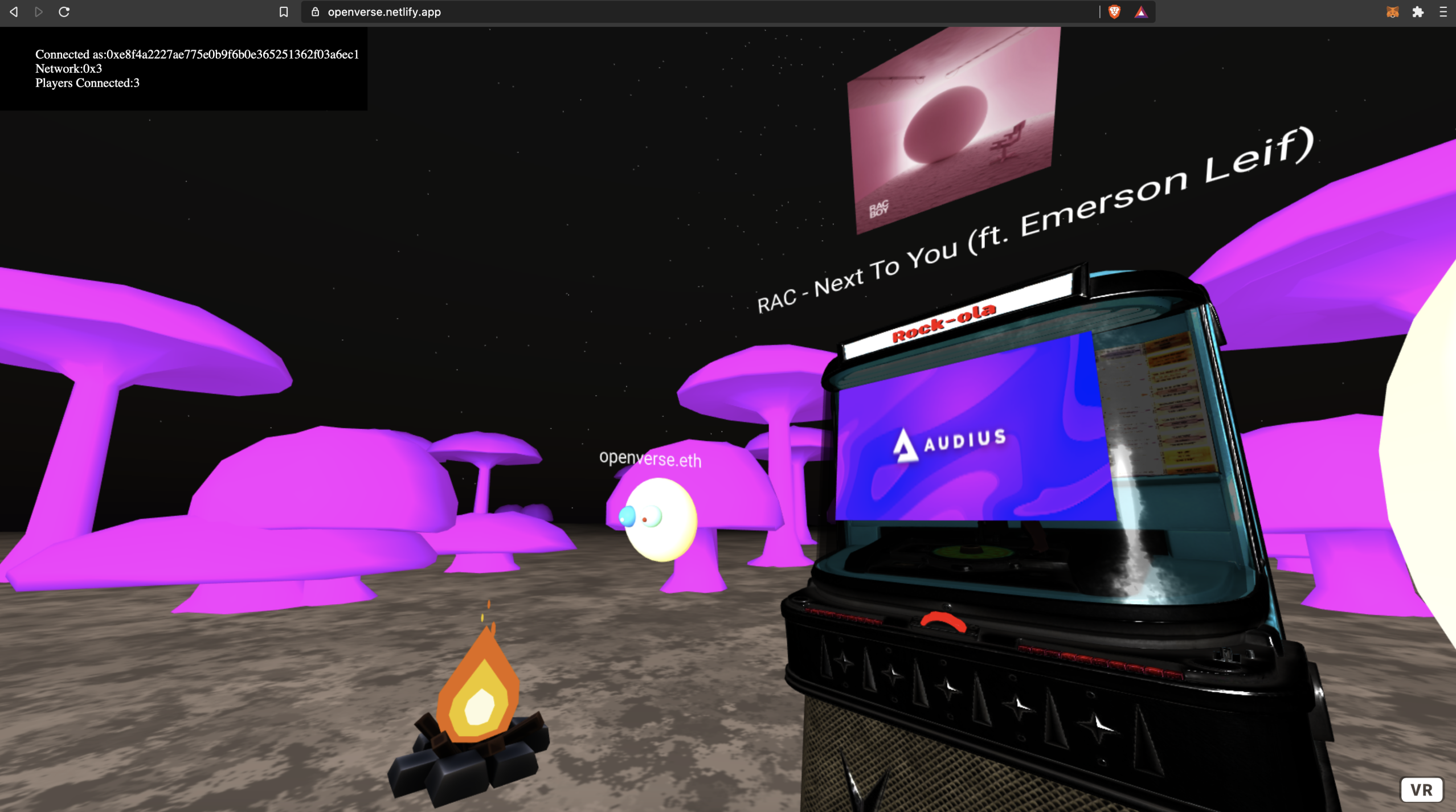 We are building the open, permissionless and user-owned metaverse of the future. Here's why we need it today: 1. Facebook controls a large market share of the VR hardware market with Oculus. Recently, it has decided to force its users to sign in with a Facebook account rather than a separate Oculus account, causing some users to even be locked out of using their headsets if their Facebook account was deemed "suspicious". The plan for Facebook here is obvious - to monetize the attention of users in VR headsets with advertisements. 2. We believe that for an open Web ecosystem to thrive, we need alternative methods of monetizing experiences and content in a way that is not extractive from the user, but provides ways for the users of said experiences to benefit in a way that is non zero-sum. 3. One of the best ways in which experiences and content creators can create such forward-looking communities, is through a decentralized form of ownership, in which all participants of the network benefit from the overall network's growth. 4. Openverse is the technological manifestation of these values. We are focused on AR/VR because we believe that XR not only enhances the feeling of presence in a social setting between two people, but it also strengthens the notion of ownership of a particular virtual good through the ability to virtually "hold" an item.

This project has two components: 1. A modified version of Firefox Reality, a popular VR browser for the Oculus Quest, with Metamask enabled. We modified the android-components repo of Firefox to allow for any custom collection of add-ons to be enabled, and built a new Android APK file with the updated repo. We also made some modifications to the original Firefox Reality repo at version 12 to accommodate for the changes we wanted to make. 2. The WebXR experience uses A-Frame for the main framework to build the 3D environment, along with ethers.js for the web3 integration. Users can bring in NFTs in the environment and send Ether and assets to each other through our integration. We also integrated with Audius to allow for the streaming of positional music into the environment. To connect multiple clients together, we are running a Firebase WebRTC server, which we hope to decentralize further through p2p connections through something like Matrix.