Fund your creations, reward your audience 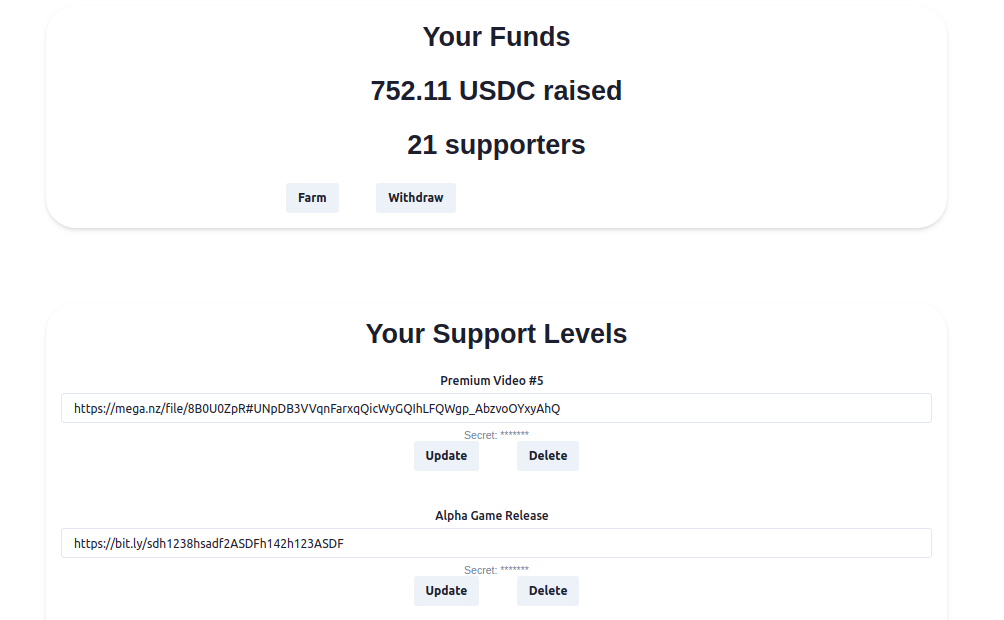 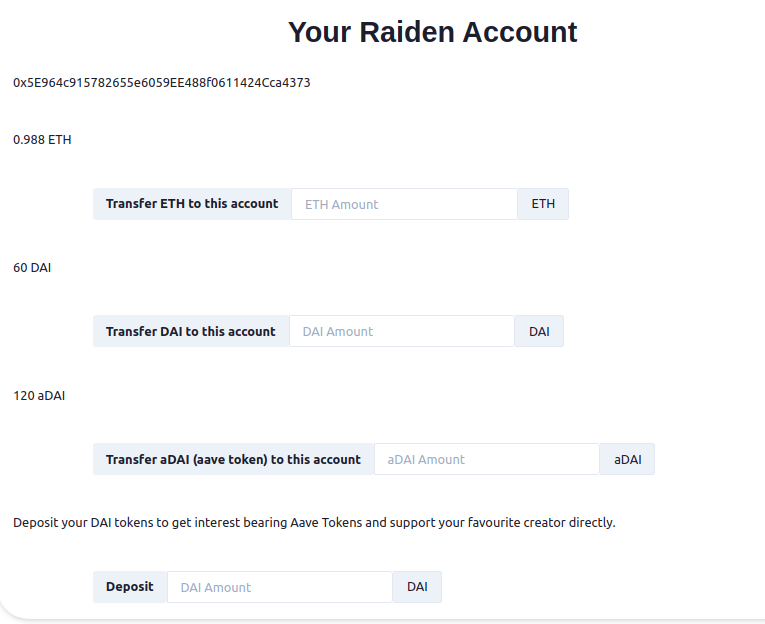 There are a lot of scenarios, where transparency is not maintained among creators and their supporters and it becomes hard for the creators to manage subscriptions for different kinds of users and deal with stuff like memberships. (For e.g. a youtube streamer has to create different levels of memberships for different users). Moreover, the creator has to follow various norms which makes the job more tedious. We bring you SpringUP, wherein there is complete transparency among creators and supporters. This application allows supporters to subscribe to creators according to different levels set by the creator and pay accordingly. It allows the creators to share exclusive content with the supporters of different levels. The application is a UI Wrapper to 'Aave Protocol' and 'Raiden Network'. It and uses Raiden Payment Channels for off-chain payments. As of now, the supporter can pay using aave tokens, which can be obtained by adding some DAI tokens (gives aDai tokens) and earn interest on those tokens. Hence, along with the creator, the supporters can also earn interest and support creators. 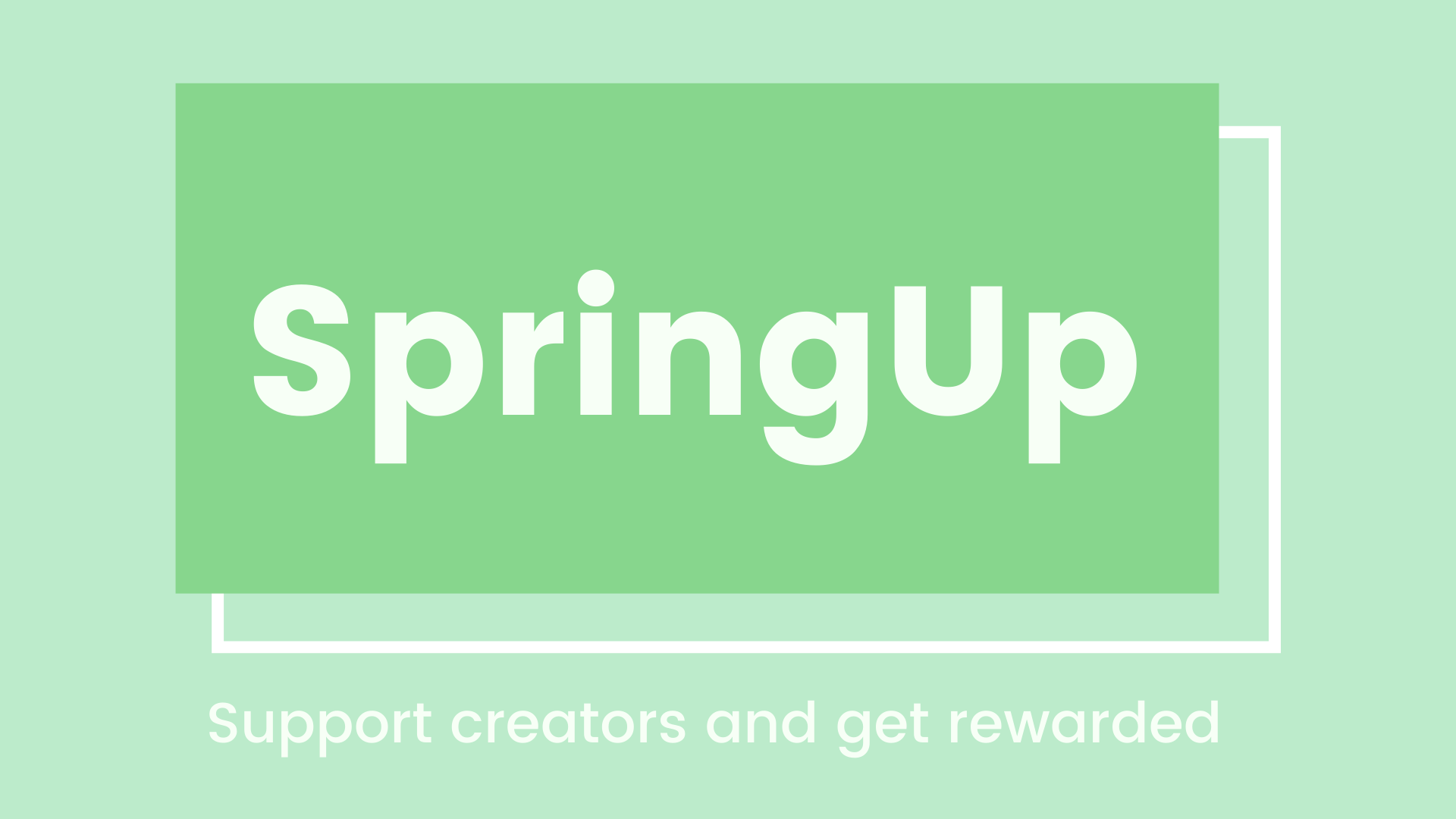 We built the project using React and Chakra UI for the frontend. We utilized Metamask and the Roptsten testnet for Ethereum transactions. We built SpringUp as a wrapper around Raiden and Aave. We felt successful in coming up and (almost) implementing interest generating payment channels. We managed to run the Raiden node on our local network and were also able to integrate with Aave protocol. We wanted to utilize these other technologies but ultimately ran out of time or bugs in the projects stopped us from using them: Reach, Pocket, ENS (Registered springup.eth)