We make it easy to automatically distribute tokens to reward social media engagement. 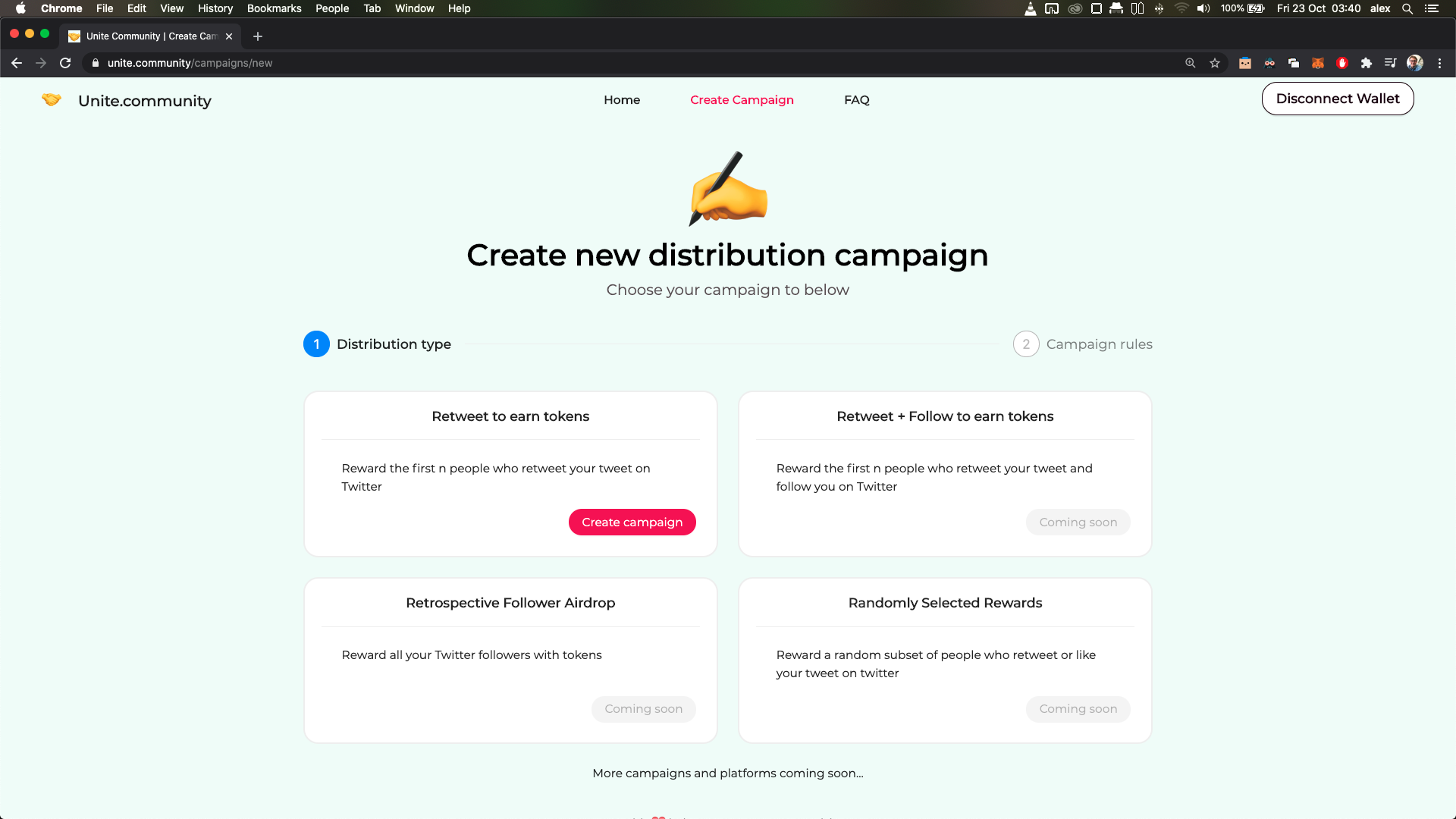 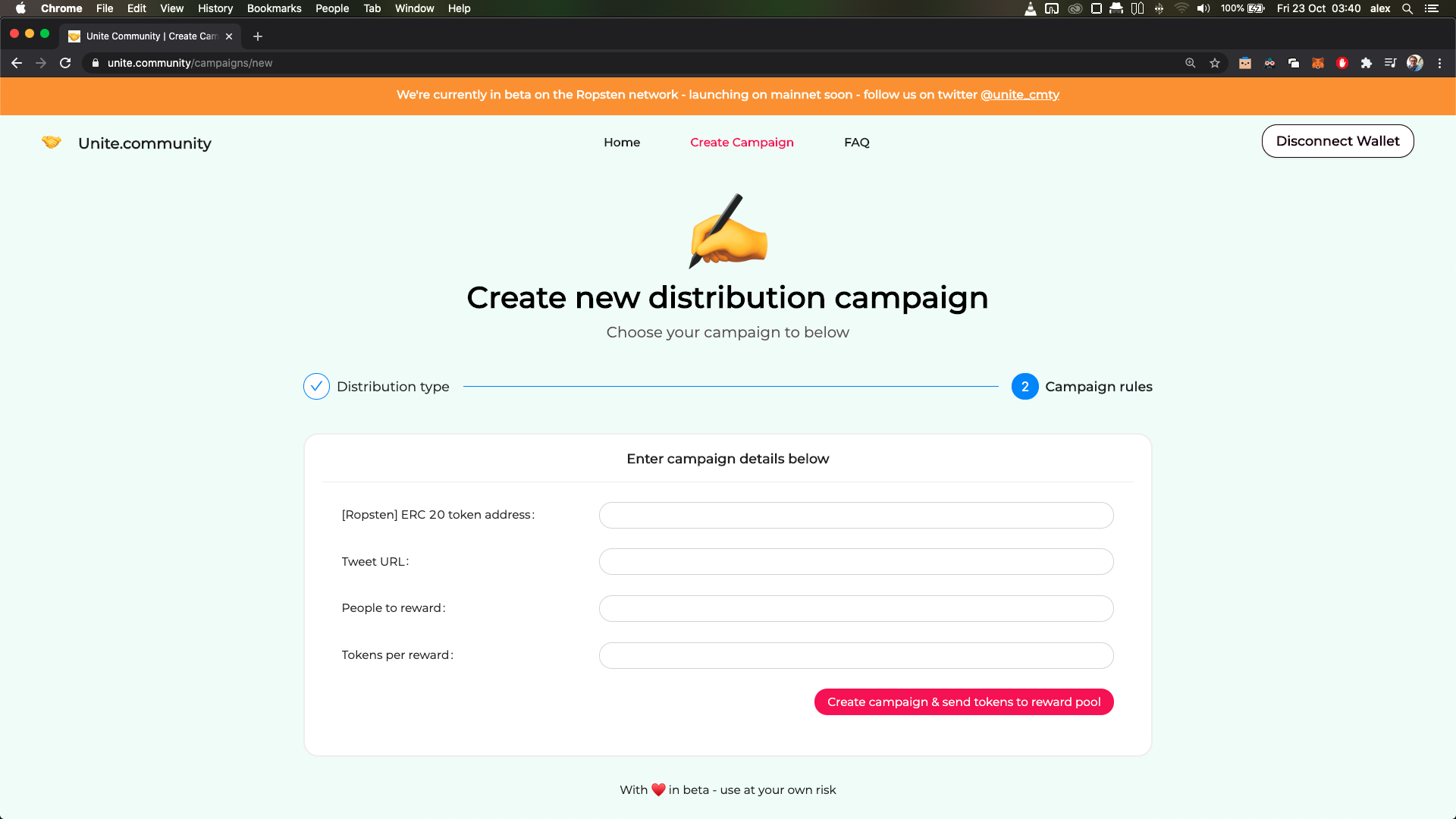 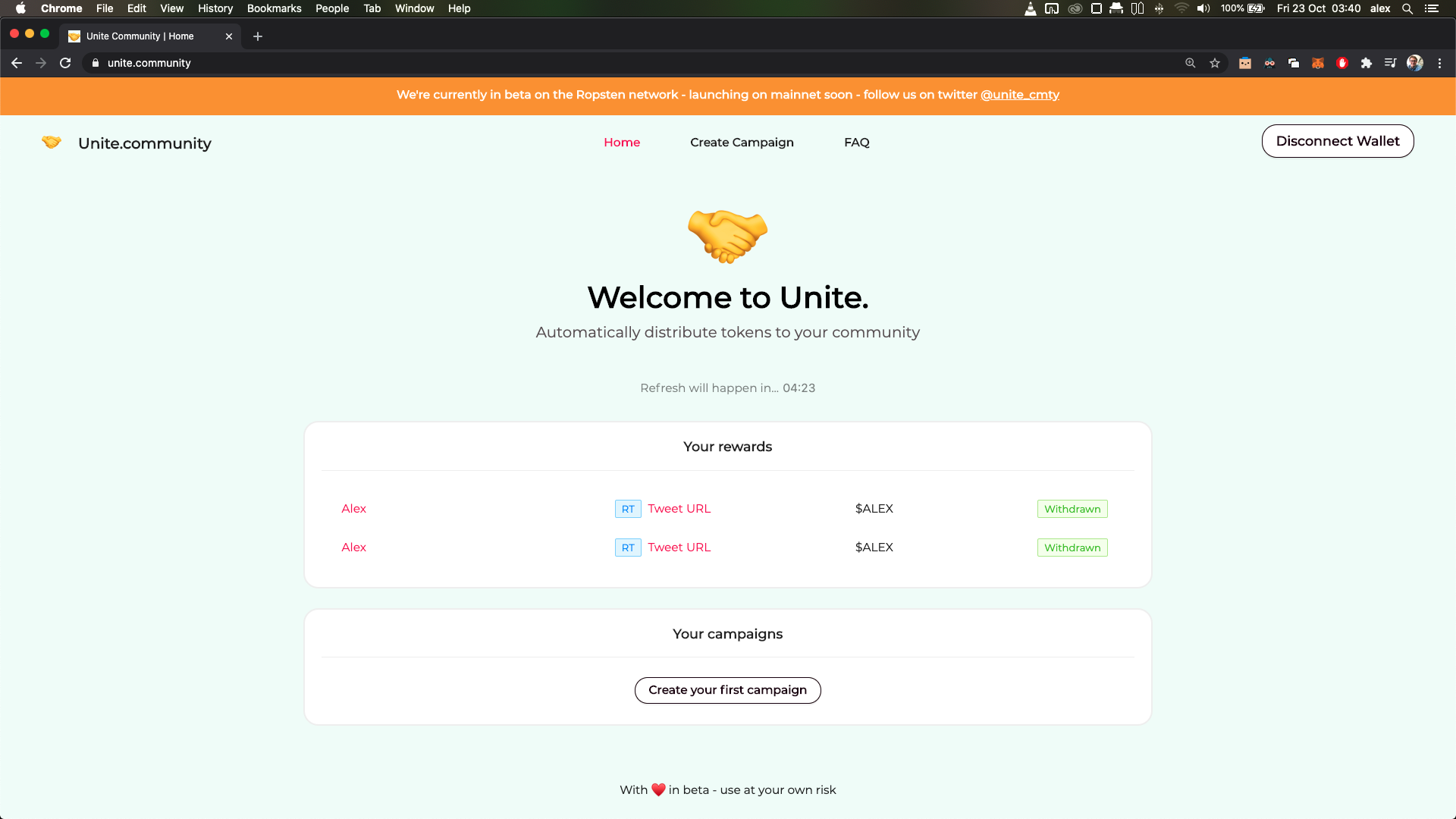 Unite.community is a tool to automatically distribute tokens to your community. Some social token issuers have experimented with distributing tokens on social media but have had to go through a tedious manual process of sending tokens one-by-one. Rather than 'pushing' tokens to people, we have implemented a 'pull' process where users come to claim tokens. We have built campaigns that let issuers reward people with tokens for social media engagement, for example for: * being one of the first people to RT a tweet * being a follower in the case of a retrospective Twitter airdrop * adding a cashtag to your Twitter profile e.g. $unite 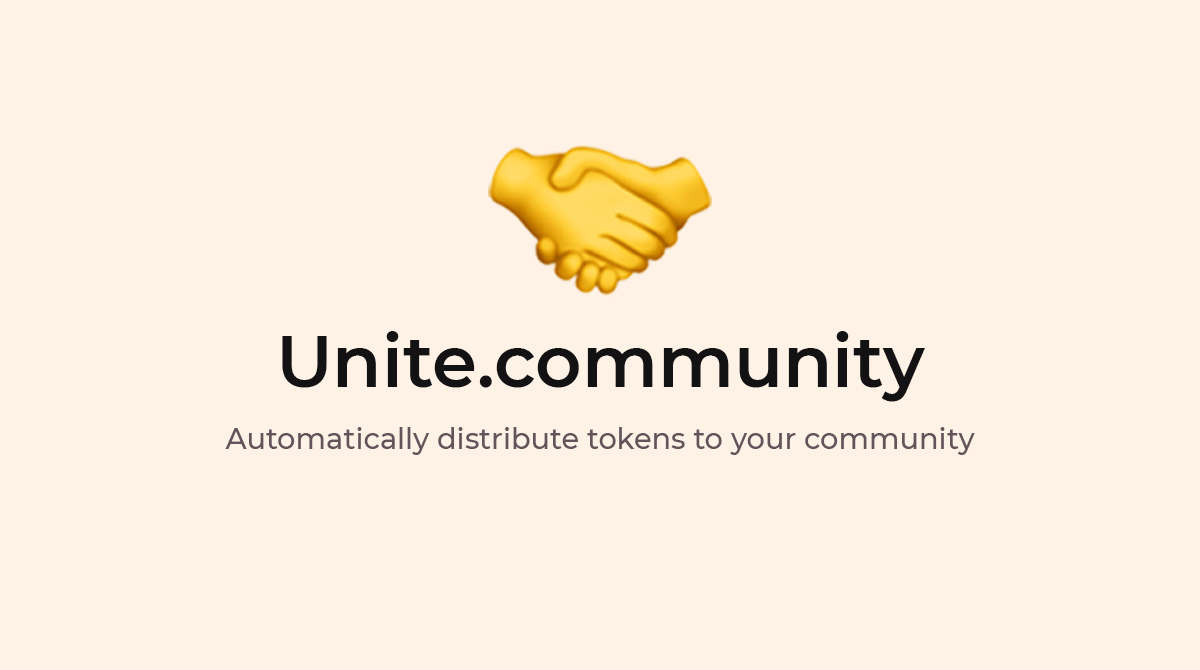 The token issuer deposits the tokens being distributed into our reward pool smart contract. We support any ERC20. Behind the scenes, we run a bot (currently centralized but in the future as a chainlink adapter) that determines who should be allocated tokens based on social engagement and these allocations are written to our smart contract. After a user has verified their twitter account, they can withdraw their tokens to their own wallet by executing a function on our smart contract. Once the user has their tokens, they might use them to gain access to token-permissioned content like private discord / telegram / newsletters / etc. We used Pocket Network to fetch metadata about the tokens being distributed including name and symbol. We also implemented Biconomy to subsidize gas for users but unfortunately discovered after implementation that ethers.js, the front-end library we used, is not supported by Biconomy yet.