Chess, but like with a non-binary, continuous, distributive outcome. 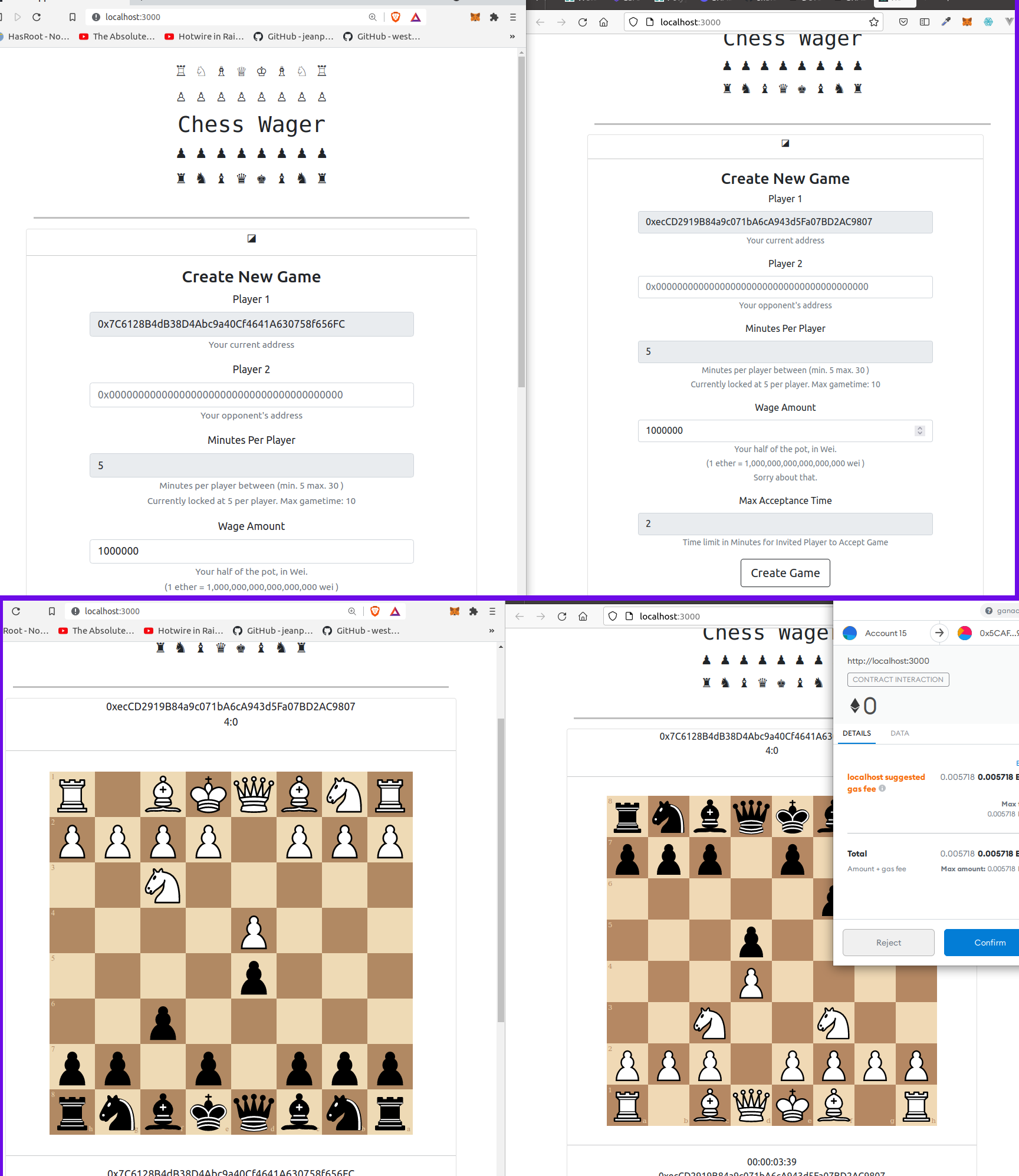 It's a chess game, played with tokens as stake, on a blockchain network as a communication and coordination layer. The result of the game is a distribution of tokens determined with each move and by how how much each player has as a time/material advantage. At the end of each move, the opponent is payed a state-determined amount per second spent registering that move from the central pot. A player can end the game by time-flagging their opponent or by check-mate.

The project makes use of the truffle suite. (ganache, solidity) The frontend is a react app, I started working on a chess game as part of the consensys bootcamp final project... and the overall idea was inspired by superfluid streams. Would have been cool, but the game as it stands, its logic is likely too gas intensive for any live chain, secondly superfluid streams require a deposit and are likely not sufficiency responsive for this use case. I realized this will not work (I'm not 100% settled on it since my debugging skills and patience are not up for the job) after I deployed the contract to the mumbai polygon testchain. On this version (see link) one ca create a game, but retrieving one from the network is very unlikely.