A decentralized platform to create, collab, commission, buy and sell NFT music for the new era 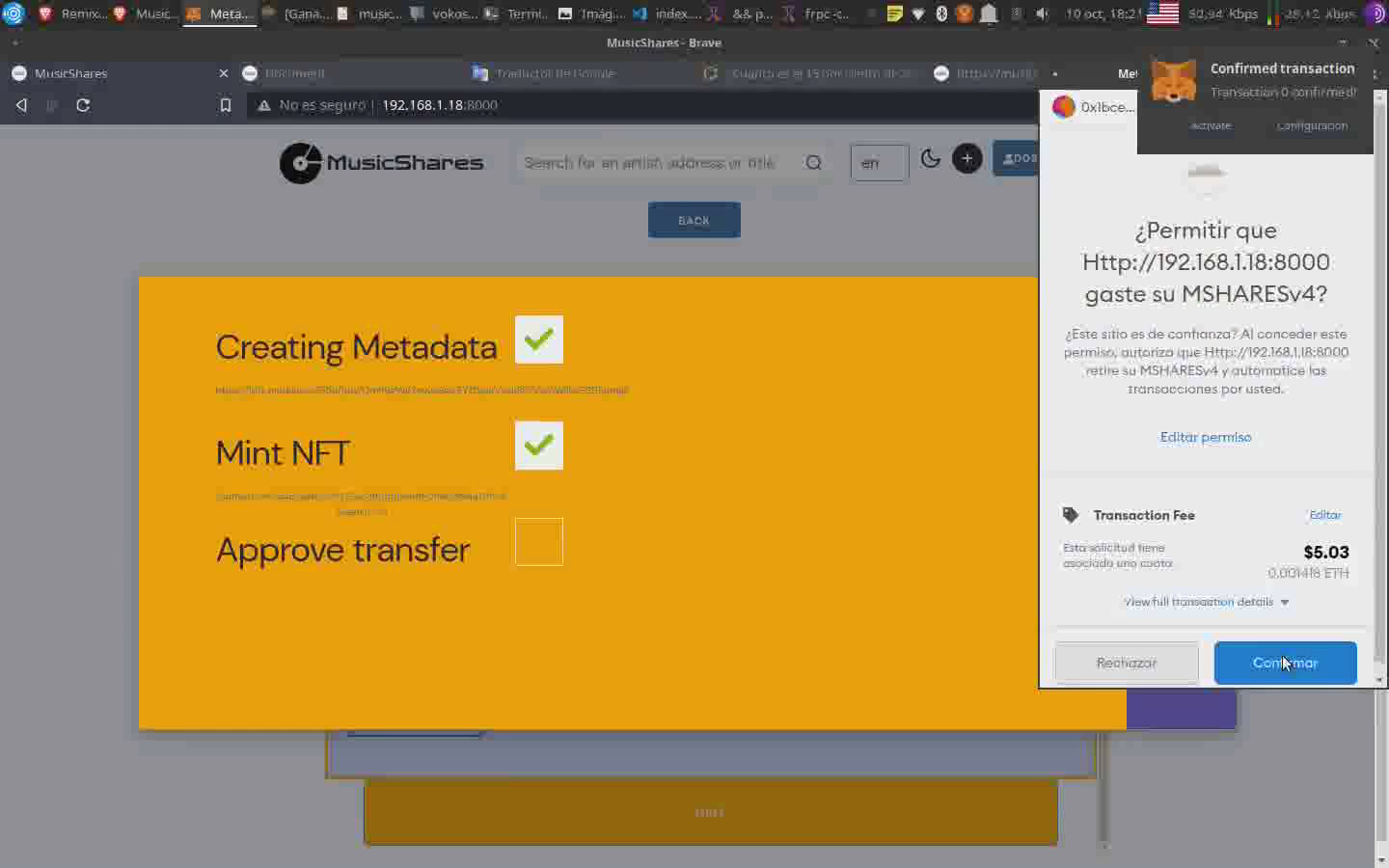 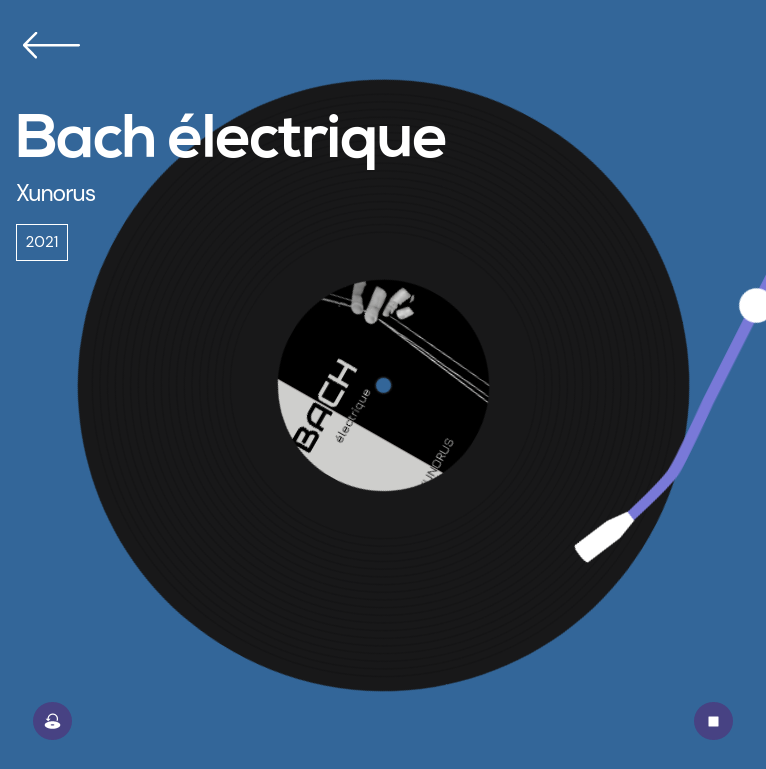 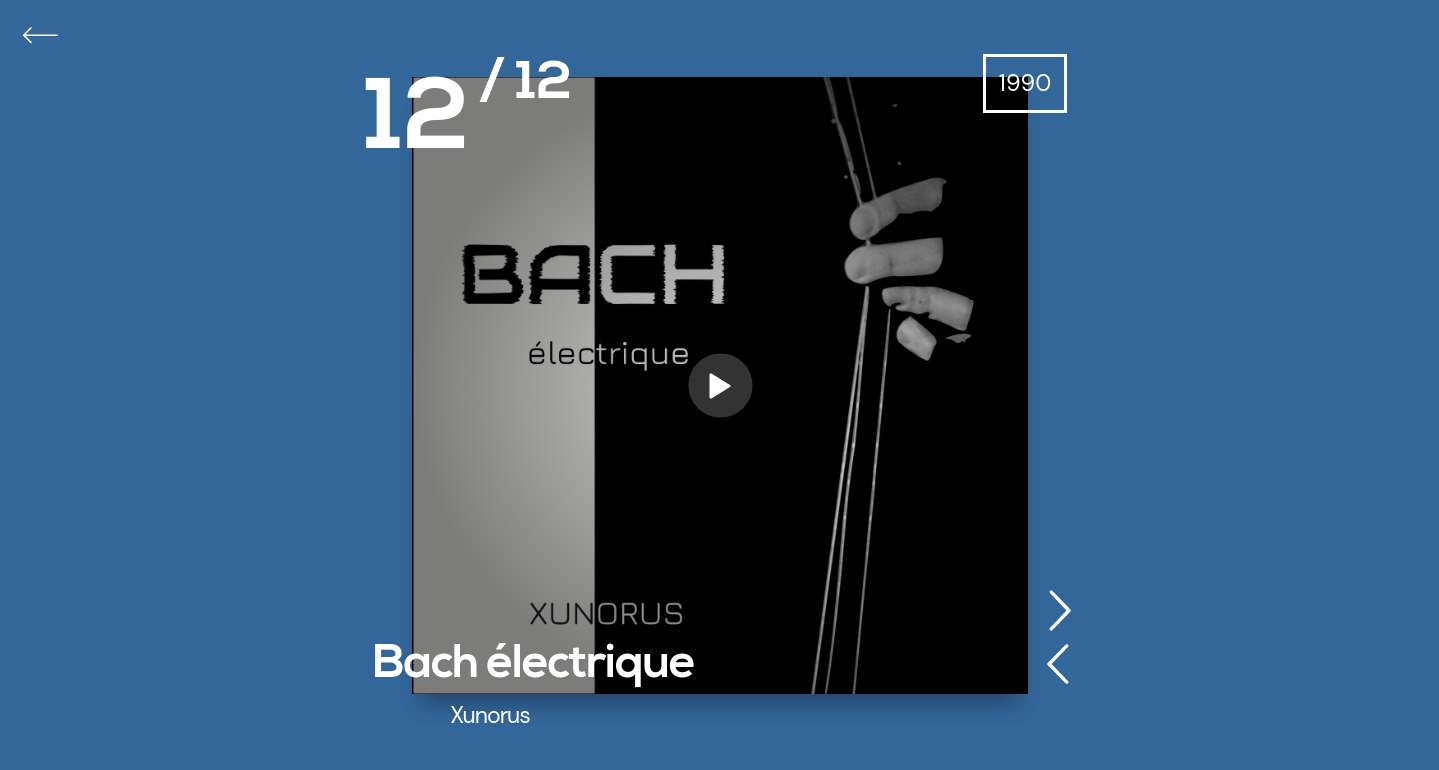 A paradigm shift experiment in music: what if music where not bought but supported, what if music werent private but public, What if we treat all musics as common wealth? Why musicShares? MusicShares aims to promote the creation, collaboration between artists, commissionement of new works , buying and selling of new music under the paradigm of colaboration. Manifest Music is common wealth. Music is created with the support of world wide comunities and individuals Decentraliced commissioning of music supported by the free willpower of comunities and individuals around the world, validates implicitly a mechanism to earn income. Music belongs to creators and also to its community Explanation Musicshares is a DAO governed through smart contracts, where three parties (creator-commissioner-dao) interact in a free and decentraliced market. The DAO provides several mechanisms to fund and promote the creation and commissioning of new music, facilitate the auto-managment of music administration, from rights managment and copy protection to automatic royalties payed directly to each artist, and the infraestructure to encorage the distribution and selling of digital and physical goods associated to each musical project. MusicShares provides several mechanisms to fund musics as public goods , whether they are current creations, or already public musical goods. This project implements a business model to the "music as a public good" concept. Definitions There are three types of user in music shares. Creators, commisioners and listeners. Creator/s are artists who create music and/or collab in others artists music related project. Each creator has granted permission to mint his project, a SINGLE or LONGPLAY musical distribution, as an NFT. Commisioner/s:is the counterparty that participates in shares (commisioners) of the music (single, album or score) trhough the funding round of the project. Comunity is the group of decentraliced autonomous individuals that act as commisioner/s. listeners are people who benefits of music as a public good. DAO is the decentraliced autonomous organization that manages the infraestructure, and mechanisms in place (smart contracts, arbitrage,etc). What you can do you can mint the music you create as NFT. Onchain and offchain commissioning delegated minting (minting fee is paid by commissioner) Offchain commisioning, by declaring a value anf publishing your music as an NFT How it works Each commissioner is a share holer of an ERC721 or erc1155 token. This property is shared with the creator/s party, and allows benefits such as earnings participation and access to special contents and/or specific agreements within the creator/s part. Each share owners has a participation, among the creator and the collab artists, in the returnings of each copy sold in musicShares decentraliced platform. for creator/s: Creators are the author/s of the NFT content. for commissioner/s: When a commissioner buys an NFT erc721, an specified amount of SFT(erc1155) are emited, replicating the original NFT, which revenue is shared with the creator/s. for listener/s: As all music managed by this DAO is already public, each time a listener pays for a distribution, the ownership of the SFT (erc1155) represents a share in the project. commissioners are the NFT owners. They are like share holders. each time the SFT is sold the value of the NFT is higher, and creator/s and collab artists get paid. Alternative markets may arise as people buying and selling replicated copies(SFT) of the original NFT in diferents flavors. Music is automatically protected by IPFS A mechanism to utilize Proof of quicks comments delegated minting. Useful for funding, autions and commissioning where minting price is payed by the owner/s of the NFT. Offchain commissioning, musicShares provides a mechanism to register and validate the music you get commissioned by your offchain activity. You can still interact with the outside world, on your local comunity for example, and still receibe the commisioning price for minting your music and register this transaction in the blockchain. We use NFT as a public mechanism to recognise the value and role of the commissioner in the creation of new musics. How do I start? To start press the plus button at the top of your panel and start creating!

This project uses @moralis as backend, and a html/css/js ui as frontend. There are three types of users: Creators, Commissioners and Fans. Creators are allowed to mint NFTs as a single or longplay musical distribution. Creators can also invite other artists to collab with them. Earnings from the sale and rent of each NFT (called Royalties) are payed directly to each artist and collaboration artists as stated in the smart contract. Commissioners are any user that commands or buys a new work as in the form of an NFT (ERC721). This also allows him to participate in future earnings of the royalties of each commissioned work. General users are people that rent music and scores to personal use, which is made by the buying of NFT-SFT(ERC 1155) derived from each NFT-ERC721 commmissioned work. Each each music file and pdf scores is encrypted whith minter's keys, uploaded to IPFS, timestaped and recorded in the blockchain after minting. This mechanism provides a resilent and decentralided storage while providing an onchain proof for each file through its CID, which can be used in case of eventual copyrights dispute.