NFT Bridge is the Cross-chain trustless Dapp that allows users to transfer their NFTs from one Blockchain to another. The trustless nature of this bridge means that the middleware between two blockchains are built as a Chainlink Oracle, which means anyone can run their own Oracle nodes to ensure that Bridge is alive and trustless. The NFT Bridge is aimed for NFT projects by providing an open source code of Smartcontracts, Oracle Nodes as well as sample UI interface to show the demo. The Hackathon version of the NFT Bridge is still in early stage, without considering much about the security. It also goes in one direction. Since the NFT Bridge is project based, the Hackathon demo uses Scapes NFT, that is familiar to the developer. 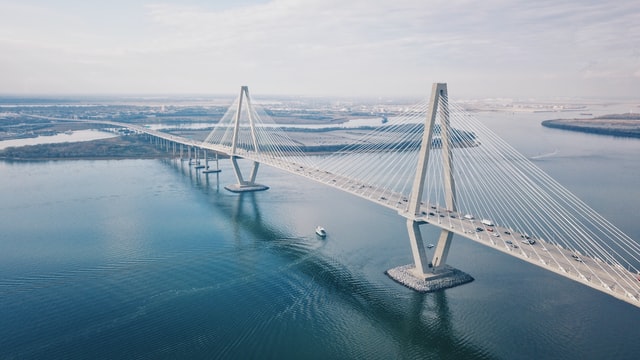 The Project contains the three parts! The first part is the smartcontracts that are deployed on two different blockchains. The smartcontracts are written and tested by using Hardhat Framework. It also relies on OpenZeppelin libraries. The second part is the Frontend which is created using https://web3modal.com to enable connection of multiple Wallets. The last part of the NFT Bridge comes with Oracle Scripts written specifically for Chainlink. The reason of choosing Chainlink is that it allows to run multiple nodes of oracles that Smartcontracts could choose on their own way. The Chainlink nodes are connected to Alchemy RPCs that enables users run the lightweight Oracles, while Alchemy hosts the Target Blockchain data by themselves. On security level, Alchemy allows retreivement of the Storage data, which is highly useful for saving the gas in smartcontracts, yet to verify the Transaction confirmations. The Chainlink Oracles use OpenSea metadata standard to migrate the data from one Blockchain to another Blockchain in a standartized way.