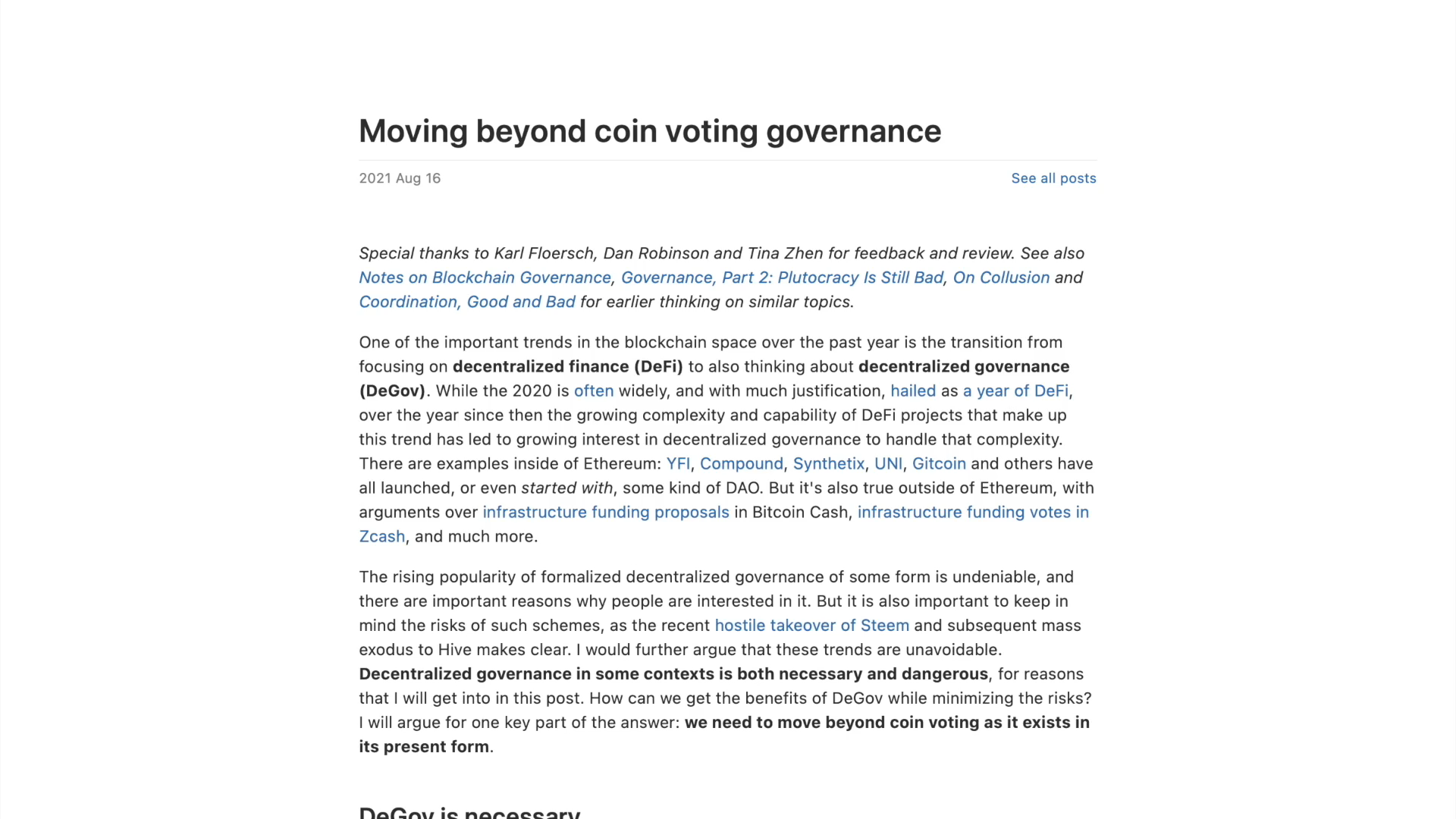 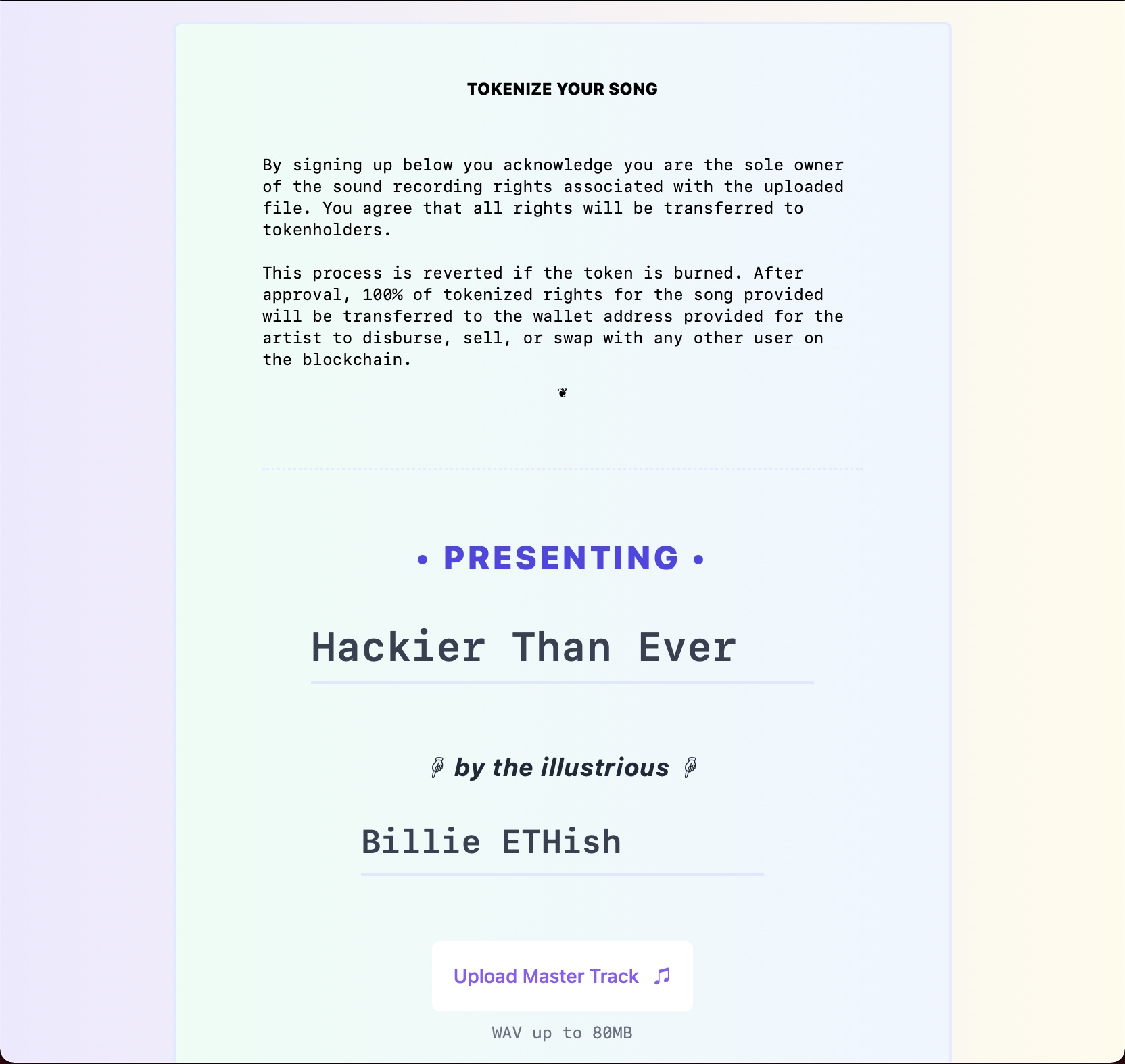 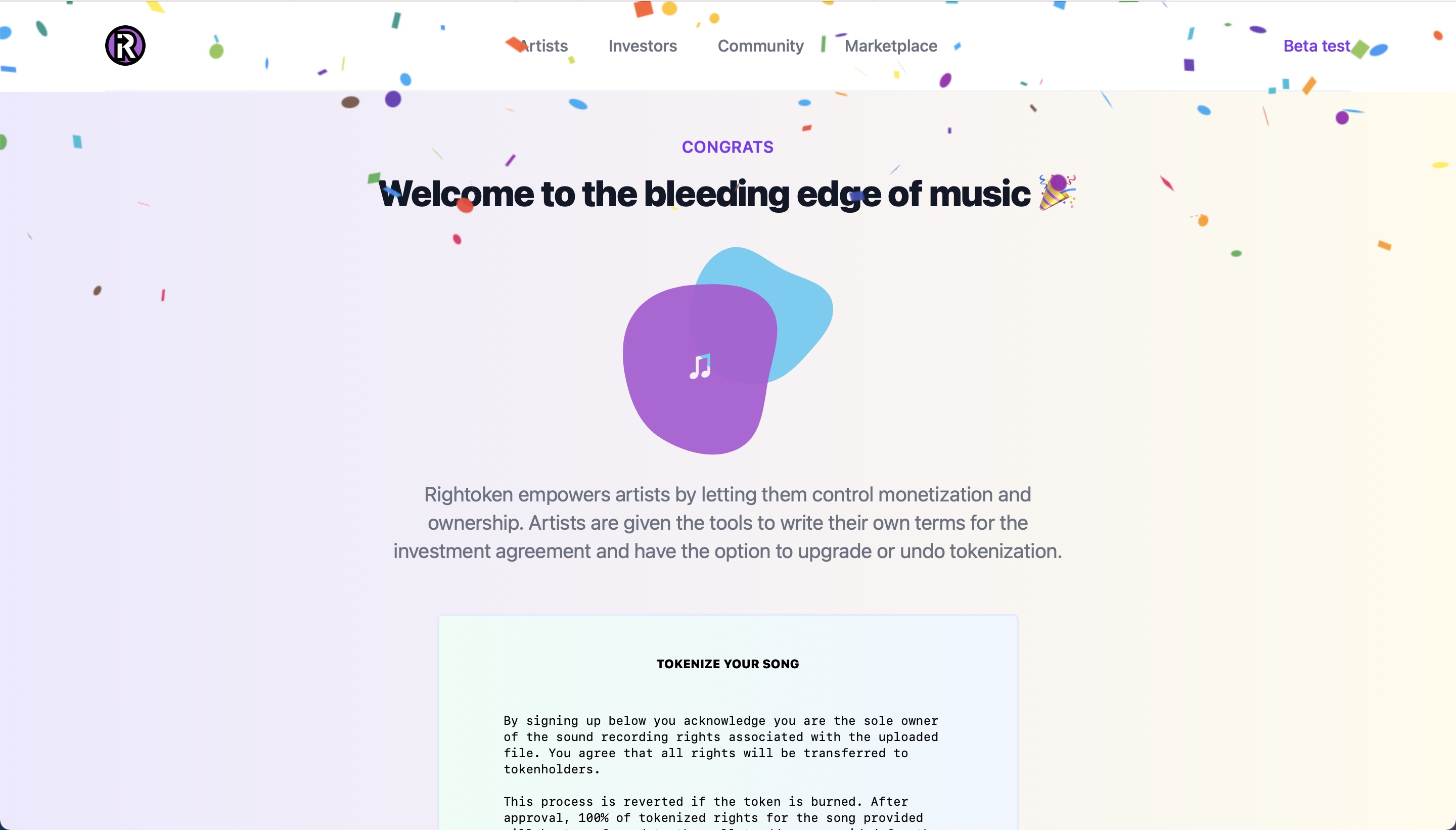 Rightoken is a tool for independent artists to keep control of their work as they grow by enabling them to monetize their work on their terms, using protocols and a marketplace owned collectively by artists. It is not owned by developers or investors. This distinction is massively important for the growth trajectory of the community. Rightoken does not expect explosion near-term growth. A valuable exit is currently not an option to any involved. However, in the long run the economics are flipped. Artists cannot be more incentivized to work on a platform that requires a substantial cut for the investors and developers who were first in. As such, the goal of Rightoken is to build and innovate in the open, first by building a stock market for songs, but later expanding to other frameworks for allowing artists to monetize independently. Ensuring this transfer of power from developers to artists happens smoothly is a difficult problem addressed in the whitepaper written throughout ETHOnline and will be approached incrementally, starting primarily with off-chain governance. A crucial step here is continuing to understand and document existing governance processes like the whitepaper and other community-focused improvements have accomplished. This must happen in tandem with existing tooling that better decentralizes ownership of and access to the platform like Skynet and ENS. 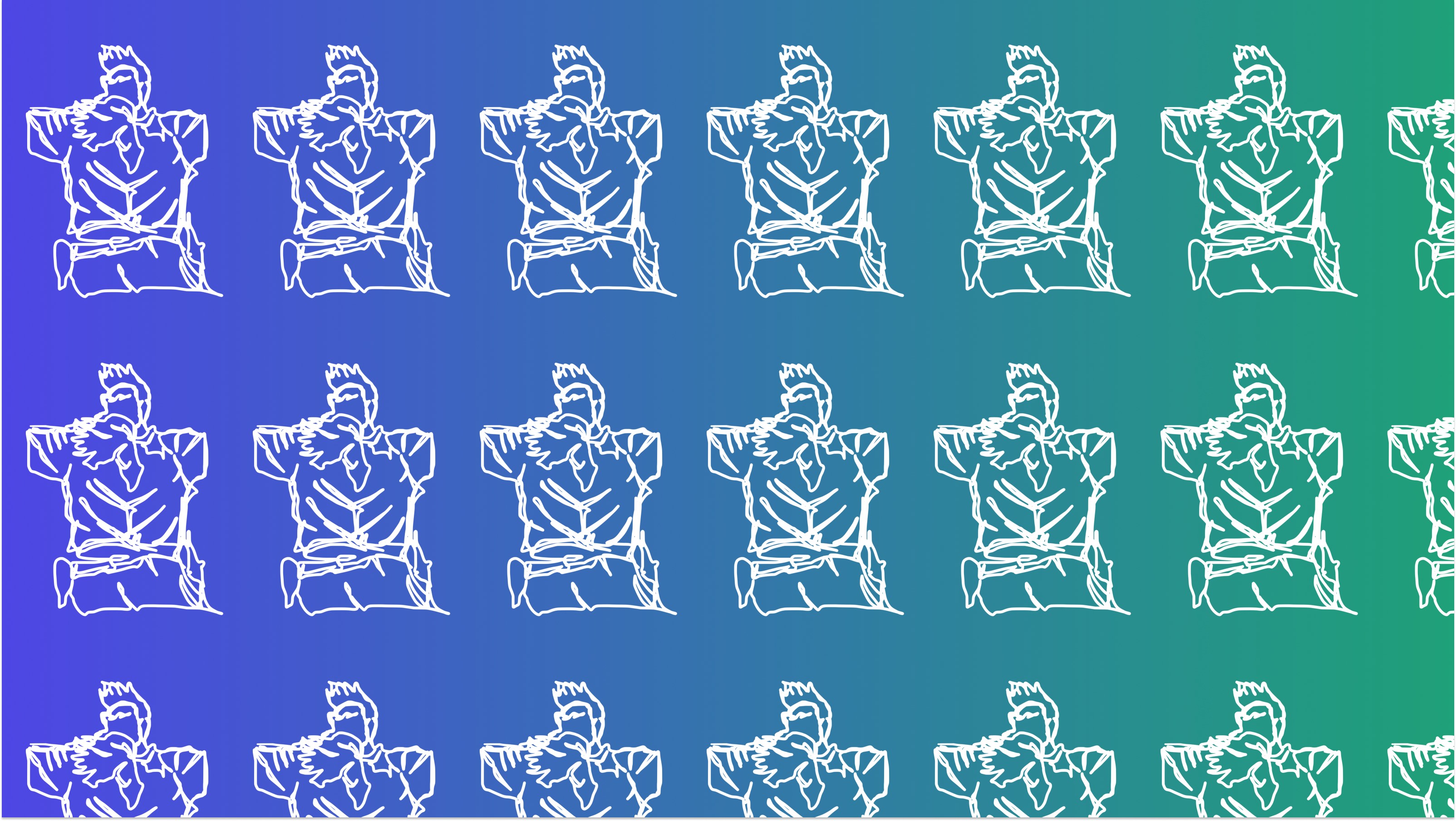 Rightoken is built around a market for tokenized music IP in the form of ERC721. The tokens are minted and auctioned using Zora, with metadata saved to IPFS and Filecoin using NFT.Storage. The more interesting part of Rightoken, however, is decentralized ownership by artists. Accomplishing this handoff from developers and founders to artists in a responsible and sustainable manner is a hard problem that must be approached incrementally as more tooling and research is made available. As such, off-chain governance is hugely important in the early days of development. Critical tools in this effort are Skynet and Homescreen, which not only allow Rightoken to remove a centralized point of hosting and content delivery, but also in affording users some power to decide which front end version they want to use. DeFi is highly sensitive to regulation and inherently risky monetarily. Homescreen allows users to access versions that better suite their needs and abide by their country's regulations. Furthermore, users can easily roll back a malicious or insidious update the community does not like or agree with. This ability to "soft fork" is an incredibly powerful form of off-chain governance, immediately giving power back to the community while on-chain governance processes are being built and formalized. ENS is also used to eliminate a centralized gatekeeper by using the URL text record for rightoken.eth to point to the Skynet Resolver URL. This -- in addition to the @rightoken Twitter link also added to the rightoken.eth ENS record -- allows users censorship-resistant access to the service and a channel of communication.