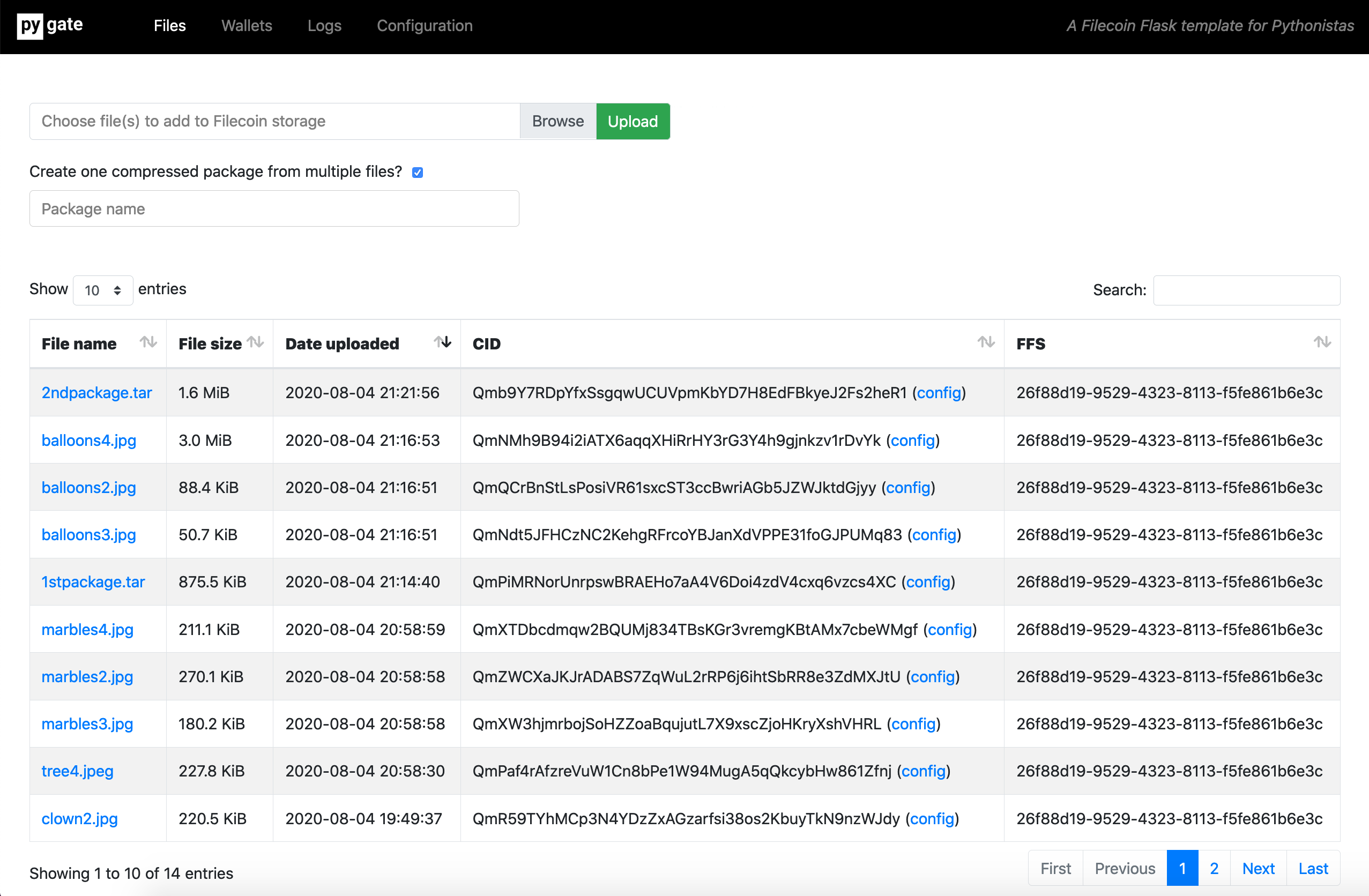 A gateway to the Filecoin network and IPFS technology for Pythonistas. To date, most of the tooling has been geared towards Javascript and Golang developers. Python was overwhelmingly voted the "Most Wanted" language in Stack Overflow's February 2020 survey of over 65,000 developers. We're bringing Filecoin to this community. The Pygate project has three deliverables: 1. A Python gRPC client for the Textile.io Powergate Filecoin API. 2. A Flask web application that implements the Python gRPC client and serves as a starter template from which to create more sophisticated Filecoin applications using Python. 3. A Flask based API that uses the pygate gRCP client to provide a web socket interface to the Filecoin network. It is intended to support web apps with issues such as wallet management and the long-running tasks which are expected for transactions on the Filecoin network. 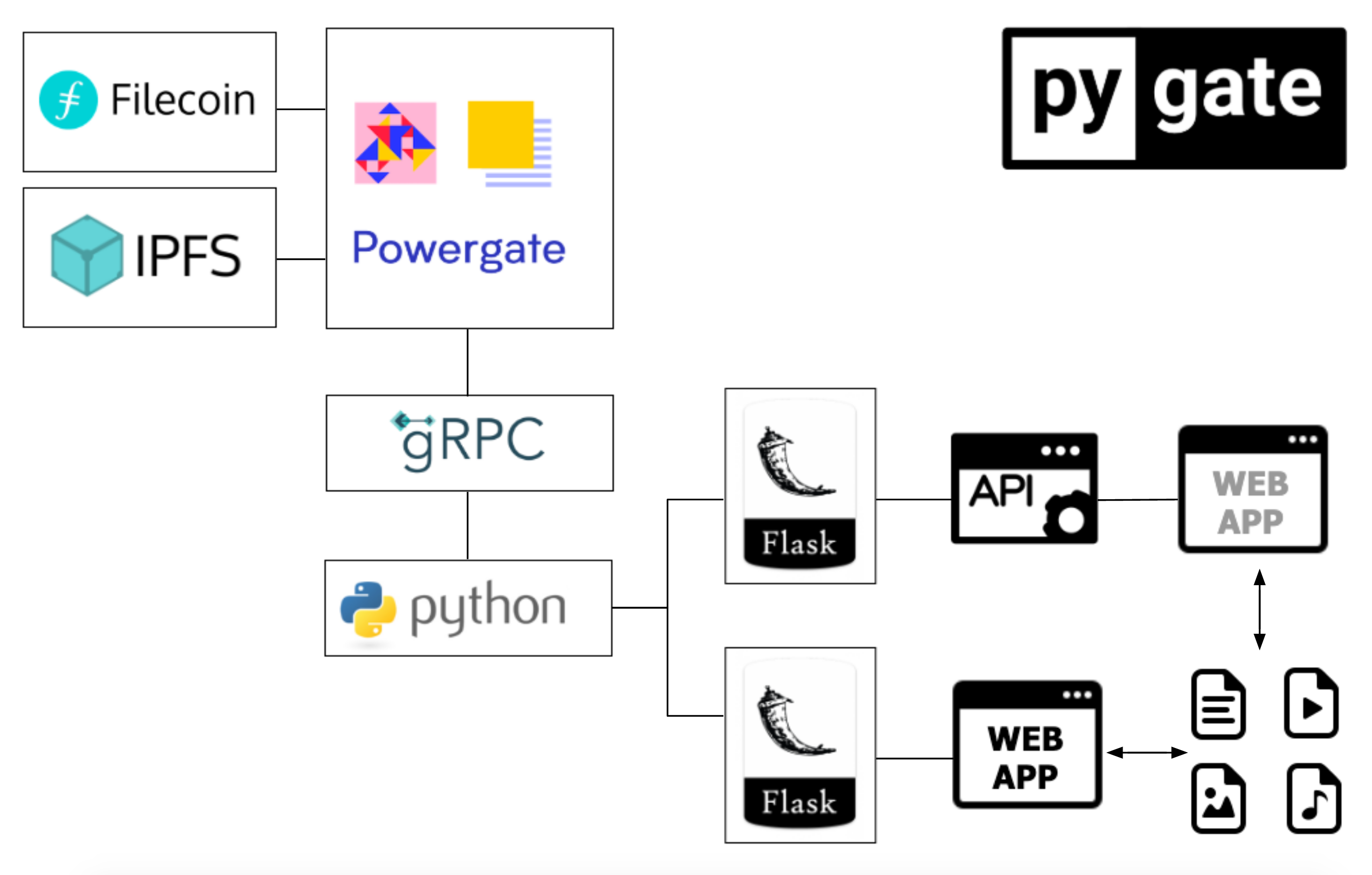 We used Google's Python protocol buffer API to create a package that reads and writes Powergate's gRPC messages. This package is used in a strawman Flask application that other Python developers can use to create Filecoin applications. Flask is the most popular micro-framework in the Python space and provides the simplest structure and patterns to hand-off to other developers. We also used Flask to create a REST and sockets-based API for handling long-running Filecoin tasks.