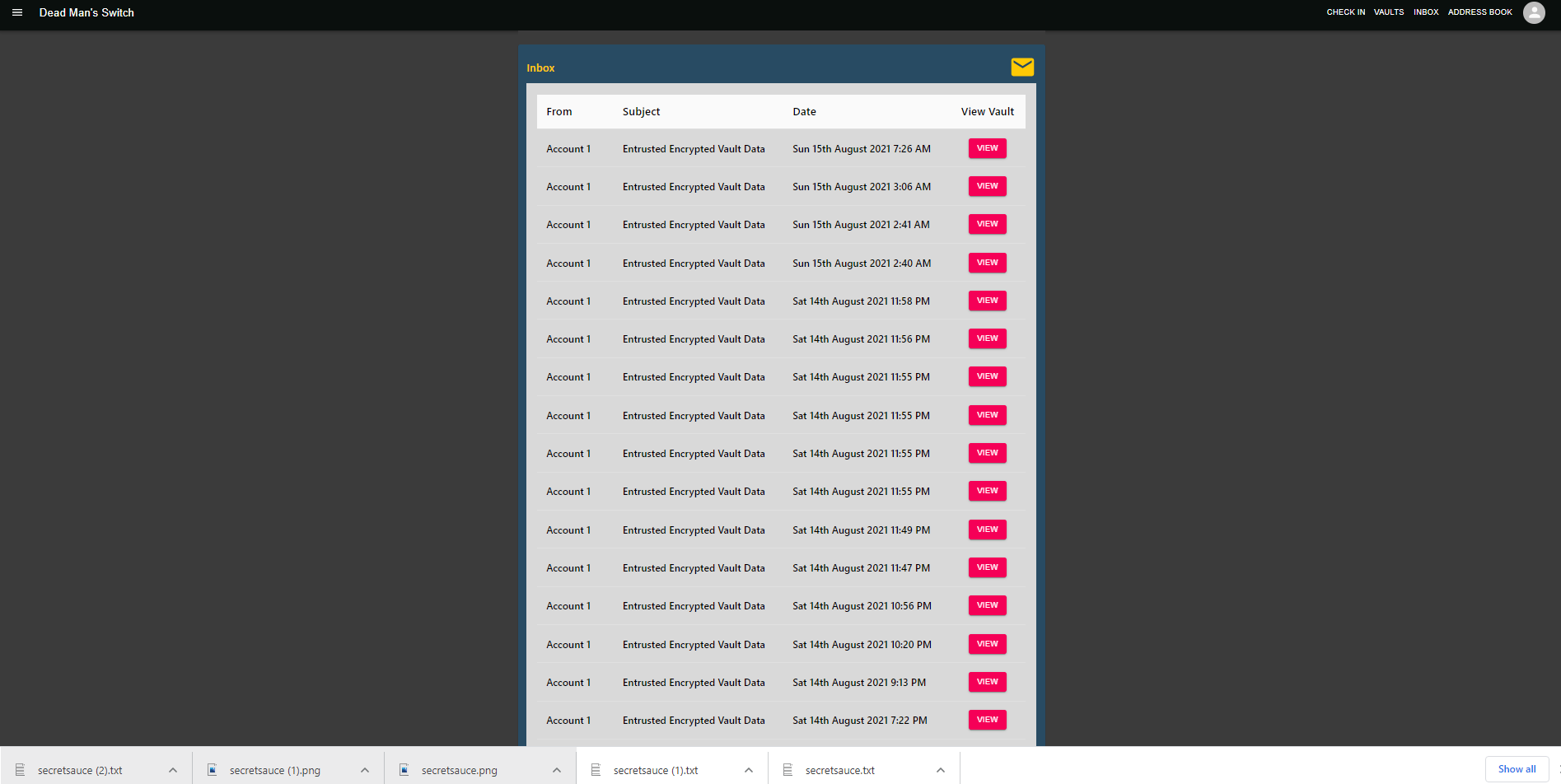 A switch that is designed to be activated or deactivated if the human operator becomes incapacitated, such as through death, loss of consciousness, or being bodily removed from control. Allows users to create vaults that store encrypted files that are uploaded to web3.storage The user shares these with trustees. Trustee access is controlled via a smart contract. Trustee access is only granted when the owner of the vault fails to check in with the smart contract within a specified time period.

The DAPP is built in React. The user identities are managed using Ceramic/IDX. Vault configuration data is store in Textile.io threadDB. Users private and public keys are also stored in threadDB. The smart contract controls access to a vaults encrypted private key. A key is encrypted with a trustee's private key and stored on the block chain. Files are encrypted and stored using web3.storage.