OpenLabs is a blockchain-based peer review platform for scholarly research that promotes open science through the use of tokenomics and a robust reputation system. Our mission is to mitigate the replication crisis currently experienced in the soft sciences. 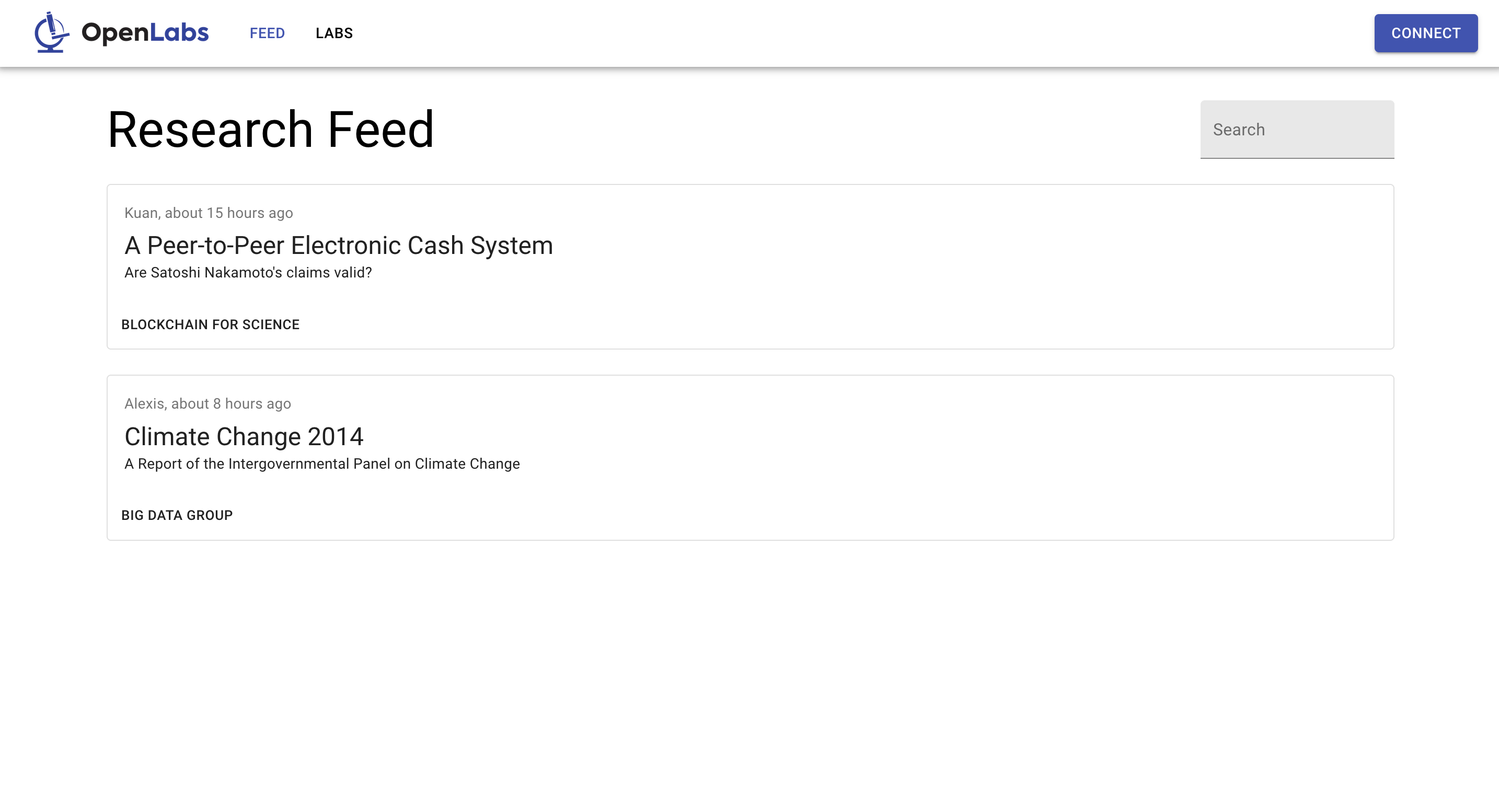 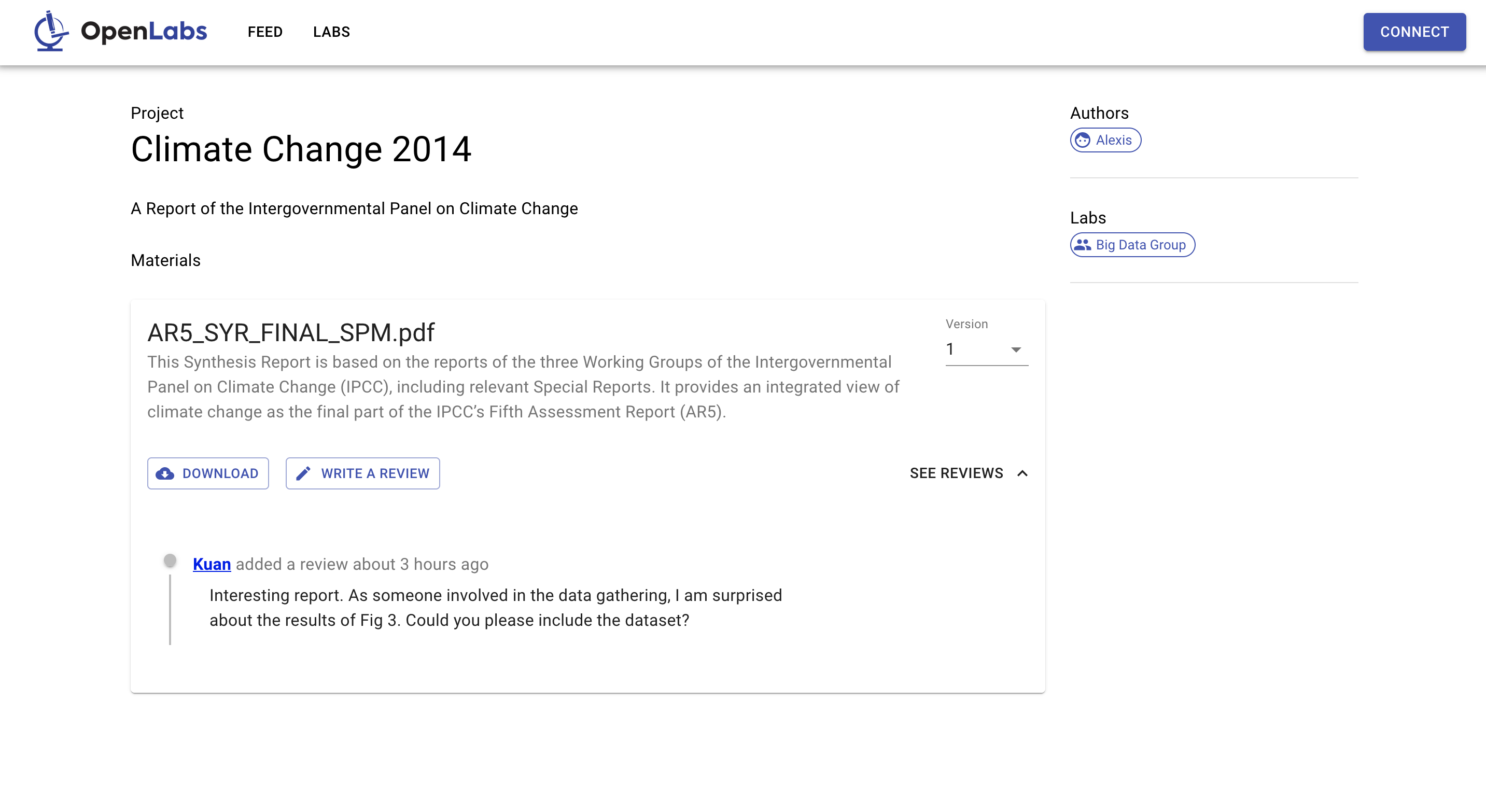 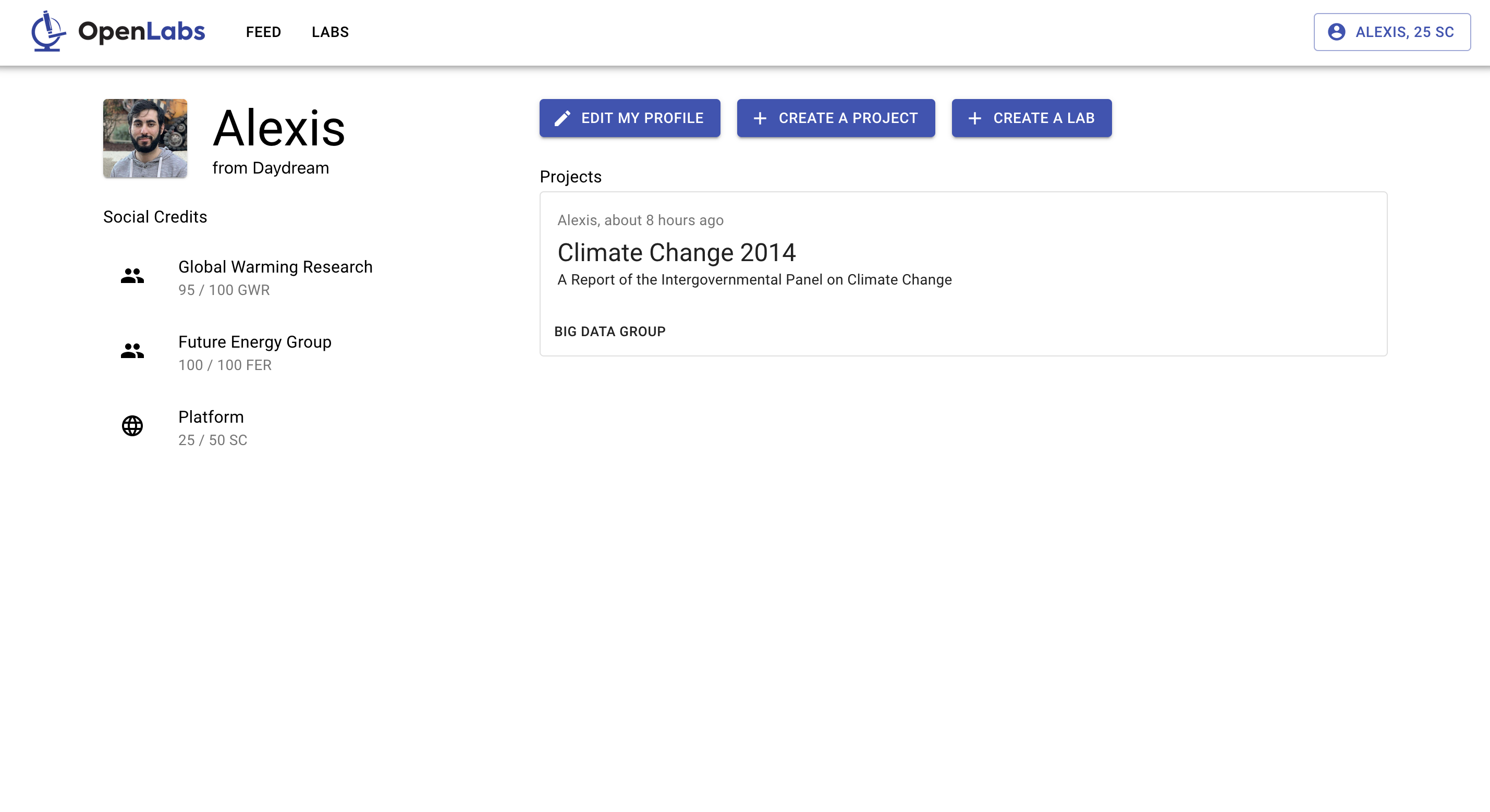 Reproducibility crisis is currently a major issue that plagues science due to the lack of replication or follow-up work. Hence, we seek to create an open platform on the blockchain where replication work is incentivized, credited and openly accessible. Our platform functions like a Github Issues for scientific research. At any stage of their research, researchers can list their project on our site and upload relevant supporting materials. All uploaded materials are tracked by version contol and can be reviewed by others (e.g. does the Python script work, is the dataset complete?). Our novel contribution is the Social Credits (SC) system, which are non-transferrable tokens (similar to Reddit's Karma) that can be earned through reviewing others' work. To post a review, one must stake a certain amount of Social Credits for fixed duration as collateral, which may be forfeit if the project author reports the review to be irrelevant or spam. Even when marked irrelevant, the review content remains accessible on the project page, so project authors do not gain from targeting well-meaning critics. Users can also experiment with decentralized governance on this platform. Any user can spend SCs to create 'Labs', which functions as groups that issue their own group-specific SCs. Users gain lab SCs in addition to normal SCs when they review projects that are affiliated with one or more labs. Projects become affiliated with a lab after users 'vouch' for its acceptance through spending the lab-specific SC, allowing for decentralized decision-making. This way, subsets of researchers with shared expertise can build their own community, scout out projects that are relevant, and make reciprocal contributions to one another's work. 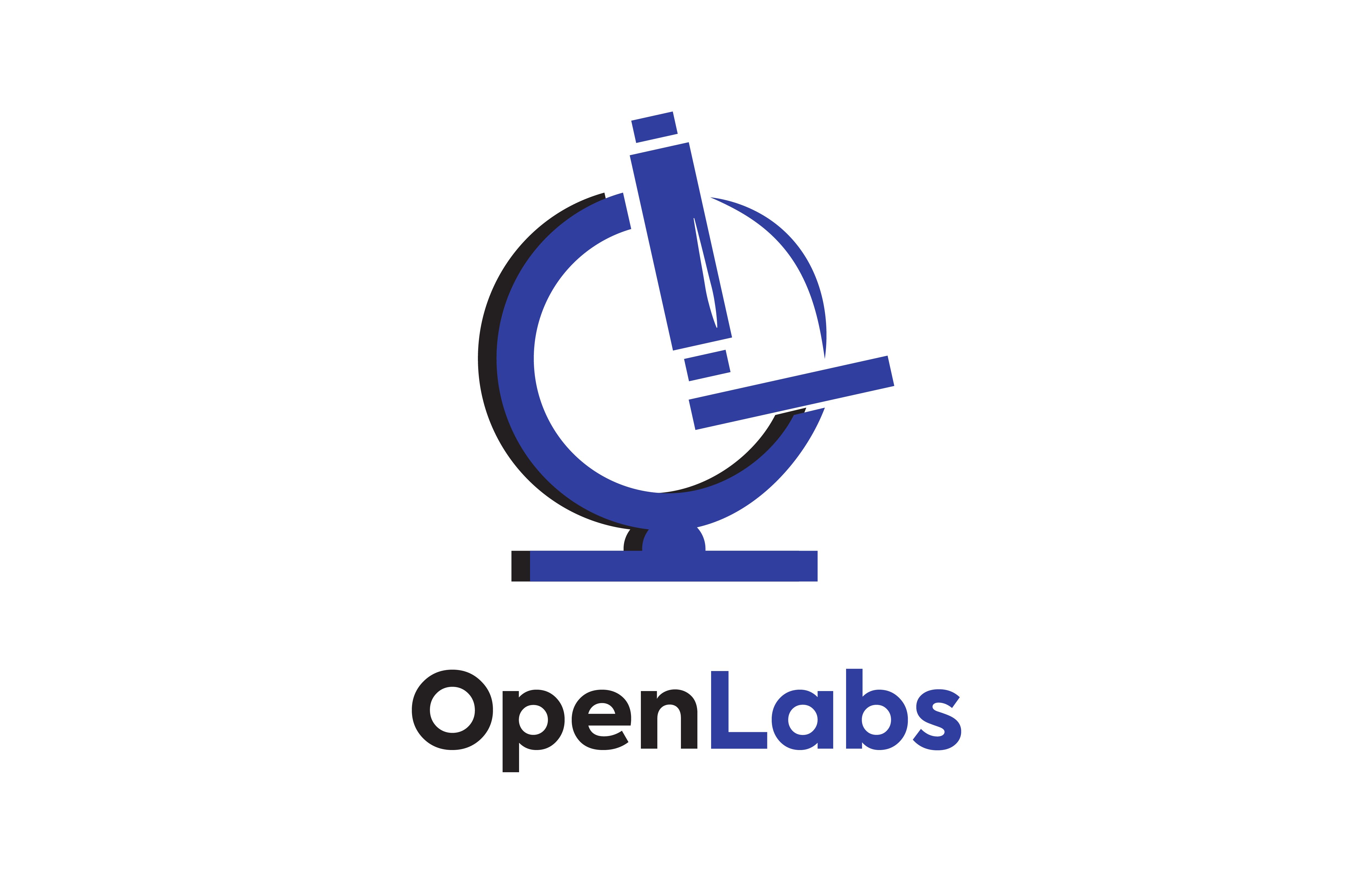 This project uses Ceramic to manage file version control and edit permission, allowing changes to project (e.g. modified scripts, updated datasets) to be publicly tracked and traceable. File contents are stored on web3.storage, and the generated IPFS links are recorded on Ceramic streams. Finally, the Ceramic stream ids are published to the blockchain to create a public ledger of projects and file indices. We use the IDX protocol to keep decentralized identitites of our users, including their profile picture and linked wallet addresses. Social Credits is derived from the ERC1155 class, with modified functions to prevent user-to-user transfer. This flexible token definition allows for the support of lab-specific NFTs in the future (idea: Each lab creating their own variant of 'Nobel prize' that are awarded based on voting with lab SCs). Our next step is to implement Chainlink to improve security, such as ensuring IPFS files with the correct content are supplied onto the blockchain. The Graph is also a potential solution to manage the large amount of data queries currently made through the frontend.