Make payments depending on the user brain feedback.

When you buy something, you pay the same price regardless of the personal benefit you get and the use you will have for it. As example for music on Spotify or other stream platform you reward the artist the same for each song you listen, if you like it or not. The idea is to give the possibility to the user to give a grade to the music to reward more the one he like and less the one he don't really like but listen to them because suggested or in the playlist. But stopping the music after each song to ask for a grade will be a nightmare, so the idea is to use an EEG that the user wear while listening to the music to detect his brain state and see how positive is the music for him, giving a grade from 0 to 10 according to the brain signal (relaxation level). At the end of the song the artist is rewarded by blockchain payment depending of the grade. 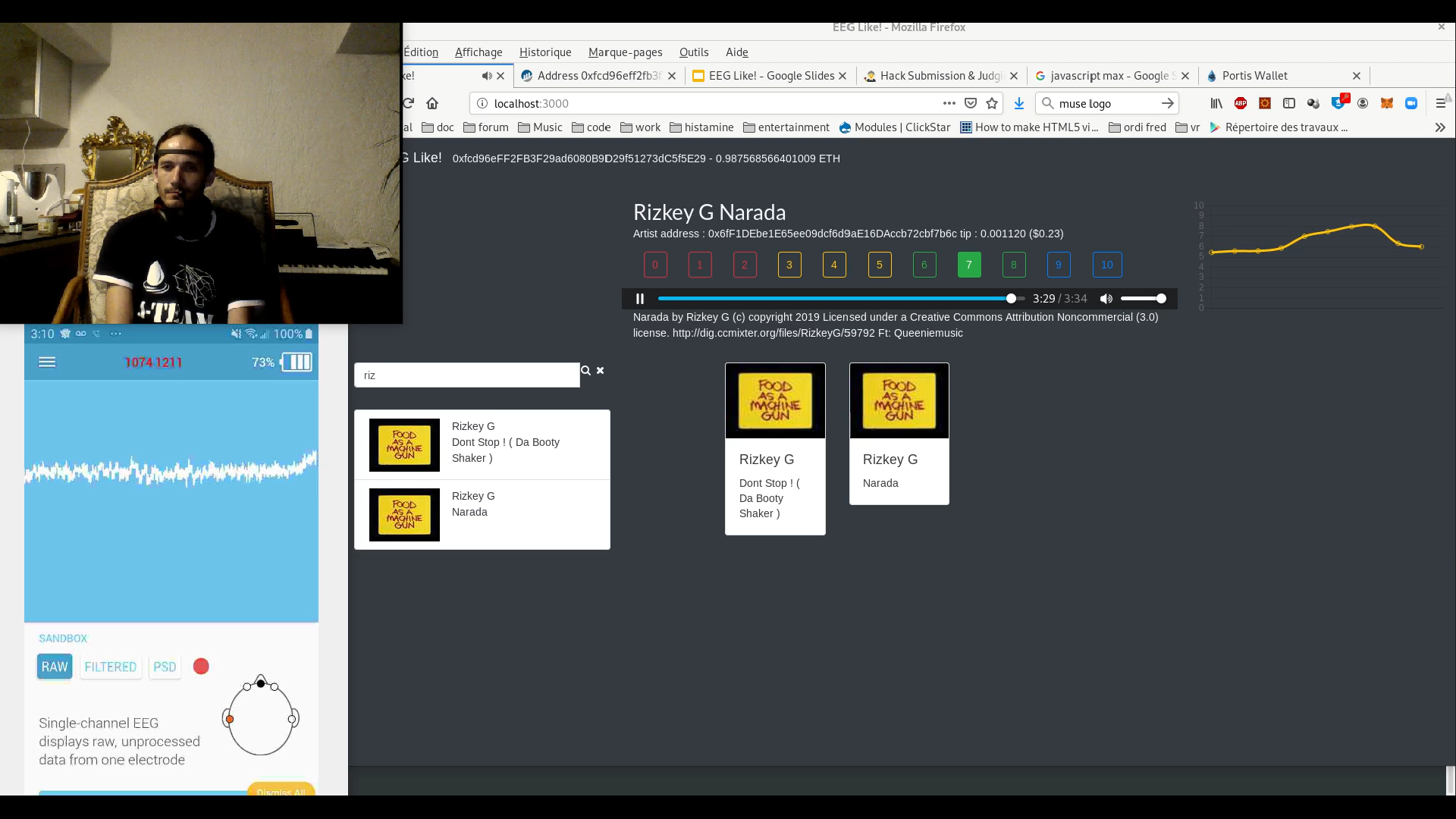 I use a Muse 1 EEG that have an open API and a reasonable price ($150). I used an open source React Native/Android EEG application EEG 101 as base to acquire raw data. Because I needed a specific signal processing and a nice environment to develop for it I developed from scratch a server application in Python. I developed a steam platform for music in React/Node/Sqlite taking Creative common music from ccmixter.org Songs and images are saved on the SIA Network I added a notation system and Portis Wallet/web3 for payment to the artist Artist wallet are register as ENS I added real time chart in the react, getting data after Python processing and deduce a level of like (0-10) while listening to the music