Our mission is to create a social positive donation platform which maximize the value and impact of your donations by Investing the initial donation, generating monthly revenue stream from interest profit , and reducing the campaign origination and operation cost 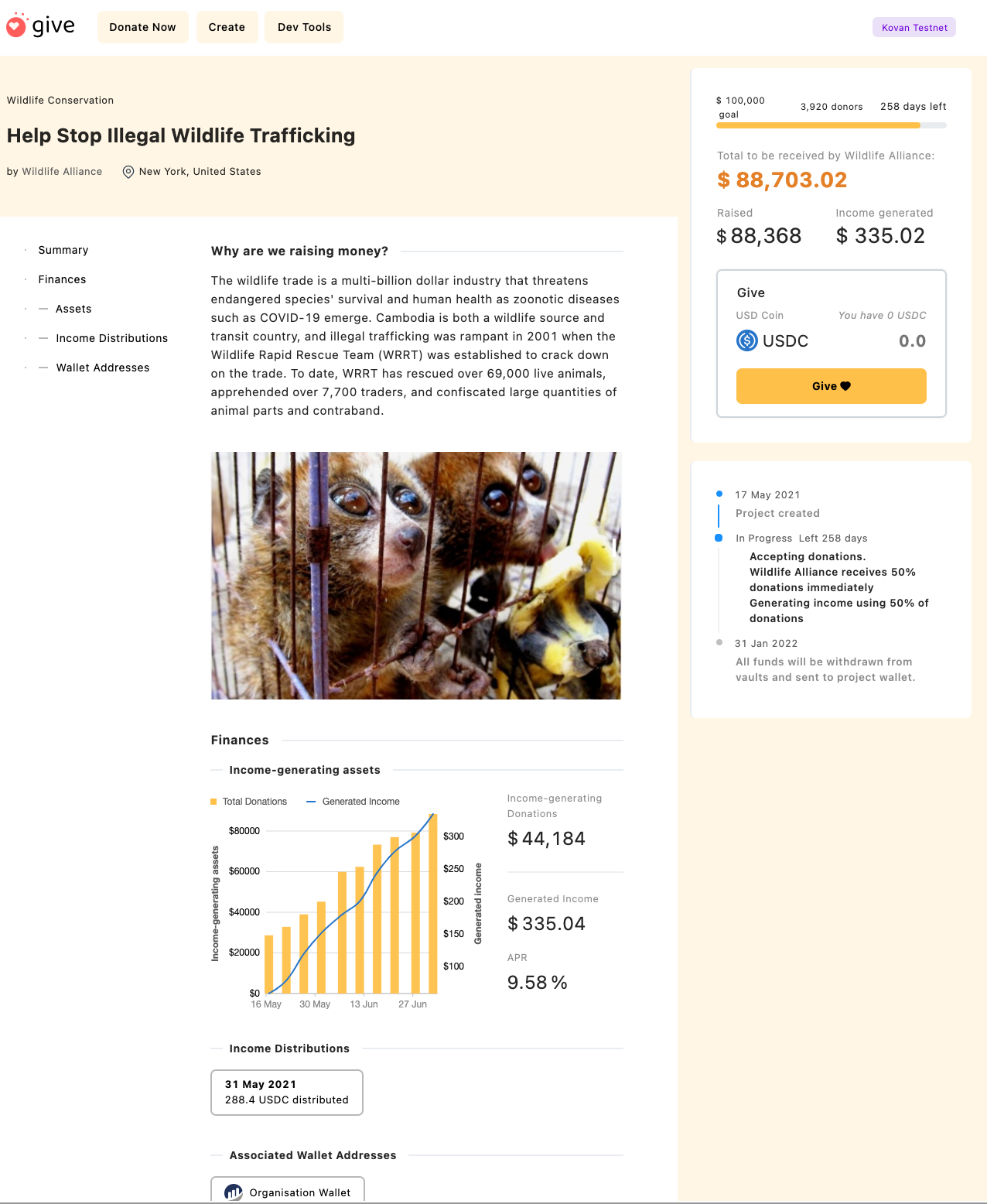 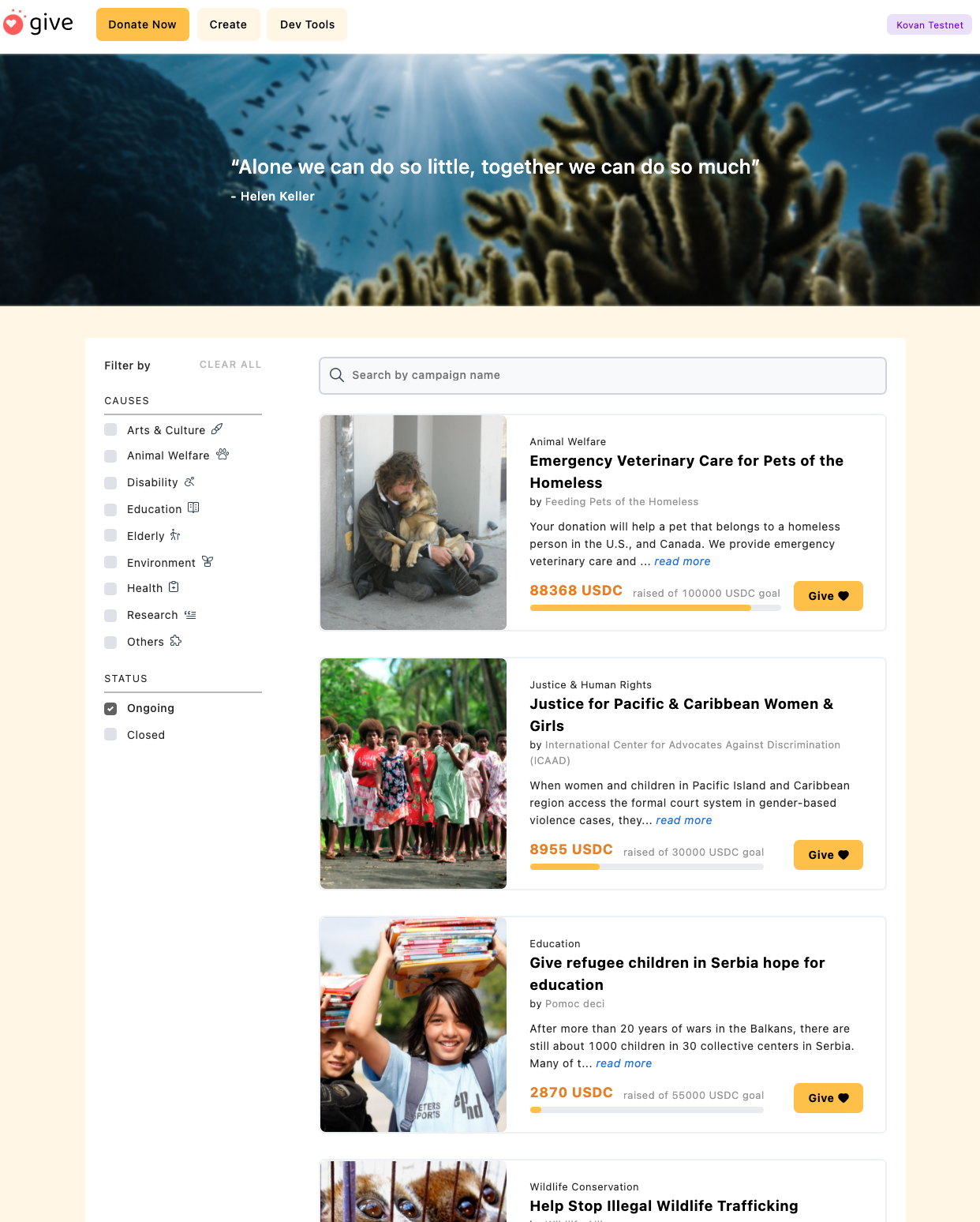 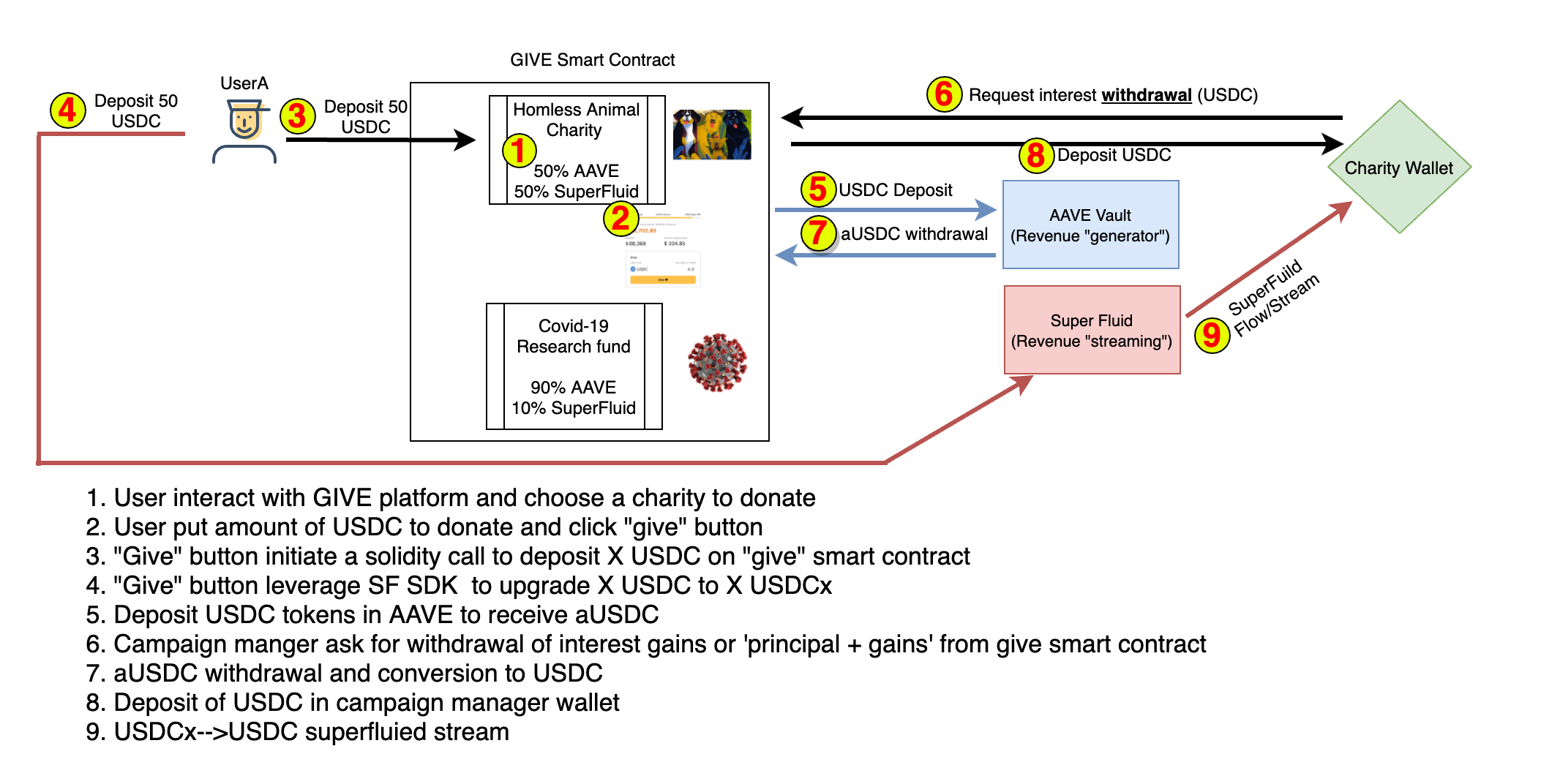 We are building a non profit social positive donation platform over DEFI . During a traditional charity campaign approx. 30-40% of the funds donated are getting "lost". These "lost" funds are not received by the charity which they were donated for. They are used to pay for salaries , intermediaries , clearing services and more. With the donation cycle overhead in mind we went on a mission to find a why which pay the charity more then your original donation . This can be achieved by reducing the process operational cost and by investing the funds. The increased principal with minimal to no management cost allow the total sum to be GREATER then the original donation sum. Our platform will provide marketplace for charities to lunch their campaign. During campaign creation the campaign manager will decide on some configuration items , such as; 1. Vault Expiration Date - The Date of which the vault will be dissolved and all funds will be released to the charity 2. Vault Allocation - A setting which allow the campaign to designate some funds to be paid over time (without interest) , while some funds will be invested and will be paid at later time. This function allow organization to receive larger payments early while forfeiting some APR profits for funds which are not in vault. 3. PAOP Rewards - Each donation will generate a POAP token "I donated". There is bronze/silver/gold. The range of donation for each grade can be adjusted and configured. Once a vault has been created, users can interact with the vault and donate USDC. The vault will incur interest over time, on monthly basis the vault will withdraw the interest profits and will pay them to the charity (The original principal remain in vault to continue to generate APR). During the strike/expiration date of the vaults the process will withdraw all the principal and earned interest and will pay it to the charity. Once a vault has been expired it cannot be reopened. A new campaign will need to be initiated. Some charities will need a quick turn around, thus the vault allocation is offered. This option drive bootstrapping of revenue stream , by directing some of the funds for "payment" in lieu of "investment". These funds allow the organization to get funds while their vault is growing with donations until it significate enough to generate a "Strong" revenue stream by APR alone . Funds which are allocated for "payment" will be streamed to the charity via superfluid, thus driving the revenue stream in parallel to the APR. Our MVP will include; 1. Vaults - Each charity will have its own vault. Each vault will act as the "bucket" of funds of the organization. 2. Investment - Each charity vault will "invest" the funds in AAVE to generate revenue stream by lending the funds 3. APR collection and payout - Process to collect the APR revenue and pay it off to the charity on predefine incremental. 4. Expiration payout - At vault expiration all funds will be released and delivered to the charity and the vault will be closed. 5. POAP - Provide a POAP for donators (I donated sticker). *During MVP the system will support a single campaign for company/charity Future enchantment ; 1. DAO - Enable DAO tokens ; provide the ability of running multiple campaigns for each "charity" , provide way to control maturity date , funds investments strategy and etc. 2. Multi asset intake - Provide the function to donate with various type of tokens. 3. Automated KYC , AML and vetting process for new vaults and charities 4. Yield Farming options - Add additional options for investing the funds of the vaults such as ; badger , comp , curve , cream etc…

Ethereum - Trustless blockchain for deploying smart contracts that enforces the rules of the donation, how assets will be deployed, who are the beneficiaries etc. Uniswap - As a medium to exchange any tokens to USDC, for the convenience of the donors Circle/USDC - We use USDC as the principal donation currency for a stable store of value. SuperFluid - As a payment engine to stream payments at set frequencies to beneficiaries, akin to an hourly income. Aave - for fixed lending interests to compound donation value IPFS - Decentralized static front end storage Scaffold-eth + Hardhat - Solidity dev platfrom Please see "screenshot`s" for detailed architacture and flow`s inside our platform.