You want to have CDP and farm benefits by borrowed money, but you have no time for 24/7 position controlling? We want to take a load off your mind and let you do it by automated product with 2 buttons: Farm and Withdraw.

Because of liquidation risk, an investor should control his Collateralized Debt Position (CDP) on Aave every time, we want to take a load off his mind and make a protocol for automated position controlling on Aave based on Health Factor, and as a bonus: with farming on Curve pools at the same time. How it works? Deposit: 1. Alisa goes to project site 2. She connects her wallet 3. Then she pushes button Farm and chooses amount of money, for example 1 ETH 4. ETH goes to project smart contract 5. Protocol adds it to the position on Aave and borrows USDT for 1 ETH (with controlling of Health Factor (HF)) 6. Then protocol sends USDT to project position on Curve pool. 7. If HF goes down, protocol withdraws USDT from Curve and balances the position on Aave 8. If HF goes up, protocol borrows more USDT at Aave and ads it to the position on Curve Withdraw: 1. Alisa wants to close her position in the project 2. She pushes button Withdraw on project site 3. Protocol withdraws USDT from the pool on Curve, then repays the debt on Aave and sends Alice's 1 ETH + benefits from farming on Curve to her wallet 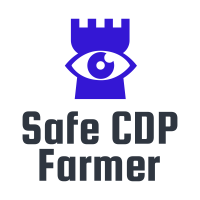 Because of liquidating risk, the user should control his Collateralized Debt Position (CDP) on Aave every time, we want to take a load off his mind and make an algorithm for automated controlling position on Aave with farming on Curve at the same time. Scheme: User deposits money at our contract. We open position on Aave. Then we put money at Curve. If the health factor goes down, our bot takes money from Curve and closes its position on Aave. If the health factor goes up, our bot borrows more money on Aave and puts it to Curve. Profit.