AutoHedge allows you to LP on DEXes without price risk, and is immune from IL, by automatically managing a hedge against e.g. ETH in an ETH-DAI LP. The position value never goes down but gains fees. You can leverage LP - if the pair has 10% APY, you can 10x to get 100% APY 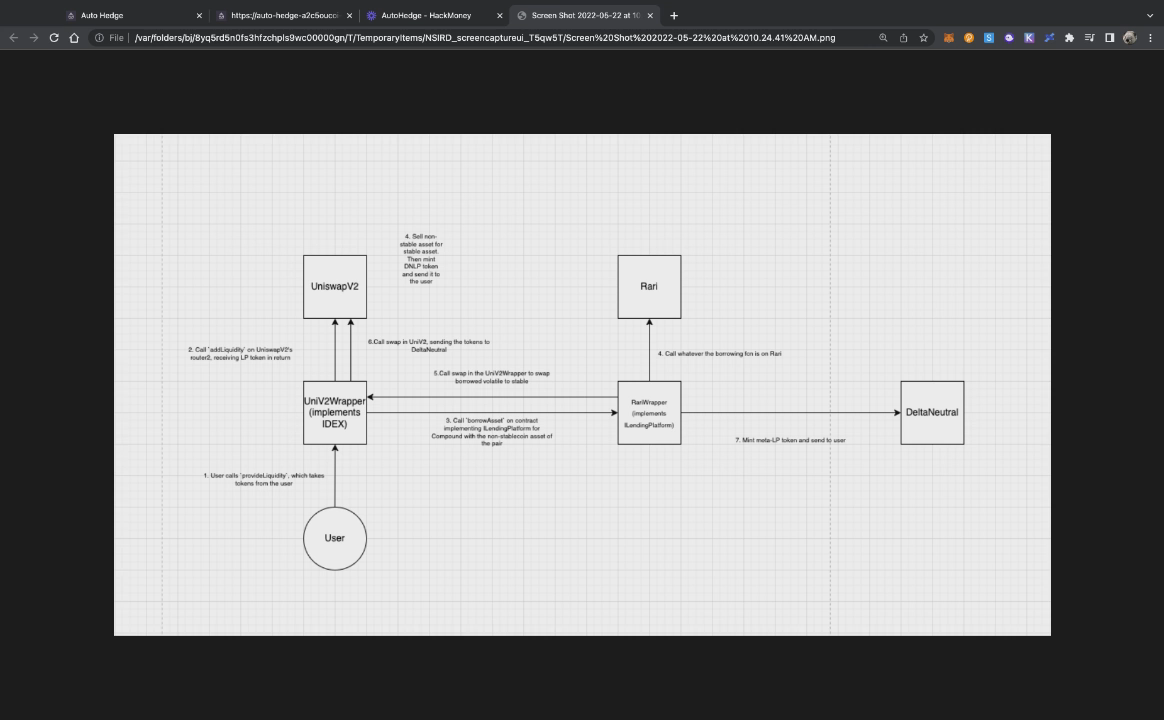 Used Hardhat to test the Solidity contracts, and used React to create the UI - nothing too crazy :) It uses Uniswap as the DEX to swap and LP on, and a fork of Fuse to borrow from (Midas - they're only available on BSC testnet atm - since Fuse got hacked recently and paused all contracts)