We are building a credit score system, this would help against over collateralized loans across all lending platforms, users can add addresses from all other platforms and aggregate it together. 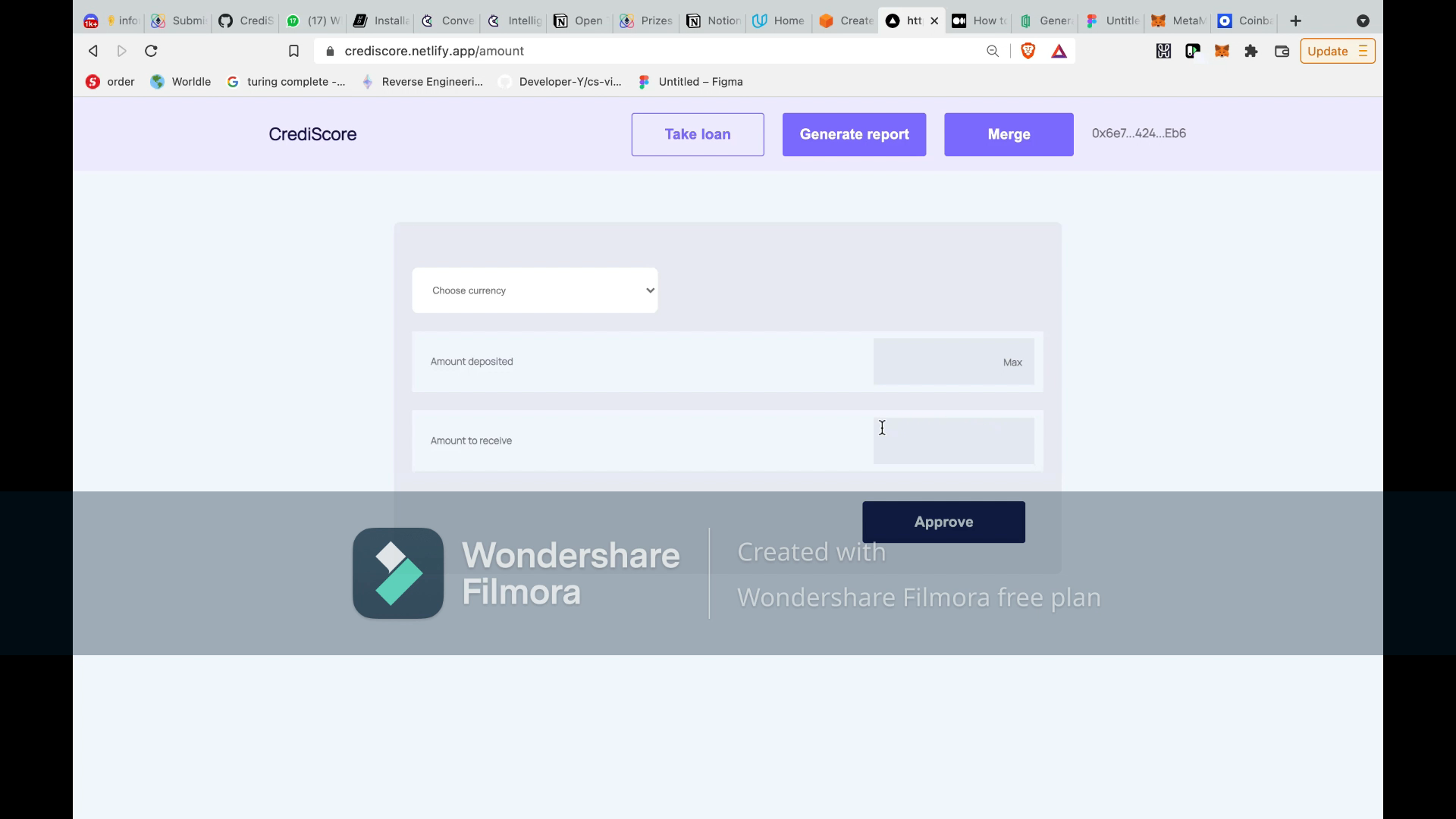 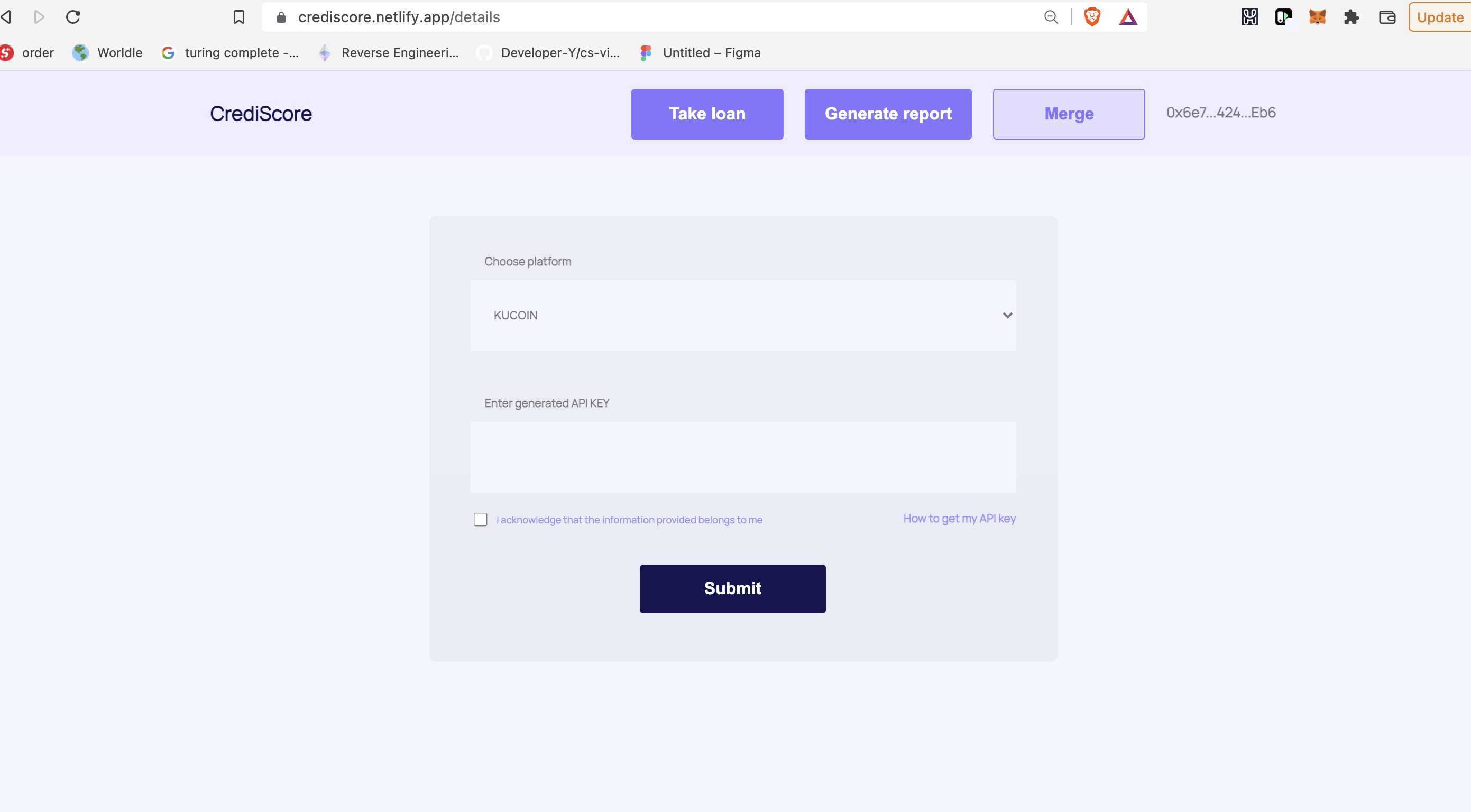 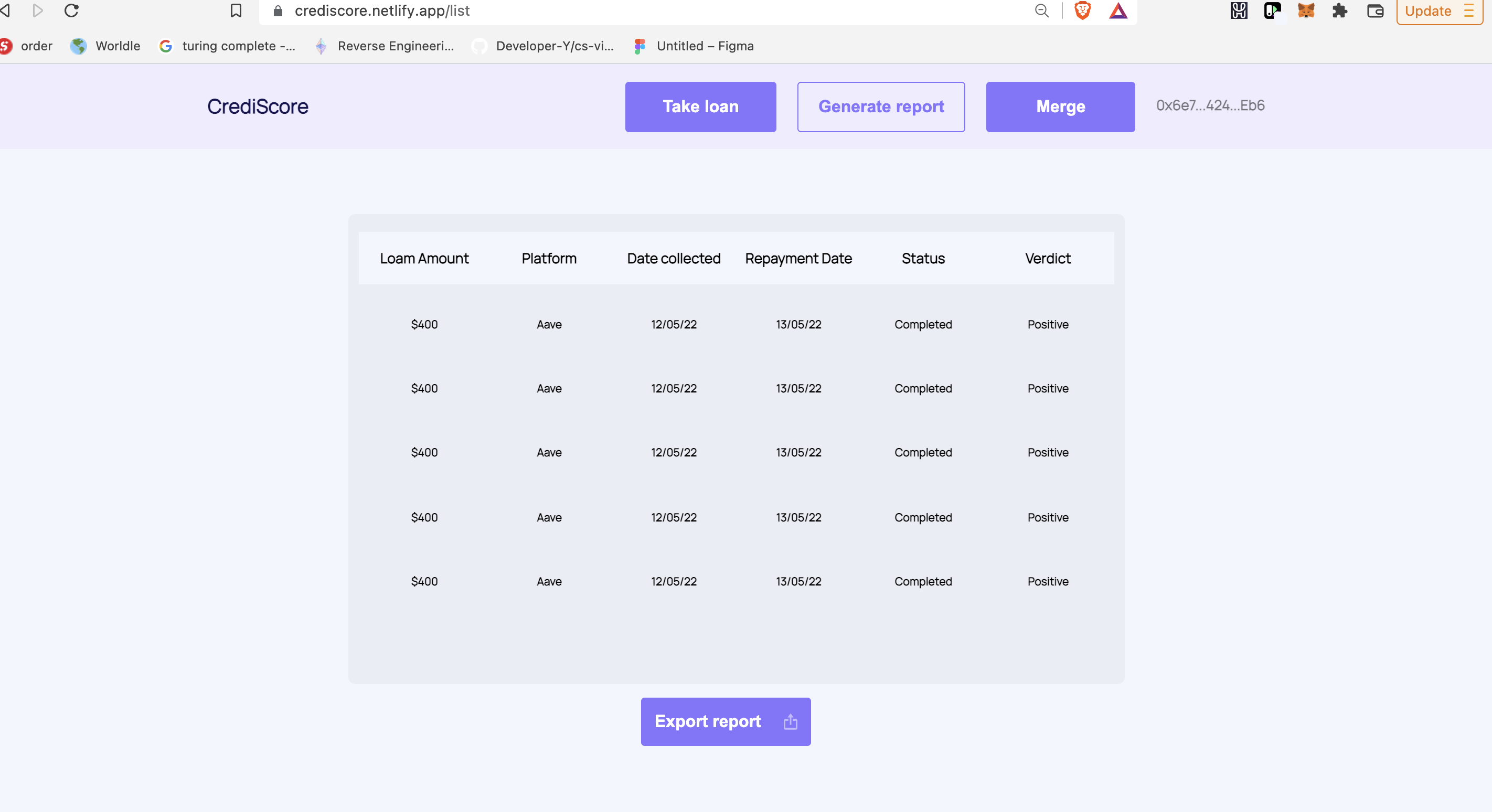 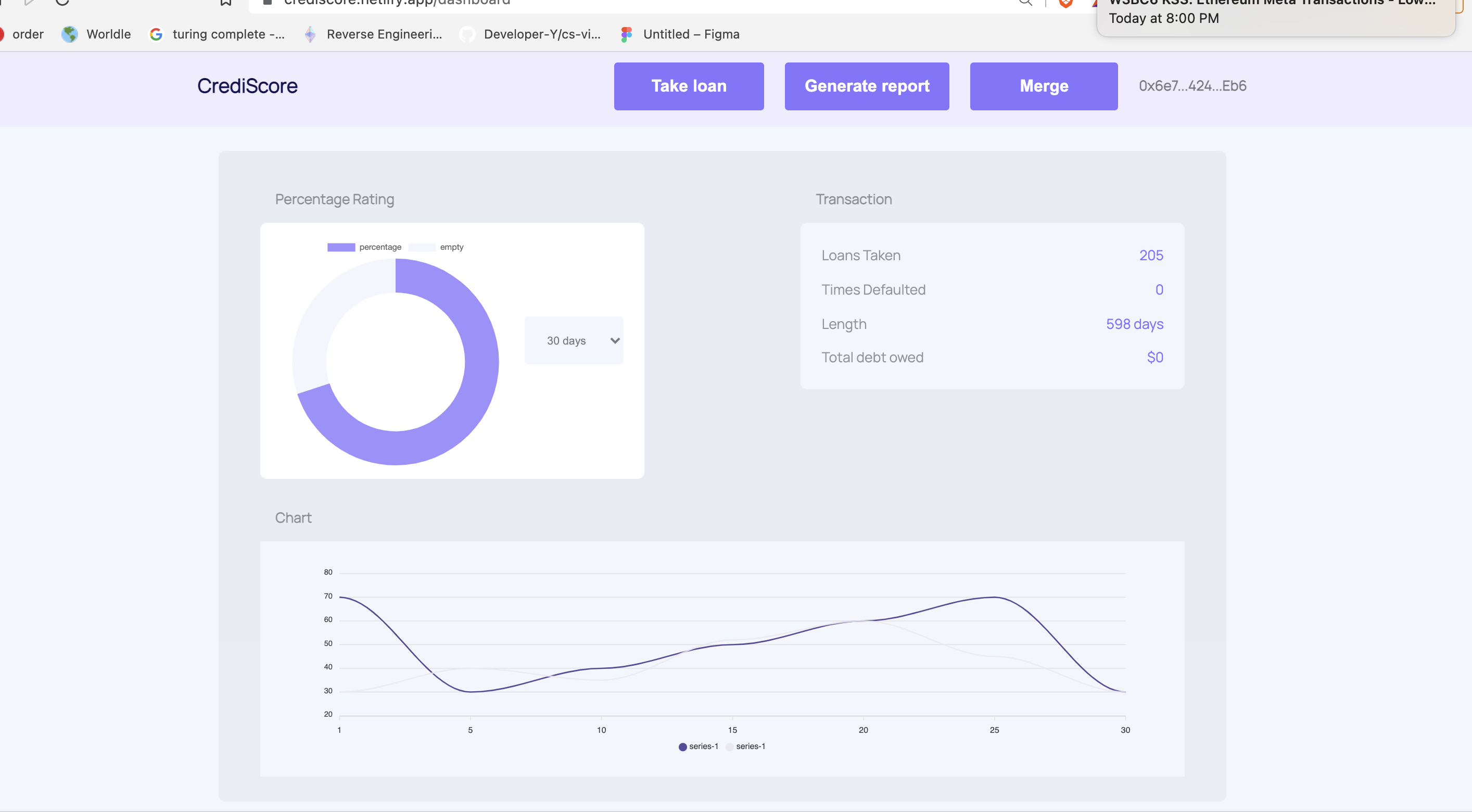 The increase in defi have been on the increase continually, but there have been issues surrounding overcollaterized loans and this have been an very tasking issue to solve sue to the ever increasing multitude of addresses than can be owned by a user, this poses an issue to aggregating this transactions to just one user. So we made use of Worldcoin technology to ascertain that only one user per account is trying to interact with our platform and we also allowed users import their api and we generated a credit score for them based on previous transactions, users can store this details as pdf and use on the fly. On achieving a positive credit score users are entitled to undercollaterized loans and other benefits, we belief this project would be acceptable in the traditional market system to generate credit score for users also and allow them access to loans in the traditional banks and also allow them have access to other benefits.

We build a backend logic that takes into consideration how loans are paid, we collect users collateral and track if they payback on or before the repayment date, we also factored liquidation calls into our design, only one specific user can use our system we made use of the Worldcoin technology, and allowed users to connect with their wallets(coinbase and walletconnect), users can generate their credit score and save it on ipfs/filecoin to be used on the fly. The smart contract was deployed on polygon network to harness the benefit of speed and low gas fees