DeFi Credit Ratings given out in the form of an NFT: a Non-Fungible Credit Score. World ID is used to verify that a real person is requesting a credit score. 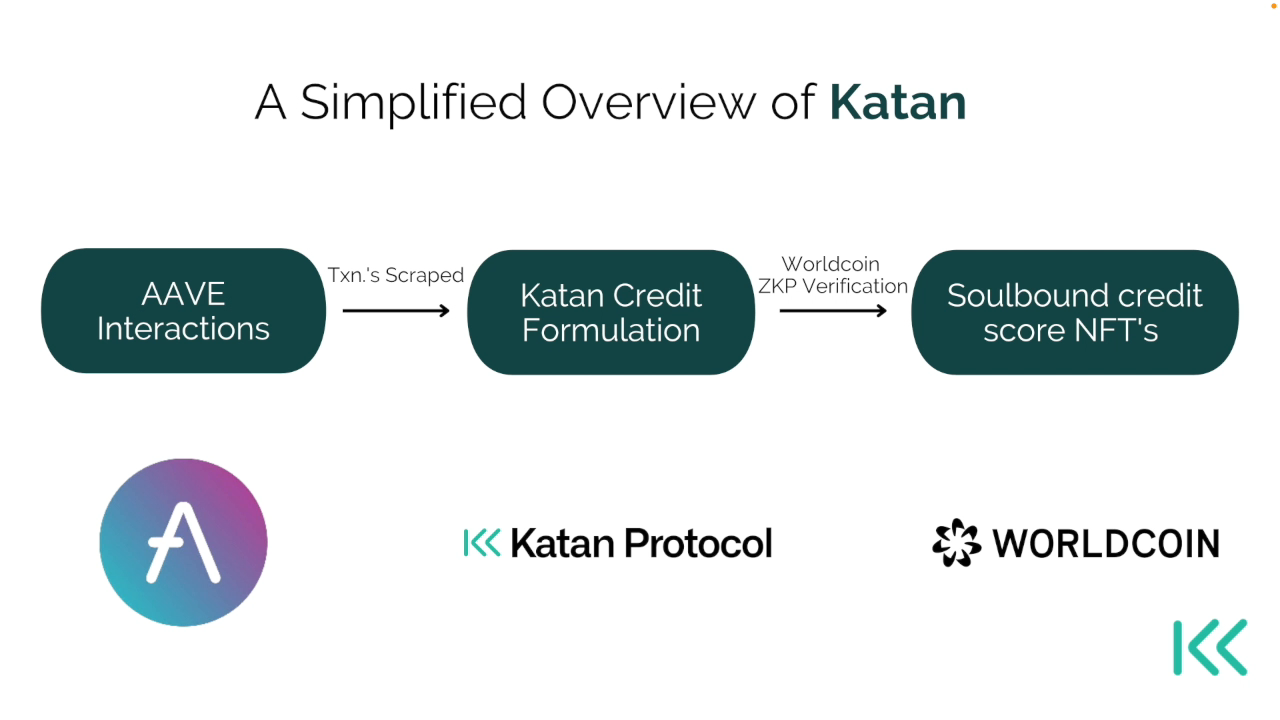 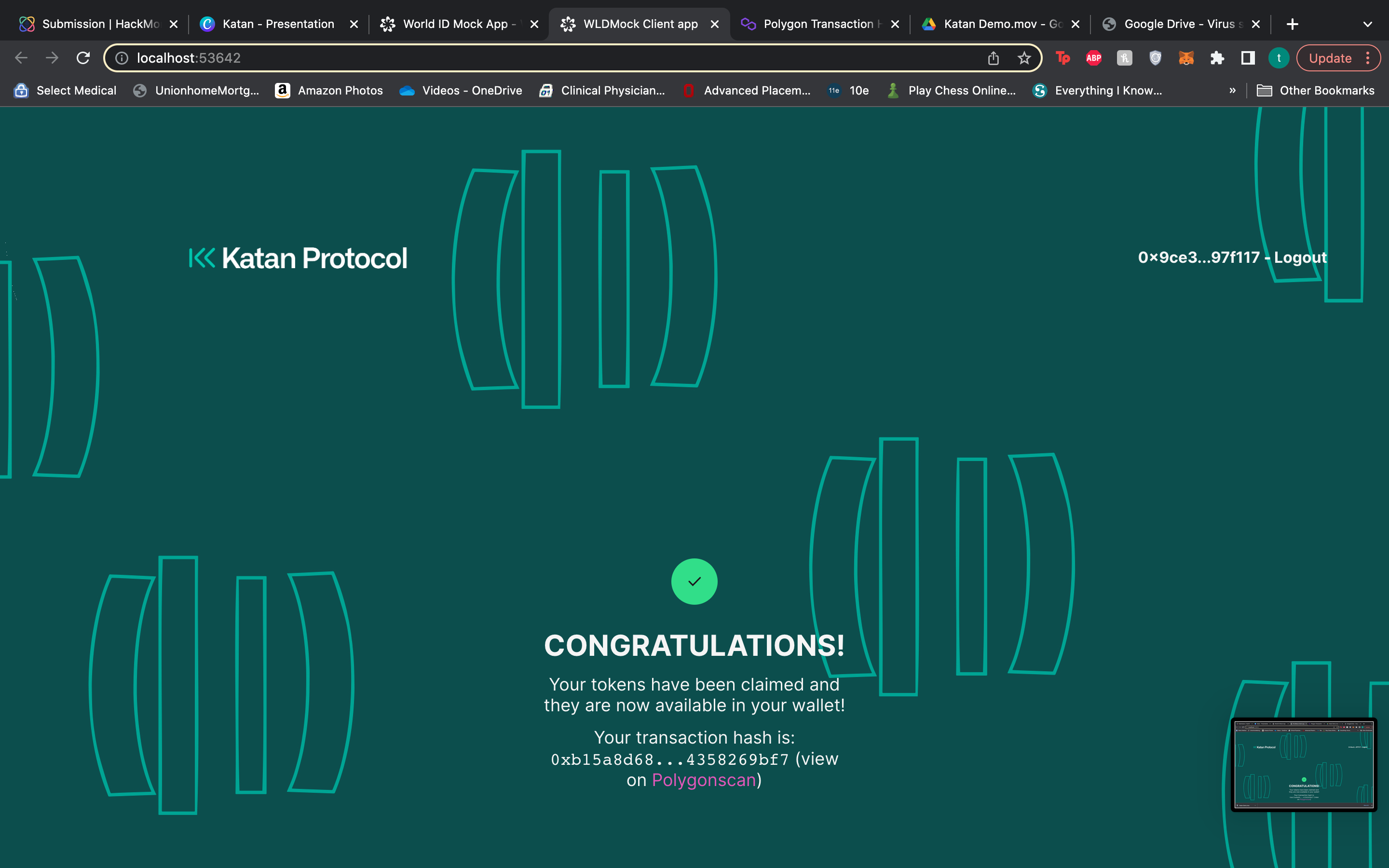 Sybil attacks and trustlessness due to lack of transparency in identity are a major problem to be solved. Katan Protocol looks to increase transparency, communications between protocols, and active user rewards. By scraping the AAVE interactions and using a Katan credit formulation, Katan uses Worldcoin's ZKP verification to create a soulbound credit score NFT. 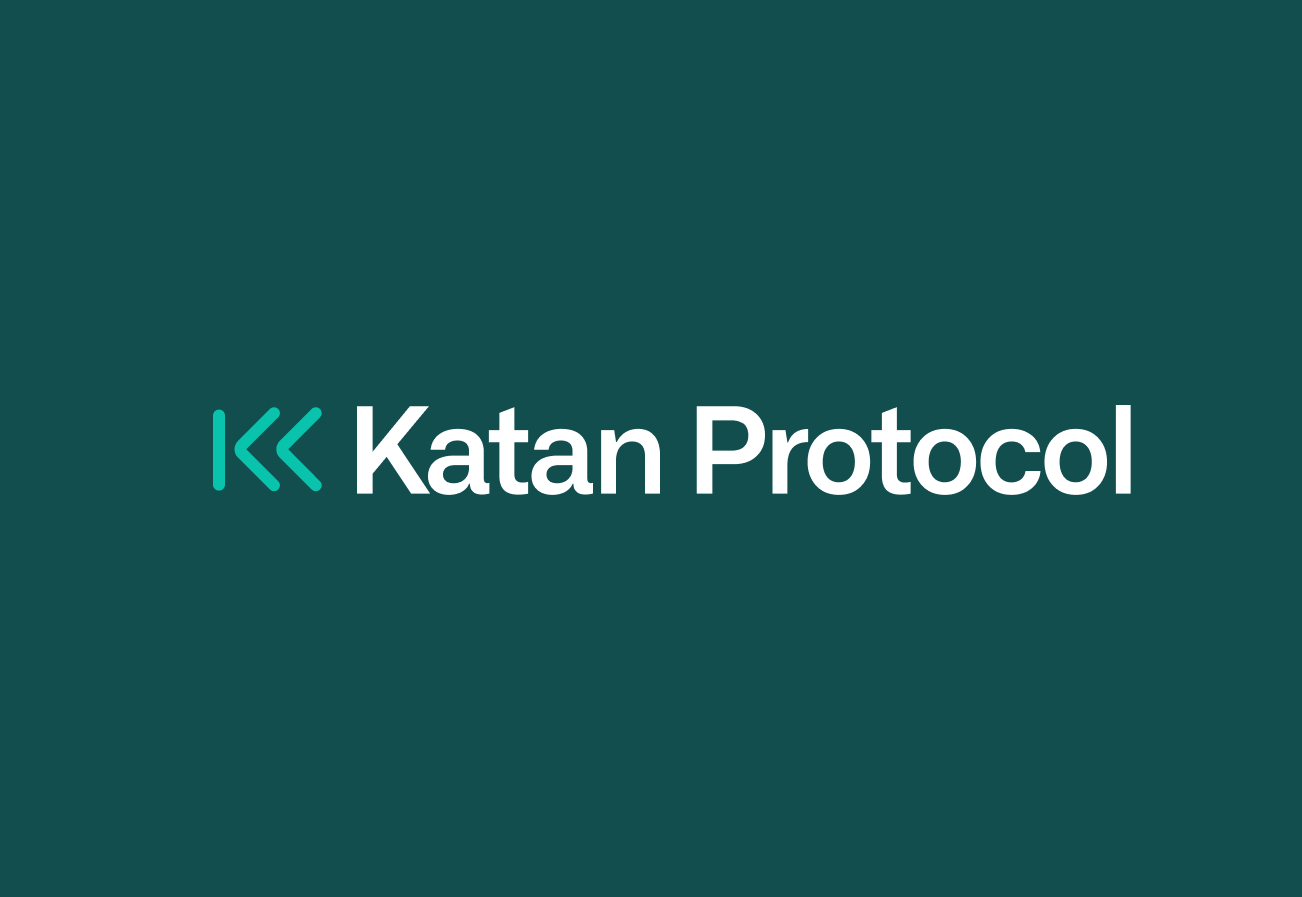 We used the alchemy transfers API and AAVE subgraph for the transaction scraping side of this project, in addition, we used React and tailwind CSS for the frontend, and of course Solidity for the backend contracts. We used Walletconnect and Worldcoin (WorldID) verification to create Katan.