WAG Finance is a dollar auction with staking rewards and a randomness feature. 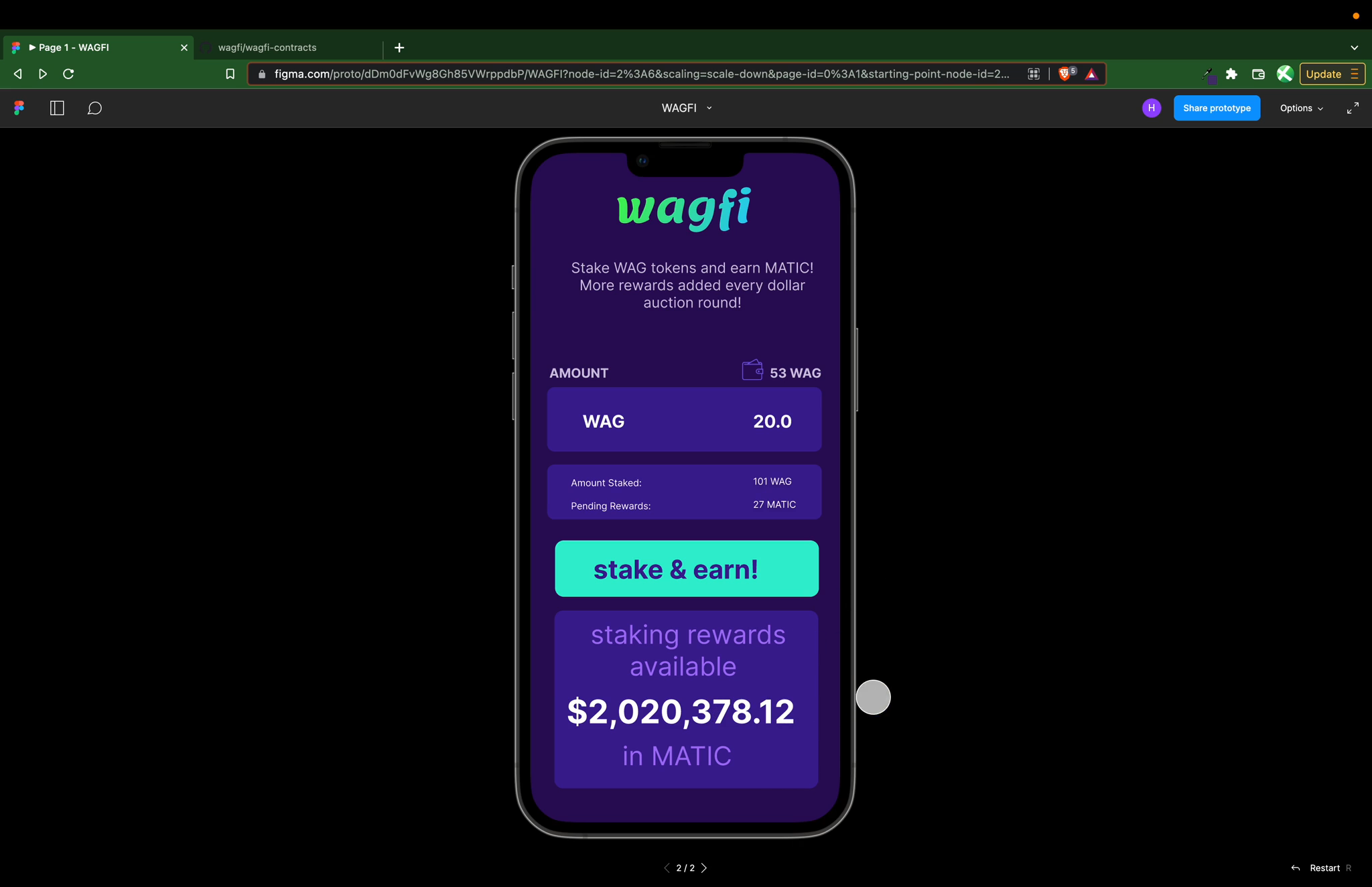 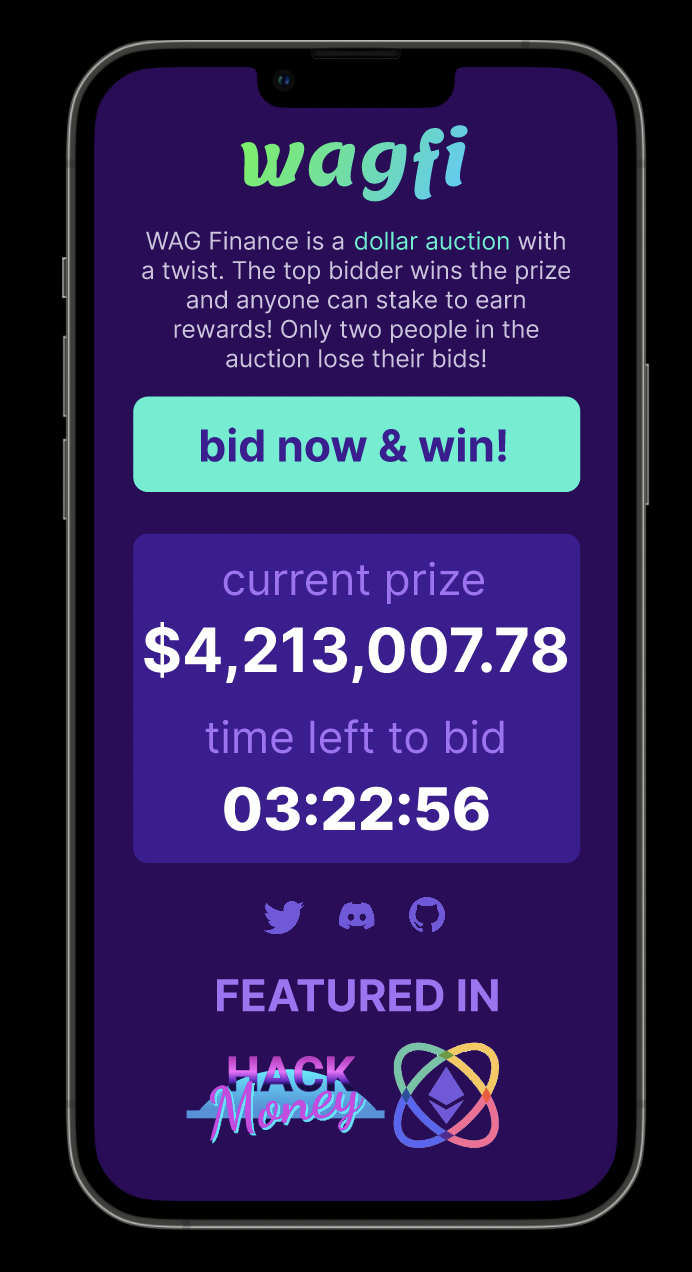 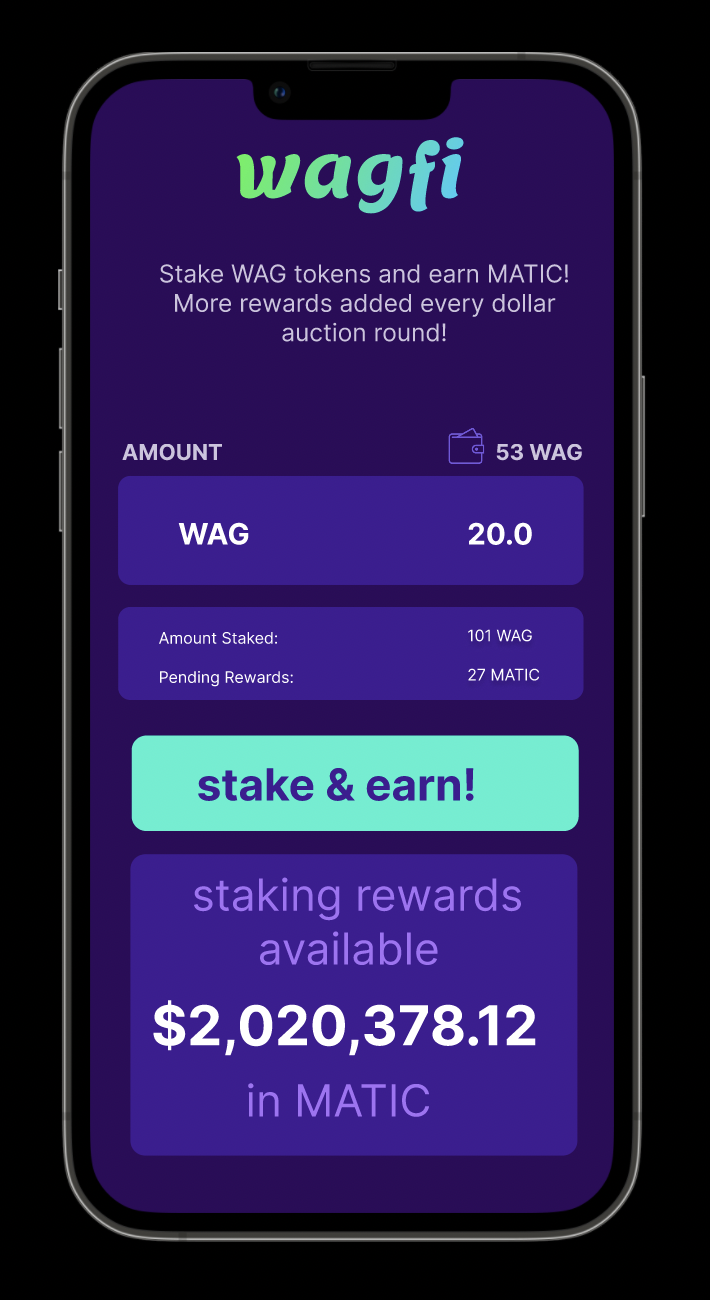 WAGFI is a dollar auction. There's an initial prize of money that participants can place bids to win. The next bid must be higher than the previous one. The highest bidder wins, but the second highest bidder always loses their bid as well. All bidders receive WAG tokens which can be used to stake. They are then able to receive staking rewards, which are generated from the losers' bids. A second random loser is also chosen. Their bid is also added to the staking rewards pool.

WAGFI is made up of several Solidity contracts. There's a token contract and staking contract for determining the rewards given to auction participants. Also, the logic of the auction is contained in another contract. This includes the interface for retrieving a random value from the Tellor oracle.