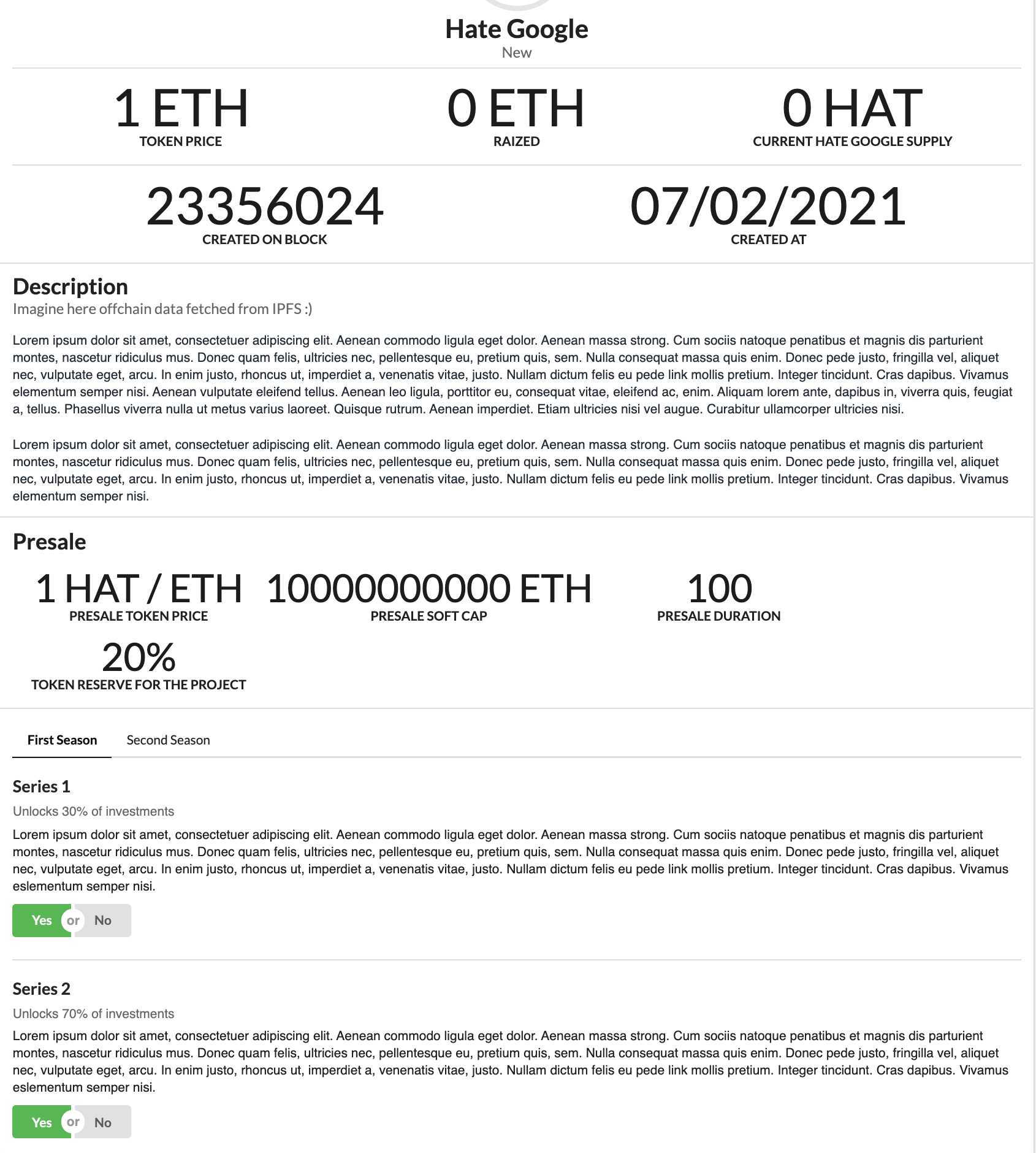 The project is a marketplace for investors to find startups, invest in them and actively participate in the projects's development with voting rights. In addition, the investment funds are secured, so the investors by voting can continue funding any project by releasing locked funds for the project or stop the funding round and exchange back the projects' tokens to ETH. Any startup is required to provide duration of the development phase (season). The investments are only raised for seasons. Next, we have series inside the season, which are provided by developers (like 3 series for 1 season) and the investments are divided into smaller batches for each of the series in proportions approved by the investors. Locked funds which are invested for future series are deposited to AAVE. It allows startups to increase raised money and provides investors with compensation mechanism. At the end of every series, investors vote for continuation/stoppage of the next series and releasing/reverting the funds. We support different voting schemes such as qualified absolute or relative majority and other. Using minime tokens standard allows to organise several simultaneous independent votes and so provide investors with powerful tool for project management. As in usual ICO token price for the first Season is defined by the startup itself. We developed a special procedure for fundraising for the next seasons which takes into account tokens' market value and is implemented as stocks issuing via 1Inch DEX with slippage protection. Such a scheme allows to protect both, investors and startups and create favourable atmosphere for making cool and innovative products

Our project is a set of ethereum smart contracts than can be accessed via JavaScript UI that is built on React and Semantic UI and uses Web3 API. The smart contracts are integrated with AAVE, 1Inch exchange and use own The Graph subgraph. The interesting feature is our attempt to deal with exchange rate slippage when using the Liquidity Provider to distribute tokens. One of the challenges for us was to write such contracts that do not exceed maximum size (24KB) but nevertheless implement all necessary logic. And we did it! We are hosting our hack in on.fleek.co. I consider that our project has great perspectives to replace outdated scam influenced ICO.