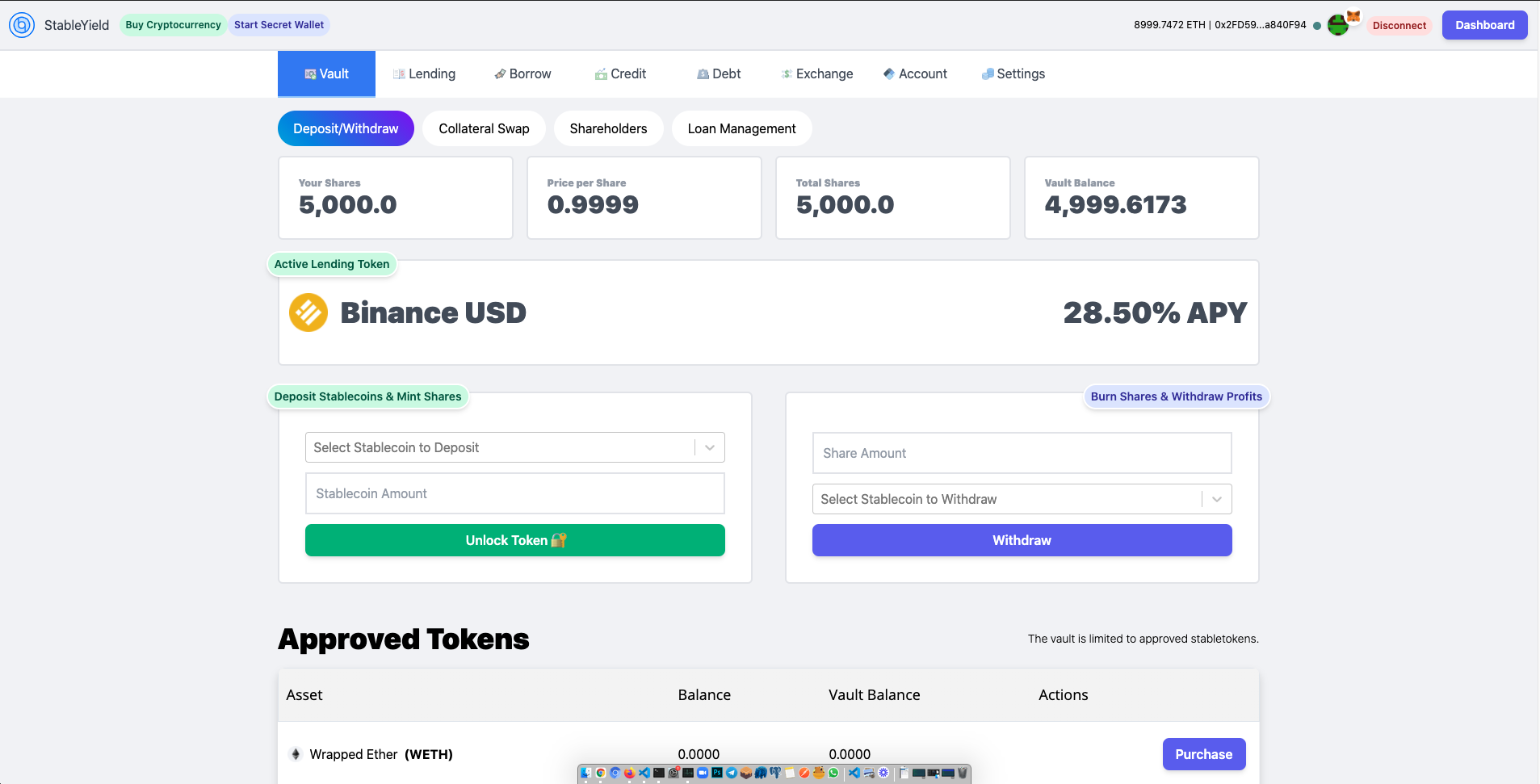 The StableYield applications simplifies lending/borrowing on Aave by integrating both Curve and MakerDAO in the user experience. The primary focus off the application to save gas for users and add in-demand stablecoins to the protocol. Combining elements from yEarn and Moloch the StableYieldVault automates finding the highest yield stablecoins and facilitating multi-user credit delegation using a vault (managed via shares proportional a user's contribution). The most important feature of the application is for multiple users to issue credit, using the Aave credit delegation feature. Multiple users can

The StableYield application is built using Solidity, React and TheGraph. Multiple smart contracts were developed to increase the functionality of the base protocols (Aave and Curve) and too simplify the user experience. The frontend is built using React and the popular Vercel/Next.js platform and library. Smart contract indexing is being managed using the TheGraph GraphQL systems.