Through this NFT project, we want to embody the idea of religious Taoism. Users can feel the passage of time and cast NFT to complete the practice. Taoist culture is a very ancient Chinese traditional culture.The Tao gives birth to one, one to two, two to three, and three to all things - Tao Te Ching. In the Taoist worldview, the universe is originally empty, and because of time, all things arise from nothing, from one to two, from two to three, and then to all things. Since there was originally nothing, but under the action of time, thousands of worlds were generated. Before the emergence of blockchain, the Internet was a void. The essence of blockchain is irreversibility. Through the game of human nature, a lot of energy and resources are consumed to determine the direction of time in Cyberspace, which is in line with the second law of thermodynamics. Since there is time, everything is possible. 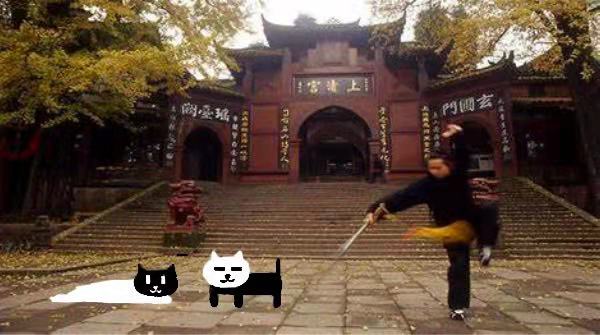 We want to build a glass ball game in cyberspace, that is, to write a Cellular Automaton through smart contracts that simulates artificial life with an Ether block time as the timeline. Meanwhile, when the artificial life dies out, an NFT will be cast as an eternal tombstone. In a sense, in the real world, okonomiyaki expire, canned pineapples expire, people go to death, even tombstones decay, only the universe is eternal, and in cyberspace, NFT is eternal. ## Cellular automata Cellular automata (CA) is a lattice dynamics model in which time, space, and state are discrete, and spatial interactions and temporal causality are localized, with the ability to simulate the spatio-temporal evolution process of complex systems. Game of Life (GOL), or its full name is John Conway's Game of Life. It is a kind of cellular automata invented by British mathematician John Conway in 1970s. ! [https://s3-us-west-2.amazonaws.com/secure.notion-static.com/2897bab6-77bb-46fe-b470-3ae16034f7b8/Gospers_glider_gun.gif](https:// s3-us-west-2.amazonaws.com/secure.notion-static.com/2897bab6-77bb-46fe-b470-3ae16034f7b8/Gospers_glider_gun.gif) Given a panel containing m × n grids, each grid can be thought of as a cell. Each cell has an initial state: 1 is a live cell, or 0 is a dead cell. Each cell and its eight adjacent positions (horizontal, vertical, diagonal) follow the following four laws of survival. 1. if the number of live cells in the eight positions around a live cell is less than two, the live cell at that position is dead. 2. if there are two or three viable cells in eight positions around the living cell, the living cell at that position is still alive 3. if there are more than three living cells in eight positions around the living cell, the living cell at that position is dead 4. if the dead cell is surrounded by exactly three living cells, the dead cell at that location is revived. The next block time is formed by applying the above rules to each cell in the current state simultaneously, where the birth and death of the cell occur simultaneously.