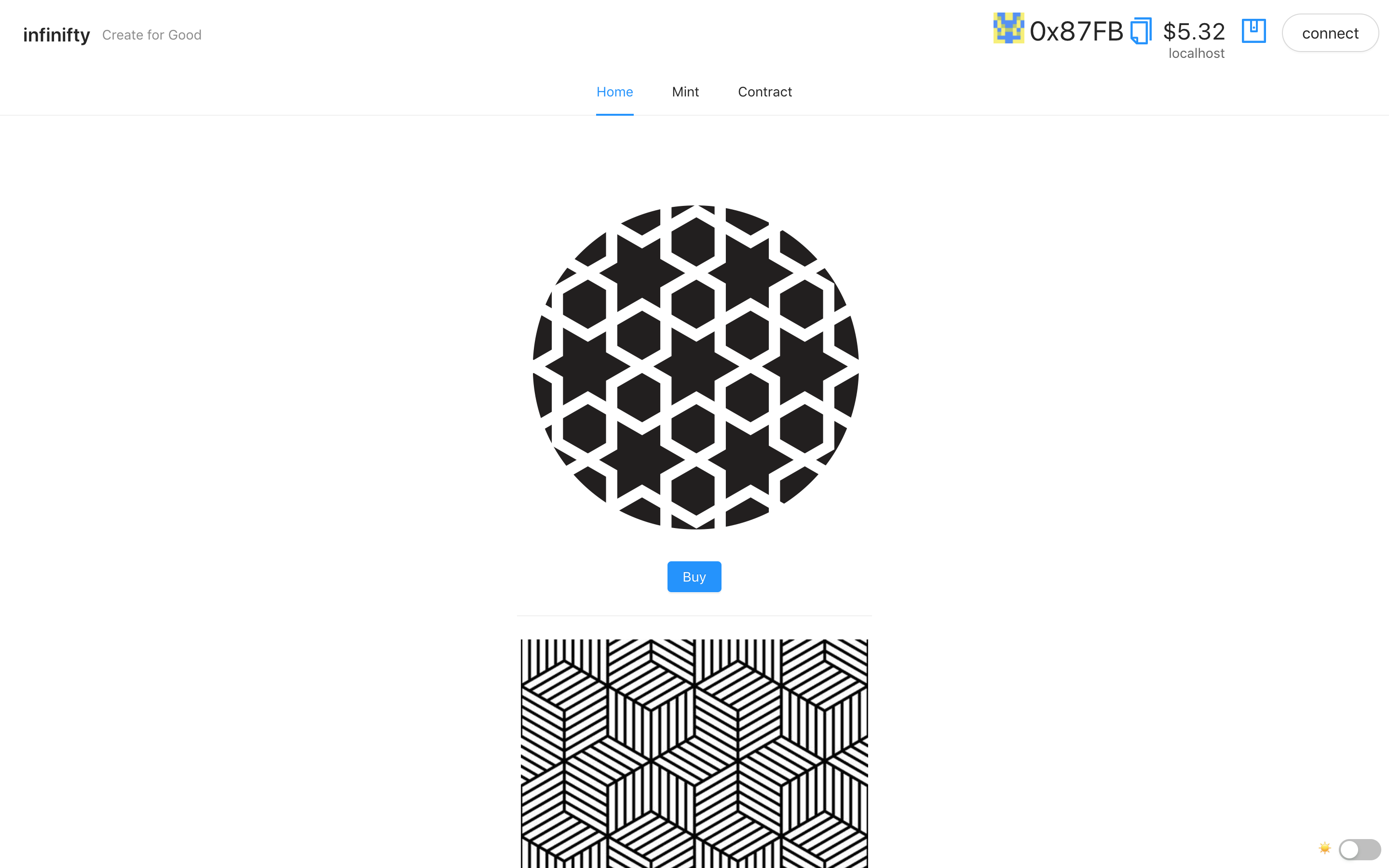 For the first time in history, technology has allowed for this concept of true ownership around digital items. We already had ways to financialize physical assets, but now this can also be done with digital assets. In Islamic finance, there is this concept of 'waqf', a sort of charitable endowment, where the ownership rights of some asset (like land or a building) is benevolently given away for charitable purposes, often under the custodian of a trust. Infinifty combines the ownership and monetization possibilities of digital assets enabled by NFTs with social impact. A creator would be able to mint special edition creations with Infinifty and decide to have the subsequent royalties of the NFT be routed to a charitable beneficiary for perpetuity. Infinifty is about employing art and digital technology for social impact. 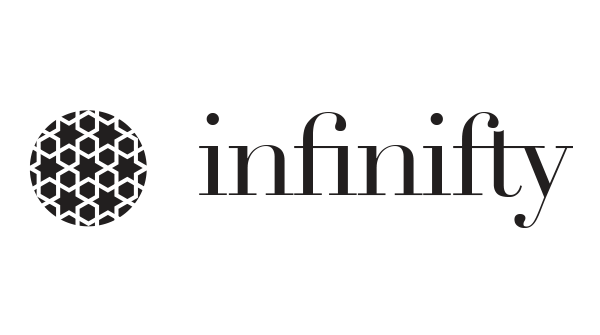 The prototype itself was built on top of scaffold-eth with the idea to extend the ERC721 standard (disclaimer: the implementation is not complete). As I discovered more about the developments in the NFT space throughout this hackathon, I learnt that the idea I had behind the custom contract behavior is like a combination of Zora protocol's 'market-in-a-token' and Rarible protocol's royalties schema. The main idea is that royalty rules for each token are stored and referred to whenever there are any secondary sales of the NFT. Being a rusty web2 developer it was quite a challenge for me wrapping my head around the architecture of web3/Ethereum/Solidity, and to be completely honest I'm probably still in the process 🤣 Just to share, while scaffold-eth is a brilliant project, it (alone) wasn't able to help obtain this understanding. While I discovered the Zora Protocol to be something potentially useable, I was unable to find any resources on incorporating it with the existing stack. Something else I found personally useful was an article that walked through building something like CryptoKitties from the ground up (including using tools like Ganache). Towards the end I almost abandoned the scaffold-eth based project altogether but with only 9 hours remaining I decided to just stitch up a semi-decent experience with what I had. Hopefully it gets the main idea across.