TuaTara TV is a live stream airing on DARK-labs's youtube channel composed of aggregated data from the blockchain and smart contracts. Our mission is to build data-agnostic analytics for humans.

TuaTara TV is a live stream broadcast live on youtube composed of aggregated data straight from the blockchain and smart contracts. We aim to build blockchain agnostic analytics for human data synergy. Market's have an accessibility issue, and TuaTara is an aim to build approachable tools for people to make sense of the growing number of markets. TuaTara is still young, born at the previous Eth Global event MarketMake. This proof of concept was focused on understanding the DEFI market and, in particular, graphing the movement of AAVE's lending protocols and presenting rates. Crypto media and the Internet Renissance is not exclusivly a financial phenomonia and the breadth of information in this work speaks about the world. As the ERC 721 and its successors memorialize moments of time into this metaverse stream. The artist's job to interpret the world is now more significant than ever and in an ever hyperoptizmizing playing field with ebbs and flows we aim to build tools for the artist to understand and interpret the the state of art. 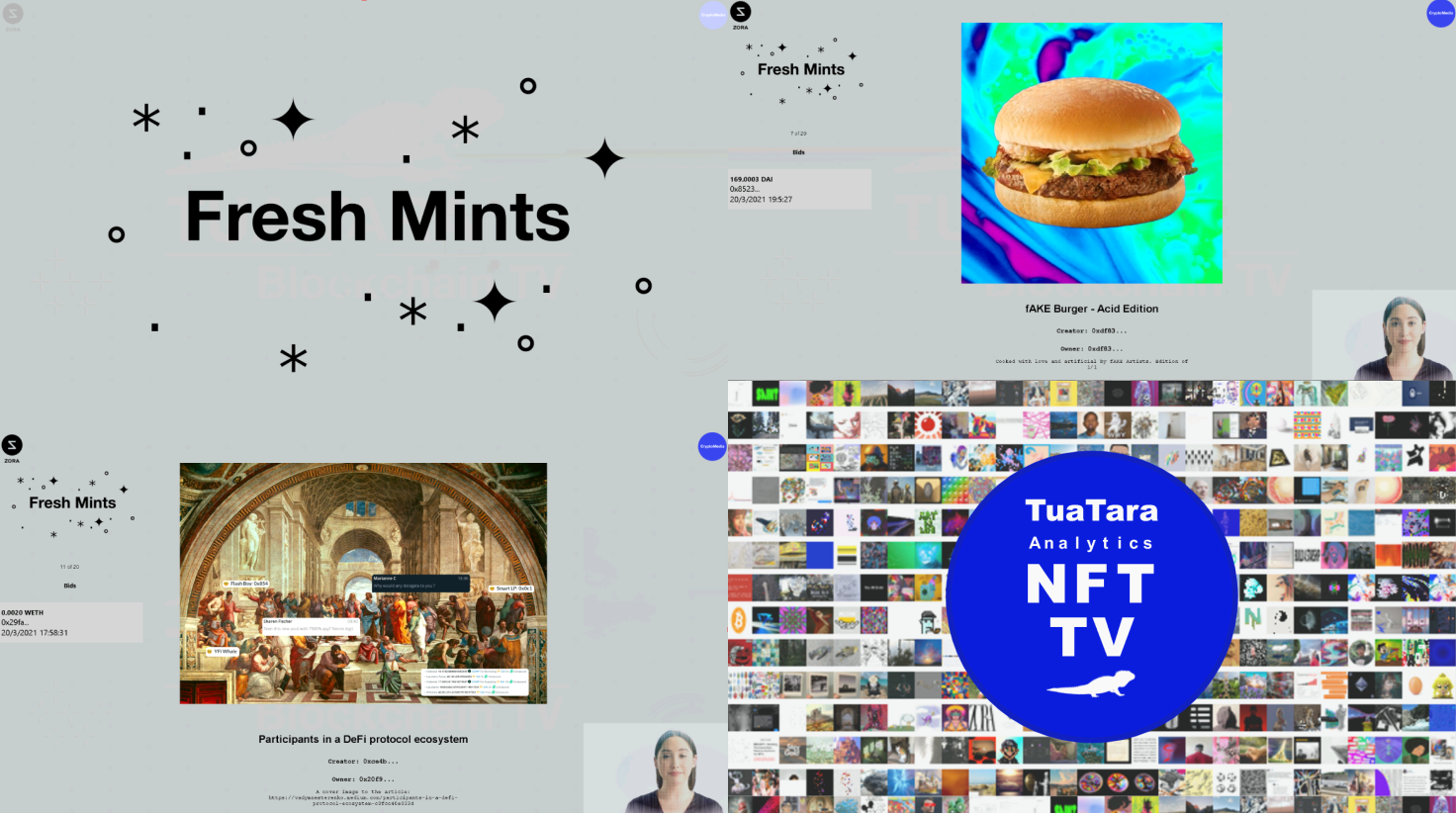 Having already built the SubGraph scraper this hack felt like more of a steping stone on a larger project. The system is a series of react programs orchestrated by a mostly Node backend. During the hack I implemented a system for pre loading and analyzing blockchain media and introducing Anna who we met in the Zora's intro blurb. This preloader allows for a comentary on the piece rather than the transaction on surface level.