Generate a visual representation of blockchain activity for an Ethereum address 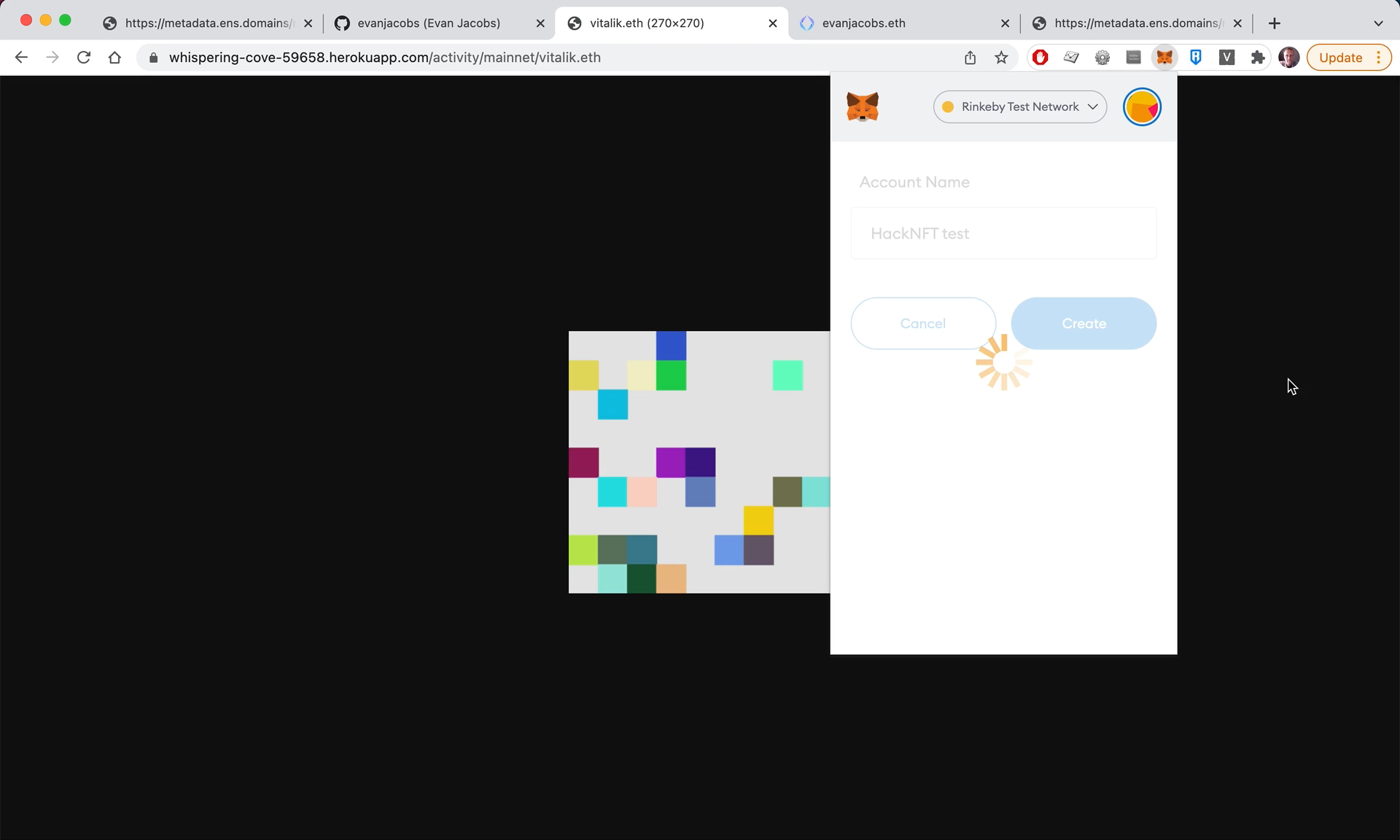 The Blockchain Activity Avatar creates an image that is a visual representation of the activity of a blockchain address. The more activity that happens at that address, the more visually exciting the image will be. This image can be used as an avatar (e.g. for an ENS NFT). In the future, certain blockchain activities can be represented as attributes that directly influence the image itself.

The image generation currently happens via a small Ruby program running on a web2 server. When it's called, the Ruby program fetches recent blockchain activity for a specified address from Etherscan, parses it into buckets representing days, and then generates an image which represents that activity. In the future, it may be possible to move the activity fetching on-chain so that no external servers are necessary.