The Freeway DAO is a community owned ride sharing platform. There are riders and drivers. There will be two different NFTs available to mint: Driver NFTs, and Rider NFTs. Governance token. Payment is done by streaming the driver's fare rate the the duration of the ride. 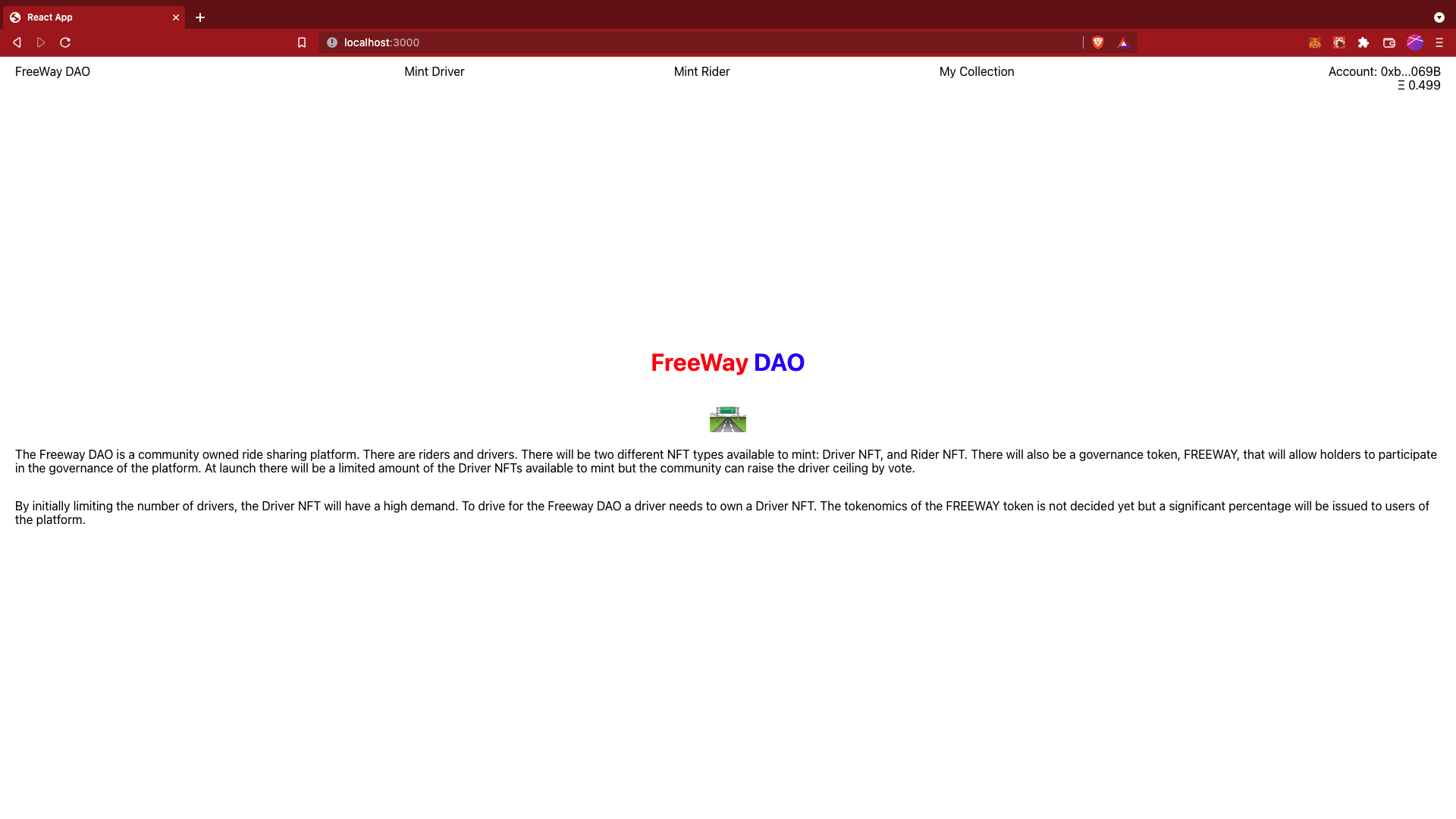 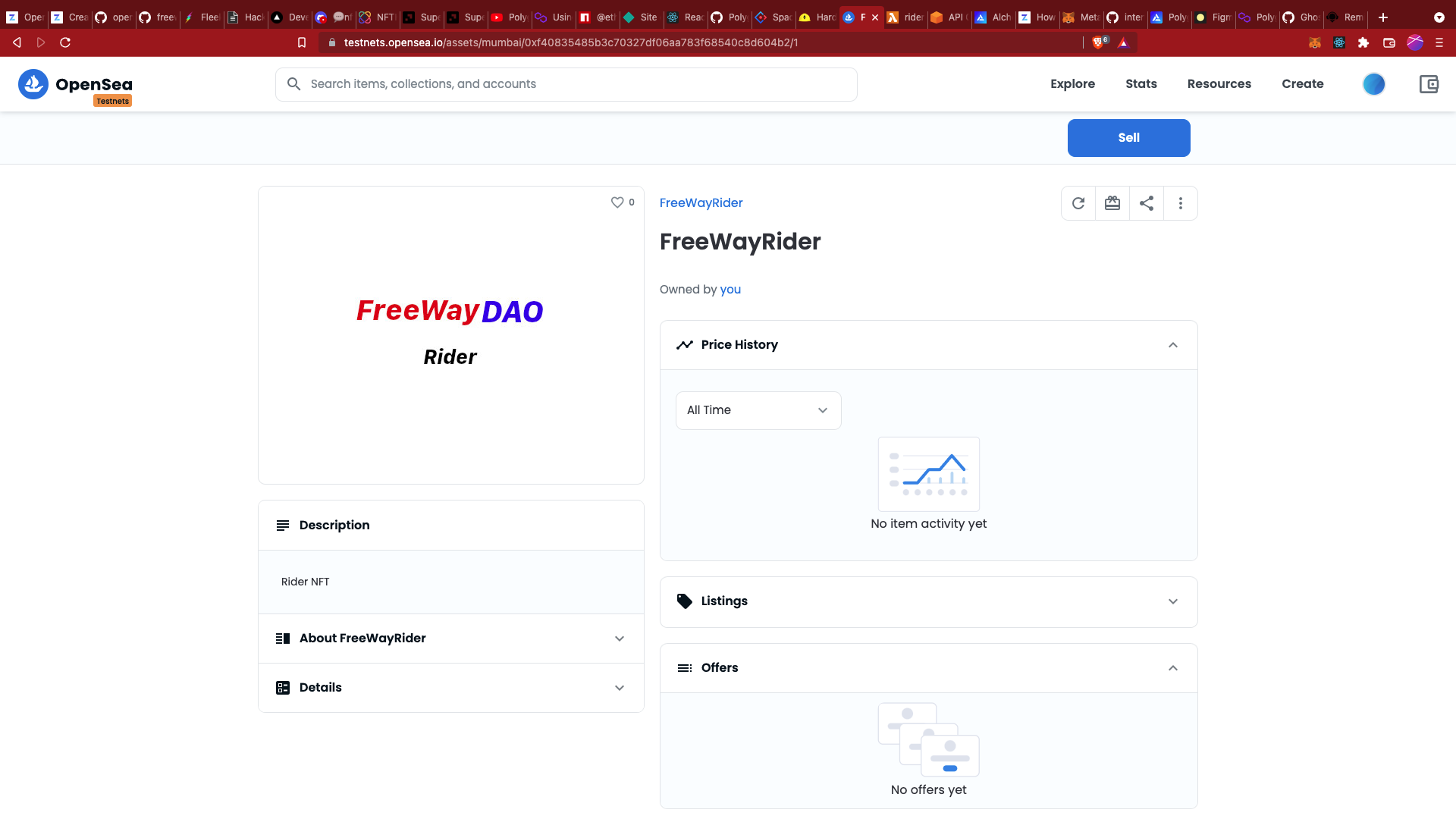 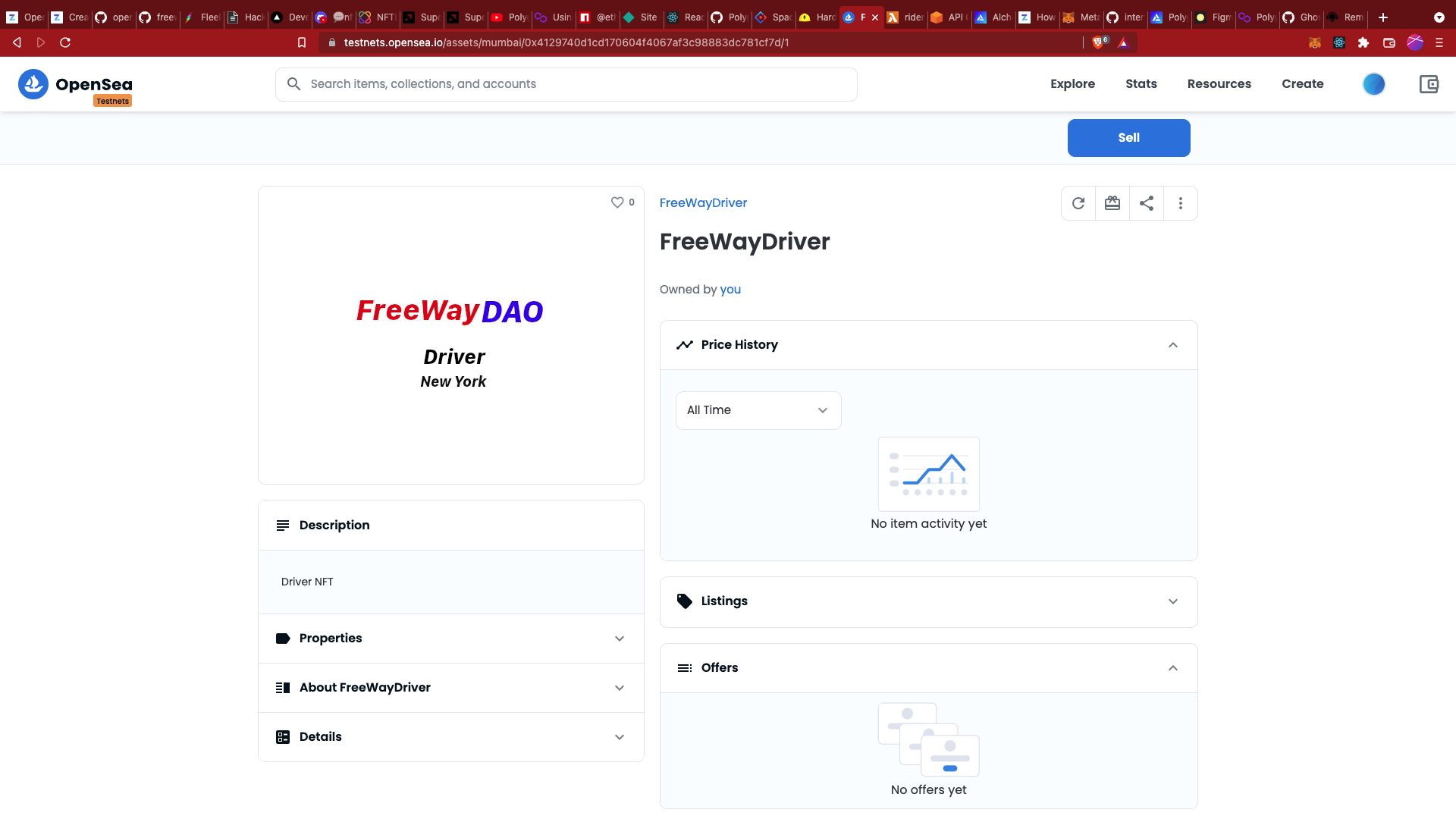 The Freeway DAO is a community owned ride sharing platform. There are riders and drivers. There will be two different NFT types available to mint: Driver NFT, and Rider NFT. Payment for a ride is done by streaming the driver's fare rate the the duration of the ride. There will also be a governance token, FREEWAY, that will allow holders to participate in the governance of the platform. At launch there will be a limited amount of the Driver NFTs available to mint but the community can raise the driver ceiling by vote. By initially limiting the number of drivers, the Driver NFT will have a high demand. To drive for the Freeway DAO a driver needs to own a Driver NFT. The tokenomics of the FREEWAY token is not decided yet but a significant percentage will be issued to users of the platform. The traits of the Driver NFT are the following: - Location 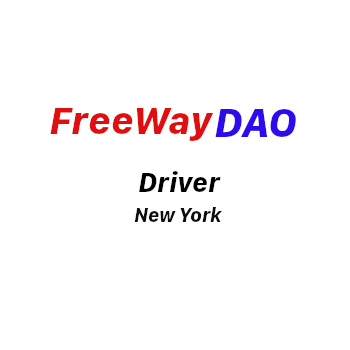 Front-End-> React, typescript, web3-react | Contracts -> hardhat, remix | MetaData -> Fleek, AWS | | | | As Freeway is build out I think the best direction to go is a mobile app. Streaming payments with Superfluid and a fast websocket enabled backend like firebase. The tokenomics and also staking mechanism still need to be developed. The goal of the DAO should be to actually be competitive with other ride sharing platforms and have incentives better aligned for drivers and riders.