A robot themed NFT project that comes with its very own trading bot in each NFT. The cheapest and most universal trading bot you can find. 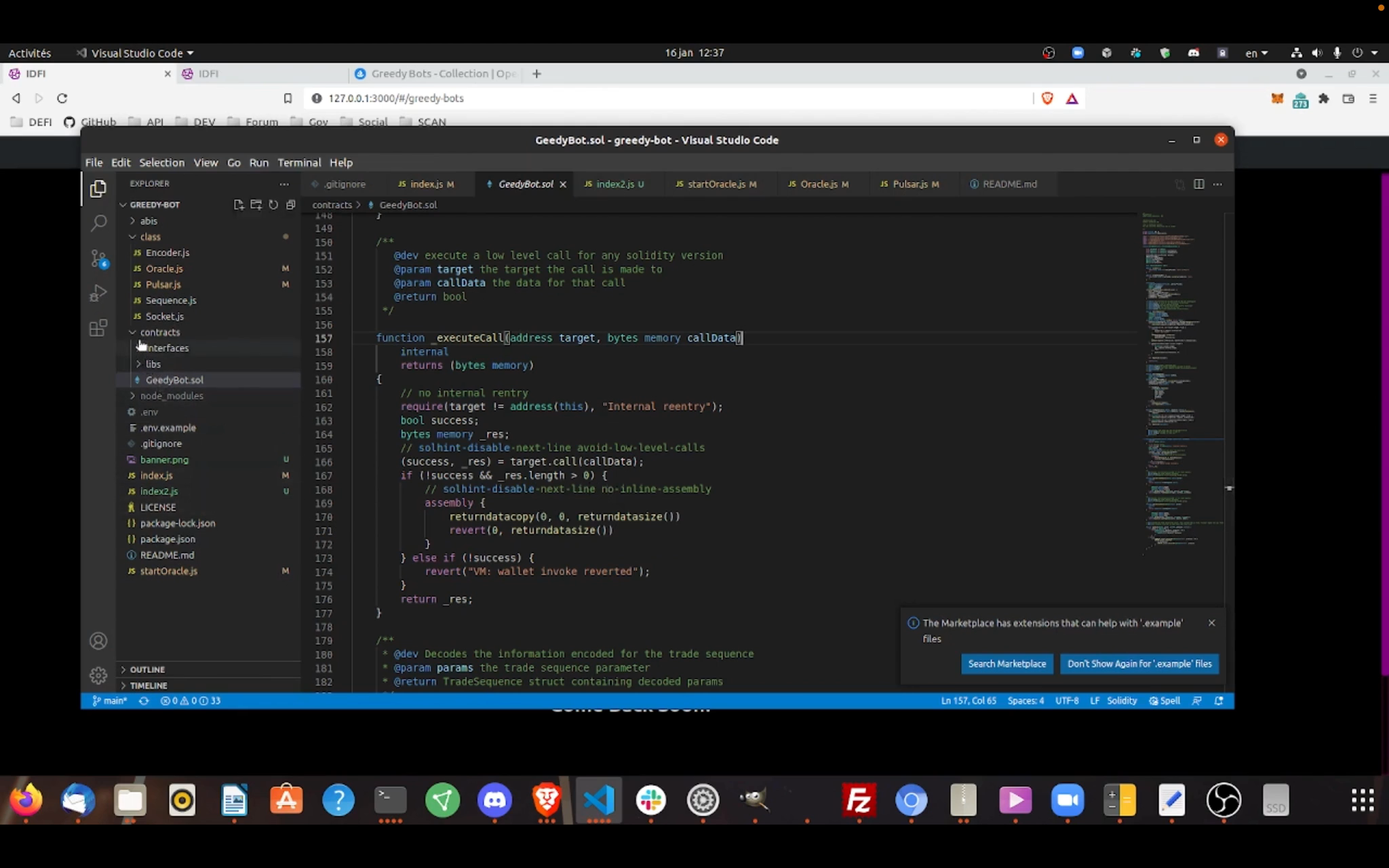 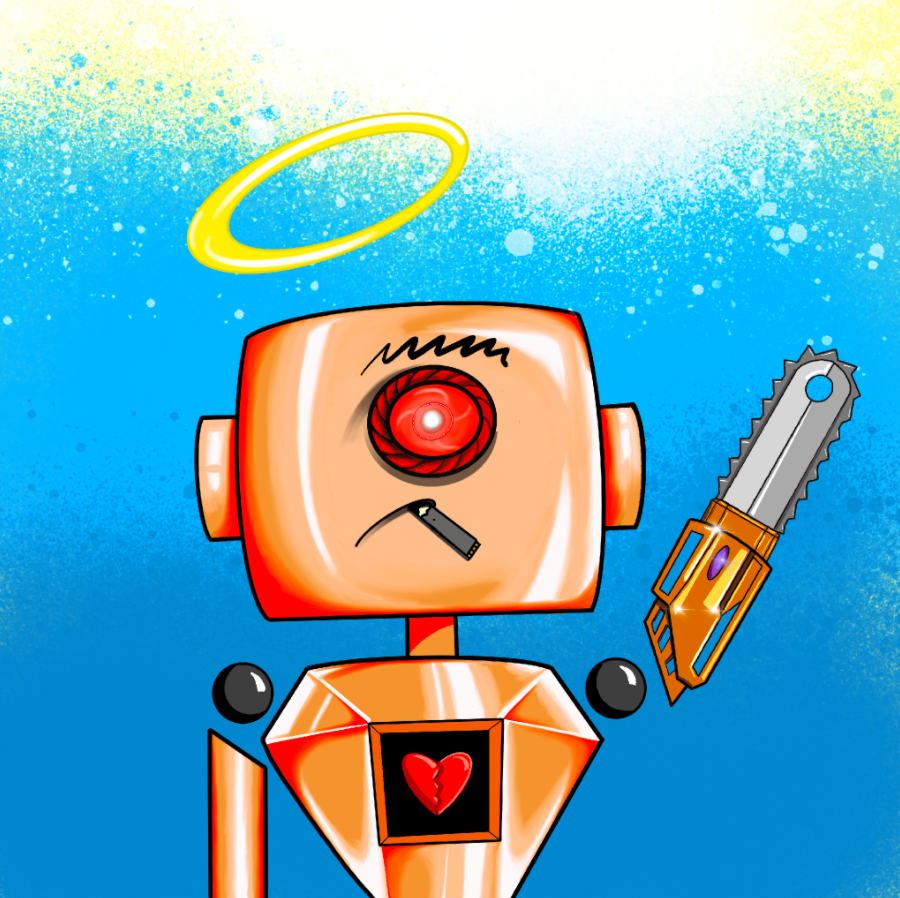 The Greedy Bot's are a NFT collection like no other. Owning one of the Greedy Bots will unlock you the access to a community developed trading bot like not others. The trading bot was built using ethers, Openzeppelin, solidity, nodeJs, Moralis websocket RPC, and can be deployed on any EVM chains. The bot comes with a multi-call contract that is extend it's usage to batch transaction, Aave Flashloan and already come packed with UniswapV2 Interfaces. We choose UniswapV2 because it's is one of the most forked project on side chains. The bot is also a great educative experience that will let you learn how to work with Ethereum and compatible side chains at low cost since the multi-call contract deployed will never get old. By building and encoding the call in the front end it allow everyone using the same bot to apply different strategy even if they all use the same bot. The trading bot was built with NodeJS and Ethers and the ercLib. There are 2 trading mode. with optional flashloan. - arbitrage - buy low sell high. The Nft will give access to the Bot and future add-ons., The NFT will be in pre-sale for 48hrs to all the whitelisted participant at 25% reduction. You will only be allowed to one NFT during the pre-sale and a maximum of 10 per account. 100 NFT will be reserved by the team to promote the project, airdrop, and for various prize, and 50 of them 25/25 will place on auction on OpenSea and Rarible. The NFT will be revealed 48 hours after the end of the pre-sale. But the user will have access to the bot as soon as the have the nft. The NFT contract is keeping track of each version of the bot that is released.

The NFT contract is an ERC721 standard from the Open Zeppelin library. The trading contract is a multi-call that simply loops trough each call previously encoded in the front end. The front end use node JS and is currently running in CLI. The bot is made from multiple class (OOP) allowing the user to start multiple instance of the bot each doing a a specific task. The classes emit event to trigger the encoding of the call. Once encoded all the data is sent at once. Allowing the user to make batch transaction or custom trading strategy all from the same contract. In order to retrieve the bot, the user must fetch the data from IPFS. All the data is hosted on IPFS. The ERClib was reused and update for this project. All the rest was hacked. Thank you!