The Encrabment is an auto-generated work of art composed of layers of text, graphics and music that will combine to form a unique story. 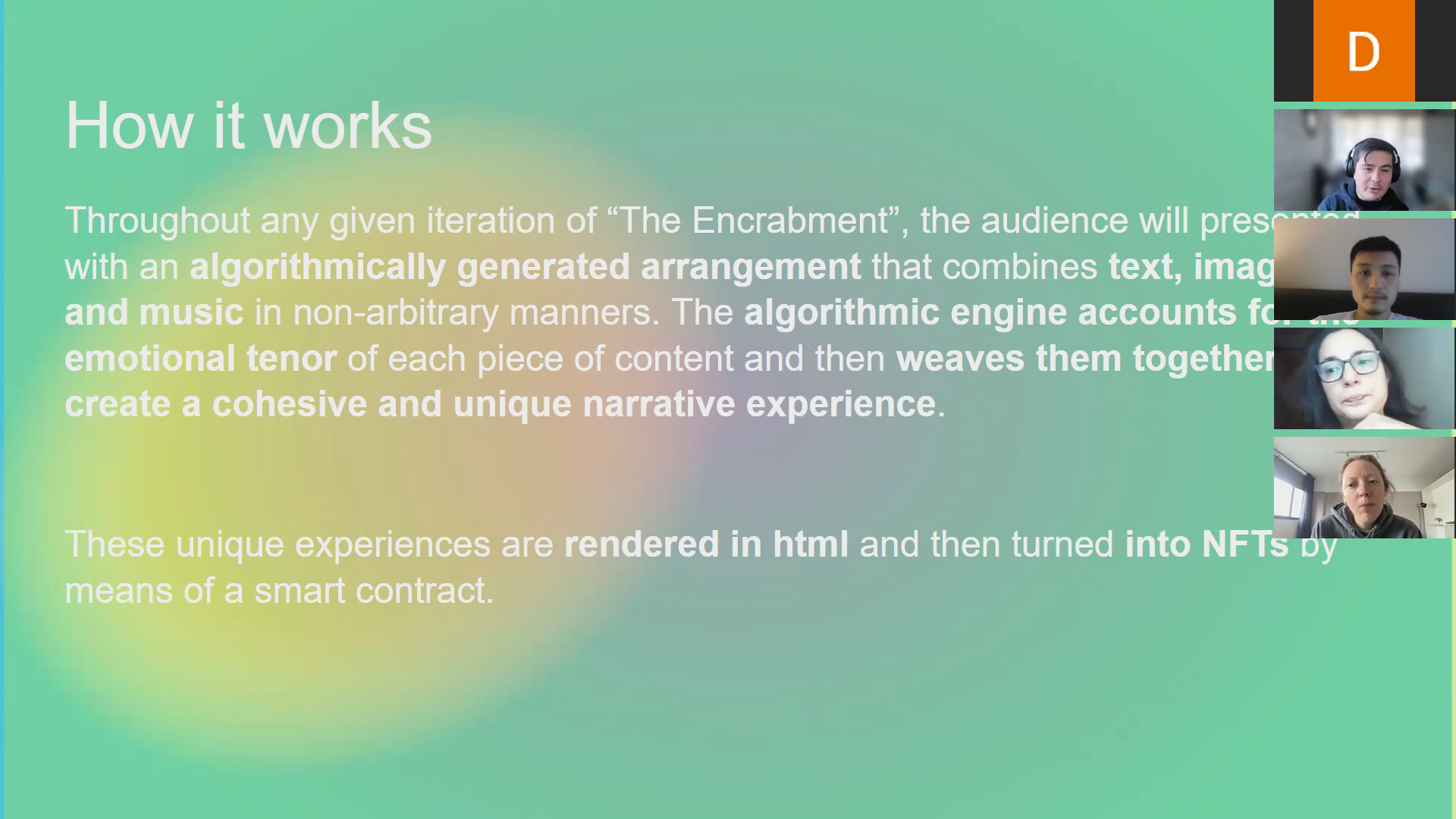 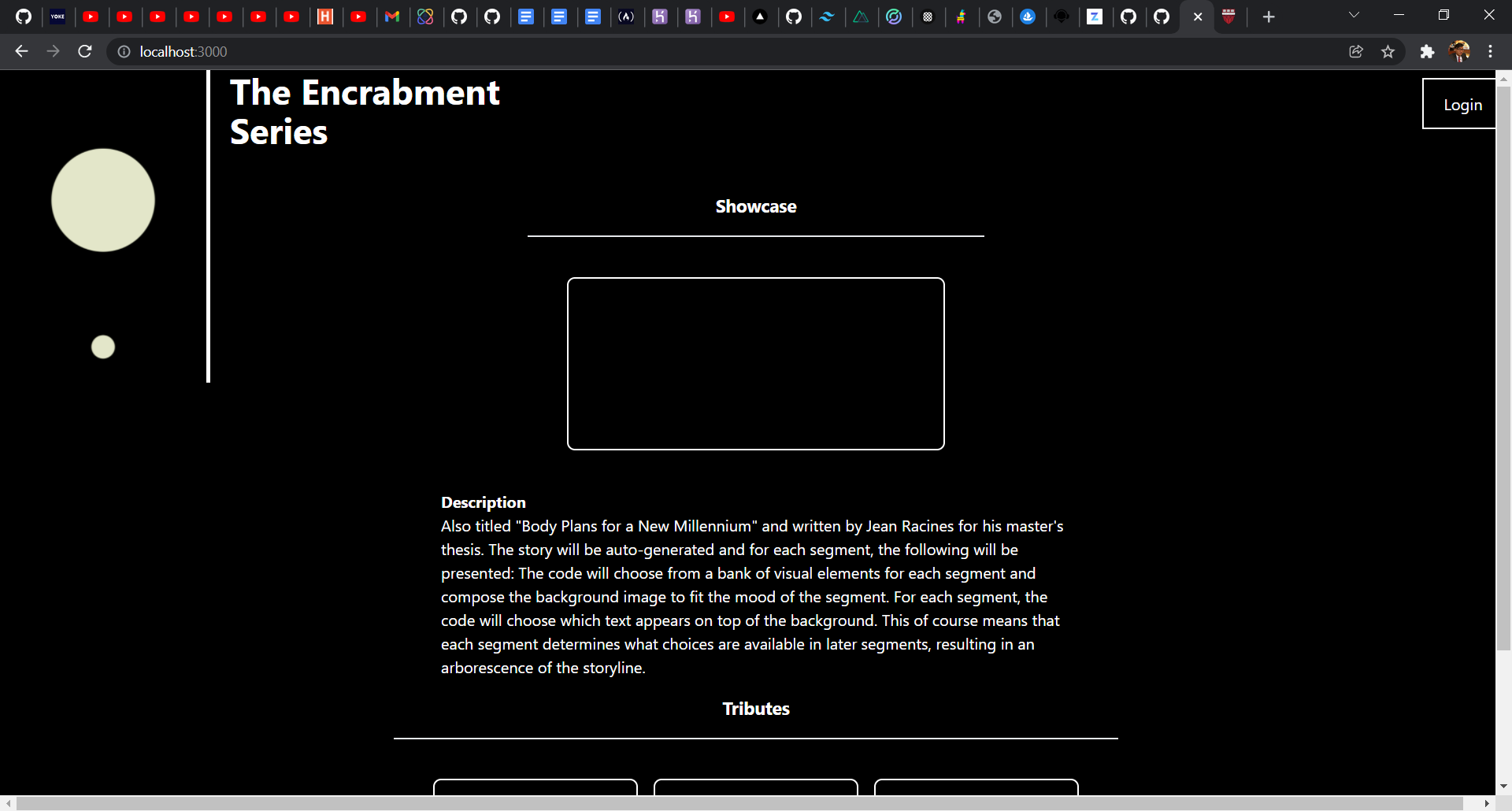 “The Encrabment” is a multimedia literary artifact that explores an alternate timeline in which humans suddenly found themselves transformed into gigantic crabs. The story deals with relationality, distributed cognition, affect, and the specificity of embodied experience. Throughout any given iteration of “The Encrabment”, the audience will be presented with an algorithmically generated arrangement that combines text, images, and music in non-arbitrary manners. The algorithmic engine accounts for the emotional tenor of each piece of content and then weaves them together to create a cohesive and unique narrative experience. These unique experiences are rendered in html and then turned into NFTs by means of a smart contract. “The Encrabment” was put together by: Ania Shestakova (Visuals), Dave Anderson (Music), Cristina Mahneke (JS and HTML Rendering), Calvin Sze (Solidity and Front-End), and Jean Racines (Story). Every component, asset, and line of code used in this project was created during NFTHack2022 save for the text, which was written beforehand by Jean Racines. 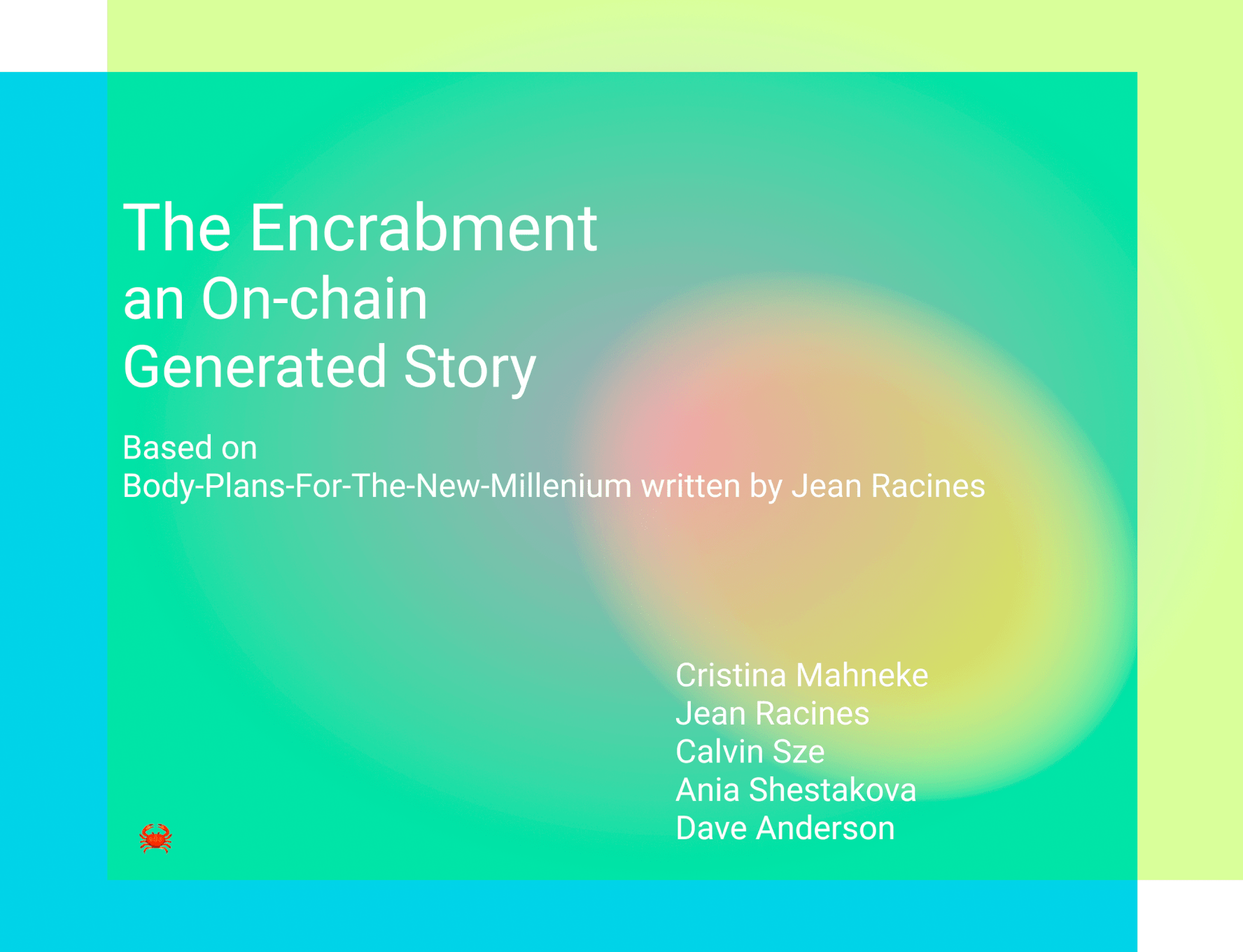 We will need to store pngs and mp3, alongside the JS code that chooses which audio-visual elements get presented at the time of mint. These will be rendered in HTML, but we would also like to generate a video. The latter will need to be stored (ipfs) as well as the variables' values as metadata. These elements are encapsulated in a JSON file that contains two IPFS urls one for the HTML render script and another for the image/video. The CID of the metadata JSON file to solidity smart contract.