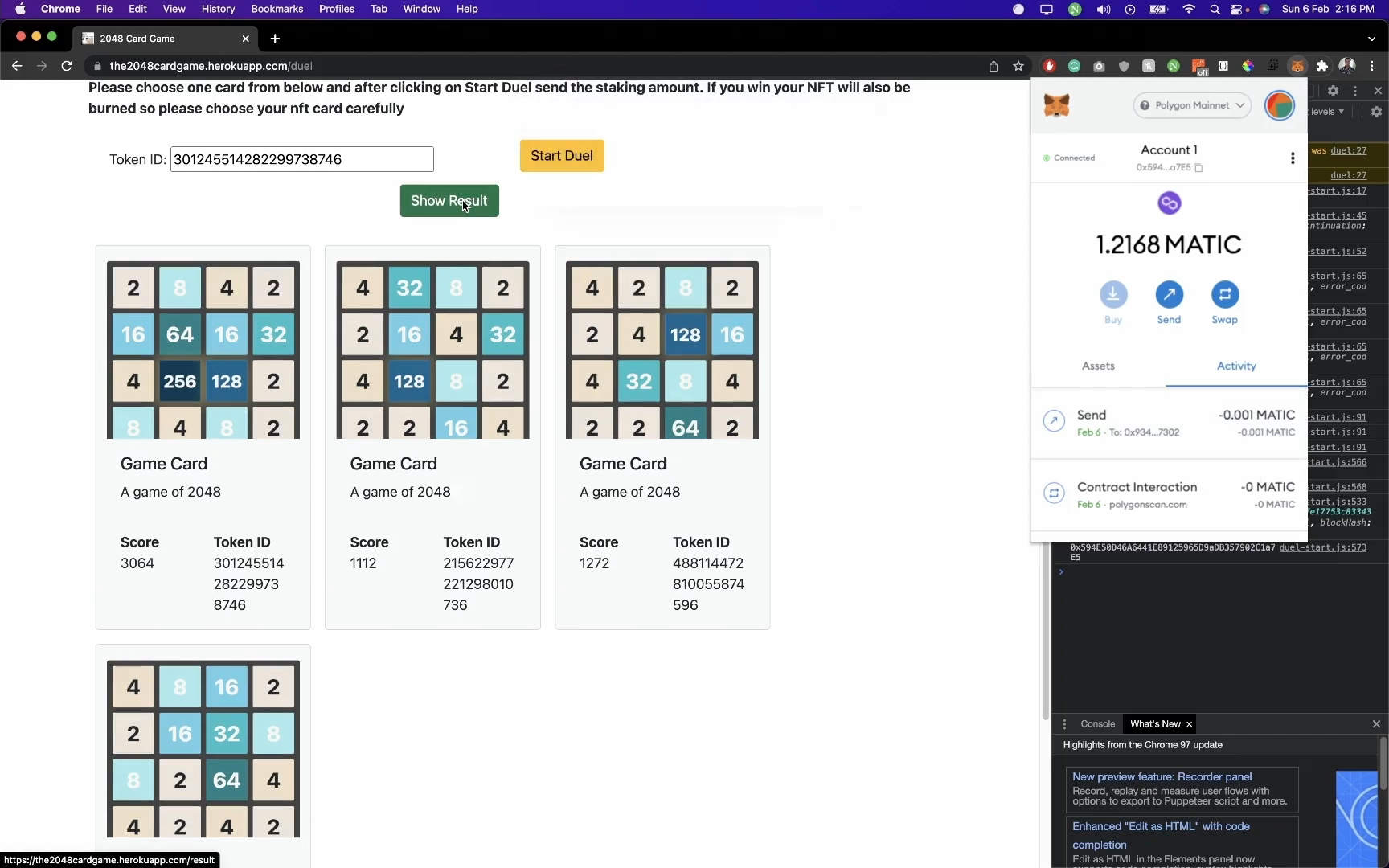 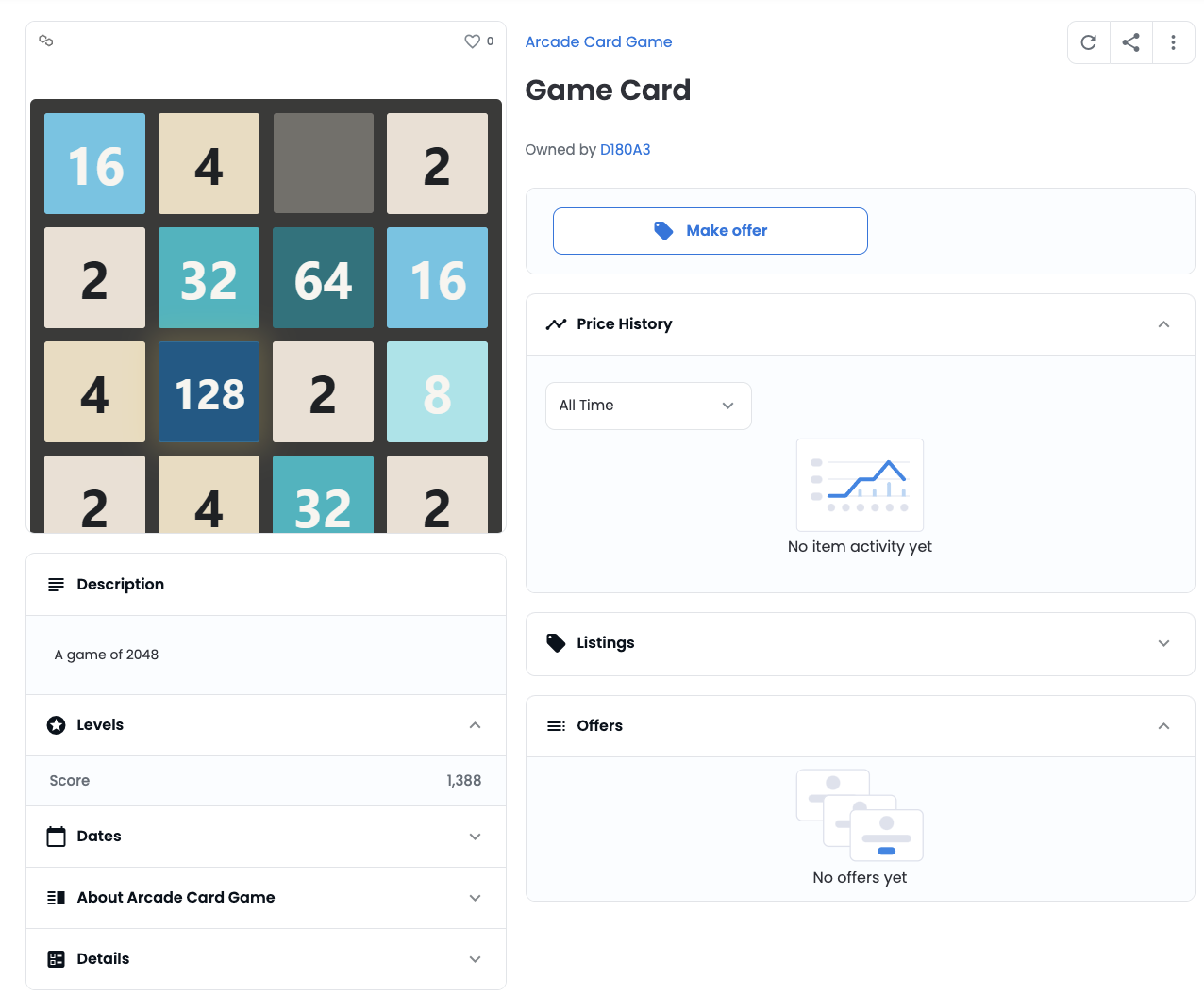 This project uses a simple game, which is 2048, adds tiles of the same number to get the tile of 2048. We are trying to implement this on blockchain adding the numbers and increasing your score which in turn increases your chances in a duel. When the tiles cannot be moved any further the score is reached for a user and the game is over, then he/she can create an NFT Scorecard using the same score. Those cards can be further used in a duel which will be done on the blockchain. An opponent can use his/her card to play the duel and once accepted a challenge both the participants have to stake some amount in the pool. We will destroy the NFT cards which will be used and using them we will decide who will win the duel challenge, and the winner will get the rewards. In the video demo, we have given back 0.001 MATIC just for the development purpose as this is currently on the polygon mainnet. 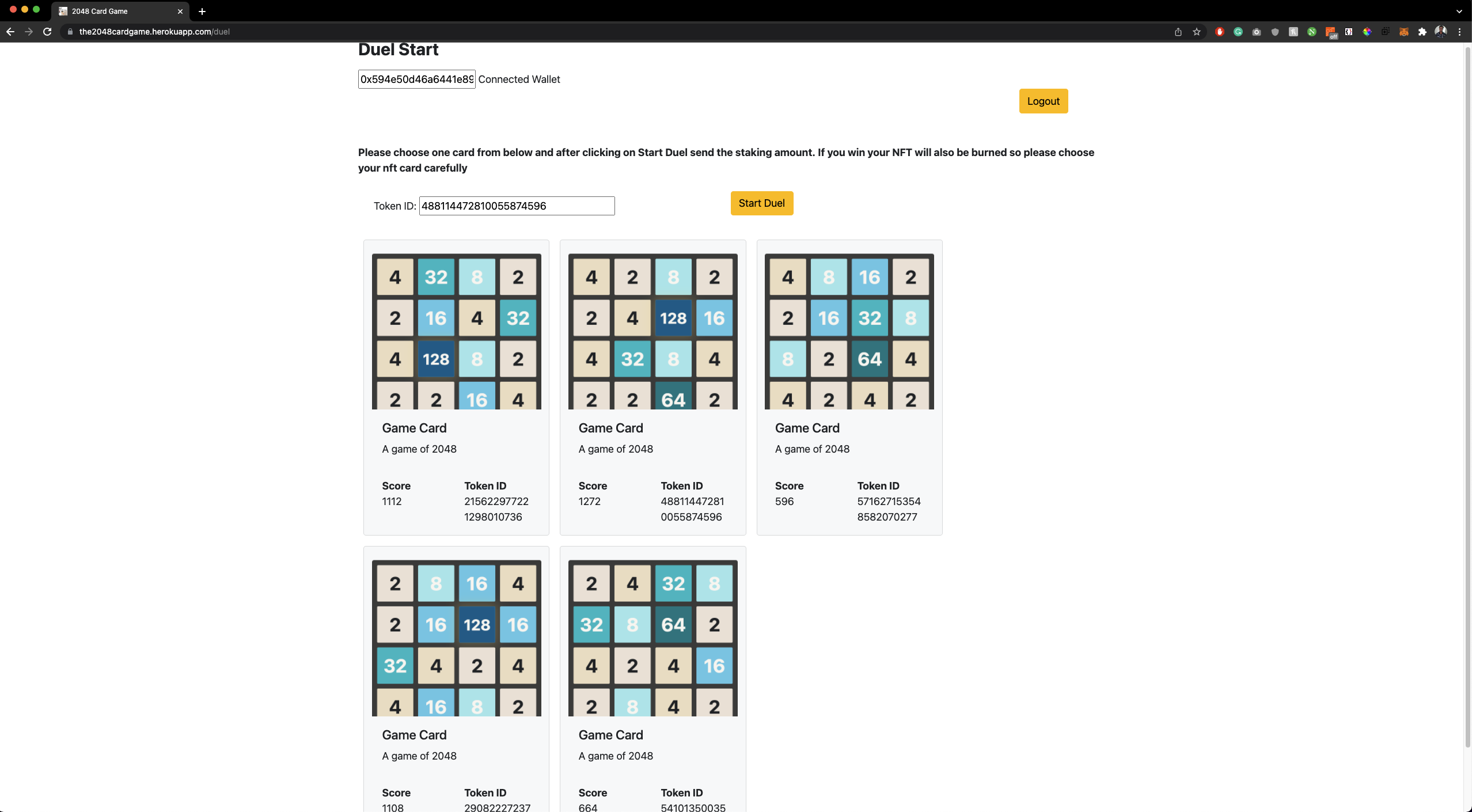 This project is created using Nodejs in the backend and Vanilla JS. Smart Contract will be built upon Polygon Chain to store information. We are Using NFTPort to save files and metadata which are required to mint NFT. Covalent used to show the NFT tokens minted on duel page. Moralis is used to connect Metamask Wallet and UI. There are more than 39 million permutations for the 2048 game titles, thus this uniqueness is also being taken into account which makes sure that each NFT token minted is unique. After the unique NFT is minted, users can use that NFT to battle with each other. Players will duel with one another and depending on their NFT token's score which will be used to decide who wins the battle. We have also implemented the burning of NFT of both players who were staked in dueling. The winner gets decided on the basis of score whoever has the highest score in the duel gets rewarded at the end.