A NFT bidding protocol where all the participants are rewarded for participation without any support from external parties. 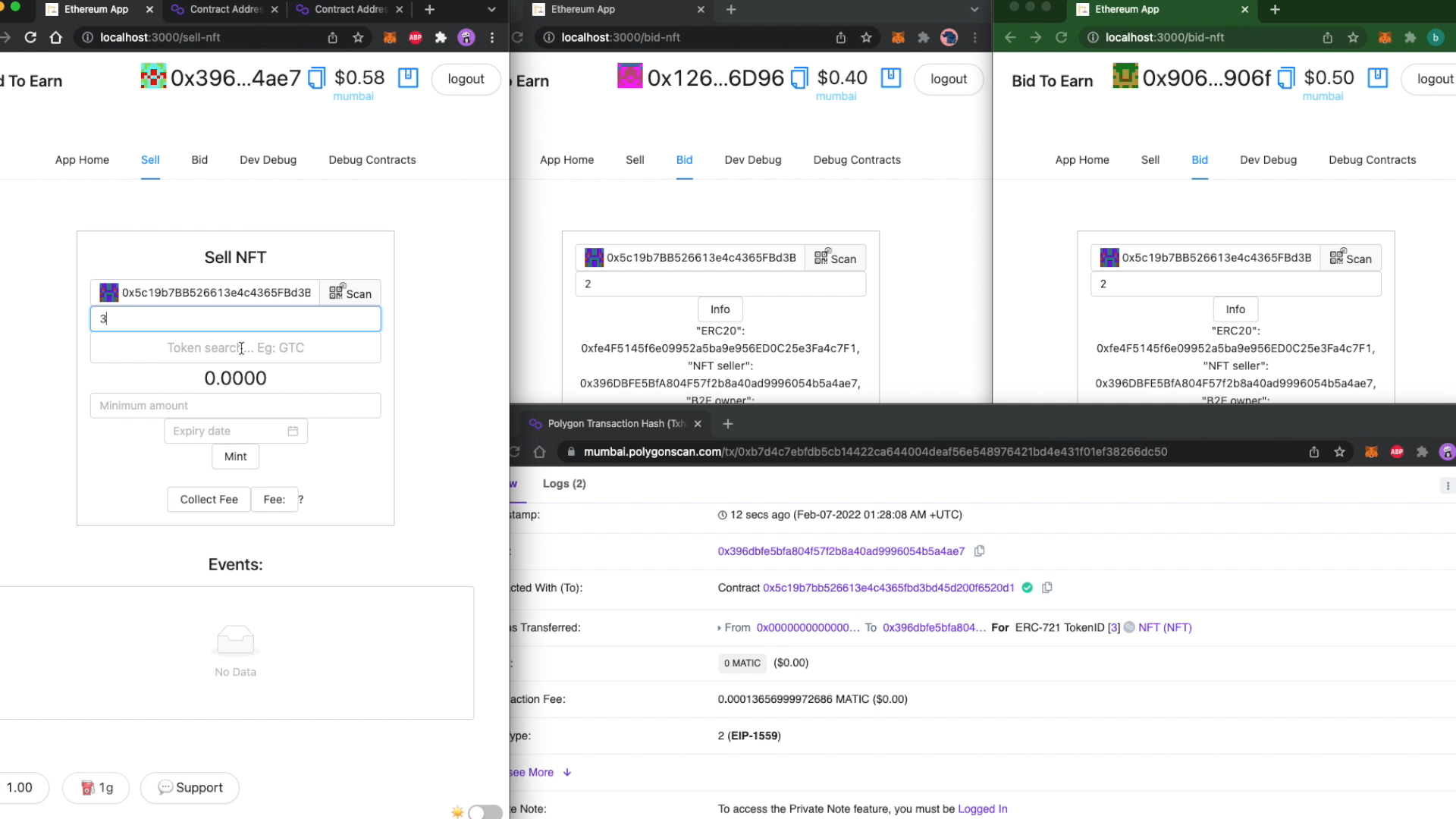 Bid To Earn 🤯 **NFT Sellers** Earn from each bid on your NFT 😍 **NFT Bidders** Are you frequently outbid? Now you can earn from it! 😎 **Protocol details** NFT Sellers transfer their NFTs to BidToEarn (B2E) contract specifying the trade currency, sell price, and its expiry. This triggers a mint of B2E-NFT initially owned by the contract. Bidders bid on the NFT by buying the B2E-NFT. On each successful bid, a fee is taken to — - put into a pool for the NFT seller. - reimburse the fee taken from the last bidder, and also to reward them on top of it. Thus, it awards all the participants in the protocol — - NFT seller is rewarded through fee collected on each bid. - The last bidder gets the NFT. - All the previous bidders gets a reward when they are outbid. Thus, more and more people are incentivized to participate in the protocol. Finally, when B2E-NFT expires, anyone can execute the NFT trade between the contract and B2E-NFT holder. This also transfers the extra rewards to the seller.

Bootstrapped with scaffold-eth to get nice eth-hooks to interact with deployed smart contracts. - It uses React and antd for front-end components. Solidity for Smart contract and Polygon as the blockchain of choice. Every actor in the protocol benefits and thus all them are incentivized to use it.