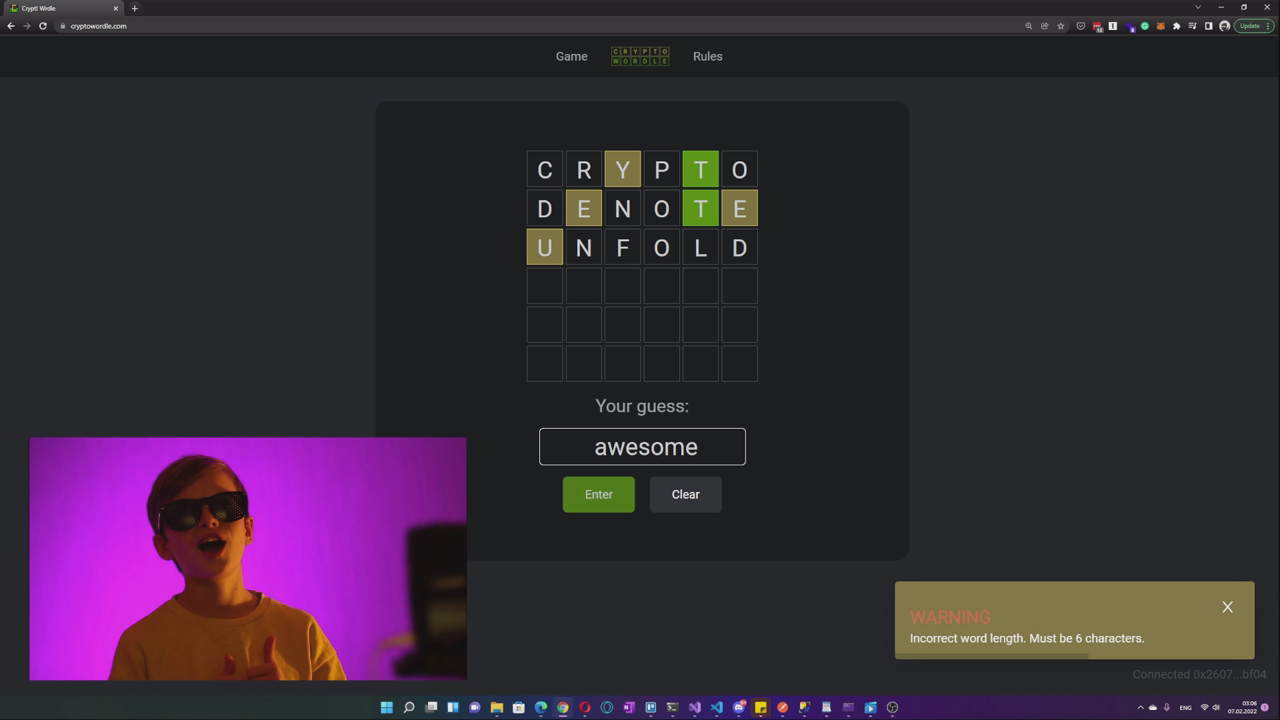 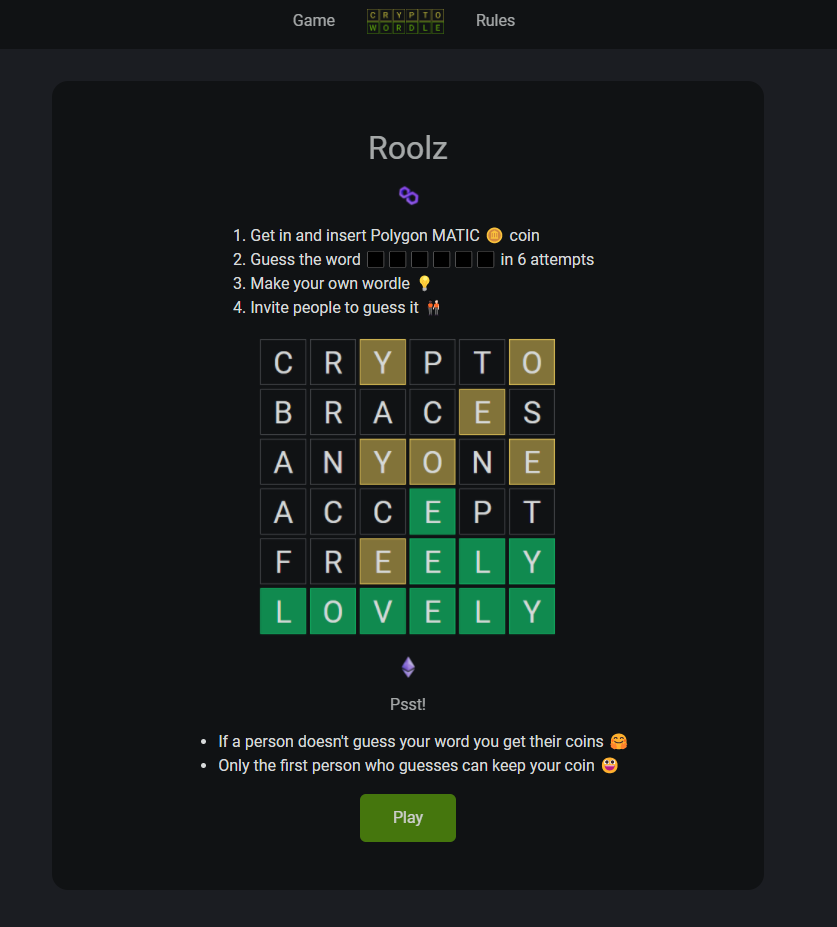 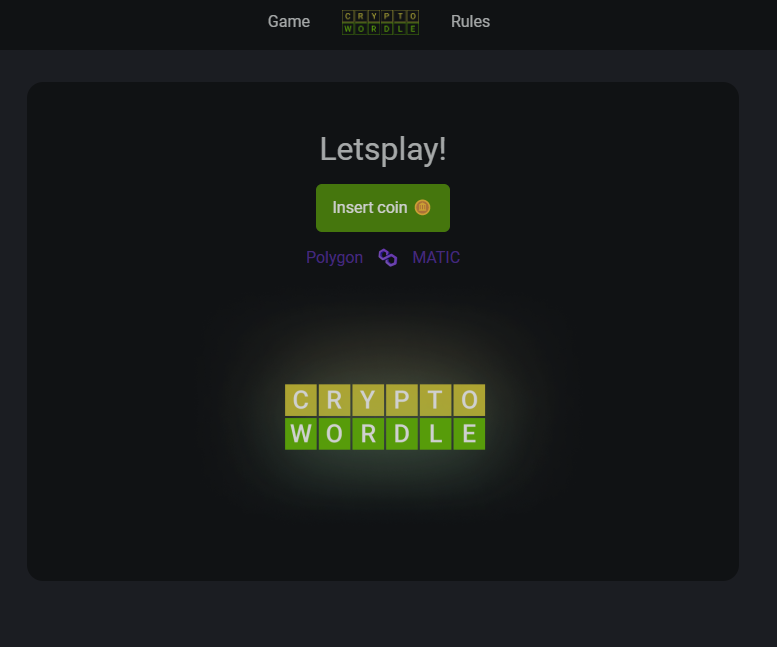 We believe that bringing well-known experiences to Web3 is the way for introducing more people to the ecosystem. Guess the word, propose your own and invite friends to play: as simple as that! Do you know Wordle? It is a game that went viral, because people love sharing their winnings. What if they play for real coins against real people? 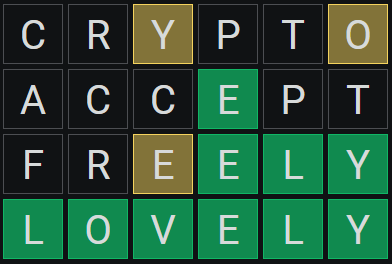 The original idea was taken from the Wordle game that recently became popular in Twitter space. My plan was to involve cryptocurrencies, as well as make it more distributed, as a step towards Web3. Not all the planned blockchain distribution was implemented so far, but the game is working as Web2.5 and it uses crypto. Being a solo developer, I created this project completely from scratch, and it was my first attempt with blockchain. Technologies used: Blazor WebAssembly and C#, MetaMask wallet Blazor connectors. Nethereum. Dotnet WebApi backend. Azure cloud, Solidity and Polygon network. It's ready to play, and almost production-ready.