This project aims to develop the decentralized version of social media- Twitter. Basic features like tweeting, liking tweet, creating user profile , following other users etc are slated for the MVP 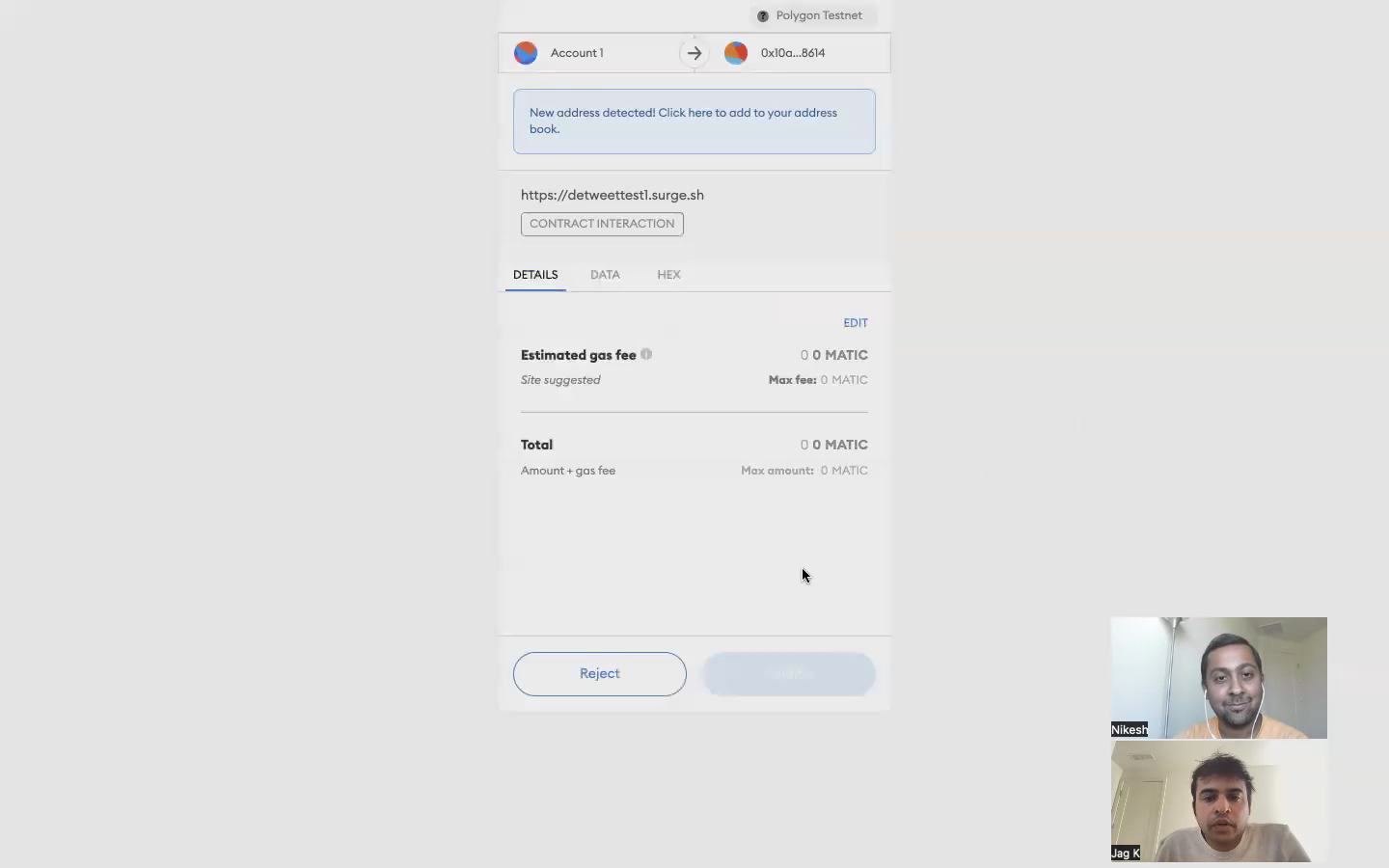 The whole idea of decentralized twitter like app is to store the tweet data and other data sets on chain so that its immutable and cannot be taken down. This enables the user community to participate in social media governance. Basic features like Create user profile, Tweet / Like a message, follow users are available as part of MVP. In the future we plan to add governance feature so that the users can decide upon banning bad actors and participate in DeTweet's future roadmap. Since the tweets are present on chain, it enables us to mint NFT directly on chain. ENS integration enables tweet profile integration with user address. 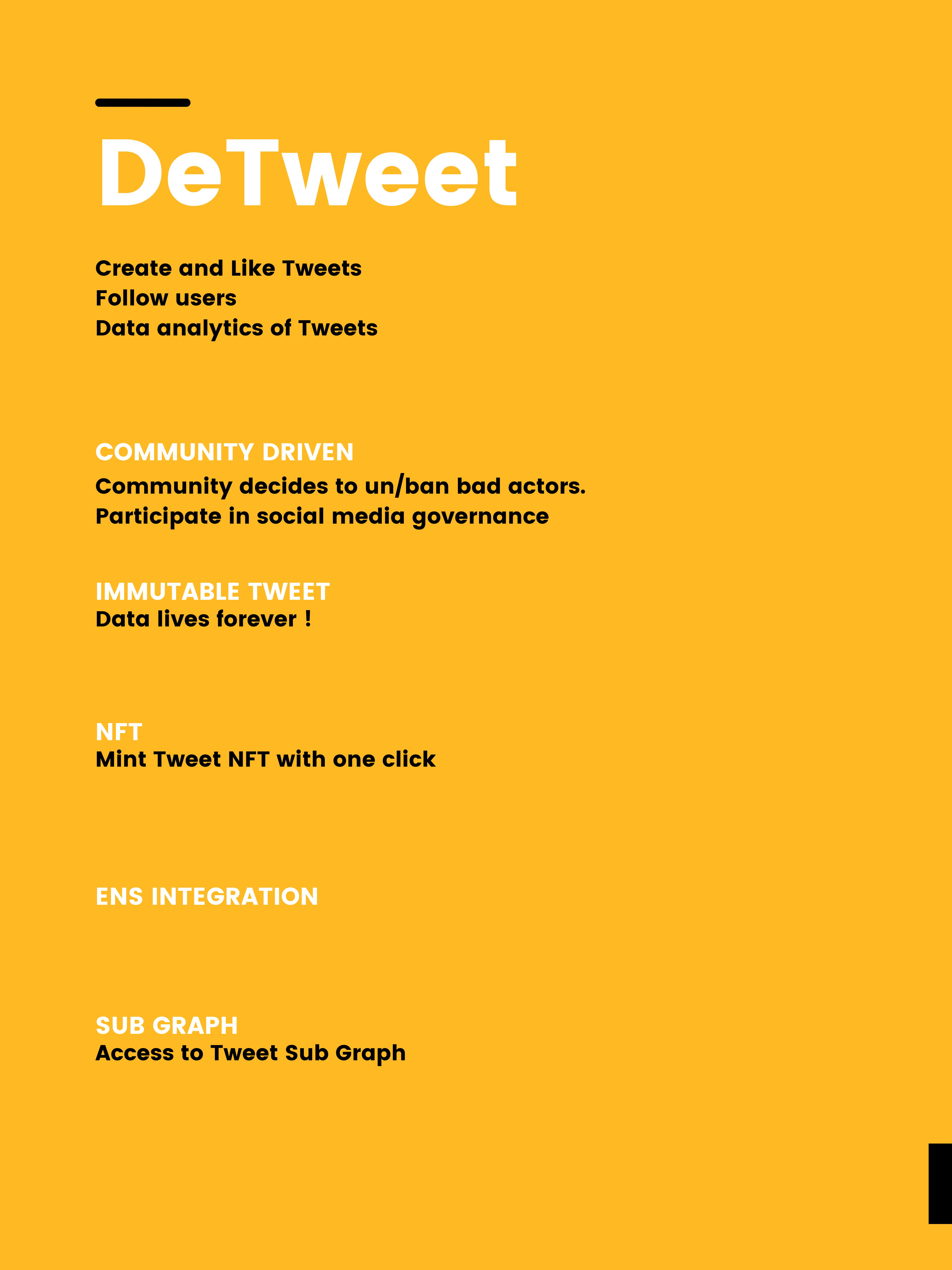 DeTweet is build upon Scaffold-Eth for front end rapid prototyping and to compile and deploy the contracts. Tweet data should be stored in blockchain so that its immutable. We are working on a prototype where Dapp will query DeTweet's sub graph (provided by Graph protocol) based upon the event logs. Our sub graph code modifies the mapping provided by graph studio to suit our requirement. The contract is deployed on Polygon mainnet and this helps to us to reduce gas fee since the gas consumed for certain functions like tweet are heavy.