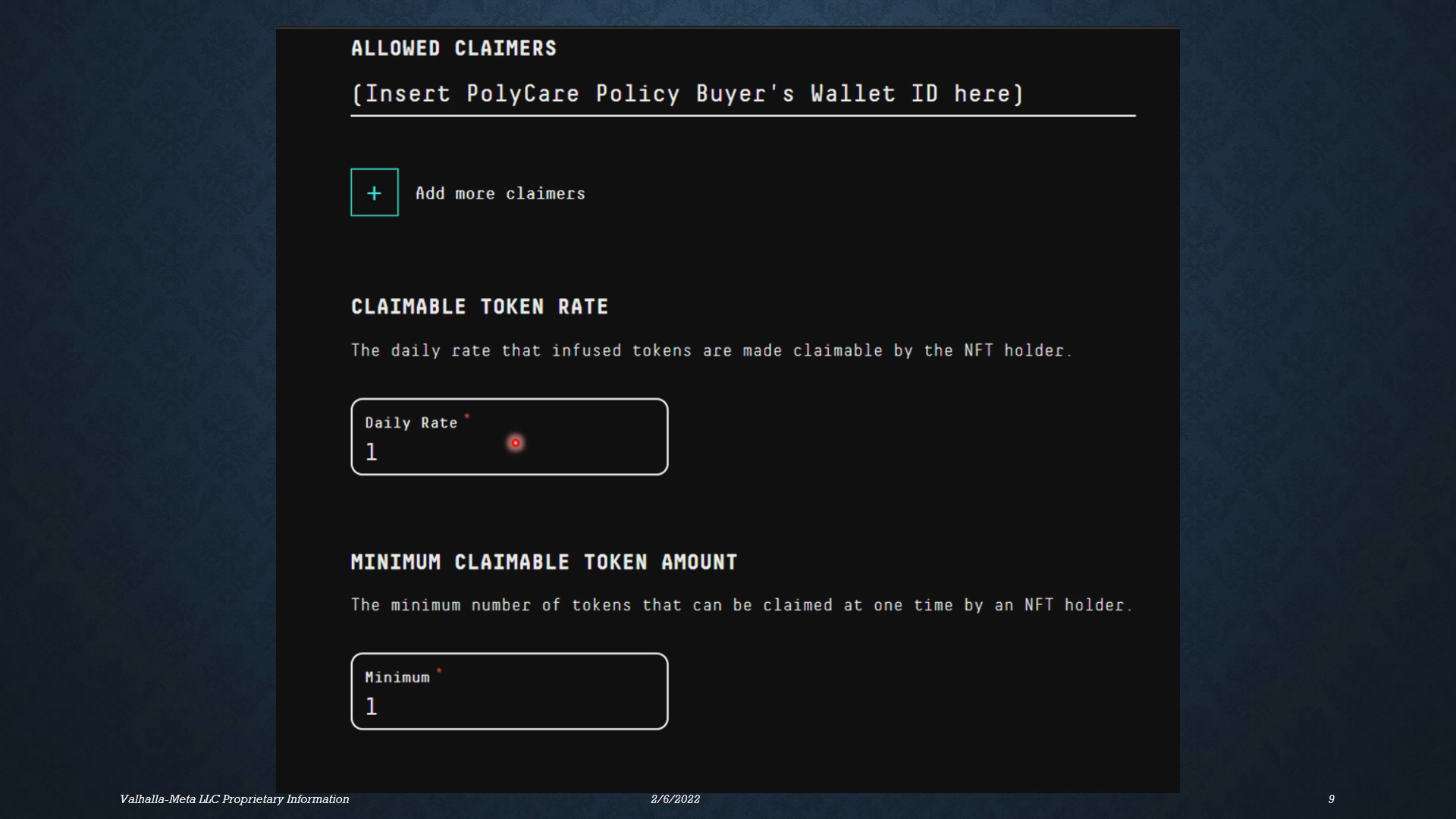 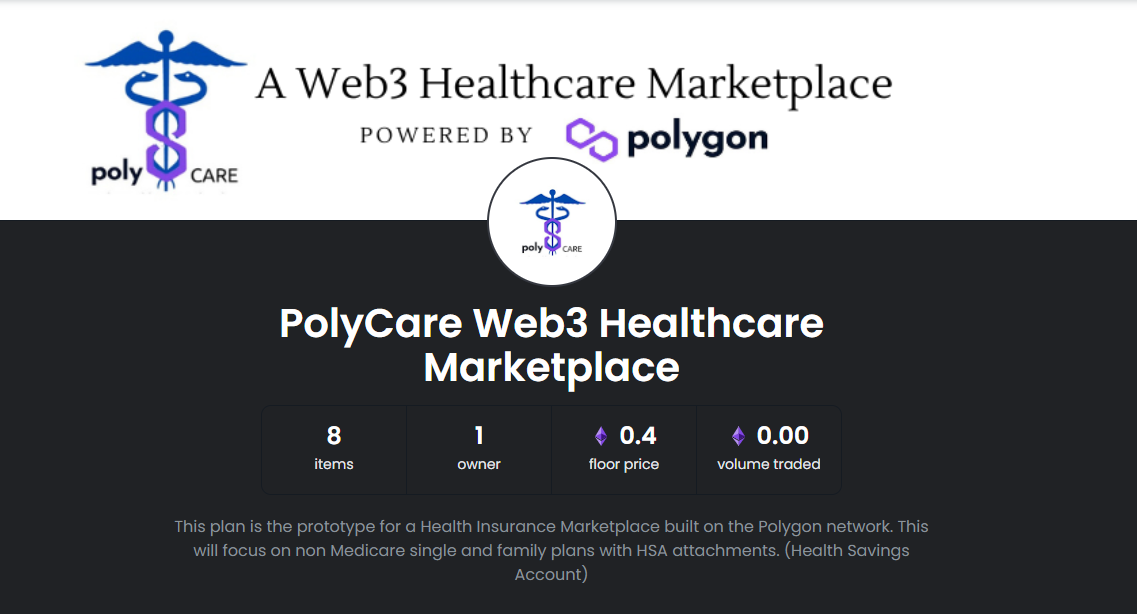 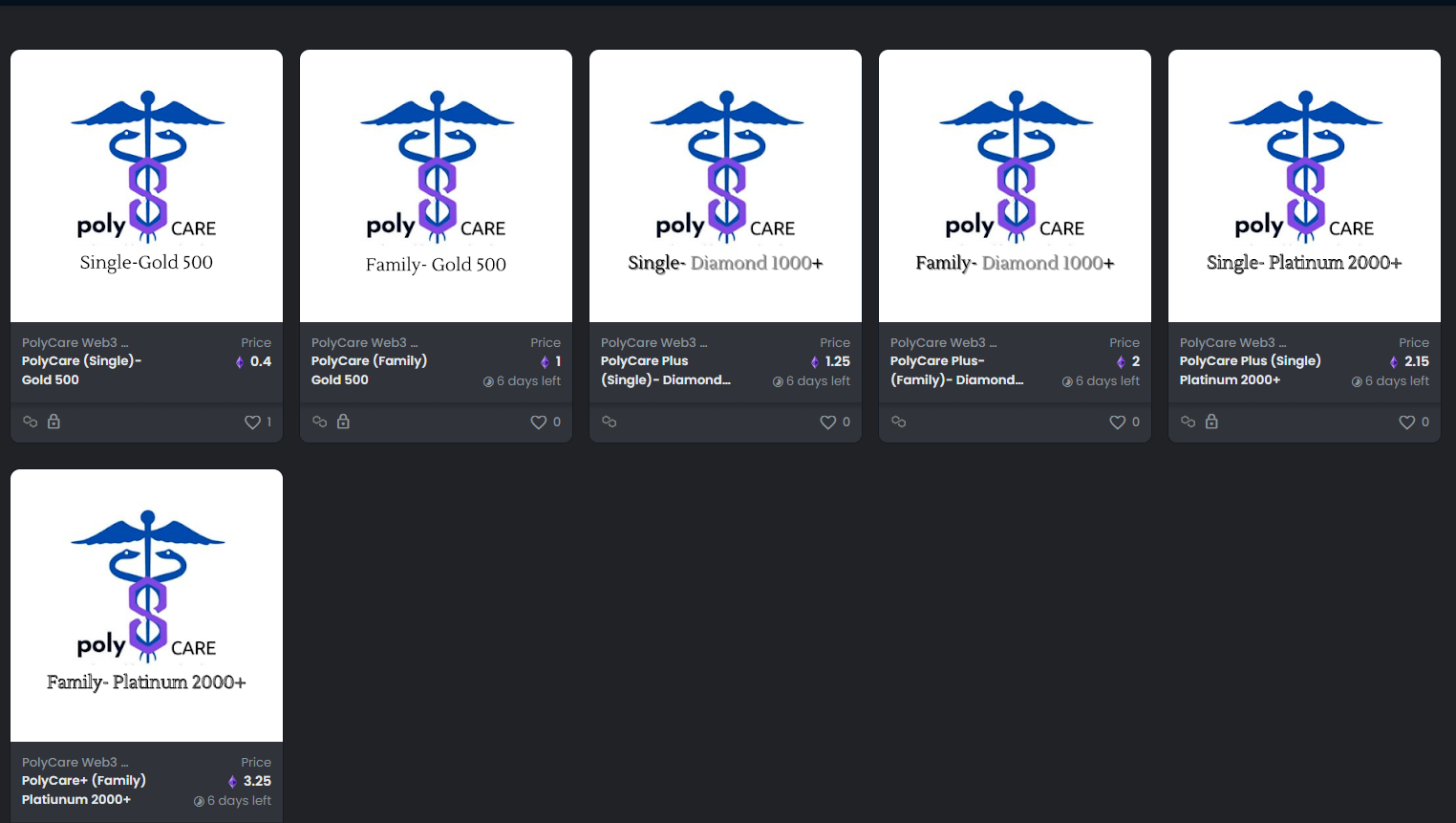 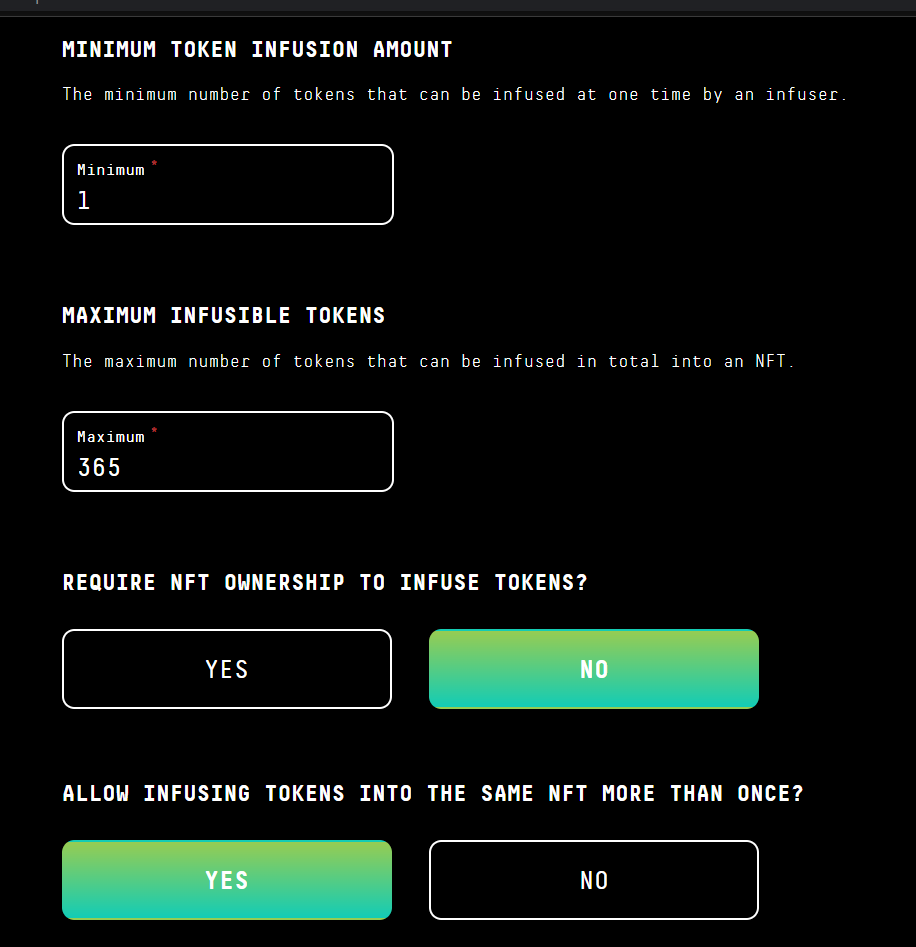 Project Summary- PolyCare: A Web3 Healthcare Marketplace The Problem: The modern American healthcare system is deeply flawed, but it is not going anywhere. The system of HMO's, PPO's, Medicare Plans, A, B, Medicare Plus (C), Plan D (prescription plans), MediGap, and many more is intentionally difficult to understand. Further adding to the confusion is that within these plans is an also intentionally confusing and complex network between insurance carriers, doctors, medical facilities, testing facilities, services, and ultimately patients (i.e. customers). This system, created by insurance carriers to make them the maximum profit, is expensive, slow, and is unhealthy in the fact that it is designed to have customers use it as little as possible. A person could take months or years learning the intricacies of the entire system and still would only be scratching the surface. So, with that in mind, and with the 4 minute time limit on submission video, the only thing anyone needs to know is that at the very basic level, the entire healthcare system is a series of intertwined contracts. Any type of insurance plan within that system is also a contract. The Solution We will build a working Health Insurance Marketplace on the Polygon network. We'll take the existing system, and use various Web3 technologies, creatively developed smart contracts, and some extensive math to build a faster, more efficient, easier to understand, less expensive, and safer healthcare system for patients. Concurrently, we will be creating a tax exempt, token infused HSA (Health Savings Account) as an optional upsell that will make the industry more profitable than ever for insurance carriers. These plans will be infused with tokens that can be mined by the plan itself daily. Having the customers be able to see all of their potential rewards as they mine, rather then accruing and adding a little at a time creates a siphon effect, encouraging the customer to use the policy as little as possible while maintaining a healthy lifestyle in order to accrue tokens. It also makes Web3 Healthcare Marketplaces daily visited, high traffic interactive hubs of information, account balances, crypto prices, exchanges, and news. Not only will the system will be totally HIIPA compliant, but it will also drastically improve HIIPA privacy while reducing violations. Qualifications: Licensed Health insurance provider who is licensed in all 50 states and 6 territories in the United States The Project Blueprint: A. Build a working Web3 Healthcare Marketplace on the Polygon network. 1. To fill this Marketplace we will need to build customized healthcare plans, both for single and family, and mint them into the marketplace. There will be six (6) plans in all created. There will be three (3) tiers of plans, a.) PolyCare Gold b.) PolyCare Diamond, and c.) PolyCare Platinum. 2. Each of these plans will have an option for both an a.) Individual (ERC721) plan, and a b.) Family (ERC1155) plan, creating six (6) total options for this example 3. For time considerations, four (4) plans will be minted for scale purposes, while two (2) will be fully implemented and used as examples. One example each will be used for single and family. 4. The policies will be a.) real healthcare plans b.) built from the ground up c.) extensive and complete, and d.) comply with all Federal HIIPA regulations. 5. We will also create a new type of plan, a pre-tax, tokenized HSA, infused with tokens available for mining by the plan itself. These HSA plans will: a.) vary in yield parameters depending on plan type and price. b.) have token escalators for preventative health milestones such as yearly physical and gym membership. c.) have an available add on PolyCare+ option for an additional price. This option allows the customer to keep the tokens accrued at the policy end. The less the policy is used, the more tokens accrued. There is also a sizeable bonus for non use. 6. These policies each have two (2) contract length options. a.) 1 year policy b.) 2 year policy w/ 3rd year rollover option 7. Finally, we'll purchase into an insurance plan for both a single (ERC721) and family (ERC1155) Completed Project Summarization This marketplace drastically lowers prices for customers, while increasing profit for carriers. This is achieved by cutting out several layers of middlemen, drastically reducing operating costs, and by incentivizing customers to use the policy as little as possible and taking preventative health measures. By adding extra unlockable tokens rewarded for achieving milestones in preventative health measures, it allows the customer to already see the full amount of tokens in their account, rather than the current system in which they start at 0 and accrue daily. The customer is still accruing the same amount of tokens, but now they are able to "see" all of these at once. They are incentivized to use the plan less, to keep the plan longer, and to spend more time in the marketplace token hub. The United States healthcare system makes up more than 20% of the entire U.S. economy. If this idea were to be properly funded, it could be implemented quickly and have unlimited earnings potential. Thank you. 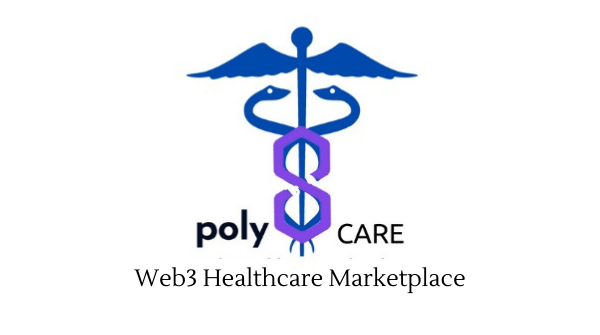 Since there is much information regarding the policies themselves, we wanted to keep this process very simple. The working marketplace location is opensea.io/collection/polycare 1. PolyCare Web3 Healthcare Marketplace was built as a collection on Polygon network on Opensea 2. The policies themselves were created manually by a team member who is healthcare provider licensed in all 50 states using lots of math and scrap paper. 3. Once a policy was created and parameters set, it was minted onto the Polygon blockchain as an available item in the already created PolyCare Web3 Healthcare Marketplace on Opensea. 4. Once minted, the policy was then infused with tokens using hypervibes protocol. 5. The minted, token infused policy was then listed for sale on the PolyCare marketplace on Opensea and priced according to plan type and tier.