PolyBingo - A number calling game styled as a slow casino. Now Play Bingo on the Blockchain! 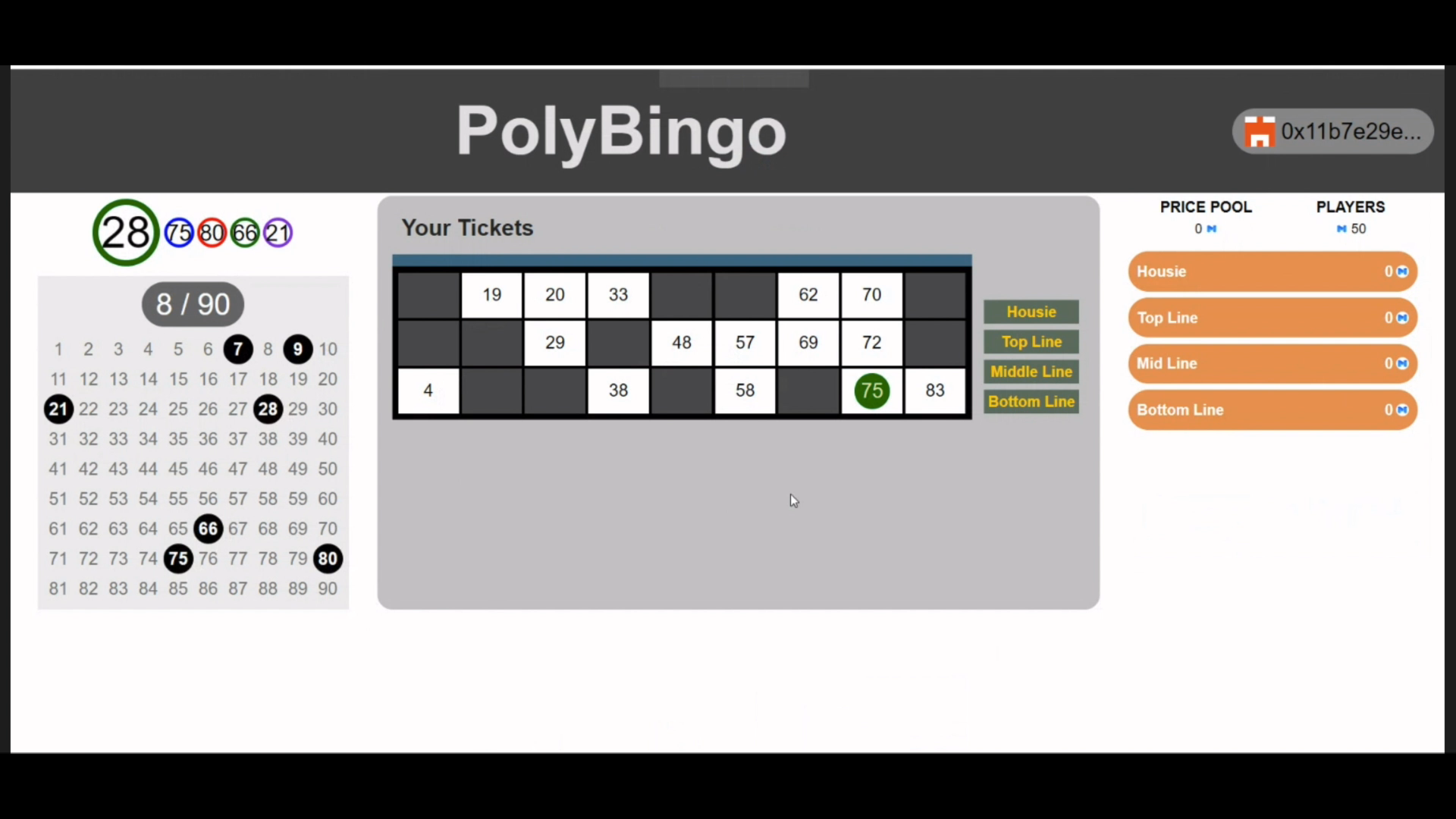 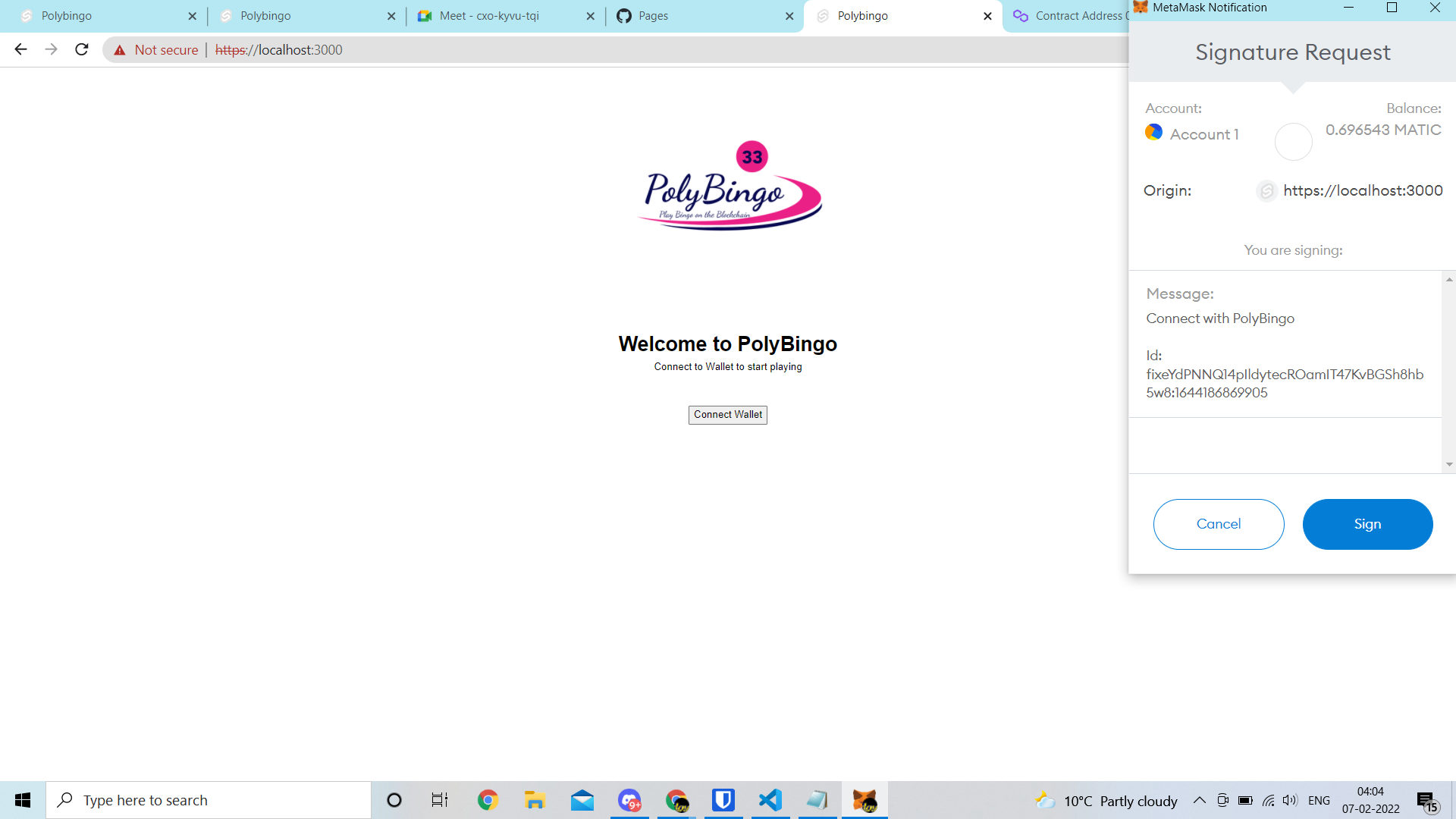 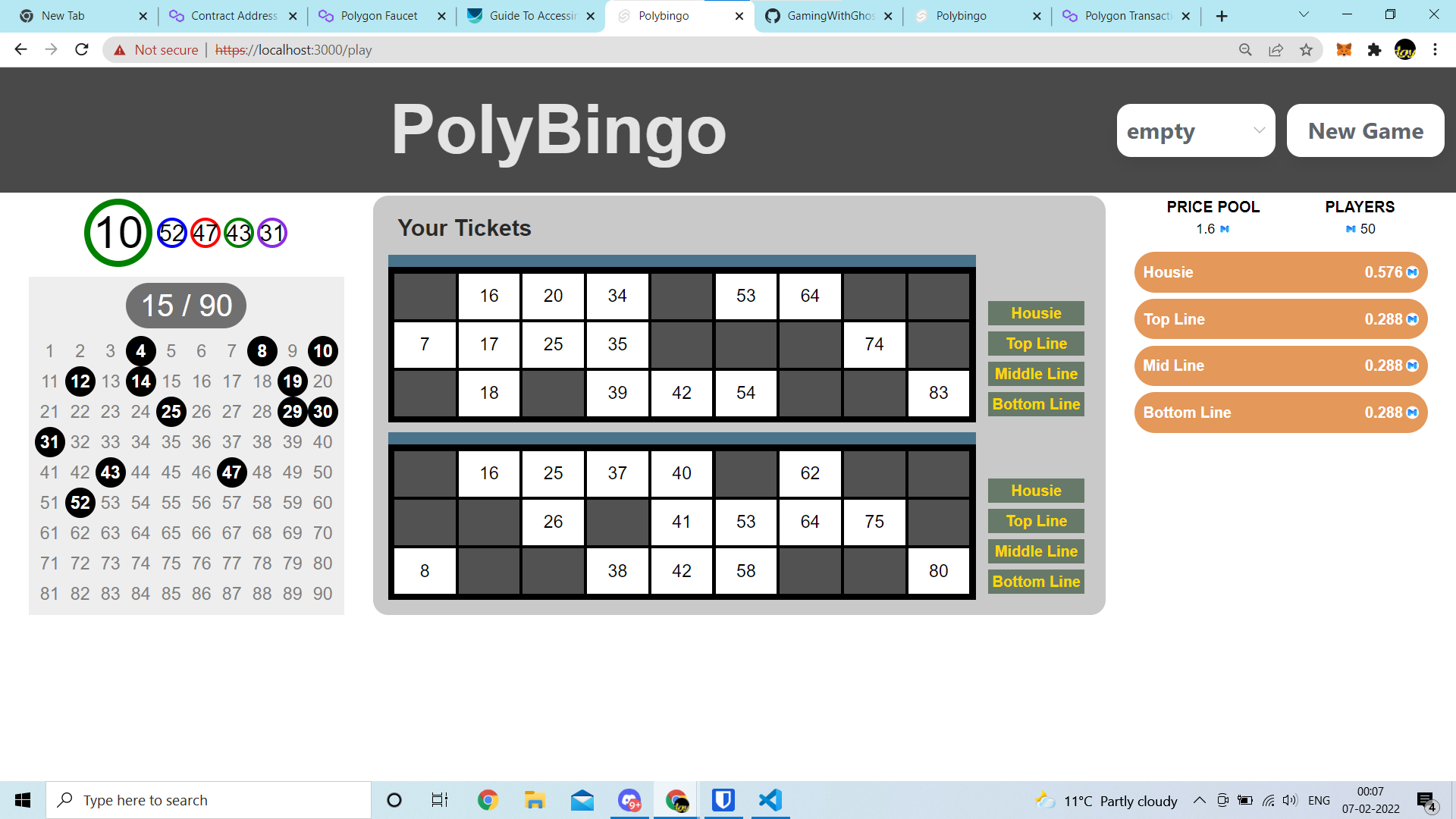 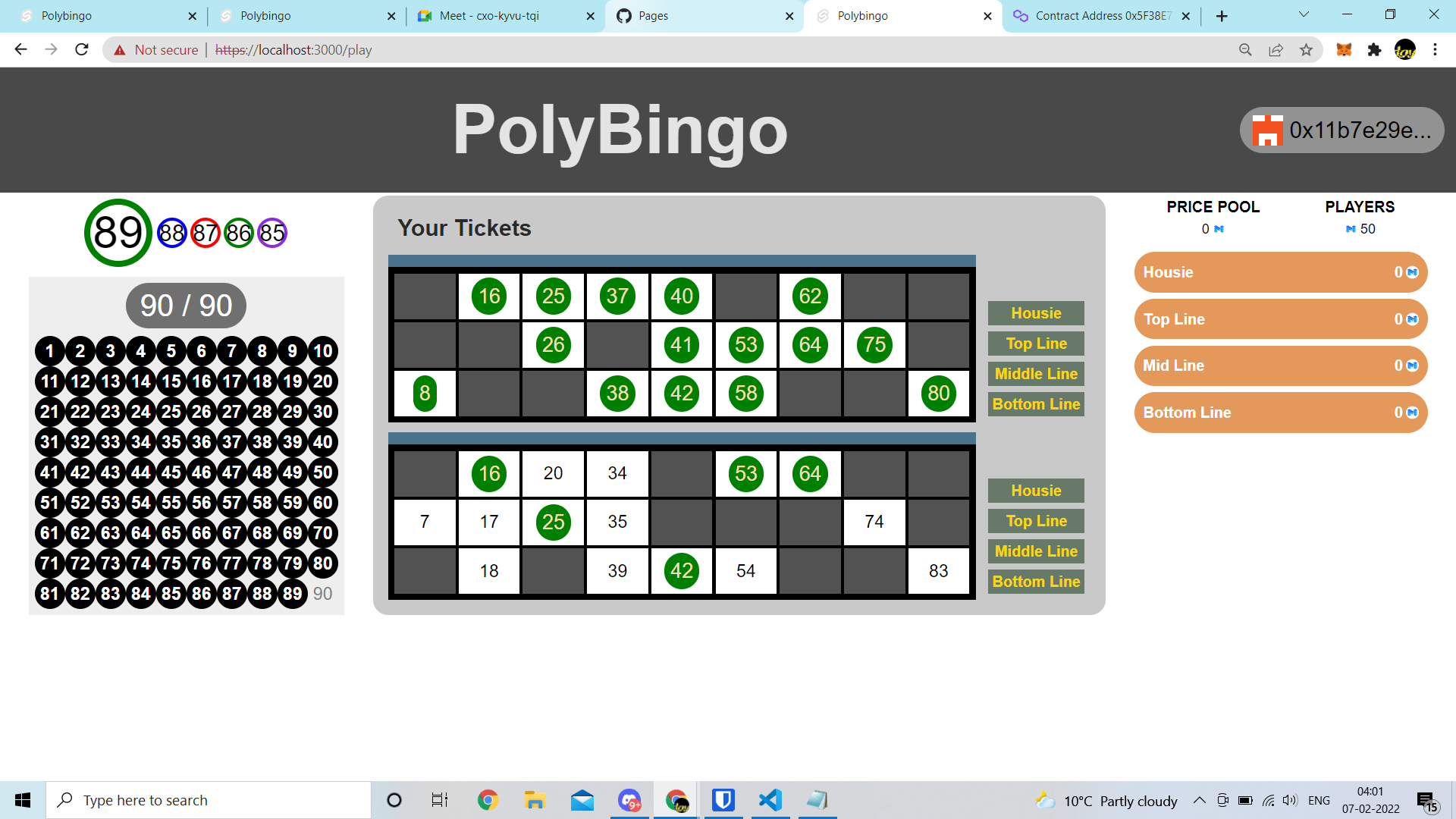 We've built PolyBingo which is a number calling game styled as a slow casino. It’s organized by the smart contract calling out numbers and players scoring them out on the ticket. Each player gets to buy a unique ticket and a range of prizes that can be claimed. Since we didn’t find any Bingo Games on the Polygon Network, So we decided to BUIDL it! The users buy ticket (NFT) which contains the numbers that they can match with every draw being carried out after the game starts. Anyone can start the game after the defined time has passed. Once the game starts the users can't buy more tickets - however they can transfer it to other users. After the game has started anyone can draw the number within a set interval. Once the ticket becomes eligible for a particular prize they can claim the amount from the prize pool based on the share. After the main prize has been claimed, The prize would be automatically disbursed! 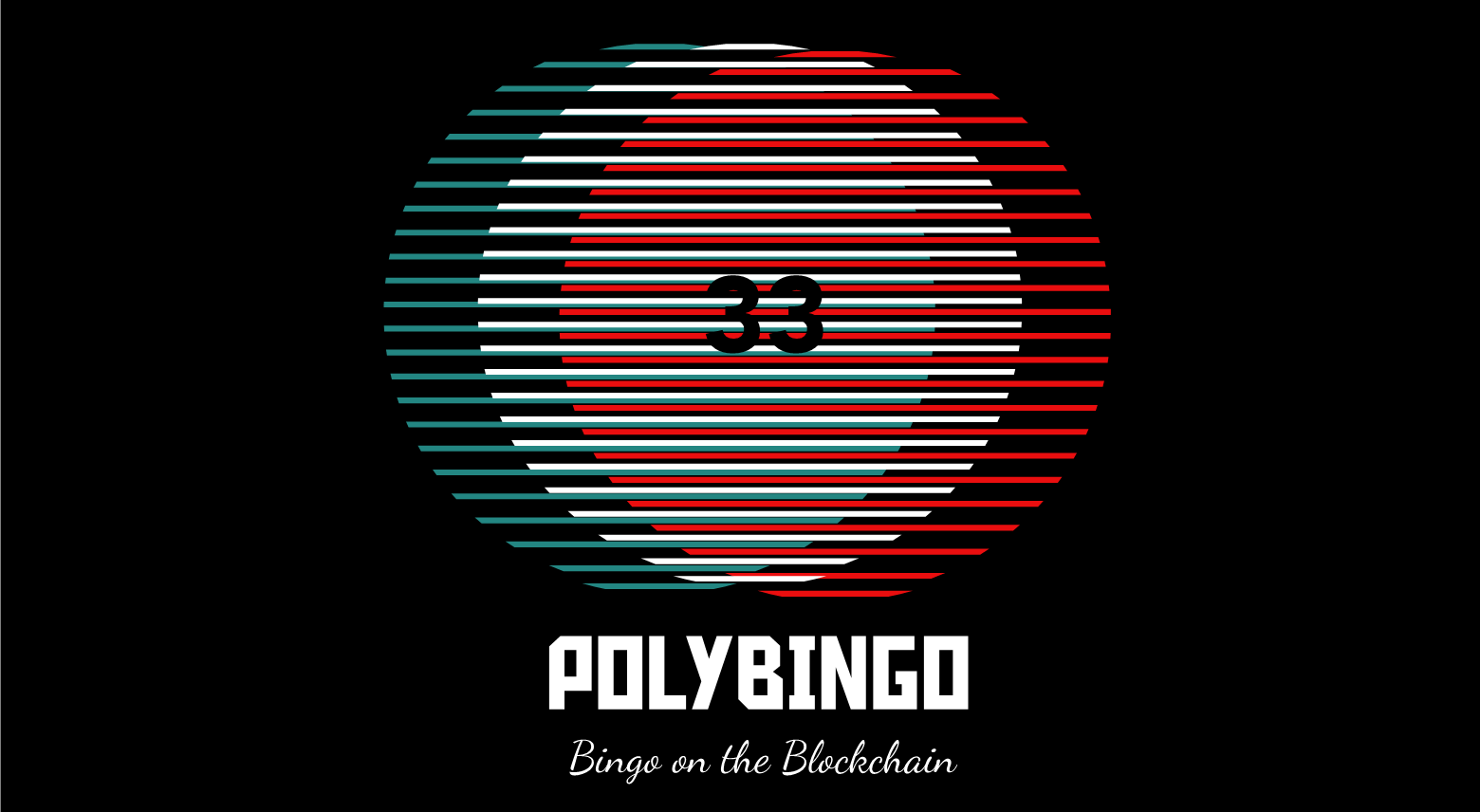 We're using Polygon Network for high throughput and low tx fees leveraging off-chain computation offered by Chainlink. The Oracle API Consumer calls the Python Web Service for ticket generation and NFT Metadata hosting on IPNS. We're also using Moralis for Frontend Integration and experimenting with Superfluid for IDA - distribution of the prizes. Our Smart contract contains public functions so anyone can interact with the game and Users can choose to deploy the game for their own party/community and the game would be visible for others to play.