Triton is an instant messenger built on the Polygon blockchain. The Dapp is fully on-chain, and allows for MATIC and MATIC tokens transfer. 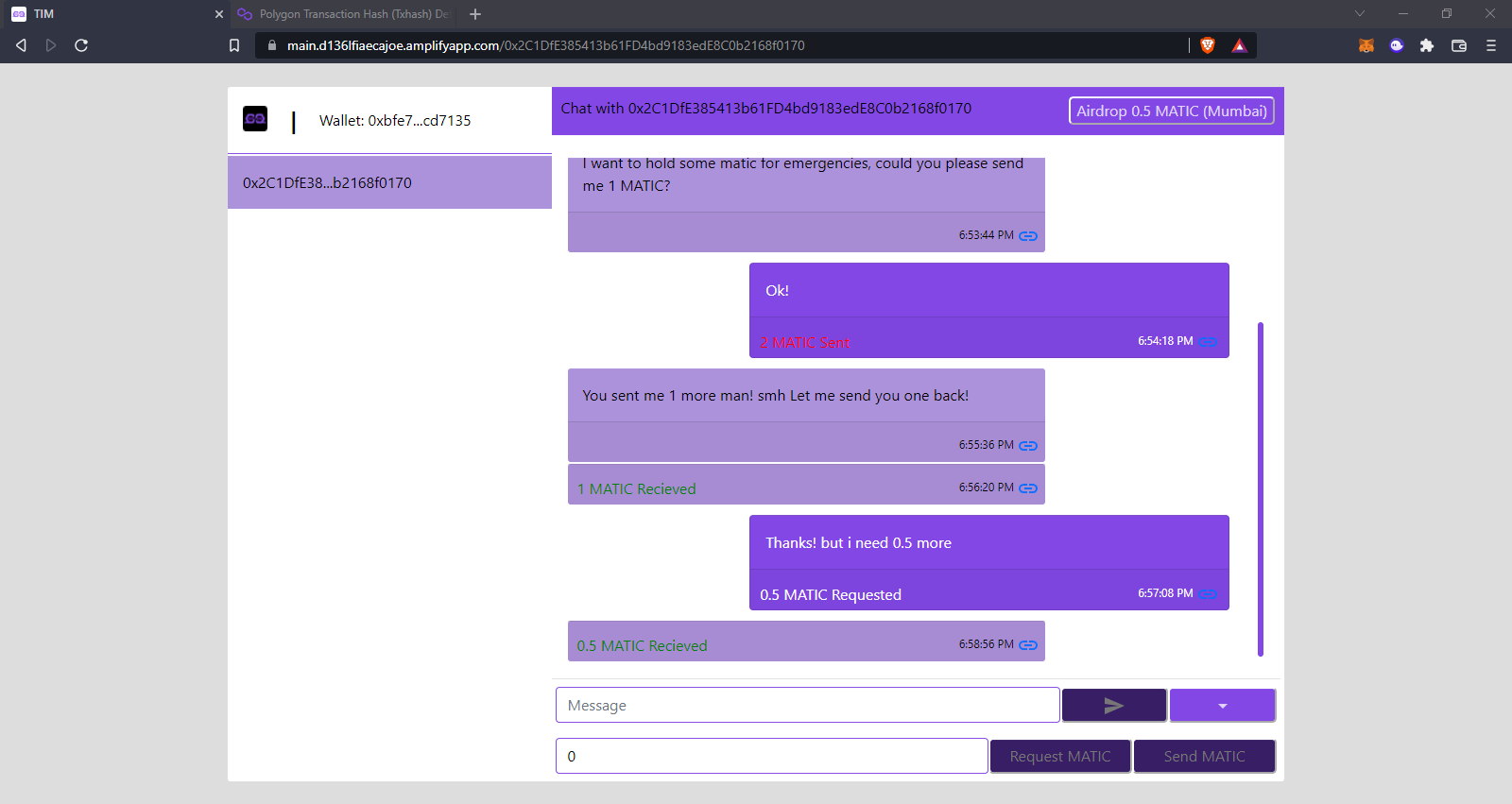 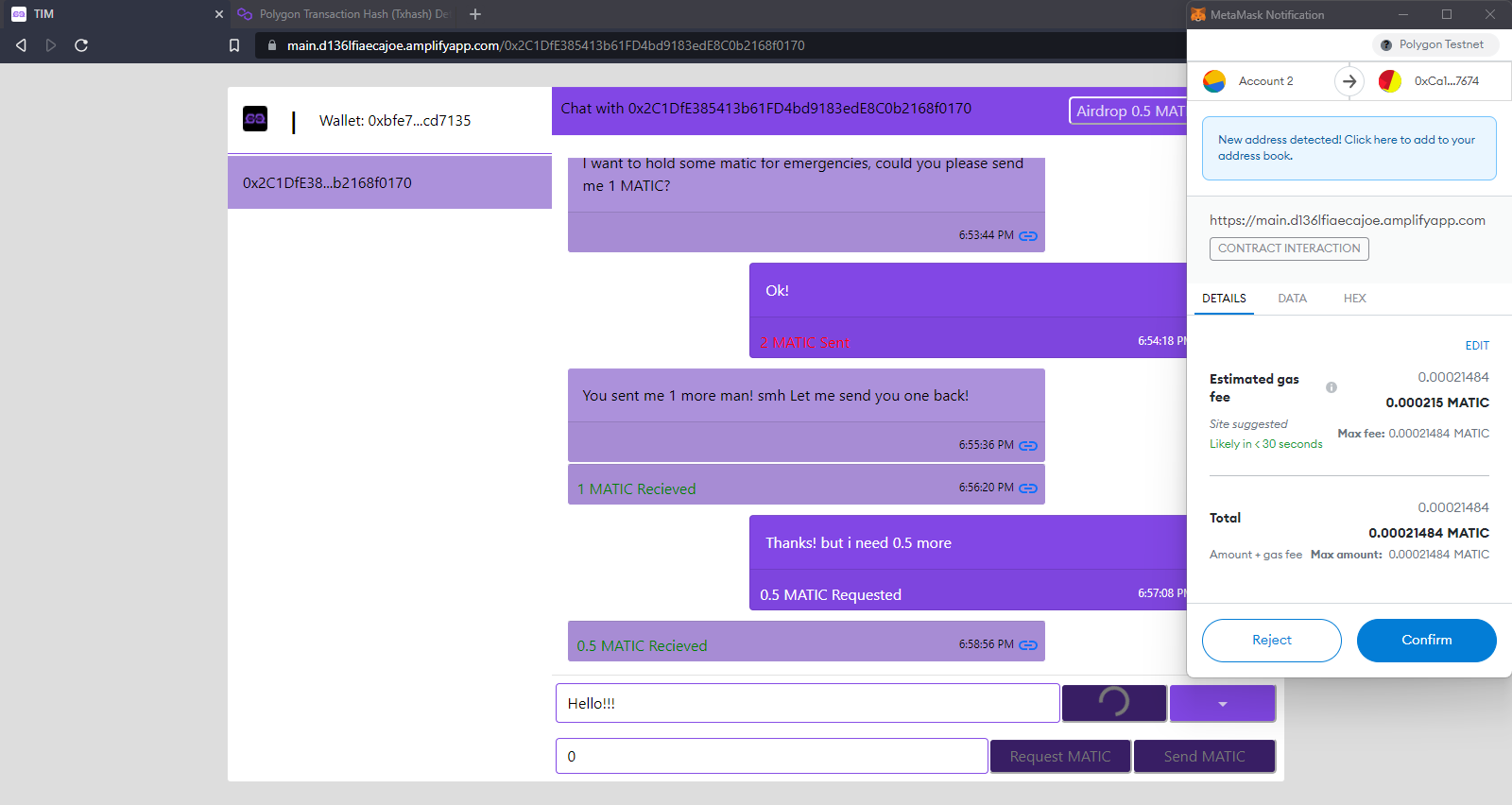 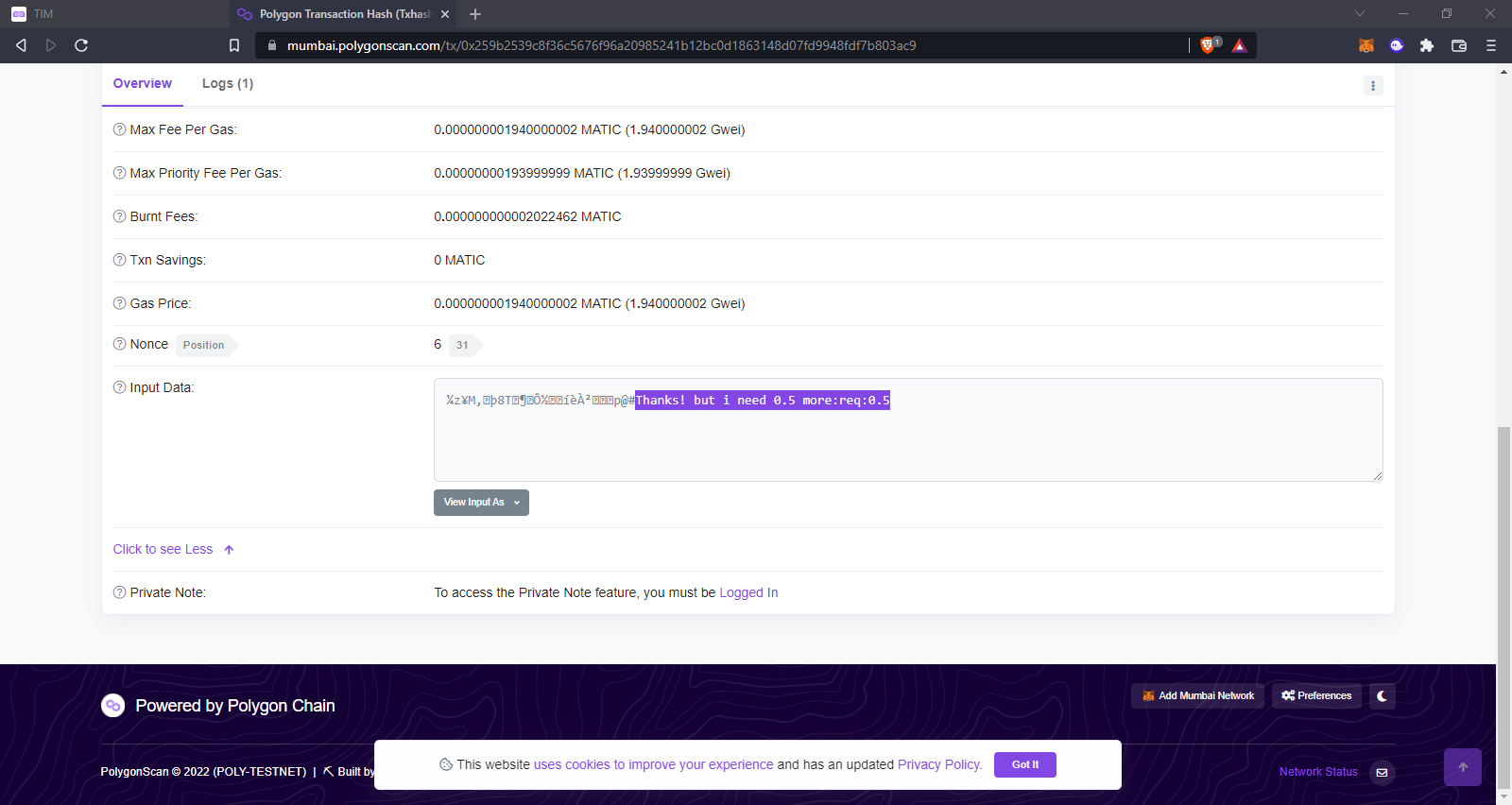 Messaging systems and apps such as whatsapp, telegram, wechat, facebook messenger and so many others have become ubiquitous nowadays. And not only that, but businesses and individuals have become partially dependent on these and we trust them because of the number of people that use them. With more than 3.6 billion people worldwide and over 145 billion messages being sent every day. This has brought forth stratospheric market valuations. WhatsApp was acquired for $19 billion in 2014, Telegram has over 500 million users and rejected an investment offer at $30 billion. Skype was sold to Microsoft for $8.5 billion in 2011. And they will continue growing at a rate of 10% per year by 2030. But there's a huge privacy problem in regards to siloed enterprises controlling data. These are regarding several right’s violations mainly around privacy such as Data sharing violations like the fine of 266 million euros that Whattsapp received by the EU in September last year, Telegram’s constant issues with cyber theft mainly around bank accounts and quite a large number of cases of Blackmail. And private data leaks such as the one that happened through facebook in April 2021. Nevertheless, messaging companies are still operating under practices that suggest data governance has not been solved. Data is the most valuable resource an individual has and through blockchain technology this privacy issue can be quenched. We think that the way to launch a competitor is through the DeFi ecosystem as it is growing at an incredible rate. Having said that we decided to build it with the following characteristics: - Fully on-chain encrypted chat app, - Directly integrated with Polygon scan and built on Polygon. - Moralis managing everything from the backend for a faster implementation. - Will allow MATIC and MATIC-based token transfer between chatters!

A Fully on-chain instant messenger was developed in Polygon, making interactions through our Metamask wallet and integrated to Polygon scan. All our chat is based on the use of transactions and interaction with a Smart Contract deployed on the Polygon blockchain (Mumbai testnet), using Moralis for almost everything on the backend, from managing the Polygon RPC to interactions from the frontend and the Metamask Wallet to sign the transactions. Everything is made using the ReactJS framework.