Gnosis safe plugin that provides an interface for multichain swap

We all use gnosis safe and as such we are trying to see if we can create an interface using https://connext.network/ to make gnosis talk to different chains. We integrate Gnosis Safe using the gnosis safe sdk with connext network widget so that the as a user of the gnosis safe which is where most crypto projects store their funds you can add liquidity into the connext network easily at the click of a button. We intend to enable adding liquidity to routers at a later stage. For now it is just choosing a network and making a swap for a certain amount and only for ether. 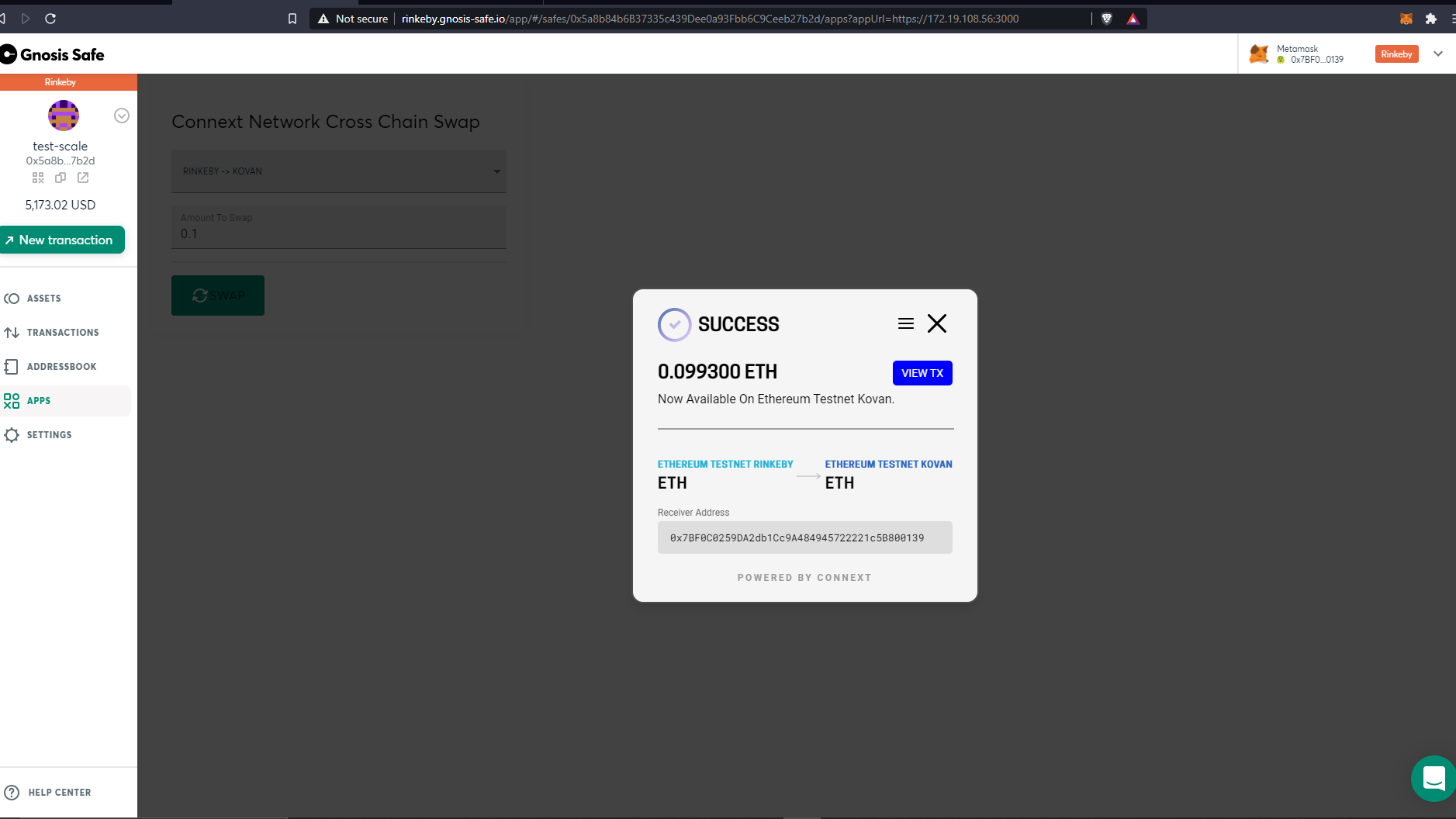 We integrated using Gnosis safe SDK and connext network widget. We wanted to achieve a non custodial cross chain multisig with great UX. So initially we tried using a node from connext.network. But in the end decided to keep it simple. The main hack was the safe provider and tooling from Gnosis, initially we were struggling with making our own. But the tooling from gnosis came out mid hackathon and that was super helpful.