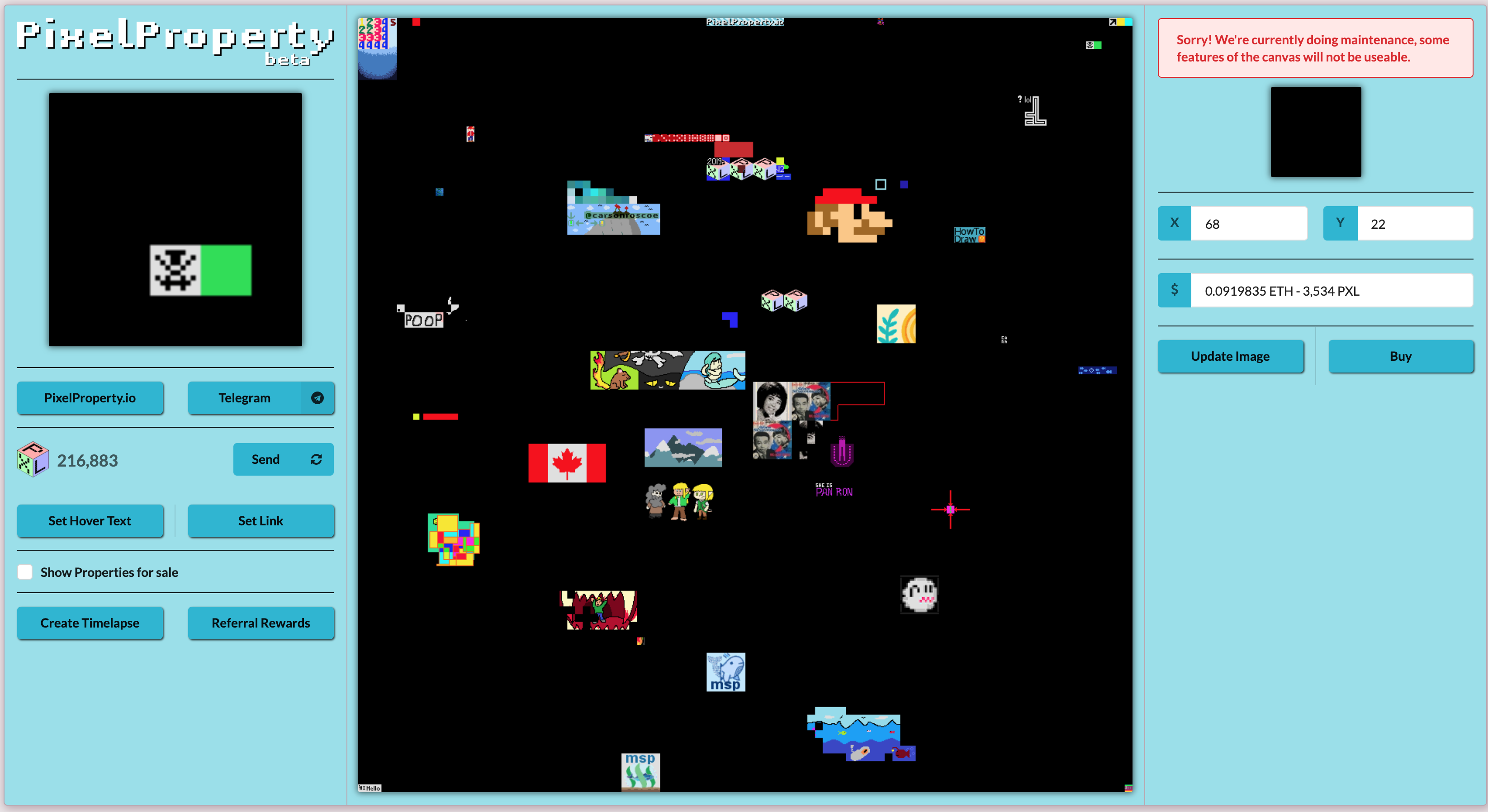 PixelProperty is the evolving digital canvas, a gamified art canvas where users come together to create. share and collaborate. Launched during the peak of the cryptokitties hype, PixelProperty faced scalability issues off the start. It's following dwindled as fees rose. In it's current form, drawing on the canvas is too expensive for any reasonable person to participate. For this hackathon, we created PixelPropertyV2, a upgrade on the original protocol which allows users to interact with the app on their preferred chain. Whether Ethereum, Polygon or Avalanche, each chain contributes to the evolving canvas! Drawing on the canvas rewards players with PXL, the utility token of the network. PXL can be generated on any chain, with Connext bridges bridging the supply of PXL. The digital canvas was split into 10,000 cryptocollectables known as Properties, which users could purchase in either ETH or PXL. PixelPropertyV2 wraps these old collectables to become ERC1155 compliant. For the time being, cryptocollectables will remain on Ethereum, however once Optimistic Ethereum or Arbitrum are live, we will migrate the collectables there. 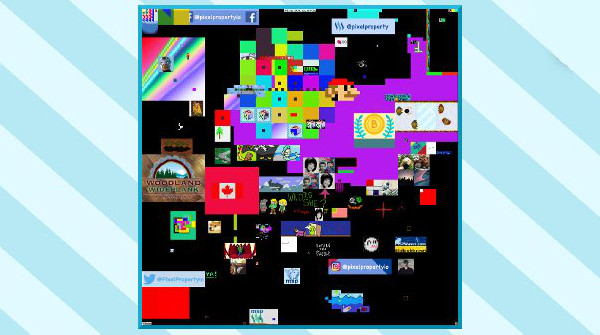 For the scope of the hackathon, PixelPropertyV2 was deployed on three networks. Kovan (Ethereum), Mumbai (Polygon) and Fuji (Avalanche). Every contract on the test networks is freshly written and modernized. During the official deployment, a altered contract to Kovan's will be deployed instead which migrates from the live contract. The front-end is written using react and MetaMask. The backend is written in NodeJS, ethers and uses the CovalentHQ API to read from the various chains. Events received from the Covalent API are written to a local SQLite3 database, to remove the need of ever re-requesting the same historic events. The Connext testnet router was used to successfully bridge PXL between Kovan, Polygon and Avalanche.