Storage App DAO is a governance app for an existing video storage platform using IPFS/Filecoin for storage and retrieval of files. 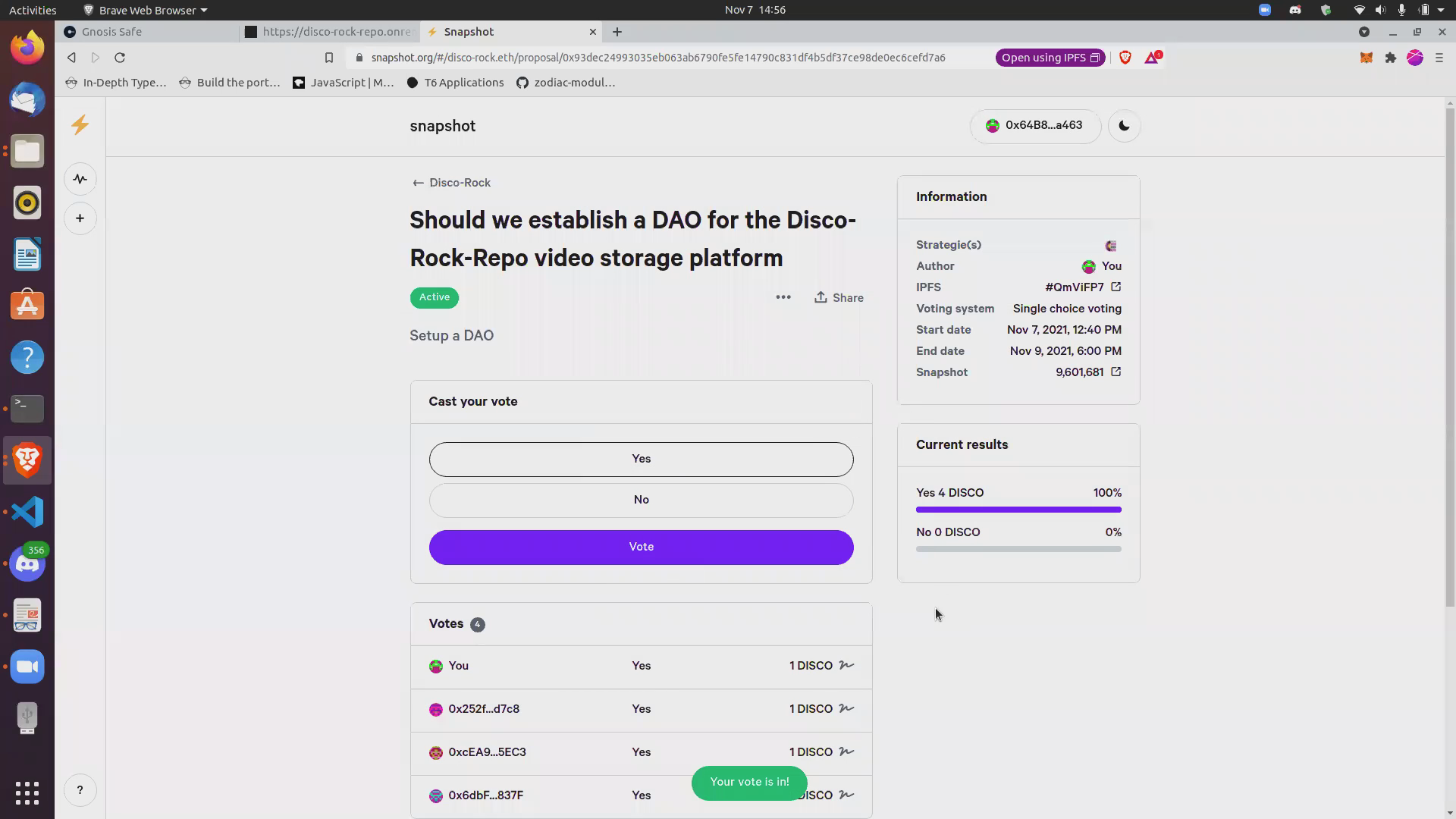 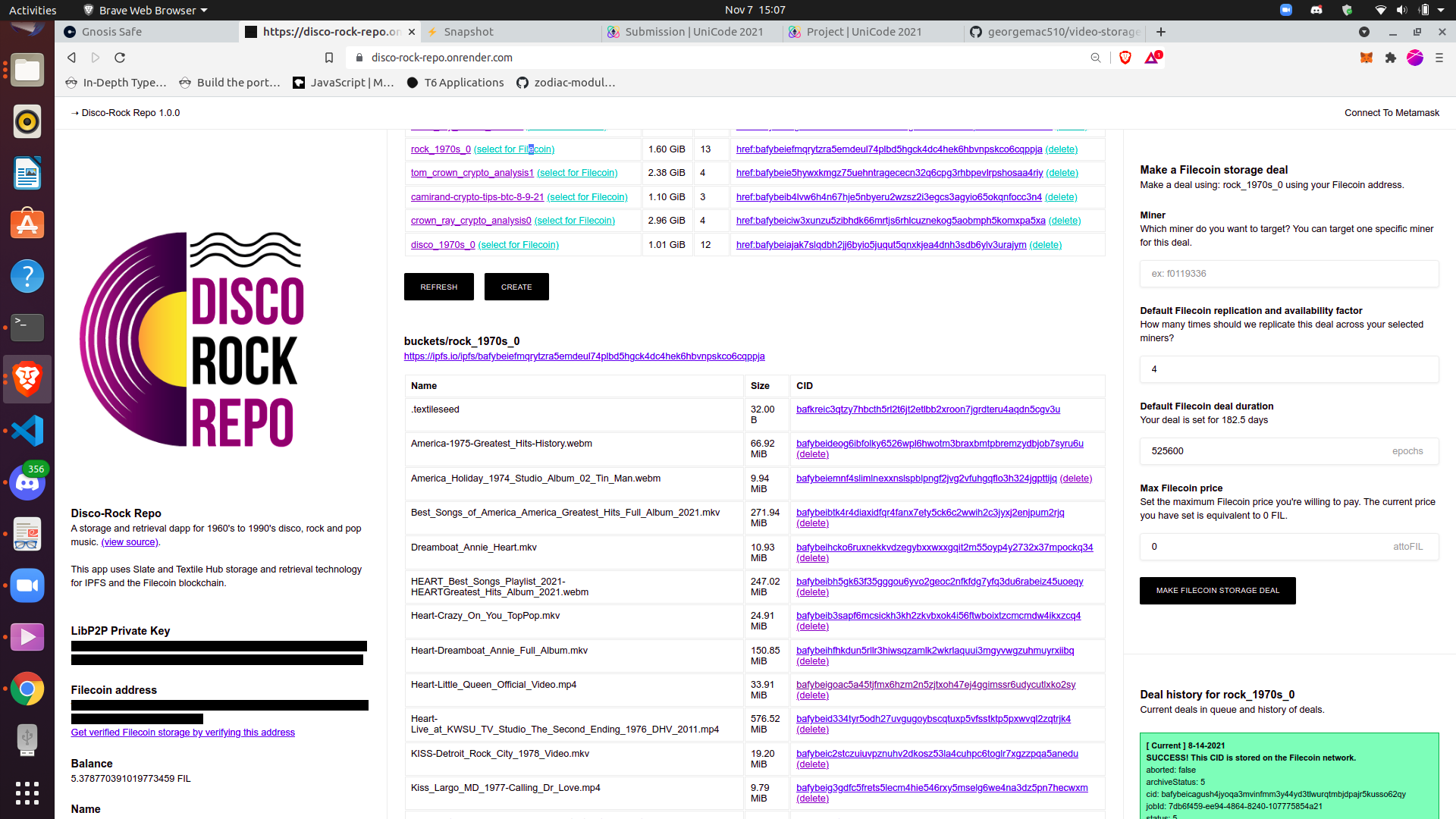 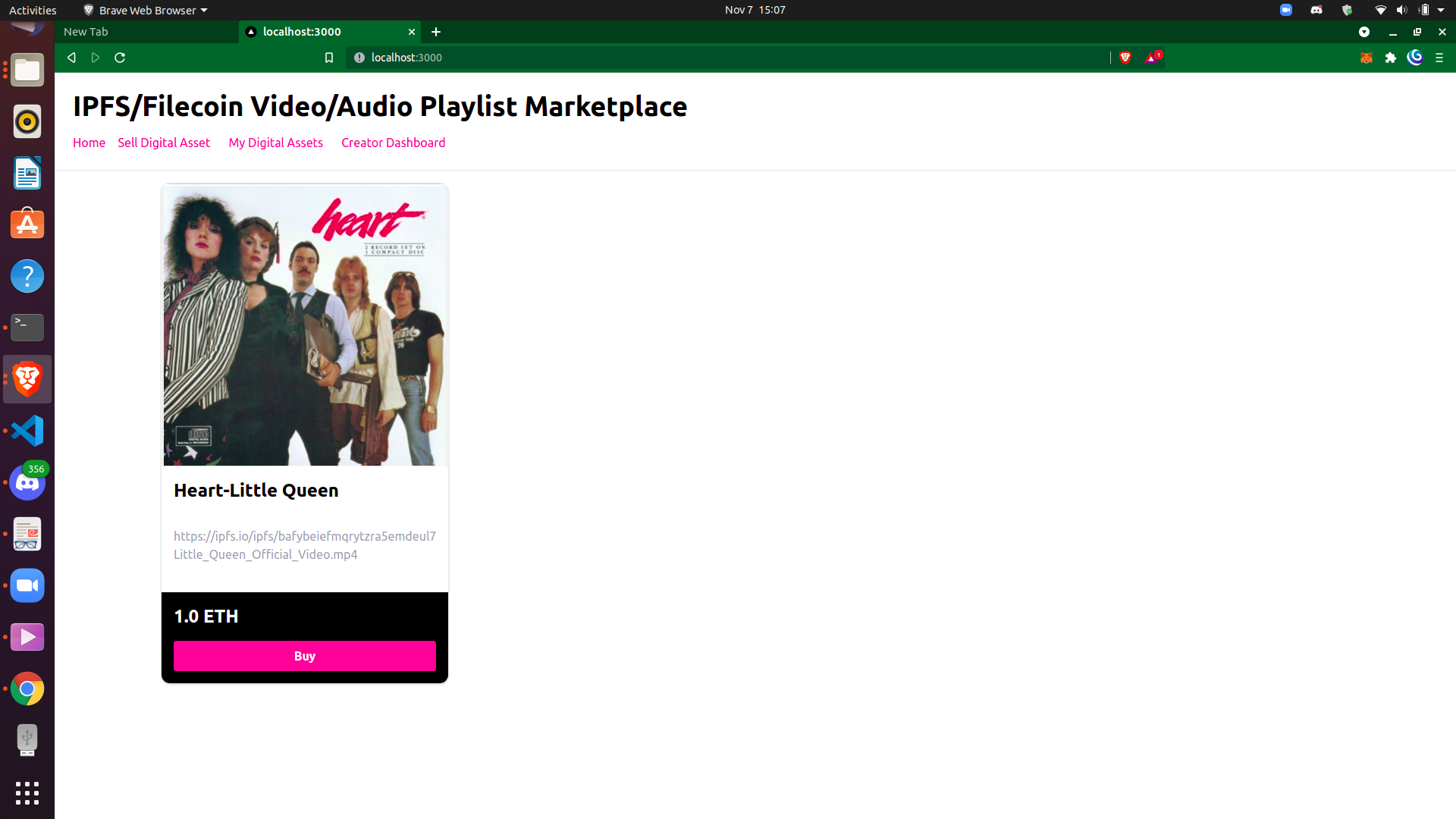 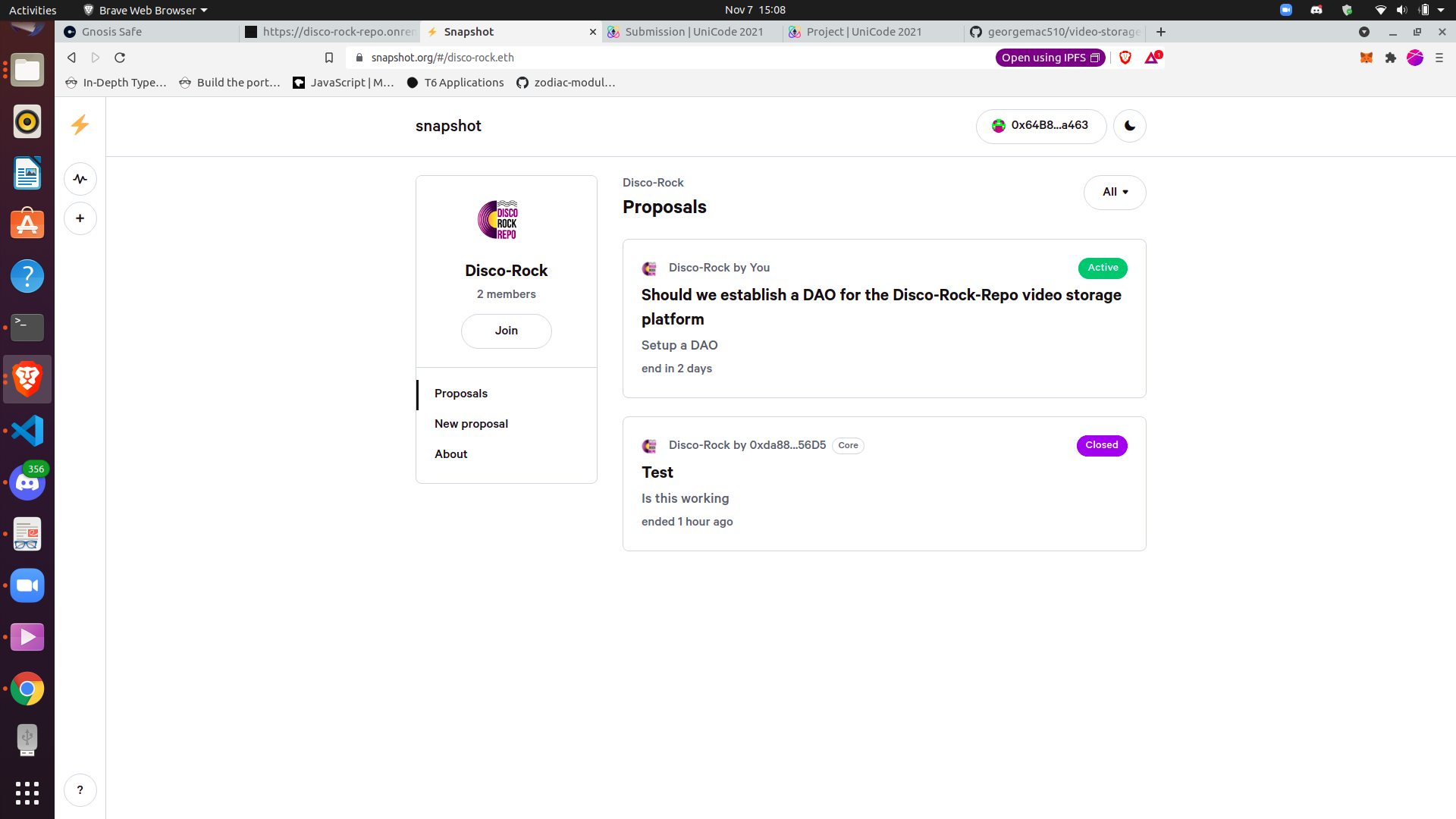 After building the Disco-Rock-Repo during HackFS, then Storage Payment App during ETHOnline, we thought that it might be necessary to have a mechanism where these 2 applications might look to for management and governance. We developed Storage App DAO which employs Gnosis Safe wallet and additional technologies to create proposals and permit voting for community members on issues that concern the future development of the Disco-Rock platform 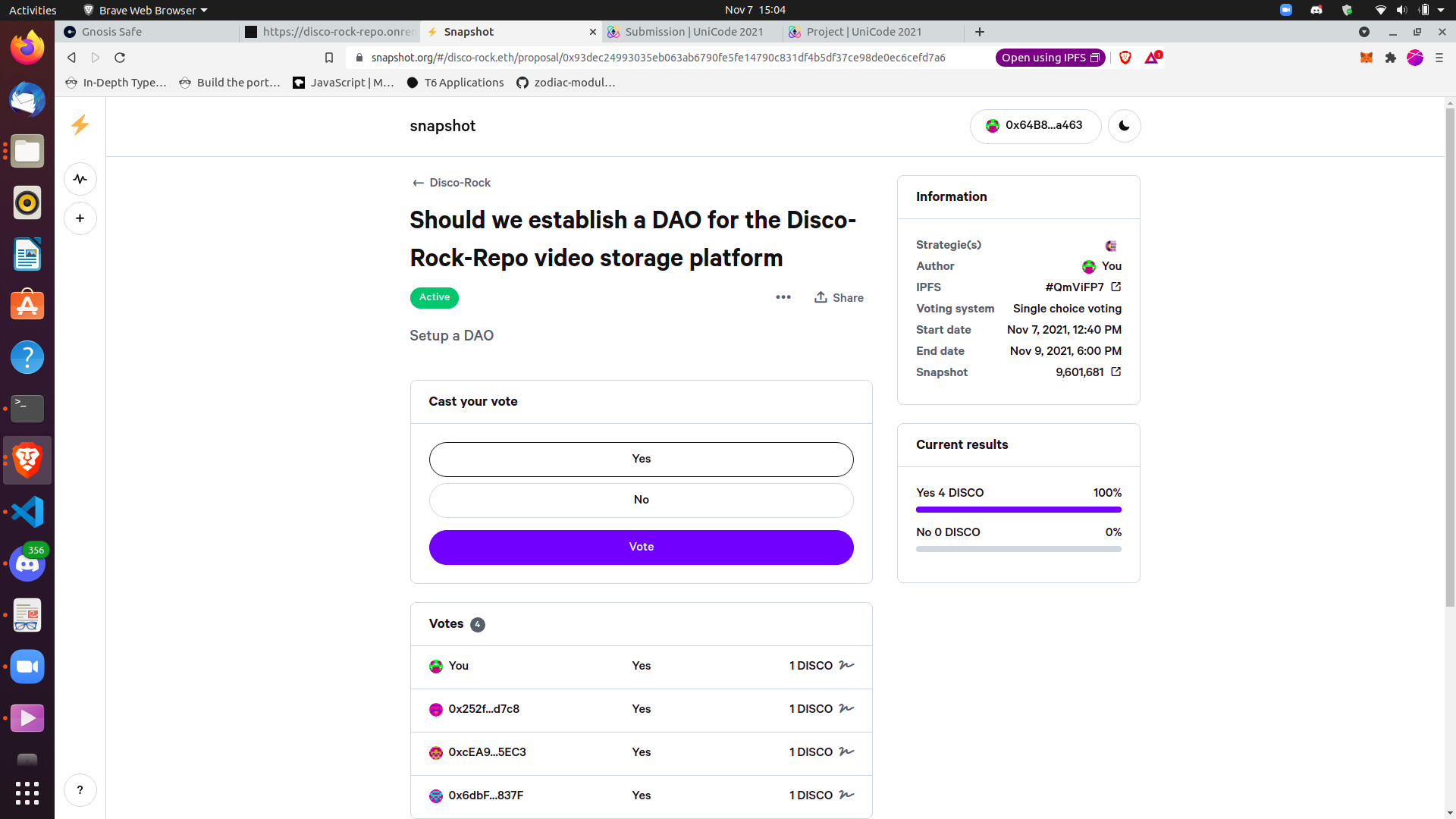 The Storage App DAO uses a Gnosis Safe wallet and a Gnosis Zodiac module to access Reality.eth smart contracts (14 contracts in total) which are deployed to drive proposal creation, manage voting and final outcome then execute the particulars of each proposal (i.e. proposal: Should we send Mouzayan 100 DISCO tokens for updating our smart contracts? outcome: A majority vote of "Yes" at the end of the voting period would have the smart contract execute the payment of 100 DISCO tokens to Mouzayan's address). This is all done through the Snapshot platform which serves as the proposal and voter UI. The proposal app will be instrumental in driving future development of the other apps and the overall growth of the platform.